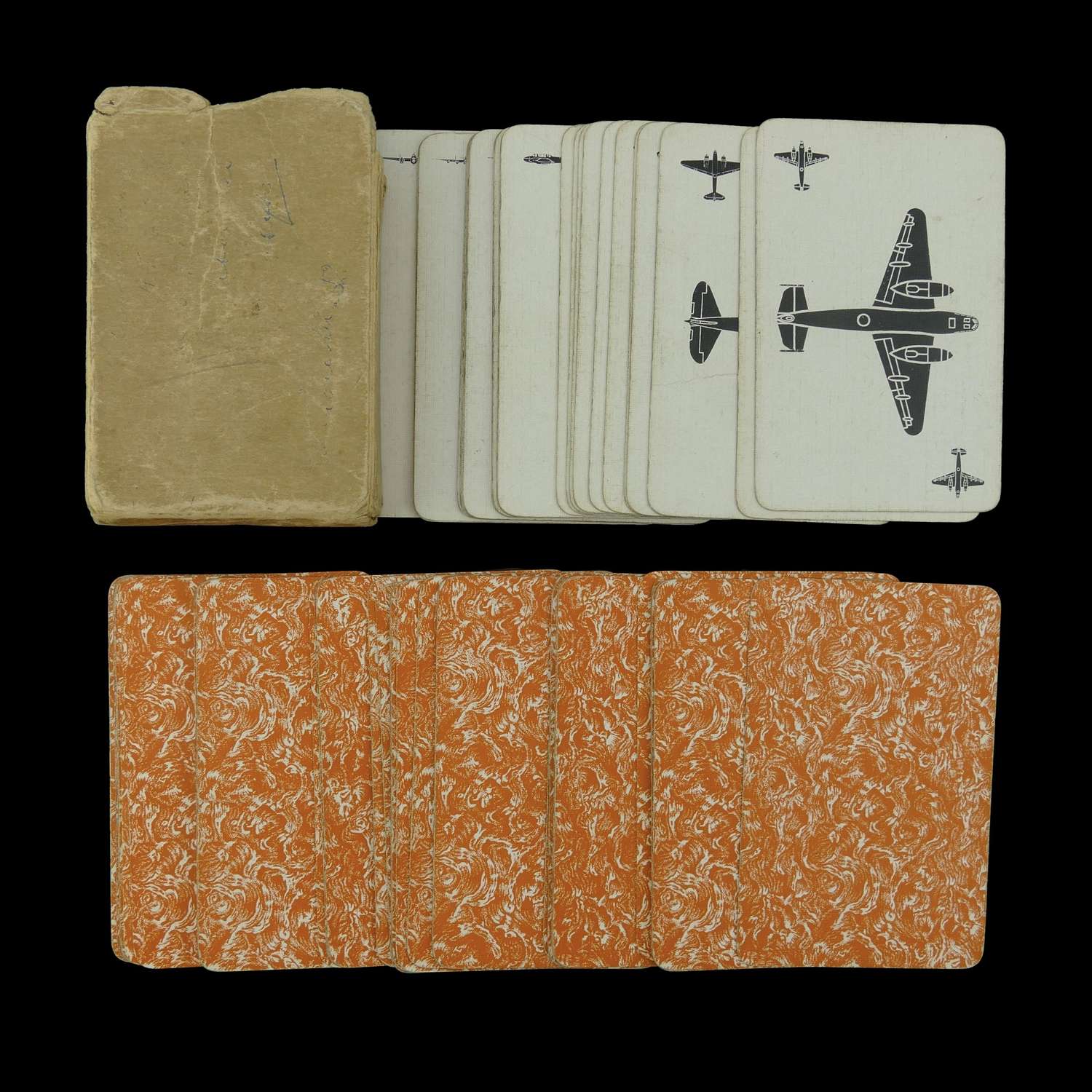 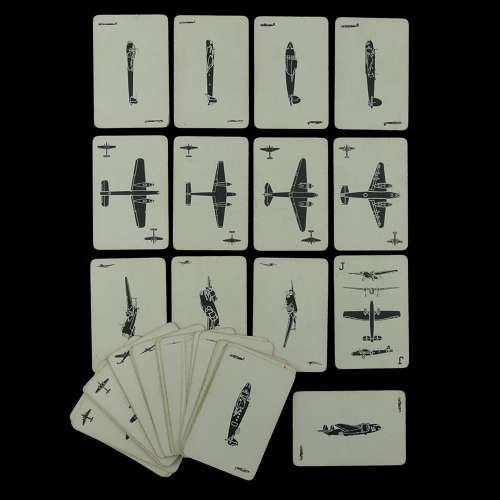 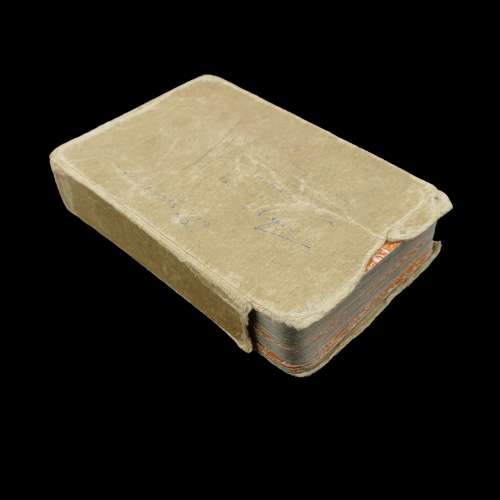 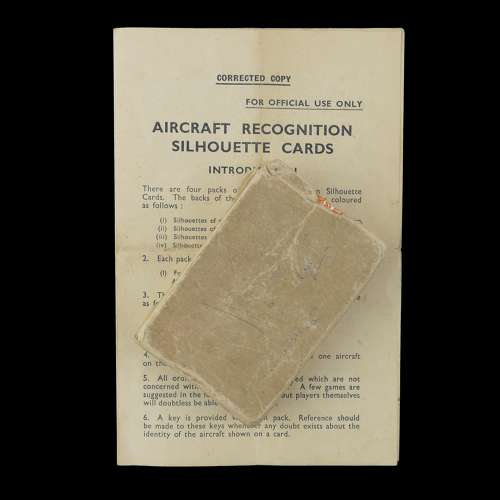 RAF / Air Ministry recognition cards, Orange pack, July 1941.  Used to test recognition of the featured aircraft.  Normally issued in boxes of four individual packs - each pack colour coded (Red, Blue, Green and Orange).  Several different sets were produced during the war, this pack dating from 1941.  It features mainly bomber aircraft and includes many famous wartime RAF & Luftwaffe variants.  The set appears to be complete and has the 'joker'.  The 'key' sheet is missing but we are offering a photocopy of the instruction sheet.  The cards are generally in good condition but the box lacks a lid and shows age related wear/soiling.  Stock code P14670.

NB Instruction sheet shown is an original - the buyer will receive a photocopy.