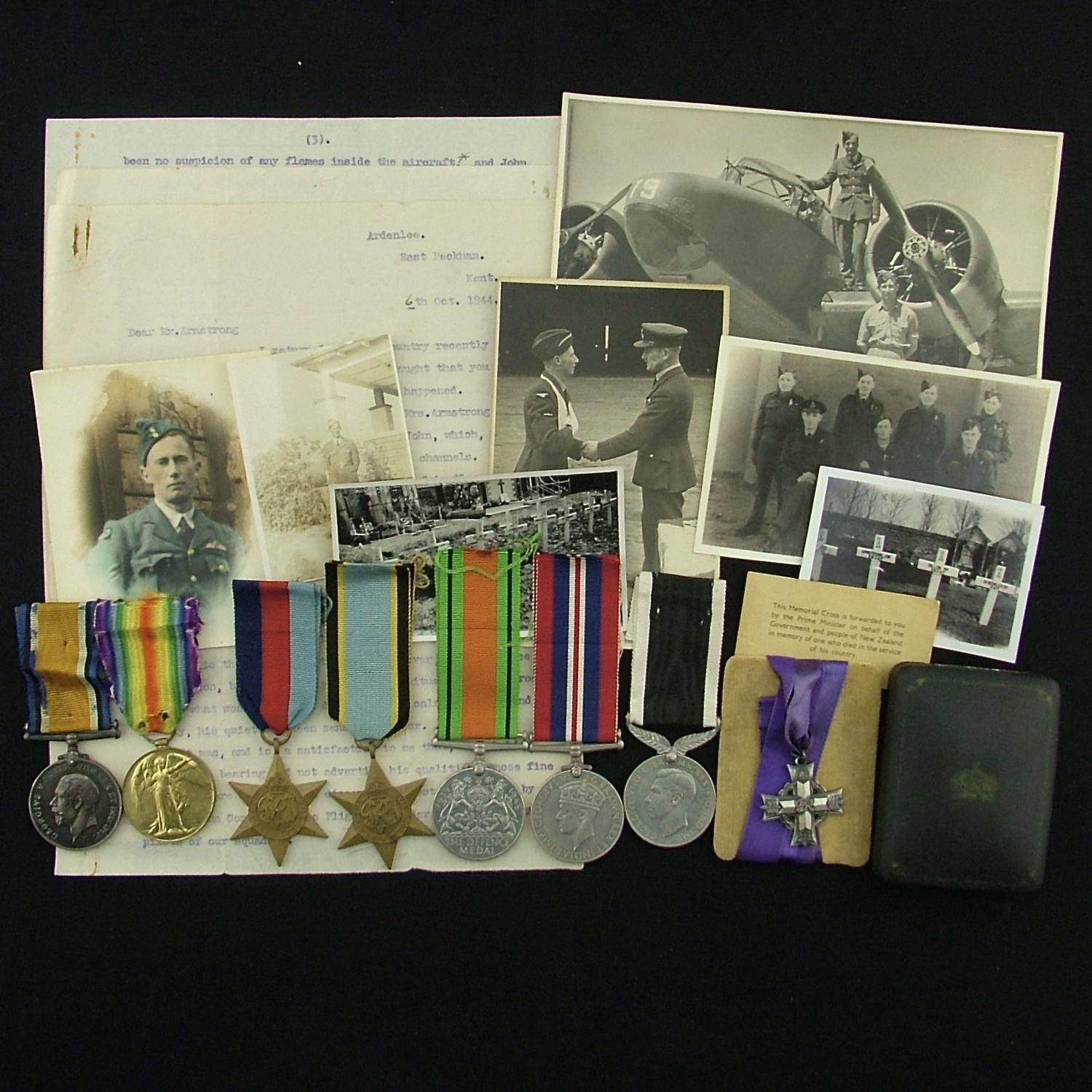 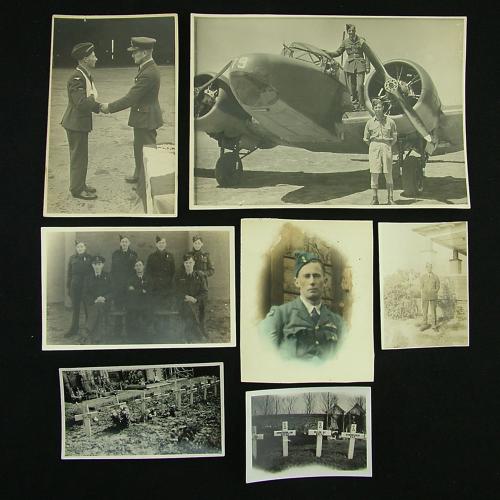 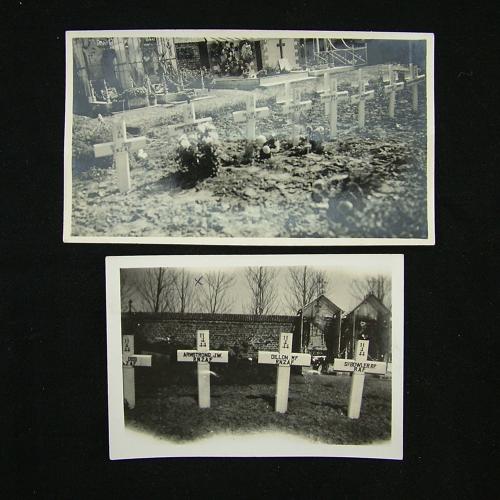 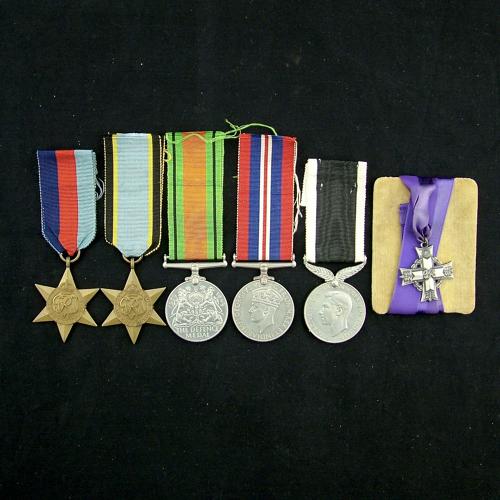 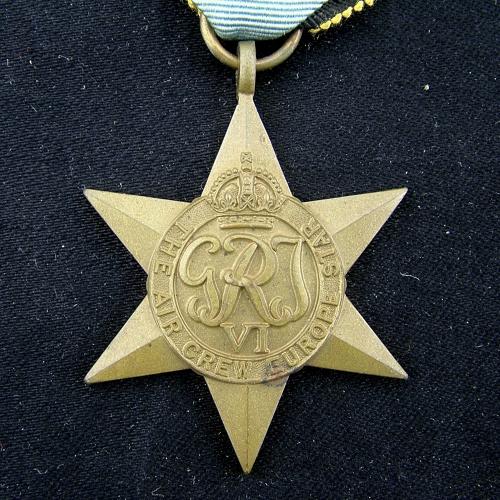 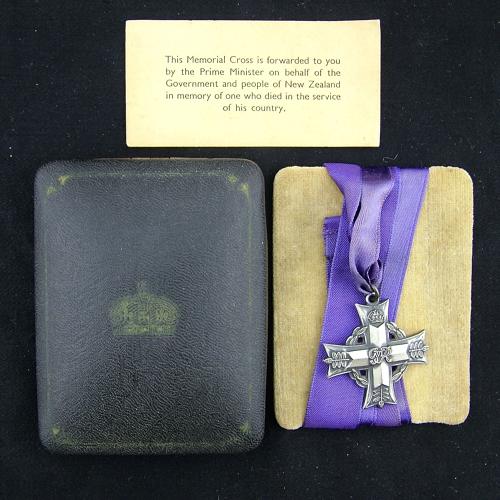 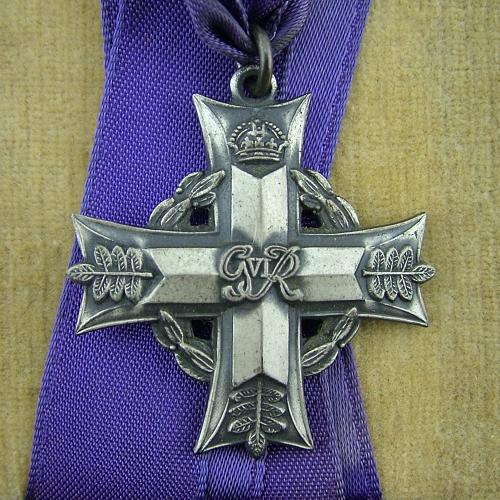 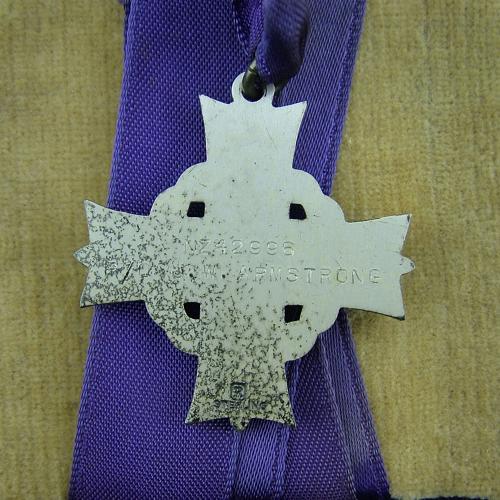 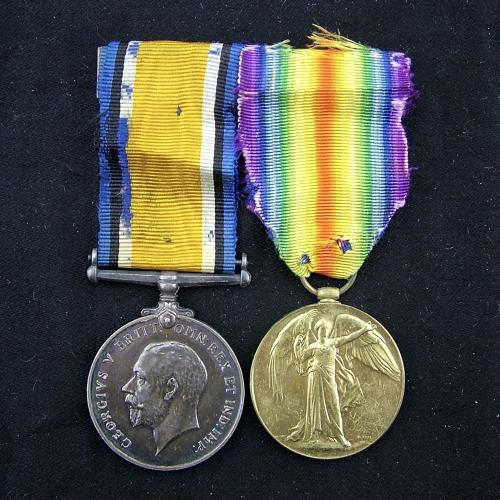 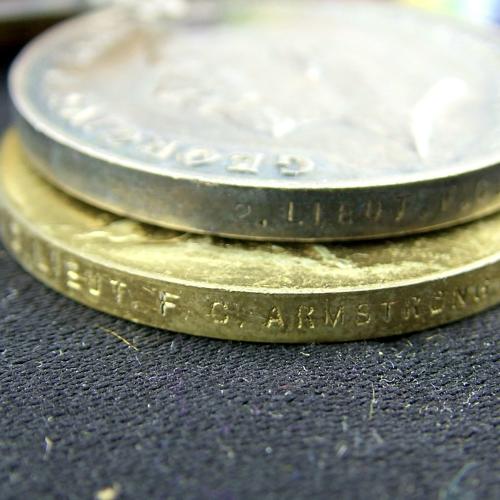 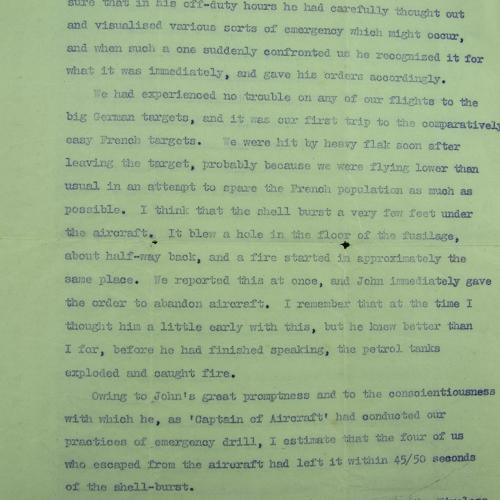 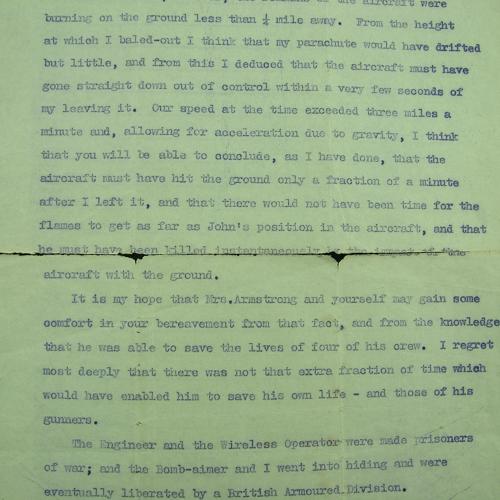 Medal grouping and paperwork/documents/photographs to R.N.Z.A.F. Pilot Officer John Walter Armstrong, a pilot with 103 Squadron, killed in action 11.04.44.  Armstrong was the pilot of Lancaster III, JB732 PM-S that took off at 2310hrs from Elsham Wolds for an operational sortie on Avinoye, France.  On return from the target whilst flying at 10,000', the aircraft encountered heavy flak and received a direct hit blowing a huge hole in the fuselage floor.  This started a fire and Armstrong gave the order to abandon the aircraft just as the fuel tanks exploded. The aircraft crashed near Meharicourt (Somme), 32 km E.S.E. of Amiens.   An original and very poignant letter written to his parents by the crew's Navigator in October 1944 explains that Armstrong still had the aircraft under control when most of the crew had baled out.  He goes on to say 'when I landed, however, the remains of the aircraft were burning on the ground less than half a mile away...I deduced that the aircraft must have gone straight down out of control within a very few seconds of my leaving it...and there would not have been time for the flames to get as far as John's position in the aircraft, and that he must have been killed instantaneously by the impact of the aircraft with the ground'.  Of the crew, P/O H.J. Beddis (Flt Enginner) and Sgt. L Fisher (W/Op) were made P.o.Ws.  F/Sgt. A. MacAulay (bomb aimer) and F/O Alec W Drage (Navigator)went into hiding, evaded capture and were eventually liberated by the British Armoured Division.  Armstrong, F/O M.F. Dillon R.N.Z.A.F. and Sgt. R.P. Bowler (airgunners) all died and are buried in Meharicourt Communal Cemetary.  The medals include 1939-45 star, Air Crew Europe star, Defence, War, New Zealand Service medal and cased/named New Zealand Memorial Cross.   Also comes with 8 photographs including Armstrong in uniform, with his crew and of the temporary grave markers.  Finally this lot comes with Armstrong's father's WW1 British war and victory medals, named to 2 Lieut. F.C. Armstrong.  A very interesting grouping worthy of further research.  Stock code P23501.