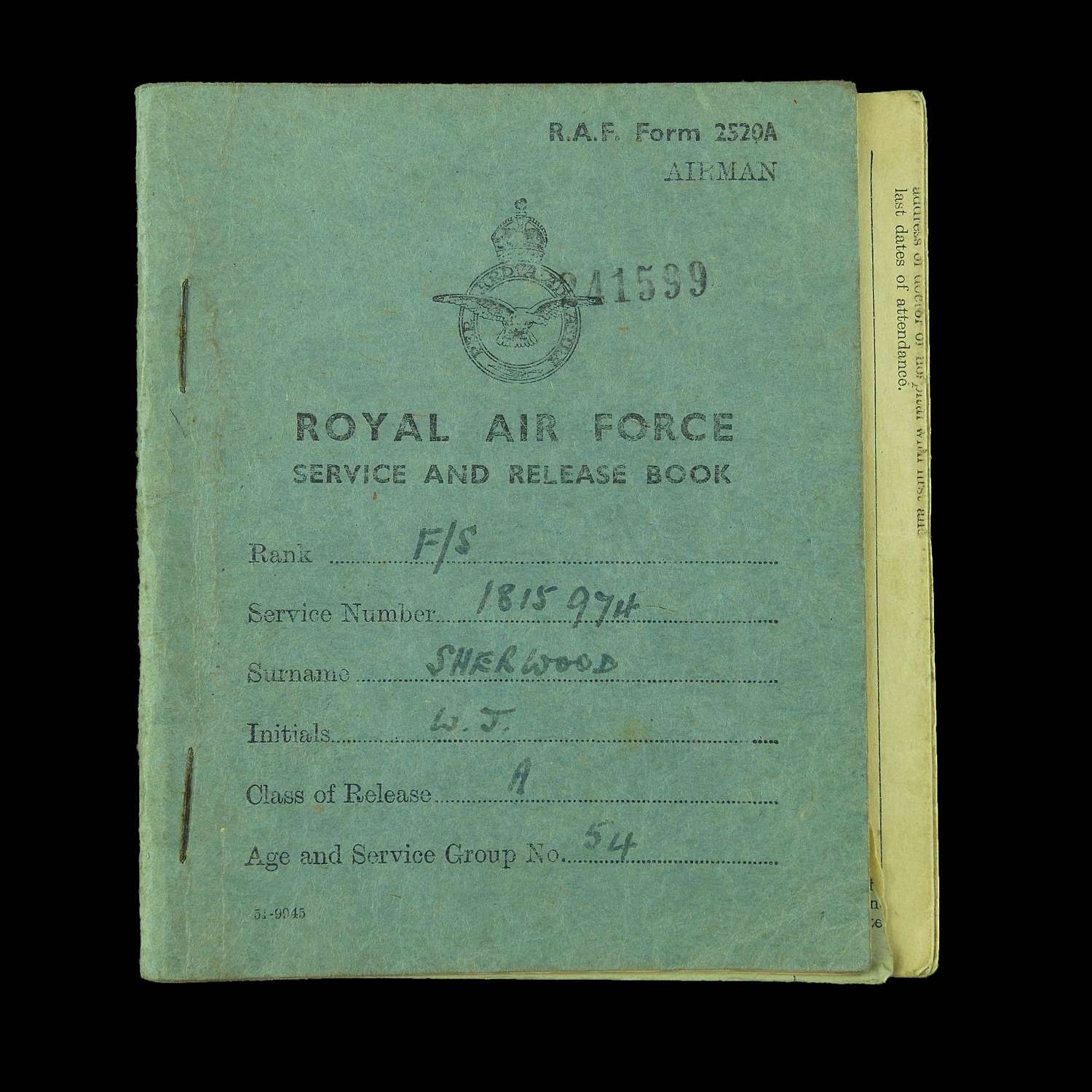 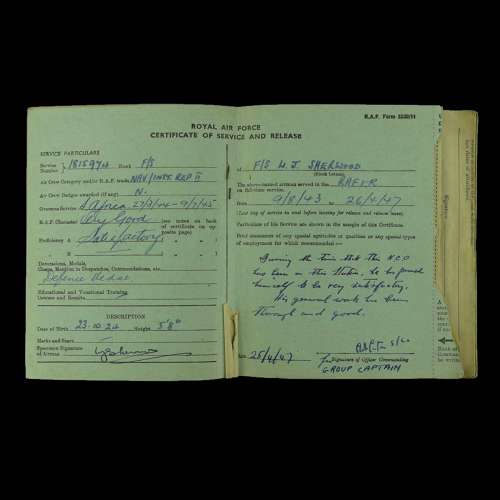 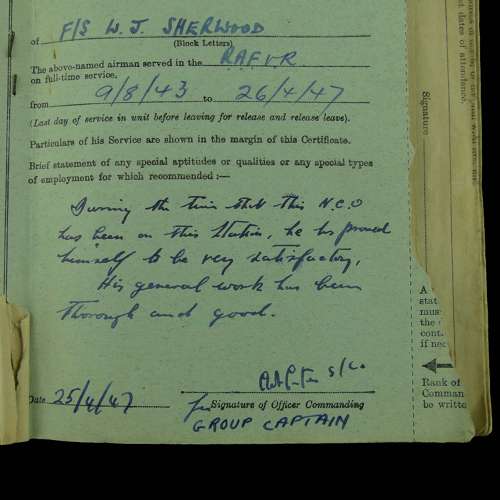 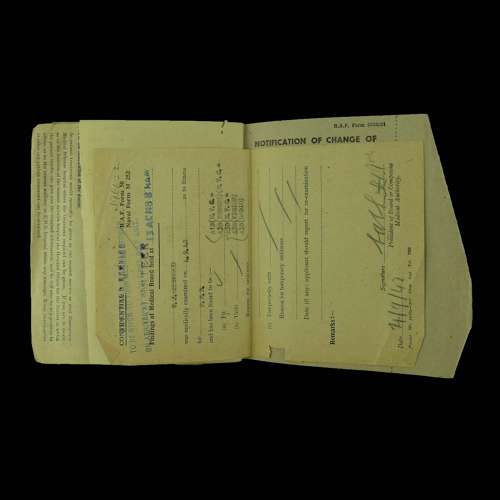 RAF Form 2520A.  Airman's Service & Release book.  Named to Sergeant John McKay Masterton RAFVR, 1027432, who served as a Wireless Operator between October 1940 and December 1945.   He was discharged in February 1946.  Also comes with a pass for RAF Leuchars c.1944/45, a leave form allowing him off base at Leuchars to visit his home in Blackpool c. 1945 and a Blackpool Corporation Transport pass issued to his wife/mother c. 1941.  She appears to have been employed by Ministry of War Transport, based at the County Hotel in Blackpool.  Creased/worn throughout.  All items worn/creased but legible.  Stock code P19861.