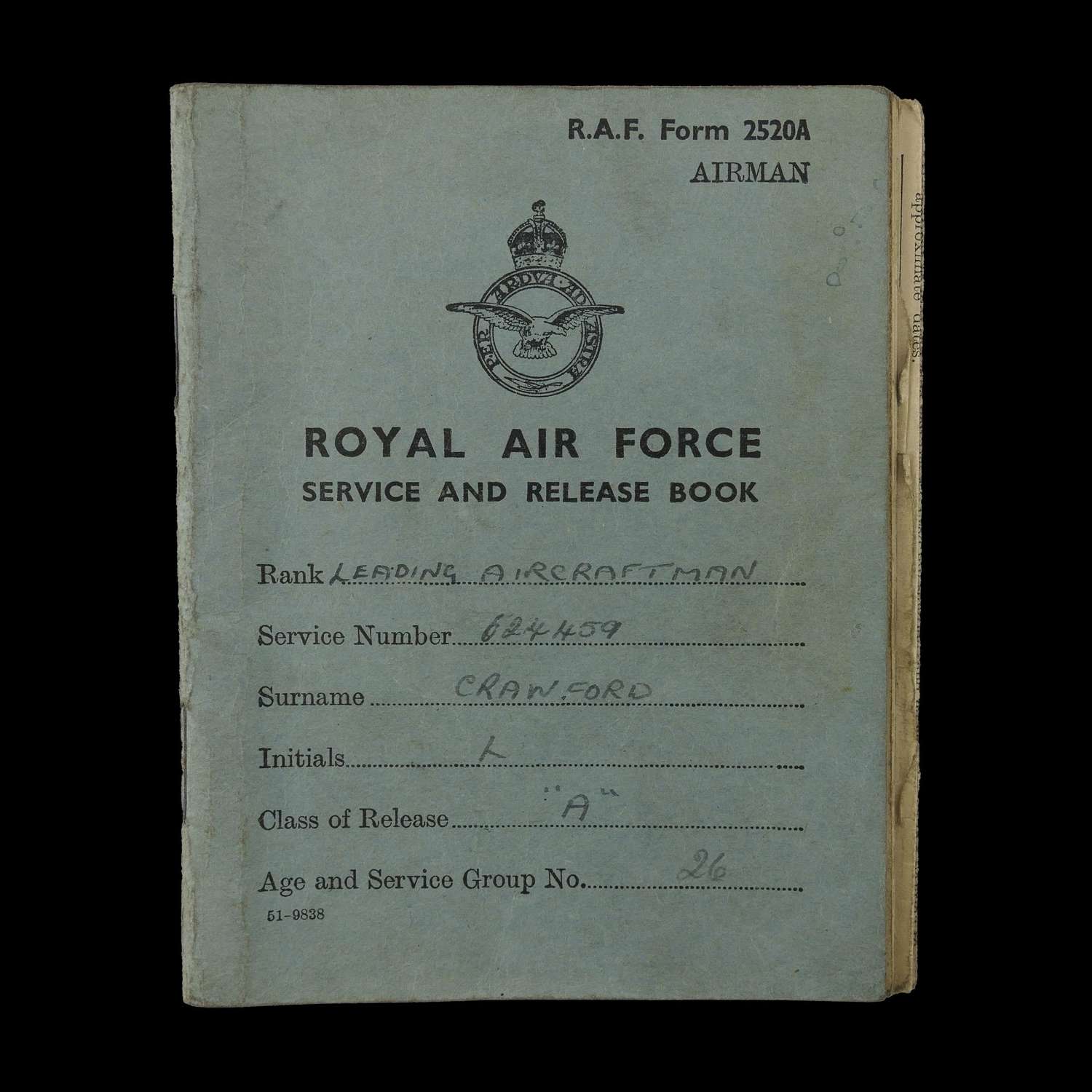 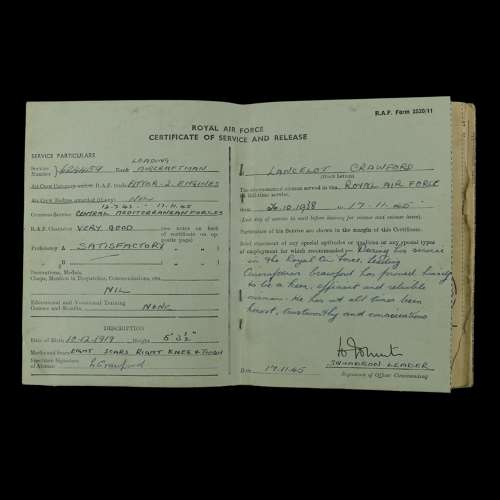 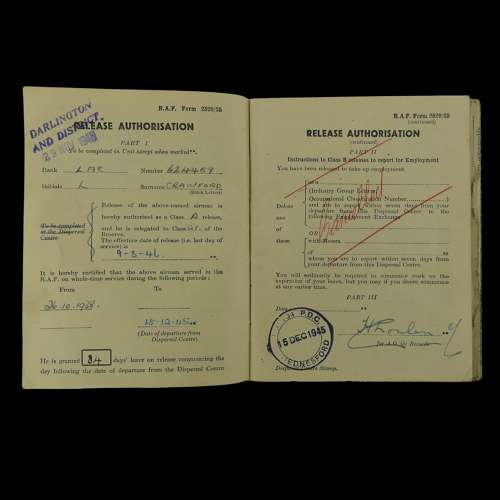 RAF Form 2520A.  Airman's Service & Release book.  Named to Leading Aircraftsman Lancelot Crawford RAFVR, 624459, who served as an aircraft fitter between October 1938 and November 1945.  He served overseas with the Central Mediterranean Forces between July 1943 and November 1945, is described as being of 'very good' RAF character and a 'keen, efficient and reliable airman'.  Creased/worn but perfectly sound.  Stock code P22873-216.