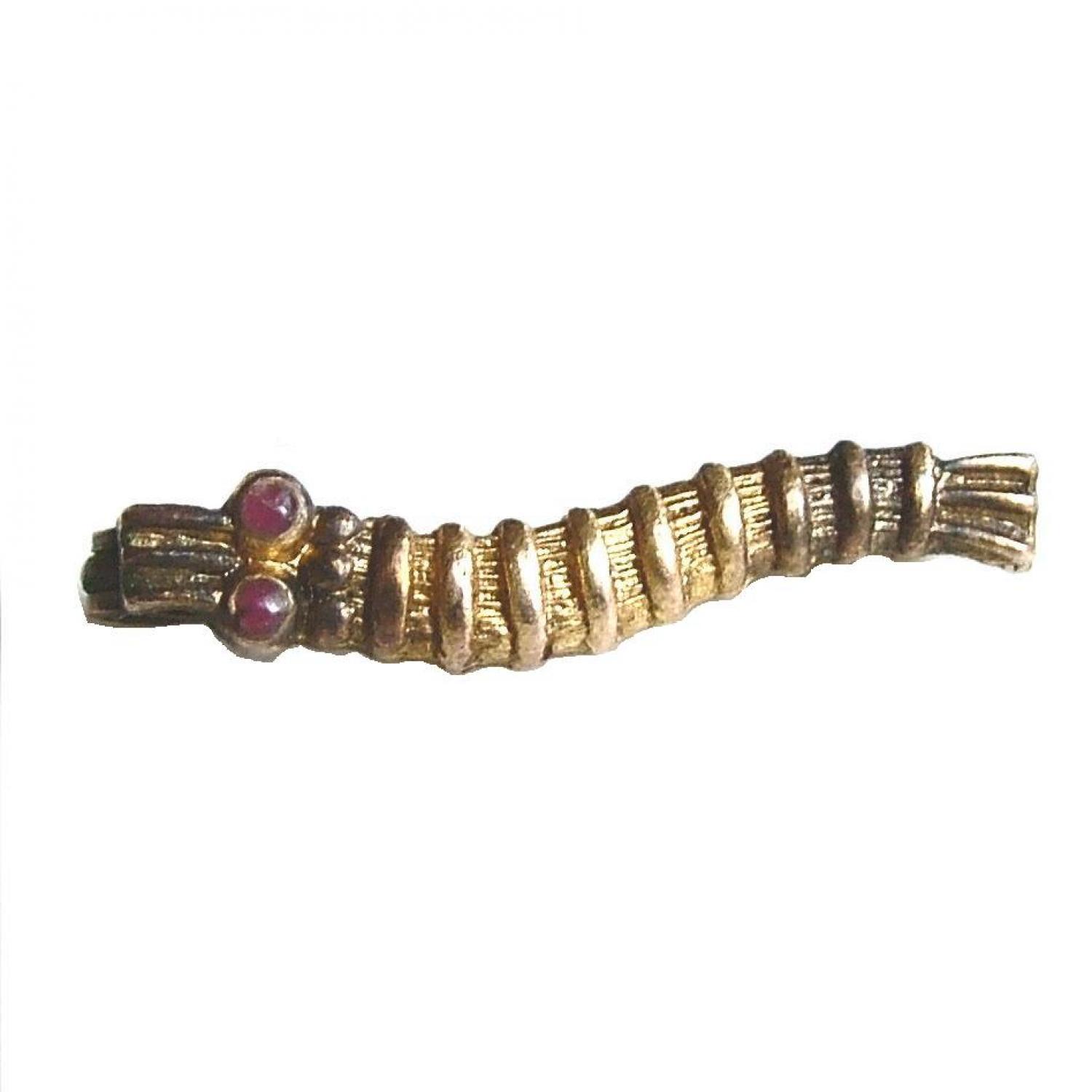 Awarded/named to 'W/O R. Gulliford'.  We believe this to be R.L. Gulliford of Midsomer Norton, near Bath in Somerset, son of Sgt. H. Ewart Gulliford (R.A.O.C.). He  flew then as a Flight Sergeant second pilot with 514 squadron, based at Waterbeach in Cambridgeshire.  On the night of 30th January 1944 he was part of the crew of AVRO Lancaster II, DS735 JI-A on Ops over Berlin, Germany.  The aircraft took off at 17.22 and was shot down during the flight approximately 10 miles North of Brandenburg. Three of the crew died in the crash and are buried in the Berlin War Cemetary, the remaining men baling out safely to become prisoners of war.  Gulliford  was held in Stalag Luft 6 (Heydakrug, Germany) and 357 Torun (Thorn) in Poland, his POW No. was 1096.

The 9 carat gold caterpillar badge is just 2cm in length, has ruby/amethyst gemstone eyes and other than being lightly tarnished, is in excellent condition and engraved to the rear 'W/O R GULLIFORD'. Comes with the rare original Caterpillar Club letter dated 2nd August, 1945, personally signed by Leslie Irvin.  Further research recommended. Caterpillar badges are increasingly rare to find.   Stock code M15335. 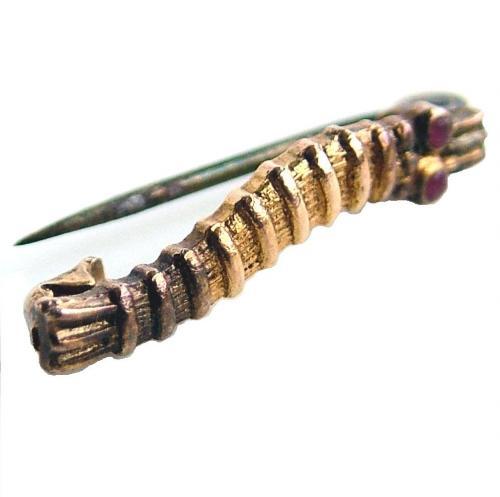 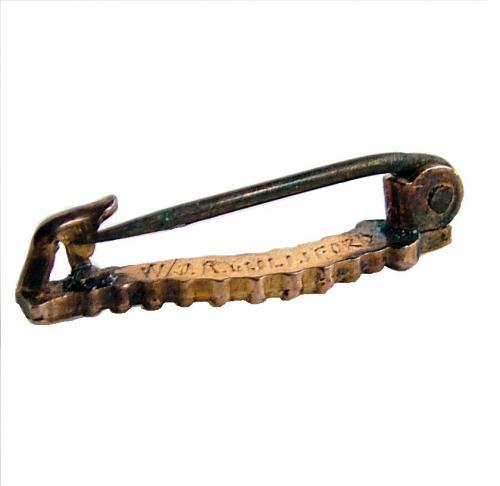 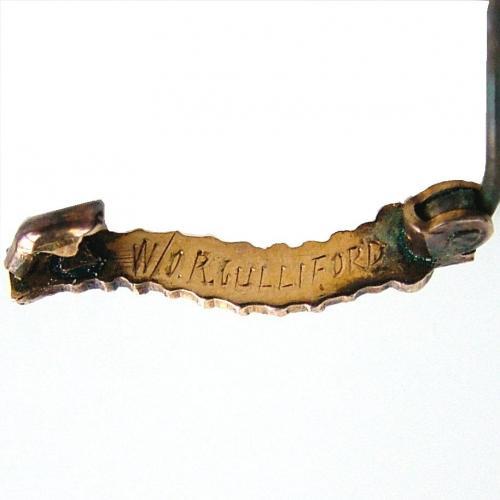 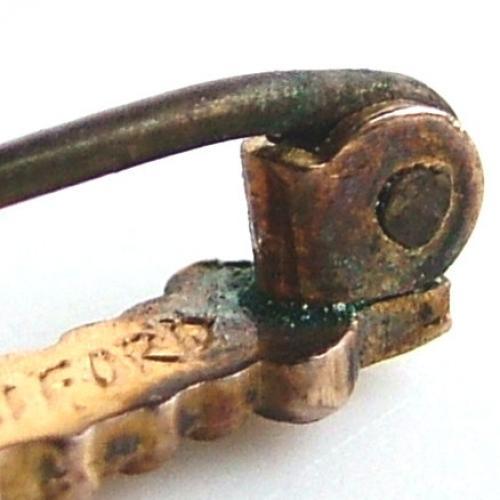 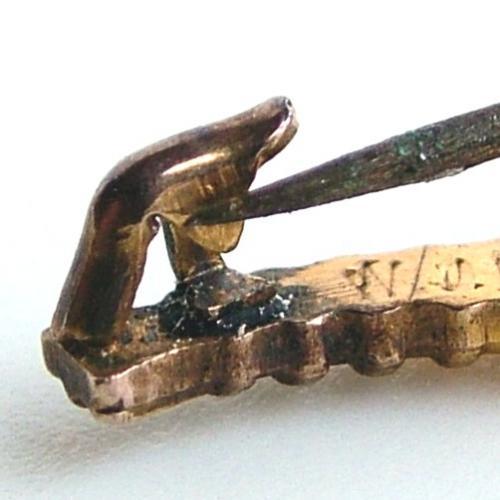 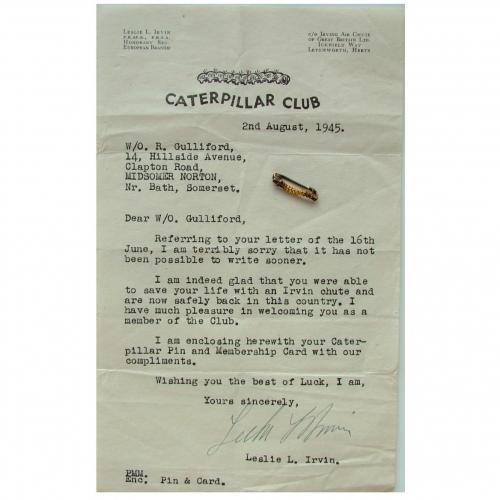 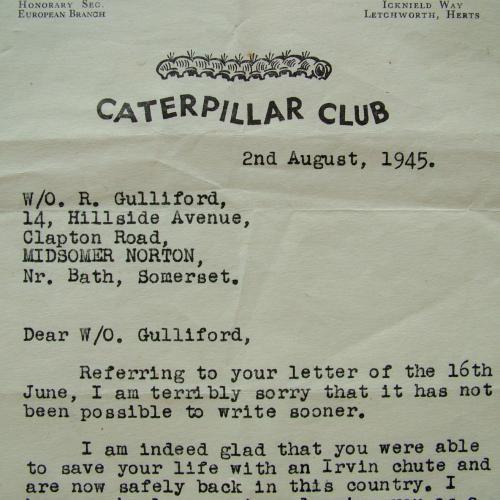 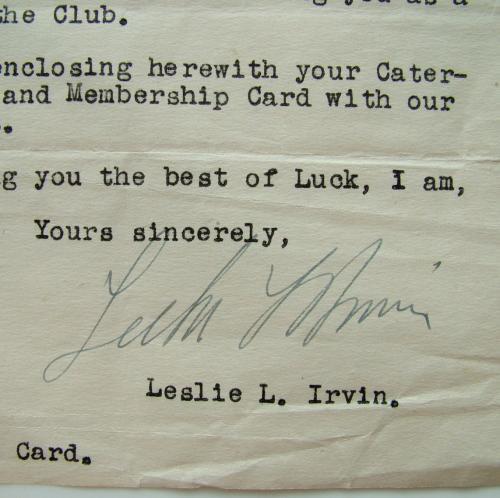 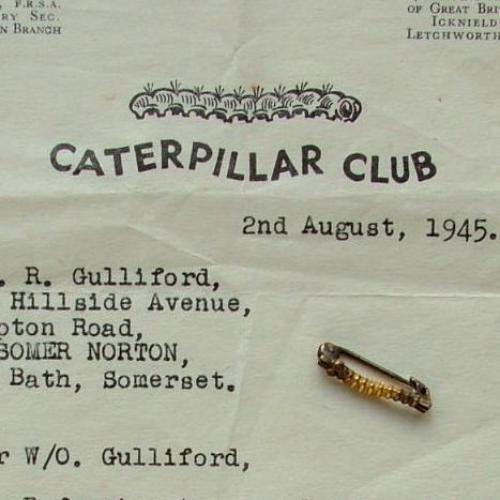