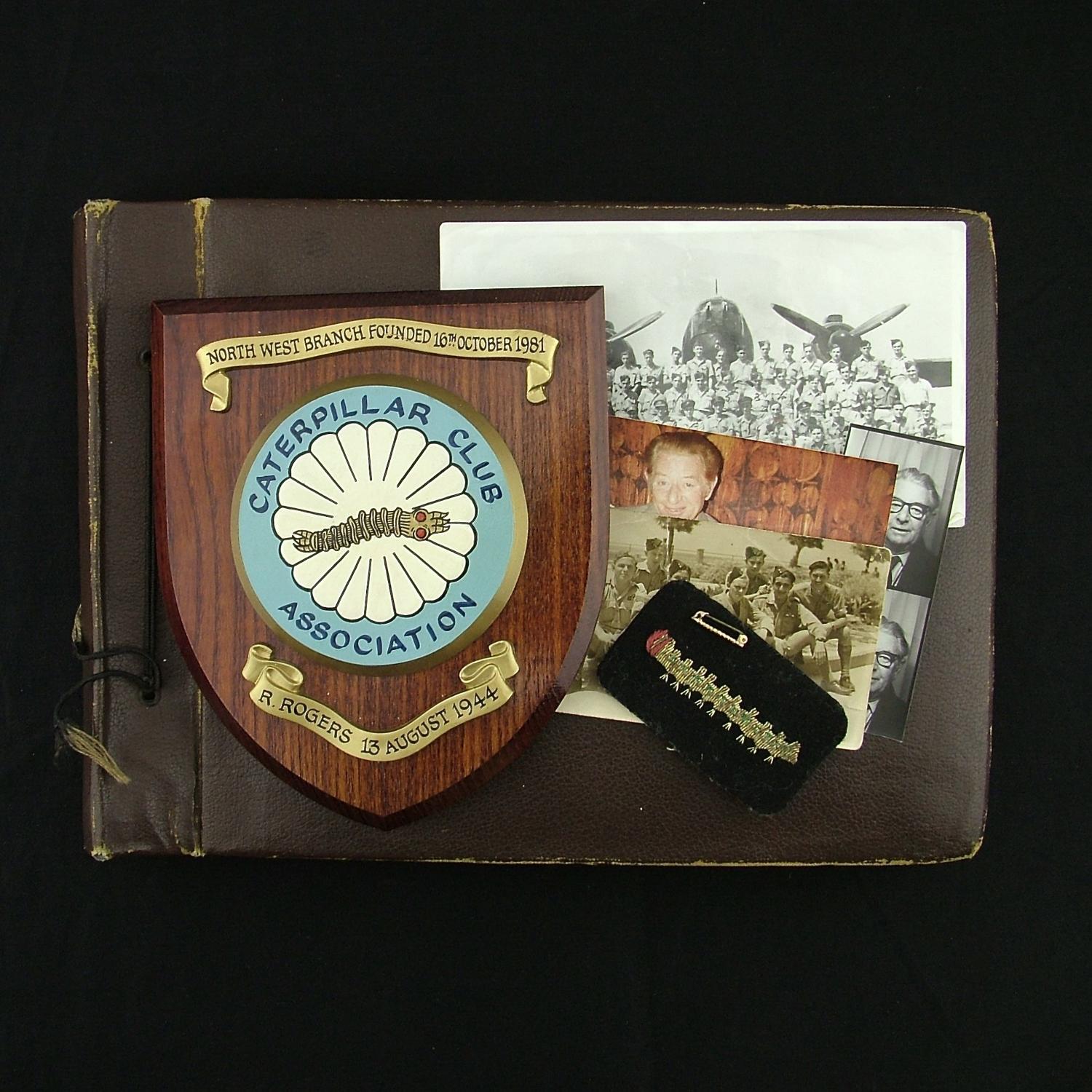 Caterpillar badge and photograph album group named to Sergeant Reginald Rogers (1530949) who flew as a wireless operator / airgunner with No.37 squadron.  His photograph album (31 x 23cm), suggests he was based in Italy.  The first few images are of India but these are interpersed with operational raid photographs from his sorties over various targets in Hungary, Yugoslavia and mainly Italy during August/September 1944.  Targets include oil refineries, marshalling yards, a pontoon bridge and ship yards with sorties over Kraljevo, Rimini, Brescia, Verona, Graz, Bologna etc.  Some of these show bombs or supply containers dropping over the target area.  Other photographs show RAF personnel including Rogers himself.  The squadron were evidently based at Foggia as there are images around the area including an air to air shot of Wellington X J-Johnny on her first bombing trip, the RAF Malcolm and NAAFI Clubs in Foggia, airmen at the 40 squadron 'B' flight party and dance, the Garrison theatre, bomb damage etc.  Further photographs show snow falling at Foggia airfield, accomodation tents, petrol trucks, the cookhouse etc.  There are also images of of USAAF 15th AF Mitchell bombers  including some excellent rare photos of their nose art.  The Seven Dwarves "Dopey" was painted on B-24 J-1 (42-78600) of the 343rd Bomb Squadron, 98th bomb group; "Miss Bee Haven" on B-24 J-15 (42-52058) of the 415 bomb squadron, 98 Bomb group.  Other photos show Mount Vesuvius erupting and spewing lava and a few at the end suggest he was with 10 Squadron at Poona in India as there are general views around Karachi, Dheli and Bombay.  Somewhat confusingly the photographs don't seem to be in the correct order athough many are captioned and all the bombing photos have full details of the raid shown printed on them. The album is a little tatty with some of the greasepaper sheets between the pages missing/torn.  Some photos are also missing.  There are a total of approximately 125 images of which 33 are target photos with a further 33 of personnel or RAF/AAF related content.  The remainder are view of towns/cities/family etc.

On the night of August 13/14th 1944, Rogers took off from Tortotella in Wellington Mk.X, MF347, piloted by Sgt. H. E. Daynes as part of eleven aircraft from 37 squadron flying in support of 'Operation Dragoon', the allied invasion of Southern France. The inner harbour at Genoa contained docks, shipyards, a number of enemy vessels, motor torpedo boats and heavy gun emplacements, all of which were targeted.  They encountered heavy accurate flak but no enemy aircraft.  The weather was clear and target indicators were well placed and a total of ninety seven 500lb bombs were dropped between 2330 and 2239hrs along with 55 packets of propaganda leaflets.  Bombing was well concentrated and the attack was very successful.  Unfortunately Daynes's bomber had two 500lb bombs remain stuck in the bomb bay and engine trouble causing excessive fuel consumption en route to the target.  With the risk of running out of fuel on the return leg and landing with 2 bombs on board, Daynes gave the order to bale out and the entire crew - Sgt. H.E. Daynes, Sgt. F. Marsh, Sgt.Rogers, Sgt. K.A. Liles and Sgt. G.I. Miller  landed safely in the Rome area, all becoming members of the elusive Caterpillar Club.

The 9 carat gold caterpillar badge is just 2cm in length, has ruby/amethyst gemstone eyes and other than being lightly tarnished, is in excellent condition and engraved to the rear 'SGT R ROGERS'. It also comes with his extremely rare original gold bullion embroidered blazer badge, approximately 8 x 4.5cm, a personalized painted wooden plaque from the Caterpillar Association, a 37 squadron photo (18 x 10cm), a small crew photo (11.5 x 7cm) and one of Rogers  in 1980 where his Caterpillar pin can be seen on his tie.  In excellent condition. Further research recommended. Caterpillar badges are increasingly rare to find.   Stock code M19695. 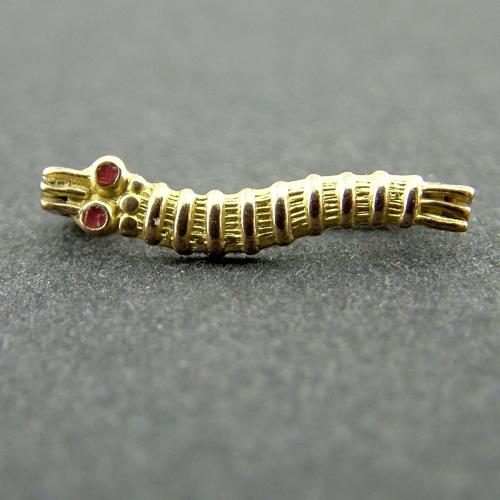 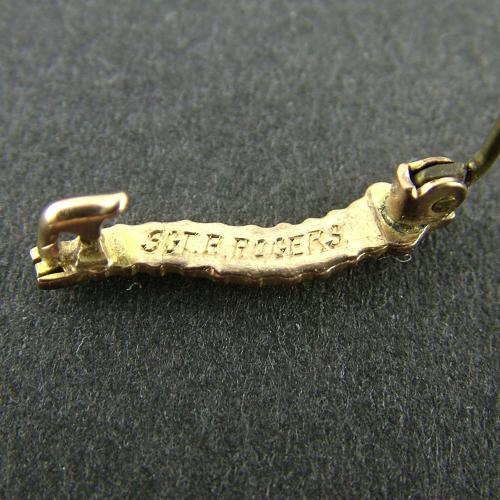 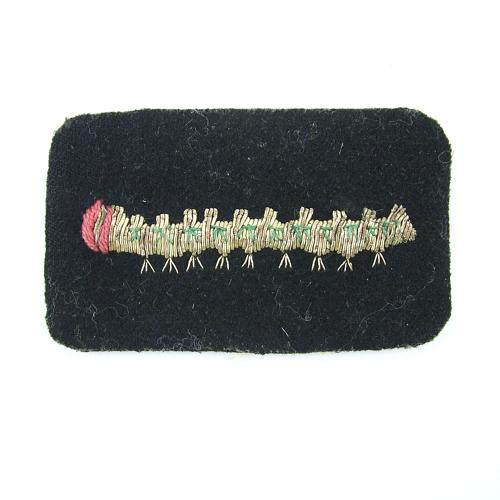 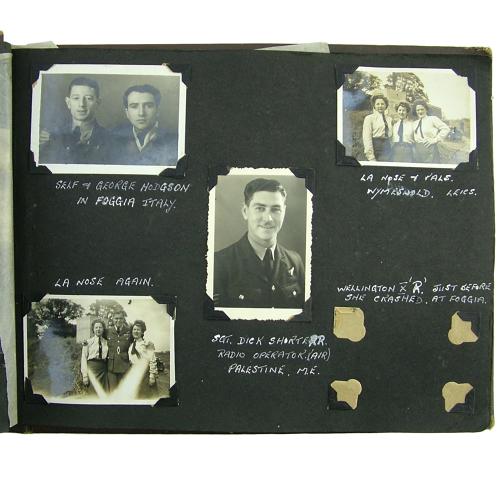 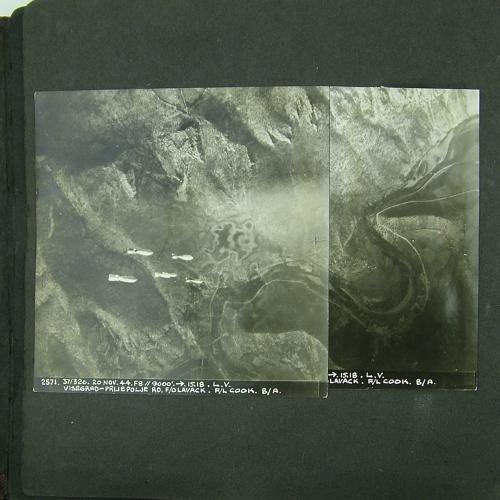 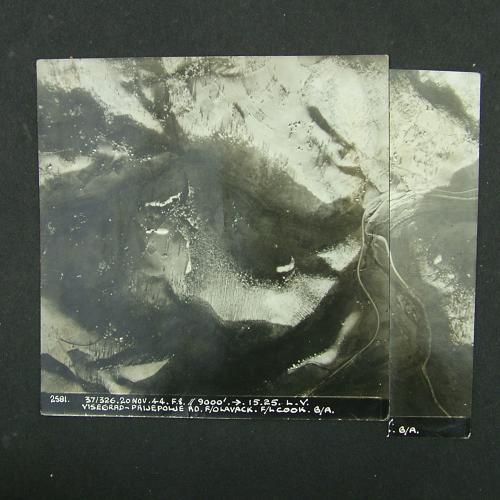 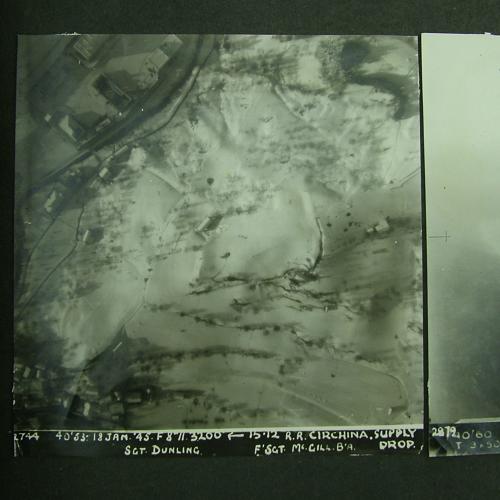 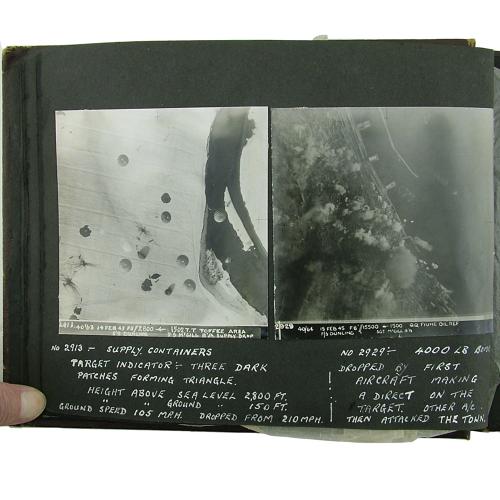 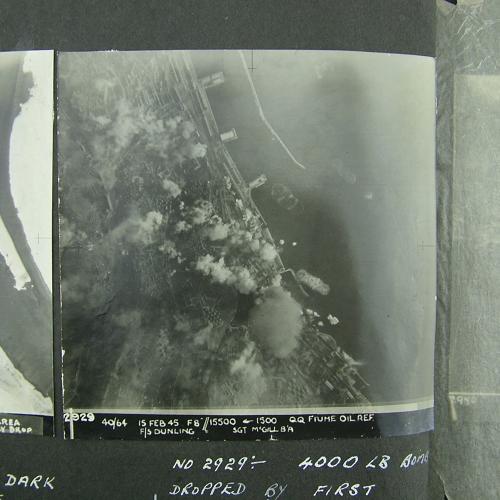 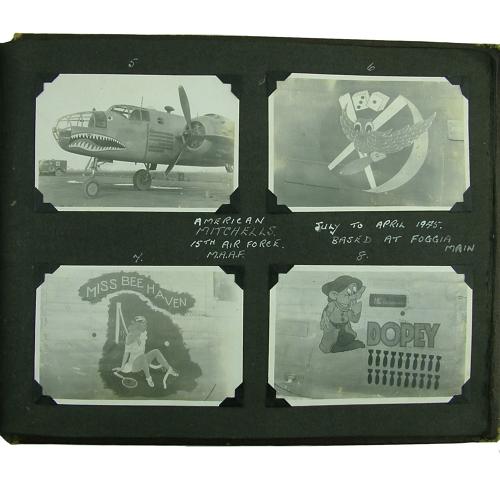 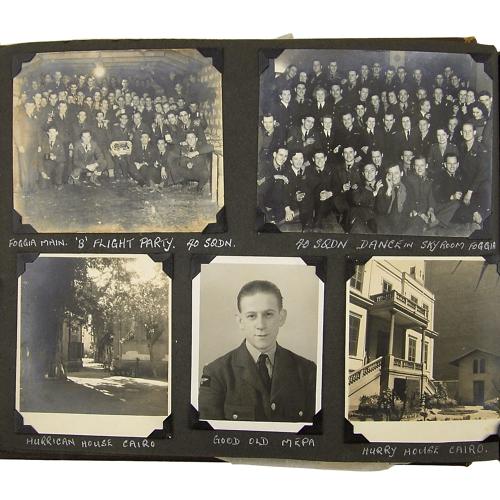 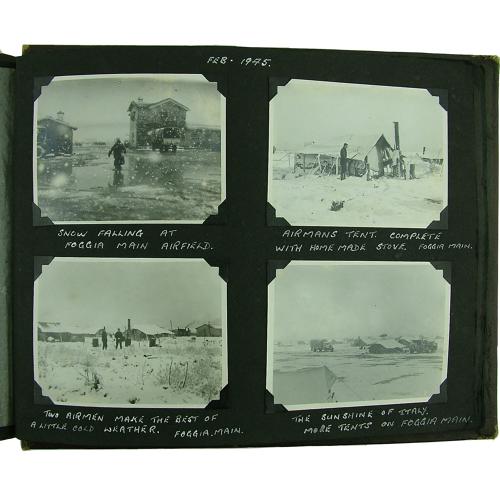