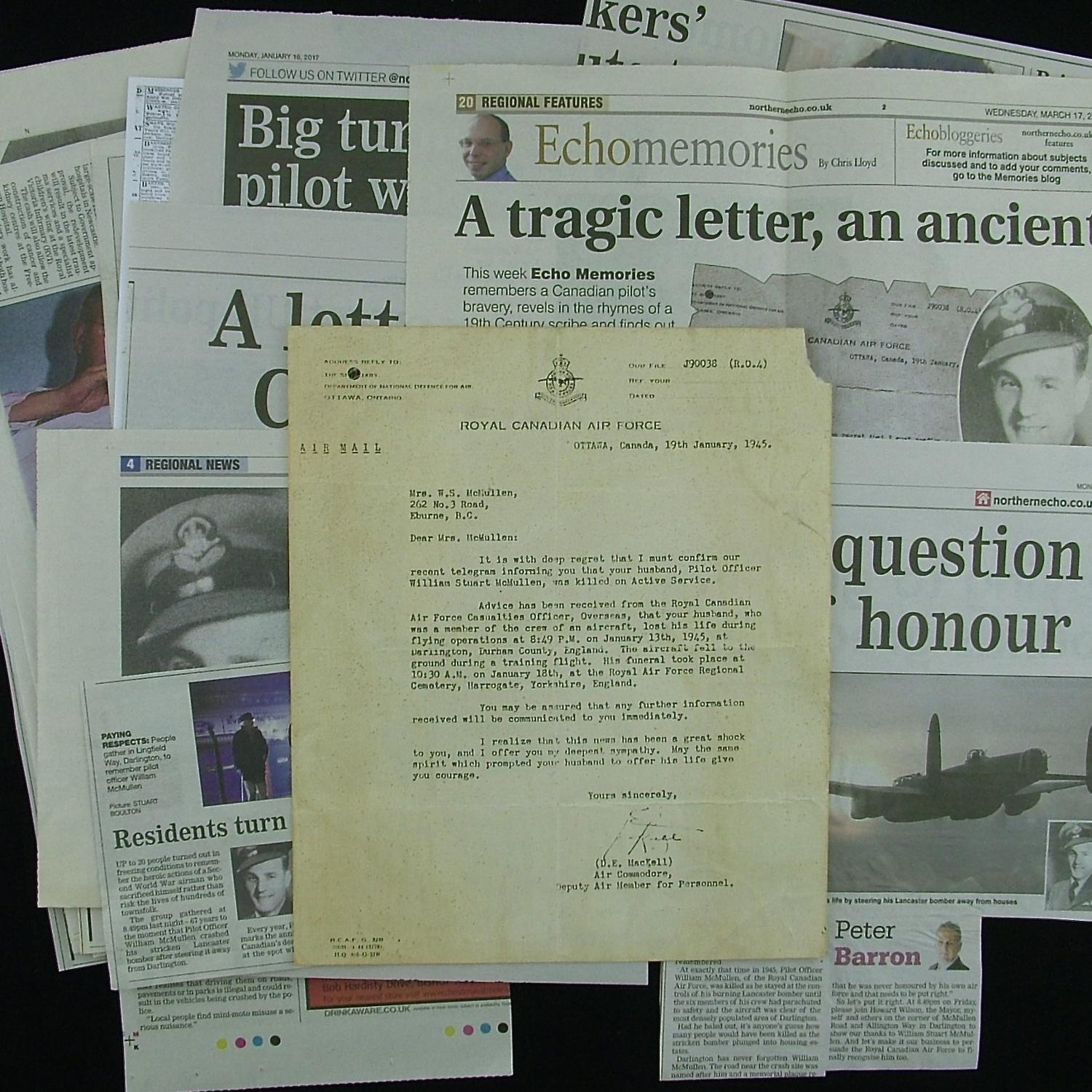 Letter dated 19th January 1945 written by Air Commodore D.E. MacKell (RCAF) to Mrs W.S. McMullen confirming a telegram informing her that her husband, Pilot Officer William Stuart McMullen, was killed on active service.  Tragically by the time she received the letter he had already been buried.  To compound her grief, she was 3,000 miles away in British Columbia, Canada, whilst he was being laid to rest in the RAF Regional Cemetary in Harrogate, North Yorkshire.  'Your husband, who was a member of the crew of an aircraft, lost his life during flying operations at 8.49pm on January 12th, 1945, at Darlington, Durham County, England.  The aircraft fell to the ground during a training flight'.  It later turned out that McMullen was pilot of a Lancaster that evening on a training exercise from RAF Middleton St. George over the North York Moors.   As they prepared to land, the port outer engine caught fire culminating with him giving the order to bail out.  All but McMullen abandoned safely but he stayed at the controls to steer the stricken bomber away from the populated area below, eventually crashing in fields.  Classed locally as a hero there is a memorial  close to the crash site on a road now bearing his name.  McMullen's daughter, just five at the time visited the spot on the 40th anniversary of his death.  A sad and very poignant letter accompanied by numerous relatively modern newspaper clippings relating to the incident.  Stock code P22873-119. 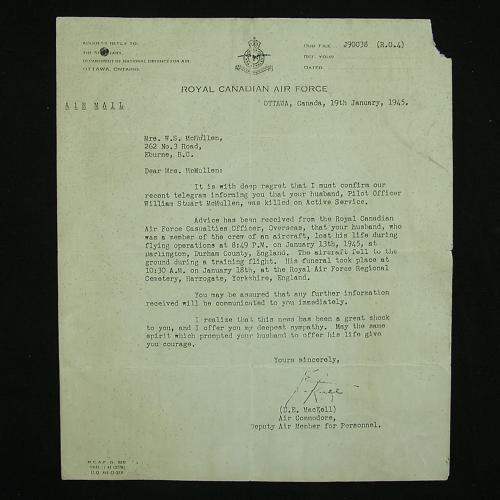 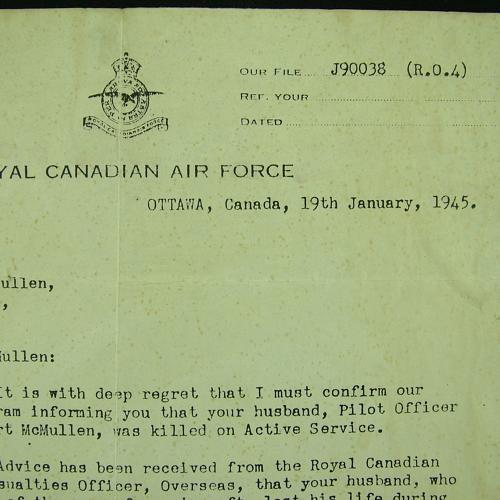 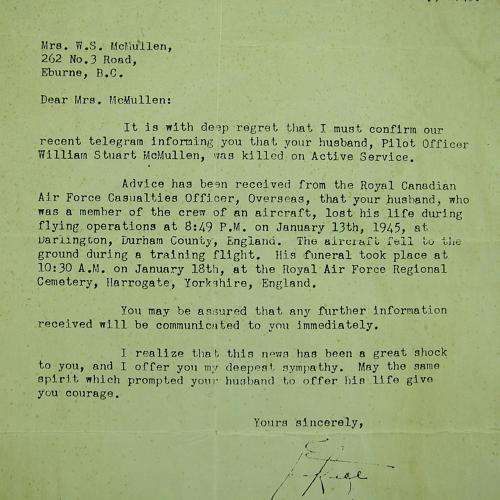 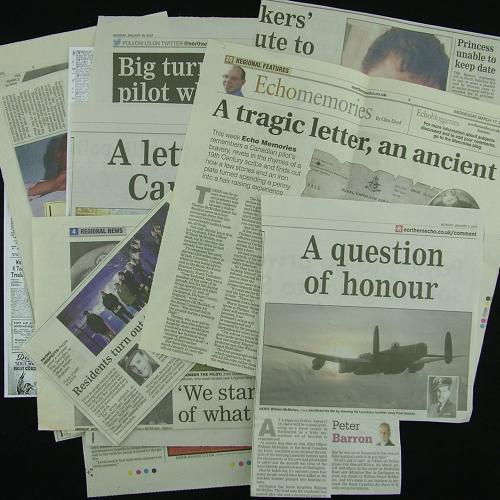 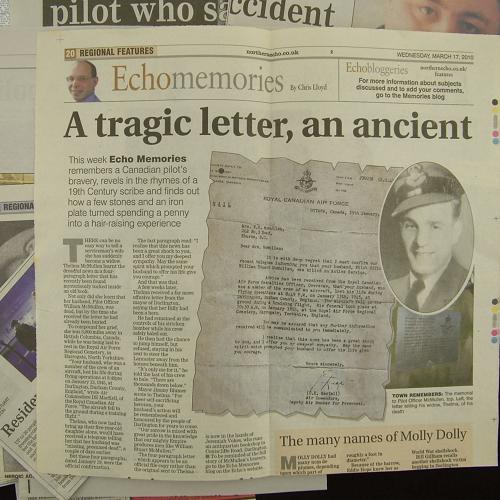 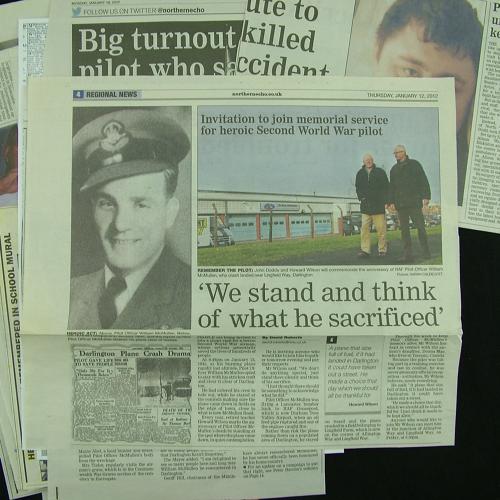 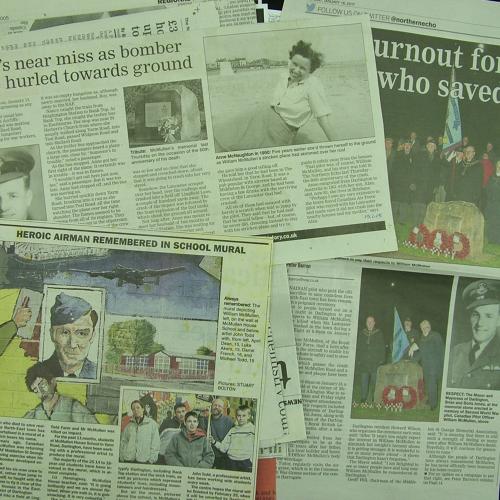