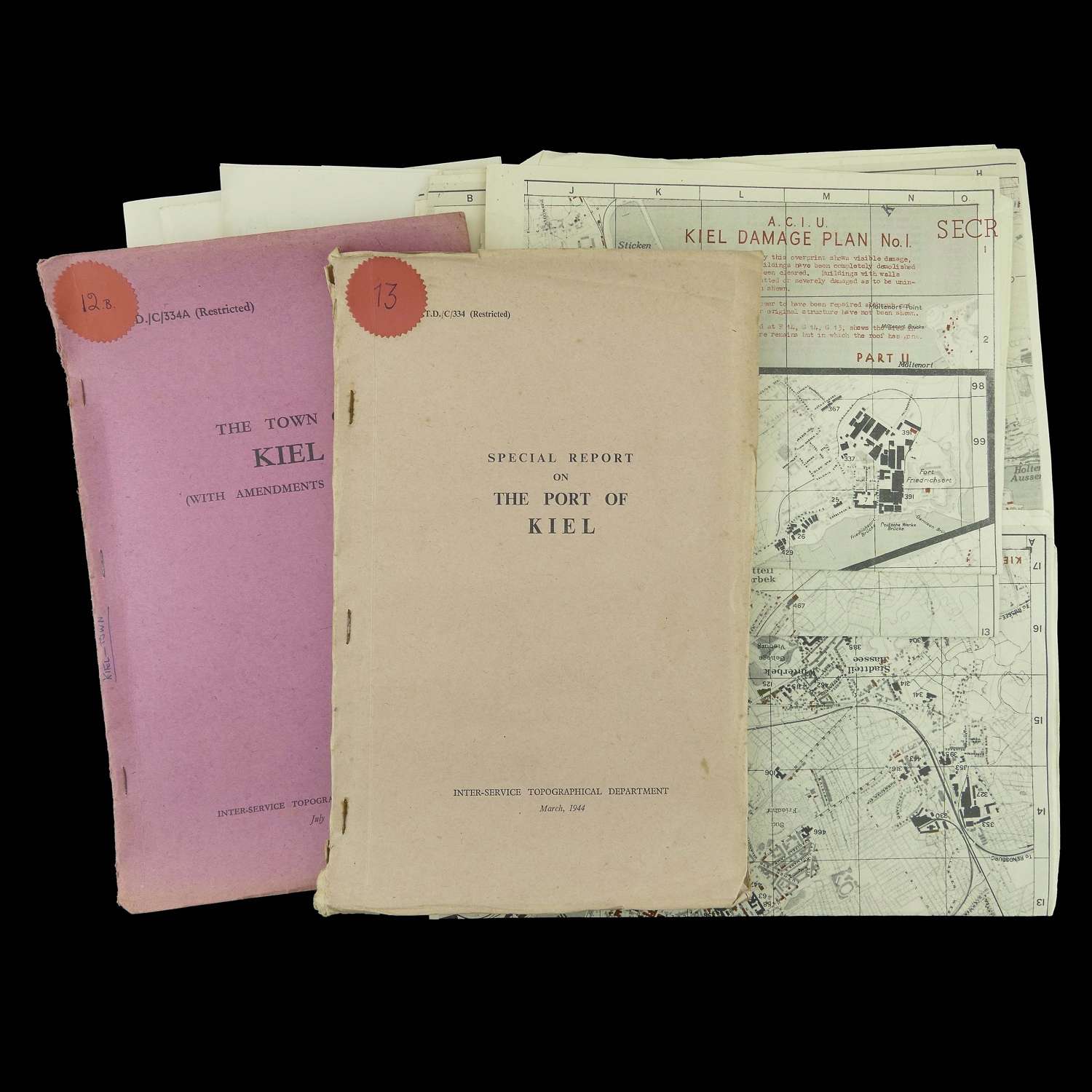 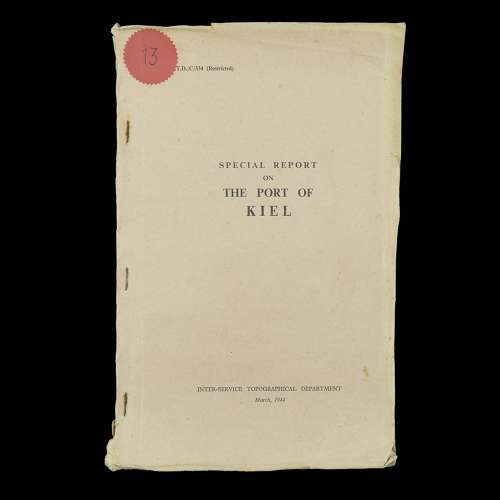 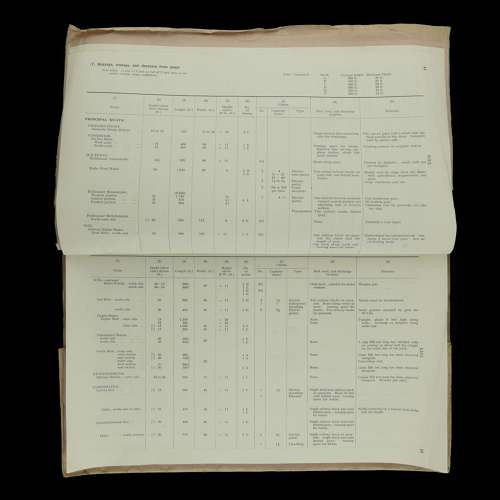 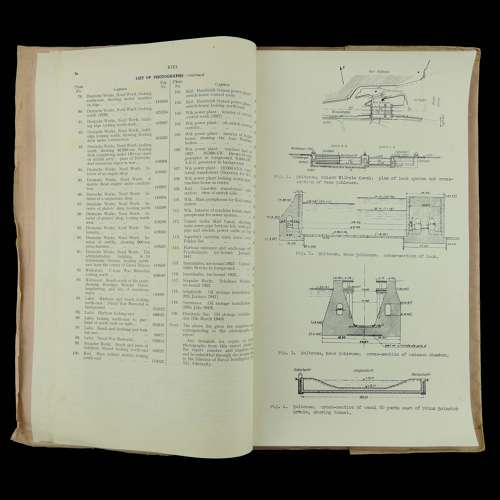 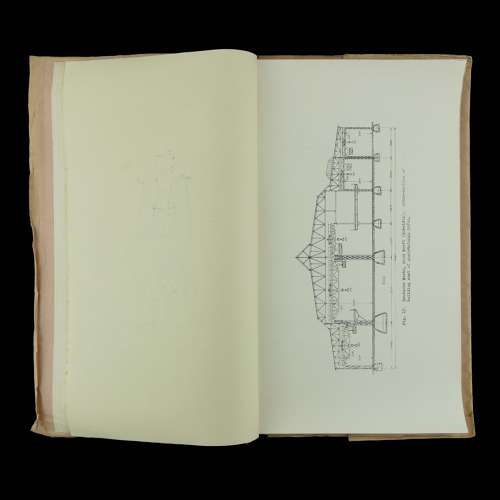 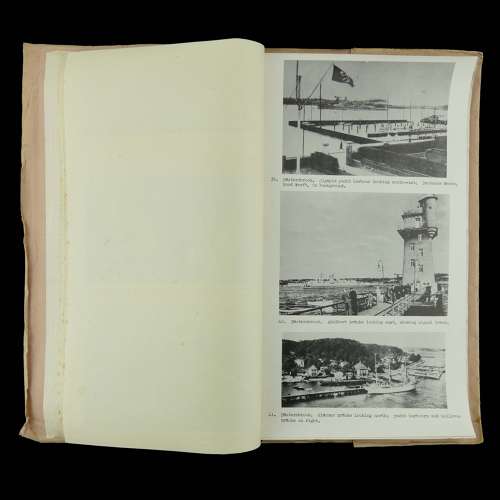 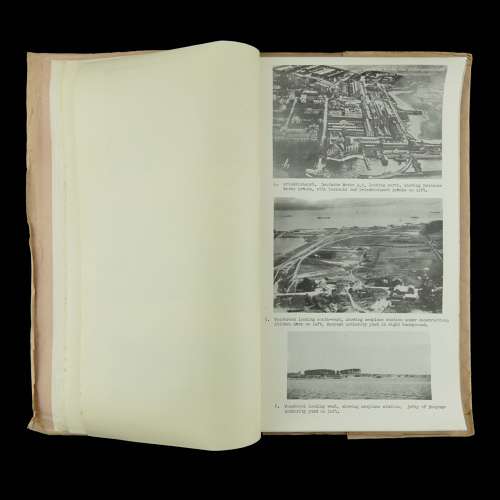 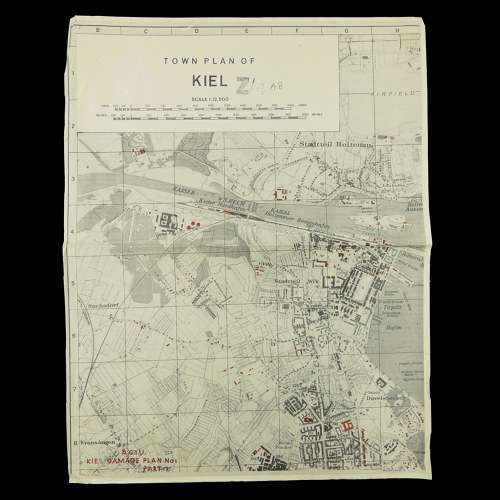 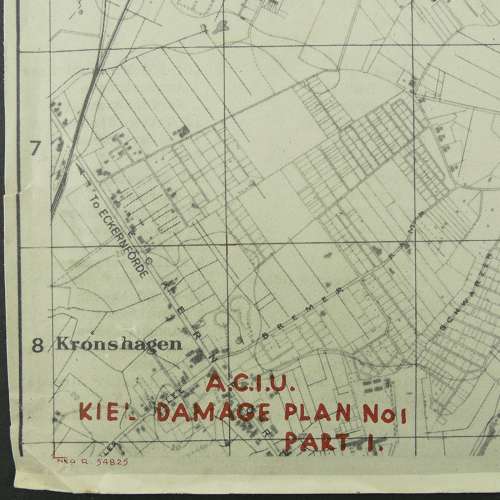 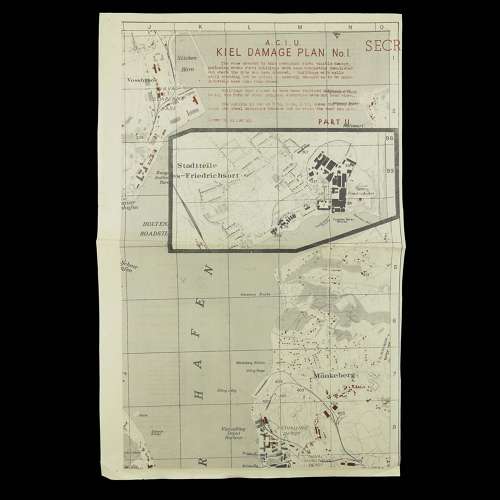 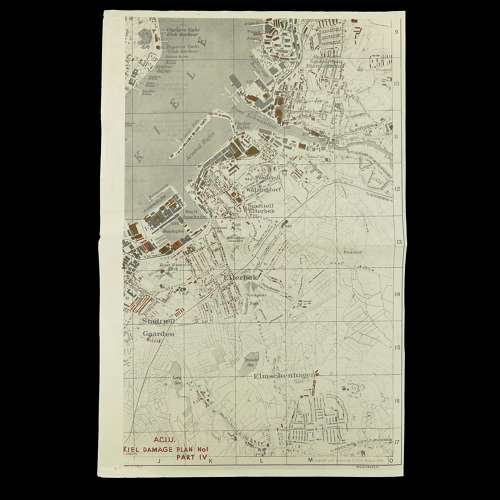 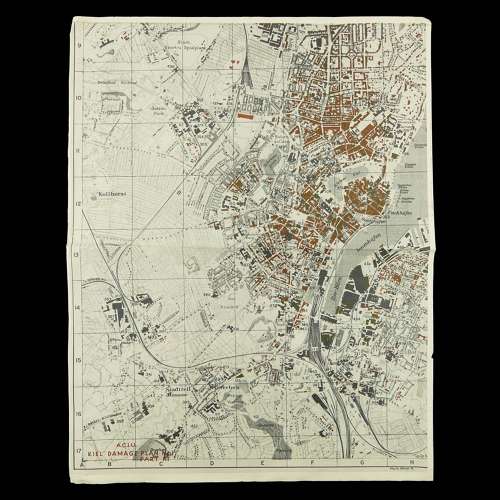 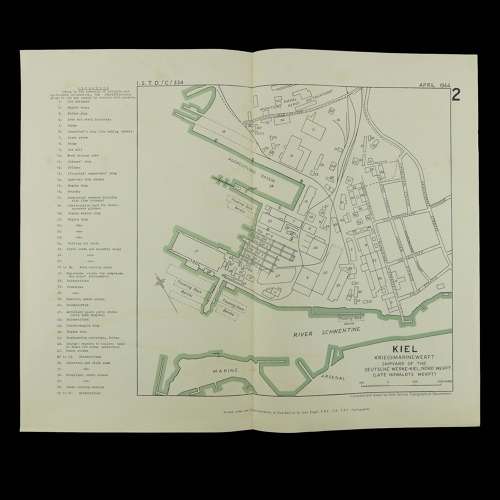 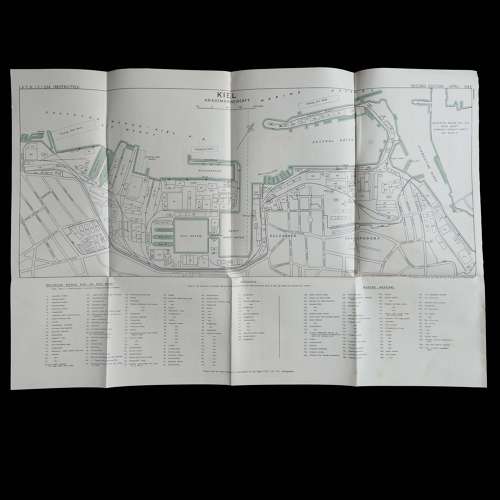 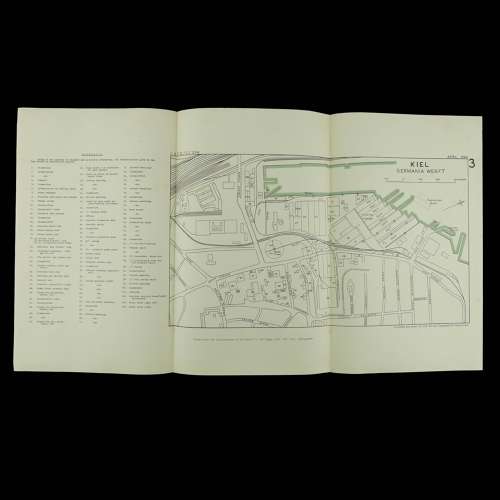 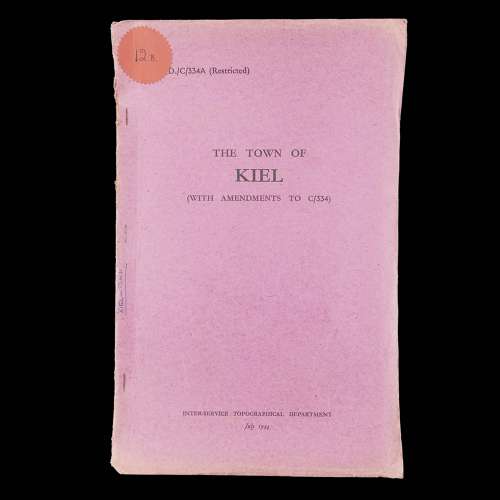 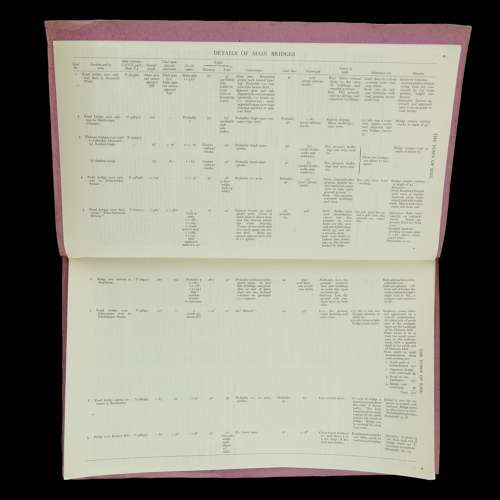 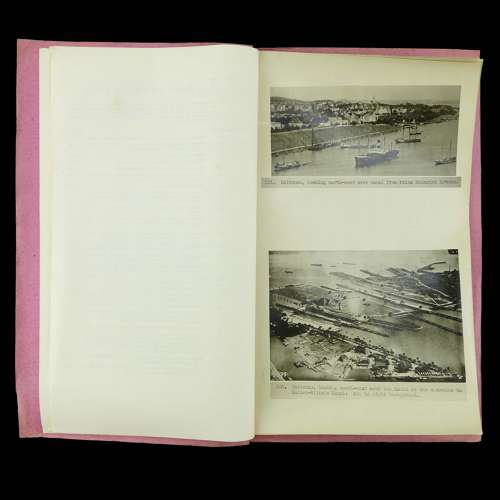 Extremely rare special reports on the port town of Kiel on Germany's Baltic Sea coast, home to the chief German naval base in the Baltic.  The town became a major U-boat manufacturing site/base which made it a high-priority target for Allied bombing raids.  By the end of the war, the town had been pummeled so many times - there were almost 100 heavy raids on Kiel between 1940 and 1944 - that 80 percent of the town’s buildings were destroyed and 167,000 people were homeless.  Produced by the Inter-Service Topographical Department (I.S.T.D.) c. March/July 1944, these reports would have been used to identify key targets in the area.  I.S.T.C.D./C/334A was issued as a restricted file for use by service personnel only.  It is comprised of 12 foolscap pages of information relating specifically to the town, sourced from period guides and air photographs of the period.  It covers details of rail facilities, bridges, government buidlings & municipal establishments, transport services etc.  20 or so photographs follow providing images of the town, gasworks, power station etc.

I.S.T.D./C.334 was also issued as a restricted file and covers the Port area of the town.  It is comprised of 33 foolscap pages of information including conspicuous objects, tides, anchorages, description of harbour and naval establishments, quayage, accomodation, warehouses, docks etc. It also covers public utilities in the area including electricity, gas, water and oil storage.  21 diagrams follow including plans of the canal lock systems, quay walls, power plant etc.  The rear section has 120 photographs of the port.  A pocket at the back of the file contains 3 maps of the port with each building identified.  These files come with another 4 maps detailing damage caused to the port area.  The files are a bit dog-eared but all completely sound/legible.  Rare documents.  Stock code P24854.