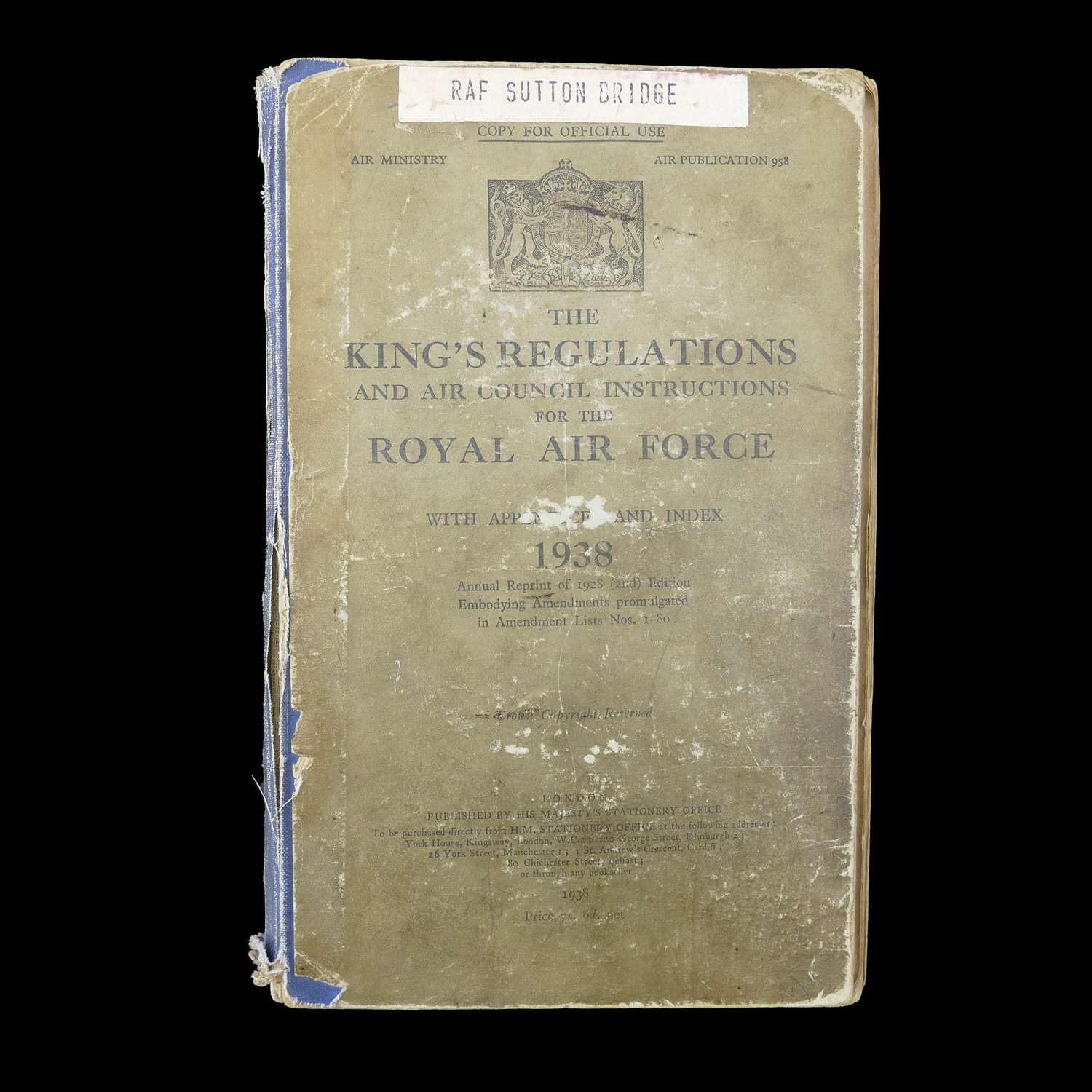 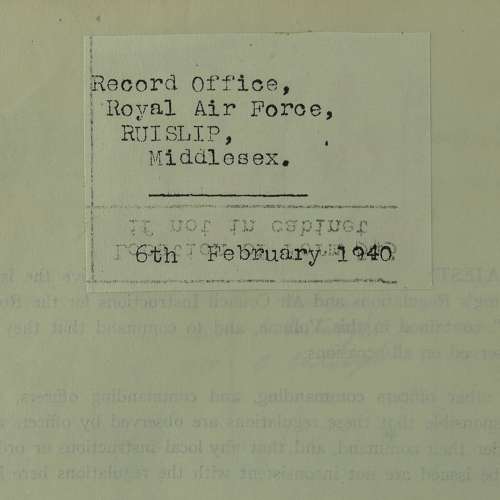 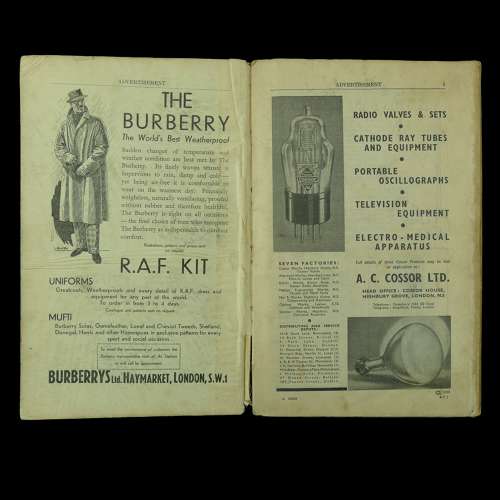 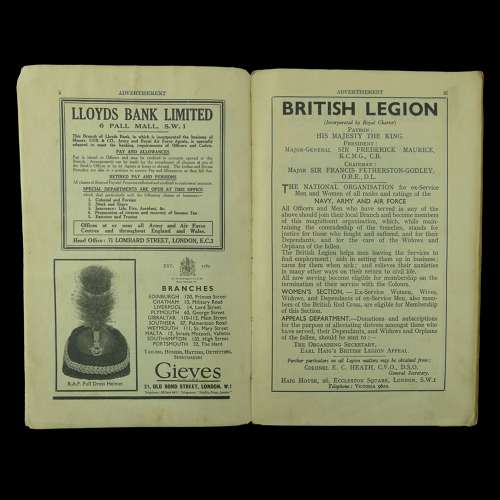 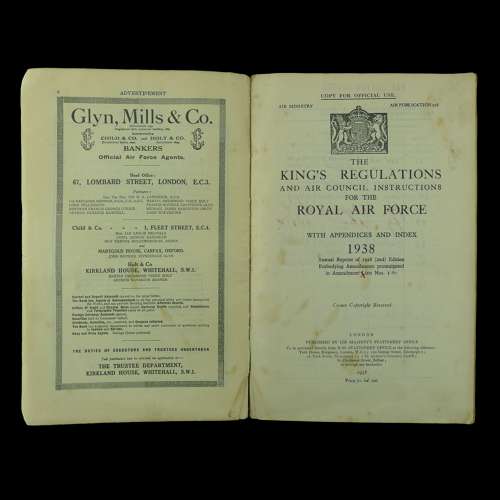 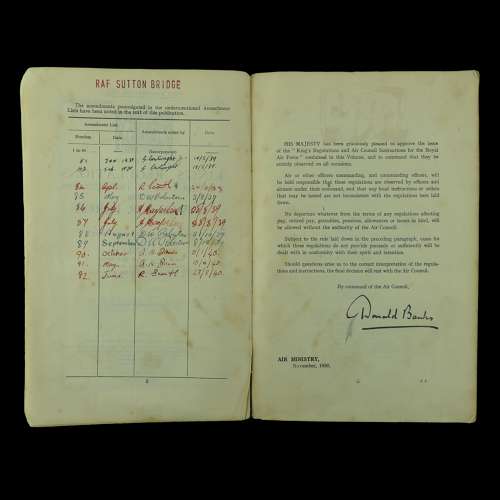 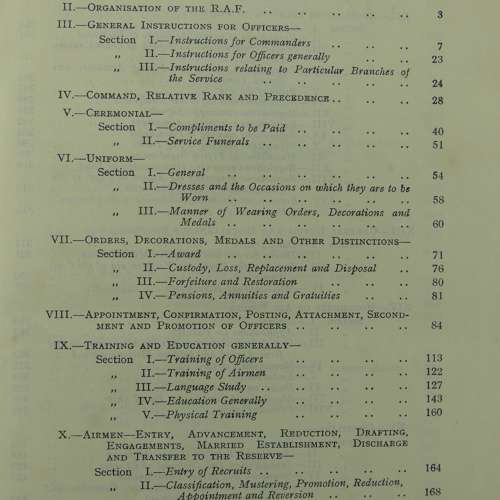 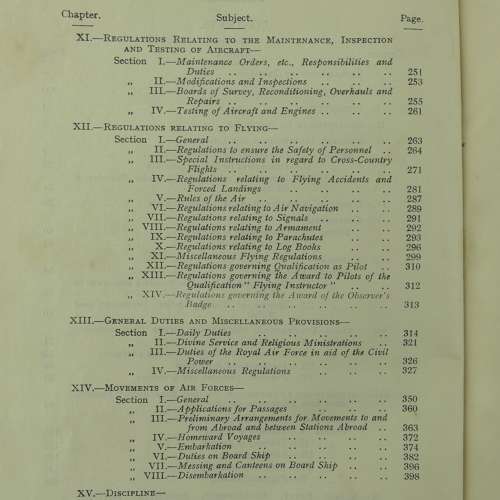 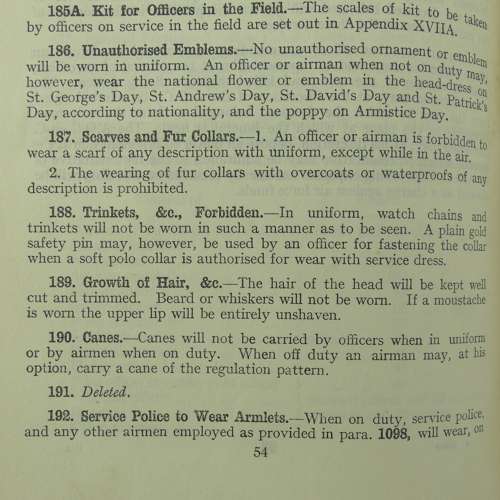 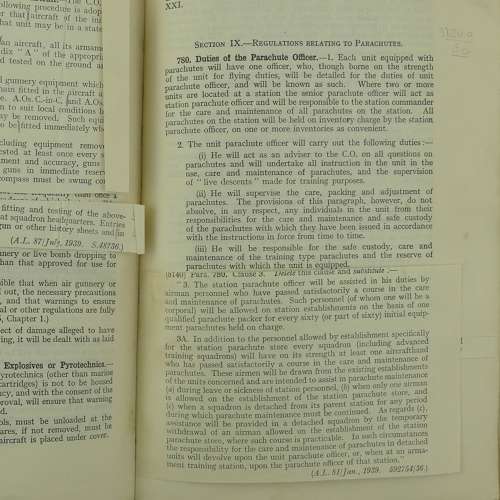 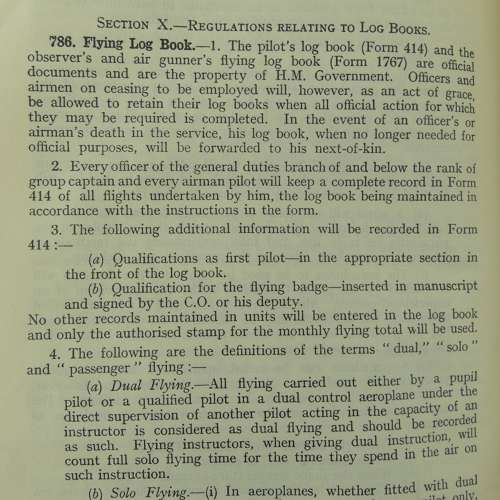 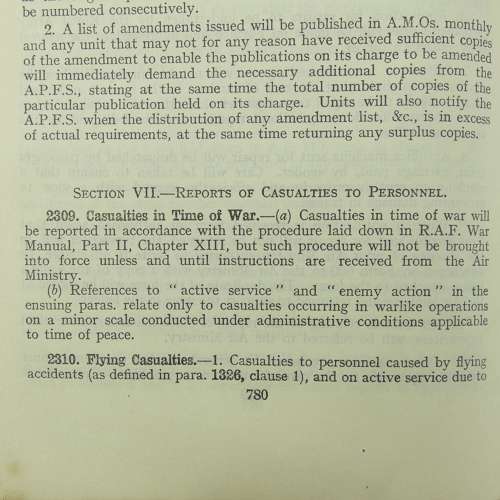 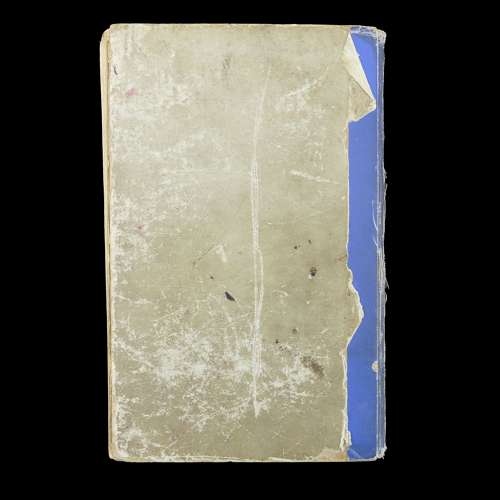 The King's Regulations for the RAF, 1938

Air Publication 958.  'The King's Regulations And Air Council Instructions For The Royal Air Force, 1938'.  Published  by HMSO.  H/b, 15 x 24cm, 1441pp.  A collection of orders and regulations in force in the Royal Air Force, forming guidance for officers in all matters of discipline and personal conduct.  It covers such things as uniforms, medals and decorations, training, regulations relating to flying, discipline, courts martial, leave, medical & dental, documents & records, clothing, accounting, allowances, pensions and much more.  Extremely comprehensive.  With amendments to August 1940.  The book also has some period adverts.  The cover is rather dirty and worn with some damage to the spine.  Internal pages are well thumbed, a bit yellowed and dog-eared but perfectly legible.  A very useful book.  This copy was in use at RAF Sutton Bridge in Lincolnshire, home to 266 Squadron Fighter Command in January 1940.  From March 1940 it was also used by No.6 Operational Training Unit (OTU) for training fighter pilots.  It was re-numbered in November 1940 to No.56 OTU.  Between April 1942 and March 1944 Sutton Bridge was the home for the RAF's Central Gunnery School.  Priced not to sell as I'd quite like to keep this one!  Stock code P26927.