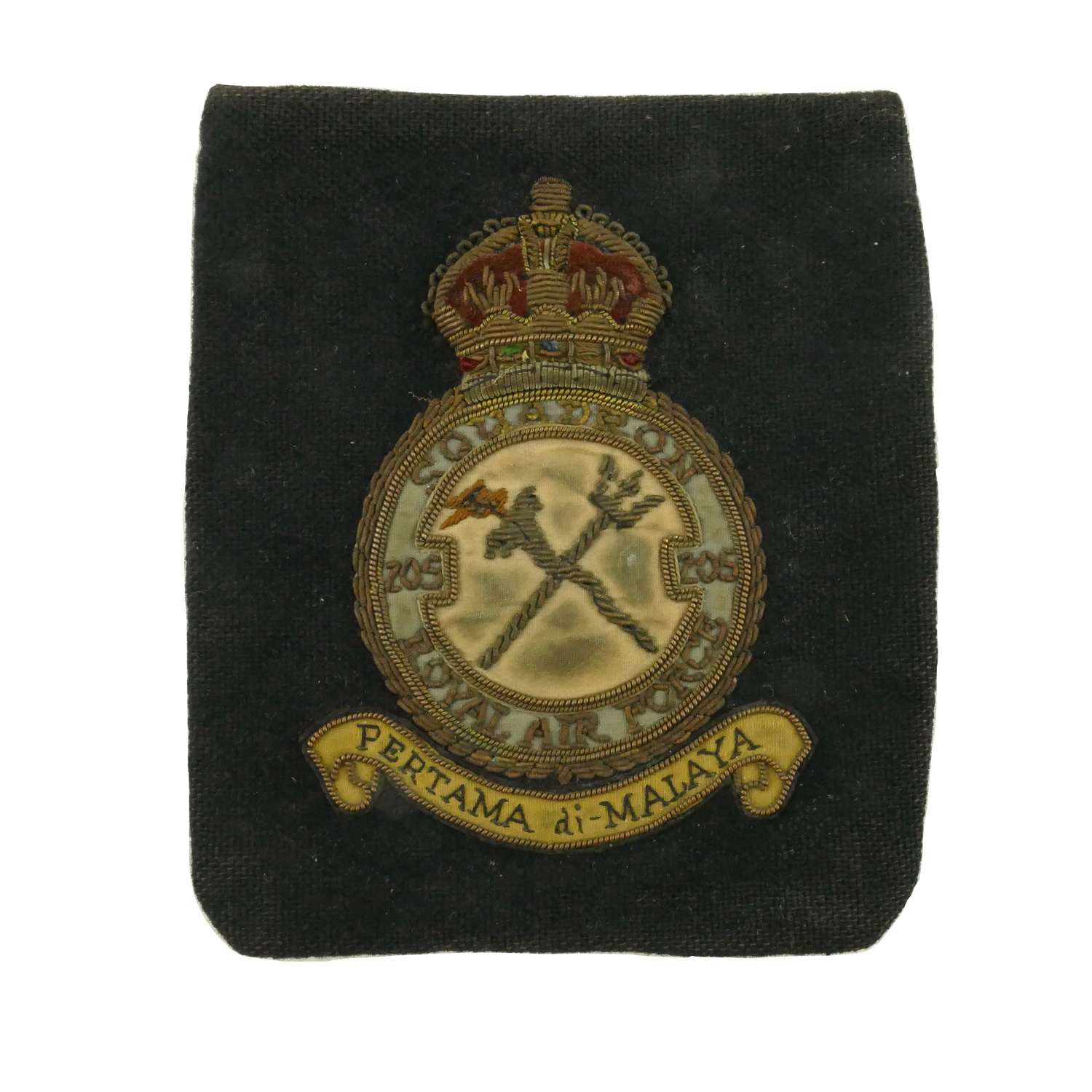 Lovely bullion embroidered squadron patch/blazer badge.  Approximately 10 x 7.5cm on a larger piece of dark blue/black cloth (13x11cm).  205 was formed on 1st April 1918.  Prior to this it had existed as No. 5 Squadron of the Royal Naval Air Service.  In 1929, it became the first RAF squadron to be permanently based in Singapore, taking as its motto Pertama di Malaya (First in Malaya). During WW2 205 Sqdrn. flew patrols in Short Singapore flying boats over the approaches to Singapore and the Indian Ocean, employing bases in Ceylon and the Nicobar Islands as outstations. It was re-equipped with PBY Catalinas in 1941 before being withdrawn from Singapore and relocated to Java, leaving three aircraft at Selatar Air Base.  One of 205 Squadron's Catalinas became the first Anglo-American casualties of the war with Japan.  A bit grubby/worn but in sound condition.  Stock code U25237. 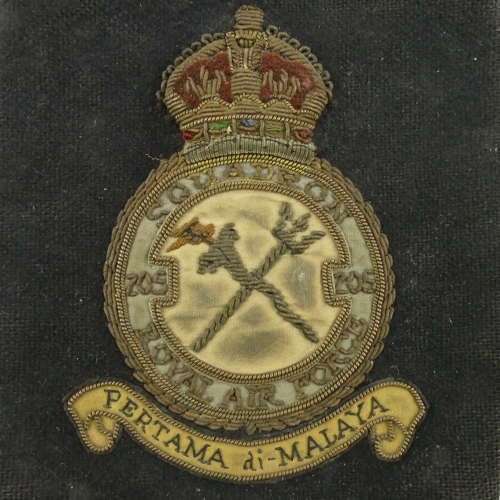 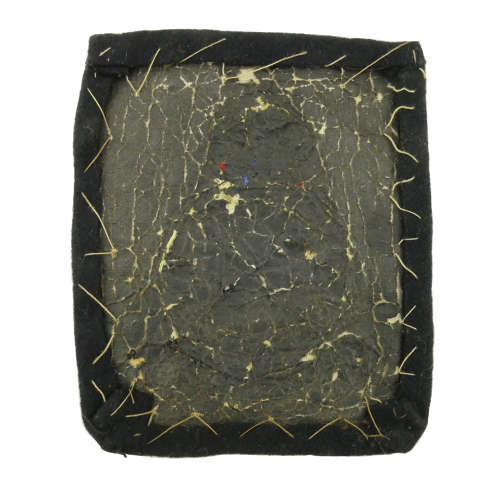