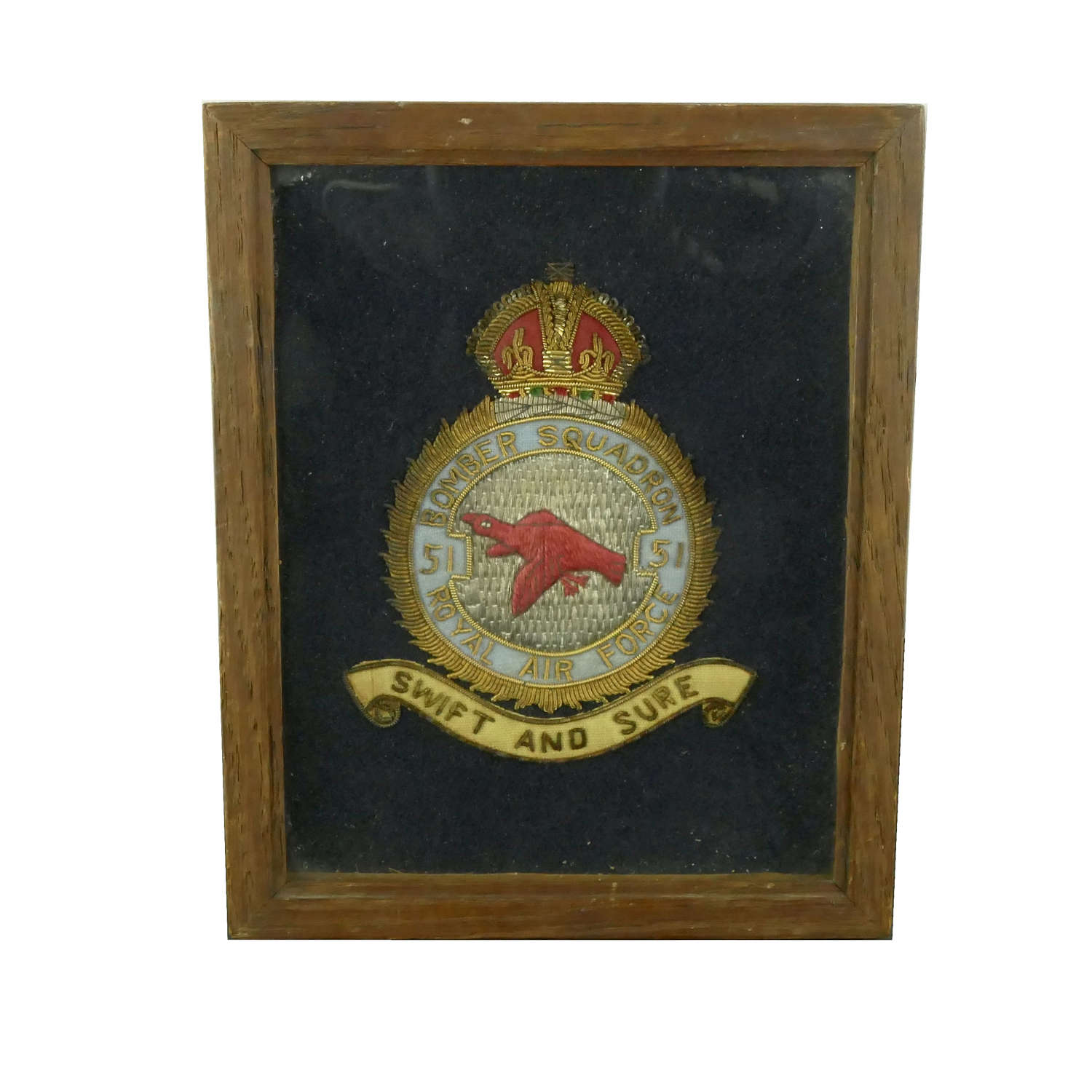 Lovely bullion embroidered squadron patch/blazer badge. Approximately 10 x 7.5cm on a larger piece of dark blue/black cloth, framed and glazed (17 x 14cm).  51 Squadron was formed during WW1 and disbanded in 1919 only to be reborn when 'B' Flight of 58 Squadron was renumbered as 51 Squadron at Driffield (Yorkshire) in 1937 where they operated Avro Ansons.  During WW2 they were the first to drop leaflets over Germany (from Whitleys).  In February 1942, led by the legendary Percy Pickard, 51 Squadron carried 119 paratroops and an RAF flight sergeant skilled in electronics to Bruneval, France, in converted Whitleys.  The men then carried out a very successful raid on a German radar installation, capturing and removing parts of a new type known as a Würzburg, which they took back to Britain.  A brief period as part of Coastal Command patrolling against the U-Boats in the Bay of Biscay preceded the re-equipment with the Halifax in 1942.  51 spent the rest of the war in Europe flying as part of No. 4 Group RAF, RAF Bomber Command's strategic bombing offensive.  Excellent condition in a very good period frame.  Stock code U24638. 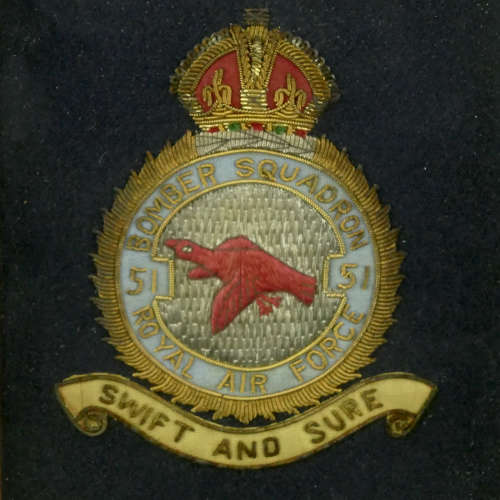 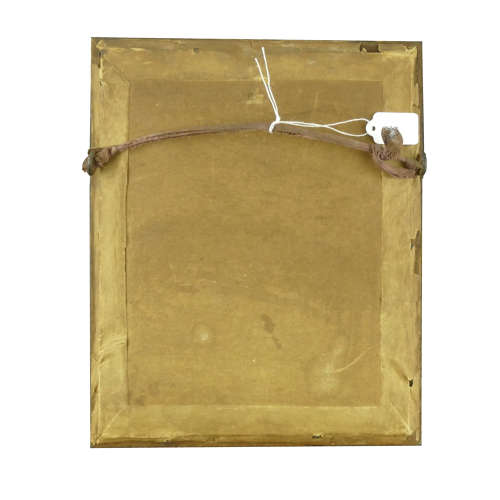