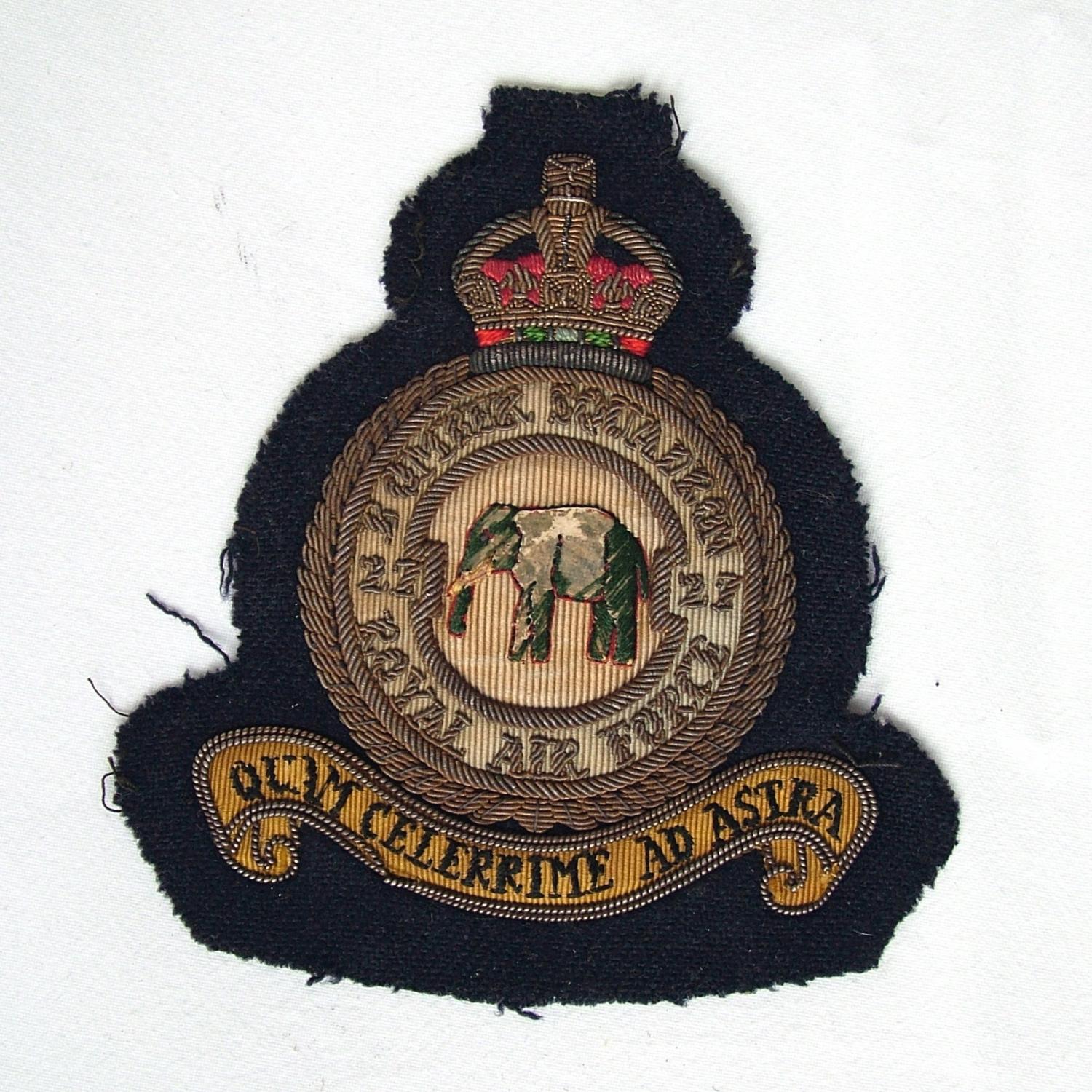 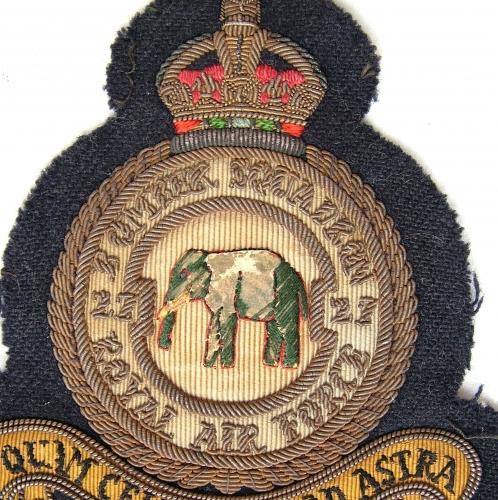 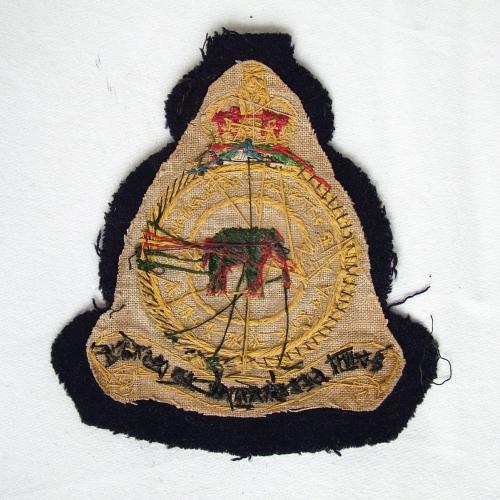 Bullion squadron patch  on black felt. Approximately 11.5cm x 10.5cm max.  The King's crown badge has the symbol of an elephant to the centre and the motto 'Quam Celerrime Ad Astra' - 'With All Speed To The Stars'.  It was approved by HM King Edward VIII in October 1936 and was based on an unofficial emblem first used in 1934. It commemorates the Squadron's first operational aircraft - the Martinsyde G100 'Elephant' - and the unit's long sojourn to India. Formed at Hounslow on 5 November 1915 No.27 flew reconnaissance and bombing missions in France from 1916. During WW2 the squadron operated Blenheims in Malaya but was decimated by the advancing Japanese forces and disbanded in February 1942.  It reformed in September 1942 when the first Beaufighters arrived in India and began ground attack operations at the end of the year. During 1944 they it used rocket-firing Beaufighters and along with No. 47 Squadron, formed an anti-shipping Strike Wing. Ground attack and air-jungle rescue duties in Burma followed, but the Squadron was disbanded in February 1946.

There is loss of thread over the elephant but this could be re-done quite easily if desired.  Stock code U20114.