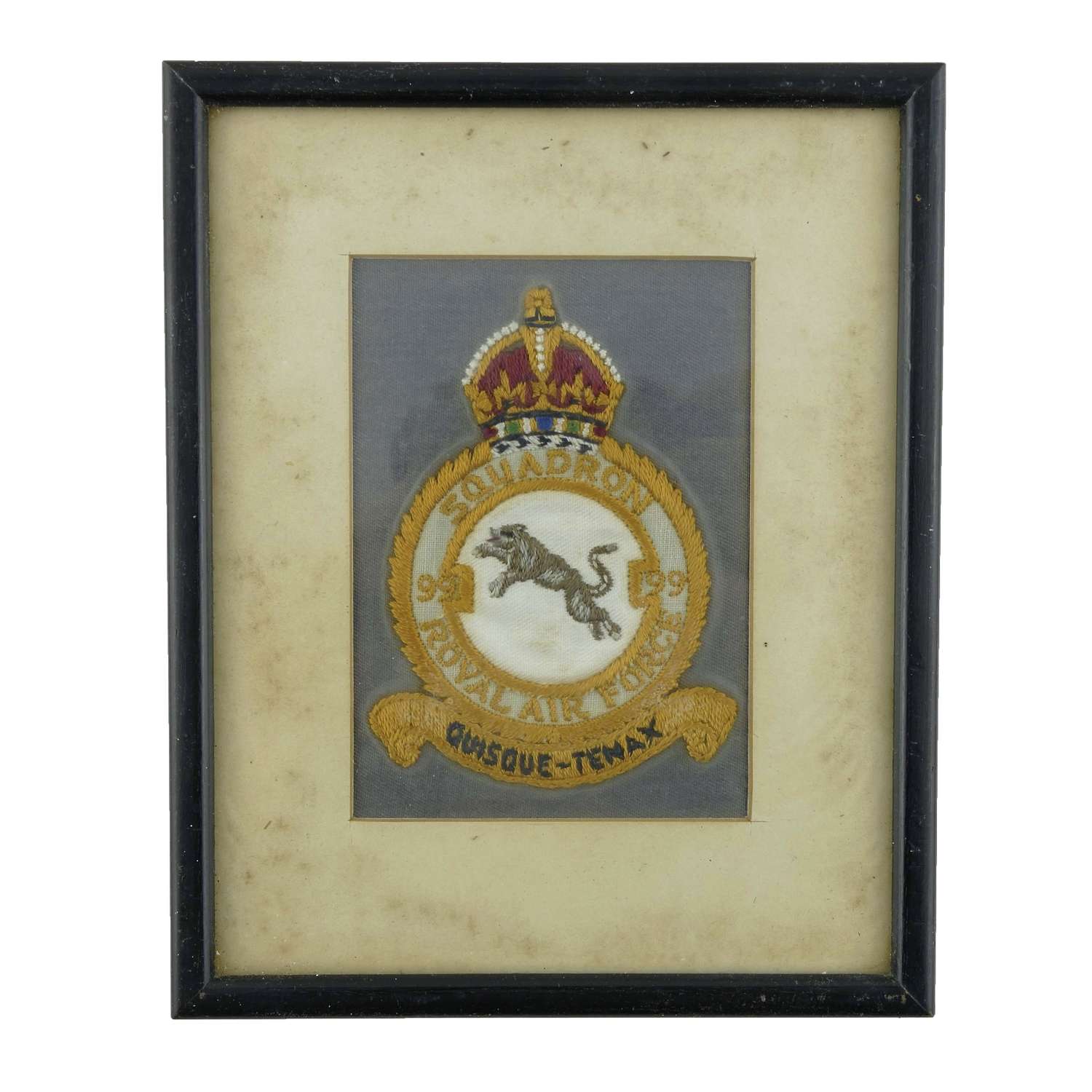 Lovely embroidered squadron patch/badge.  Approximately 10 x 7.5cm on a larger piece of blue-grey cloth, framed and glazed (17.5 x 14cm).  99 Squadron was originally formed at Yatesbury, Wiltshire, on 15th August 1917 from elements supplied by No.13 Training Squadron, RFC.  It was initially equipped with de Havilland DH.9 bombers and over the course of WW1 took part in 76 bombing raids, dropping 61 tons of bombs and claiming 12 German aircraft.  In 1919 the squadron was sent to India, flying patrols over the North-West Frontier from Mianwali and Kohat during the Mahsud and Waziristan campaigns, after which it was disbanded.  The squadron was reformed on 1st April 1924 at Netheravon, Wiltshire, flying Vickers Vimys.  In May 1924, it moved to RAF Bircham Newton in Norfolk, two years later moving to Upper Heyford and then to RAF Mildenhall in November 1934.  Just prior to the start of WW2 it became the first unit to be equipped with Wellingtons.  The squadron temporarily dispersed to RAF Elmdon (Birmingham) before moving to a more permanent new home at RAF Newmarket, Suffolk.  The squadron was a part of No.3 Group RAF Bomber Command and bombed targets in Norway and Germany, mainly at night.  In March 1941 it moved to the newly established base at RAF Waterbeach.  In February 1942 the squadron moved to India with the Wellingtons, and resumed operations in November 1942 against Japanese bases in Burma.  From September 1944 the squadron re-equipped with Consolidated Liberators which allowed it to reach targets in Thailand and Malaya.  During this period, the squadron included a significant number of RAAF and RCAF aircrew personnel, attached to it under the British Commonwealth Air Training Plan.  The squadron moved to the Cocos Islands in August 1945 to prepare for the planned invasion of Malaya.  After the Japanese surrender the squadron disbanded there on 15 November 1945.  The Squadron was reformed once again on 17 November 1945 at RAF Lyneham, Wiltshire.  As a transport squadron equipped with the AVRO York they contributed to the Berlin airlift.

The badge is in very good condition with a rather marked card mount and good black painted period frame.  Stock code U25392. 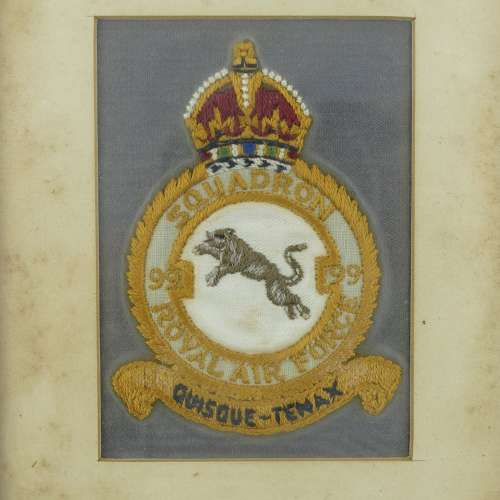 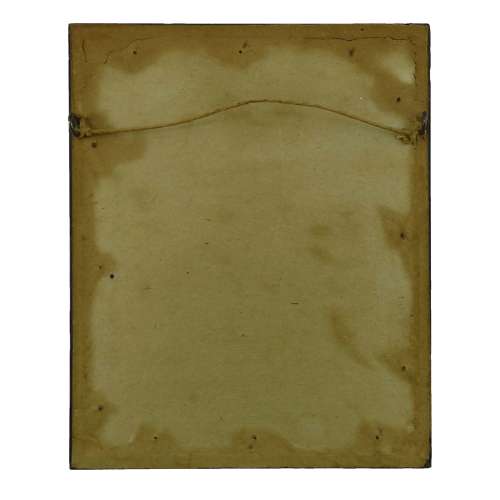