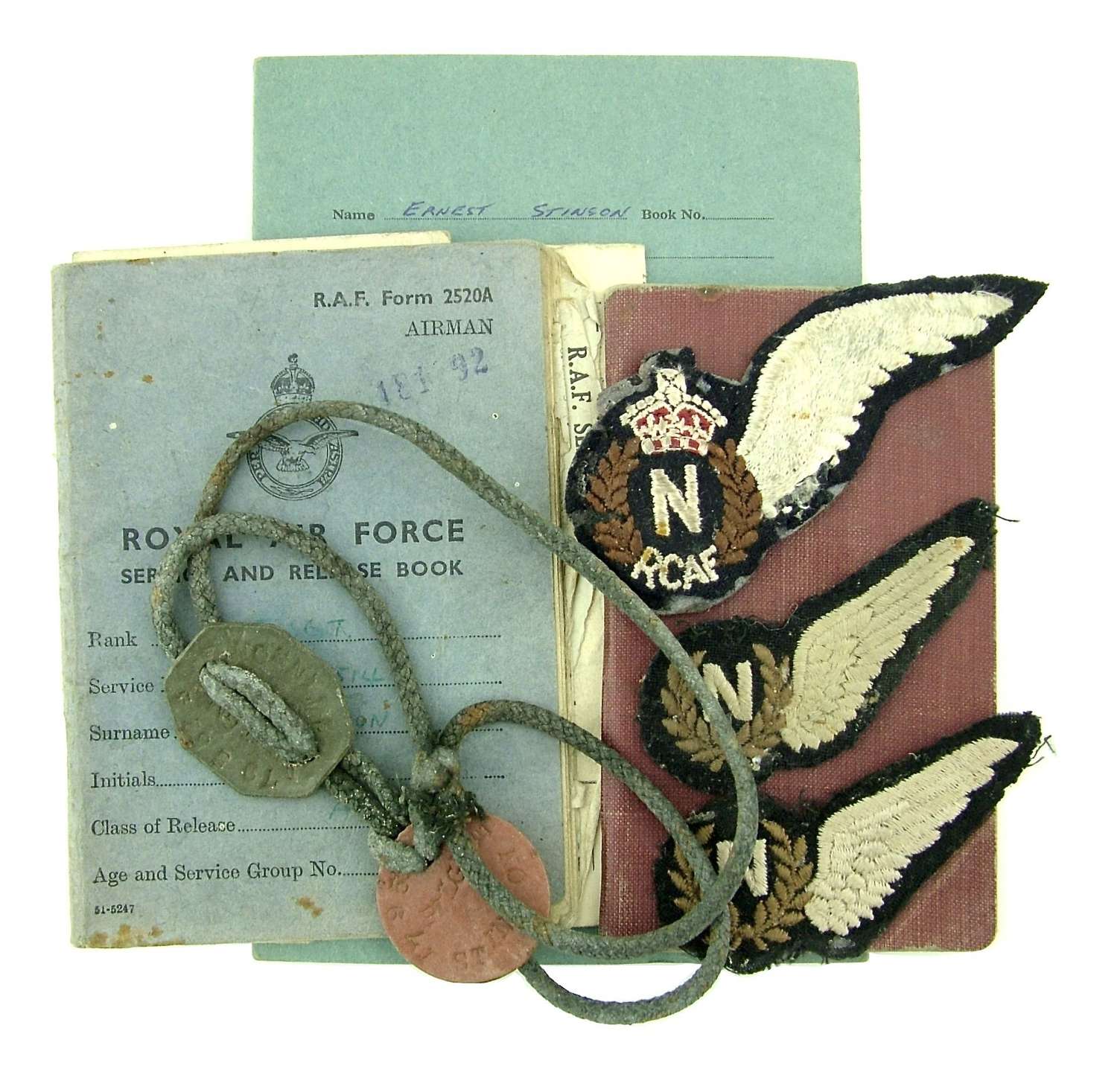 Small grouping to Flight Sergeant Ernest Stinson RAFVR who served as a Navigator between 1943 and 1946.  It includes his Service & Release book and a small booklet issued to him at the Air Observer School (Canadian Pacific Airlines) in Canada as part of the Commonwealth Training Scheme.  This has useful information about the school, the RAF, photographs of aircraft, explanations of aeronautical terms etc.  Stinson has written in lots of names and addresses at the back.  Also included are both of his identity tags, his large padded RCAF Navigator qualification brevet and two standard flat RAF 'N' brevets.  All of the insignia have some moth damage but are reasonably presentable.  Finally there is a post WW2 British Gliding Association pilot's log book with just a few entries c.1963 at Aberdeen Gliding Club.  An interesting lot worthy of a little research.  Stock code P19185. 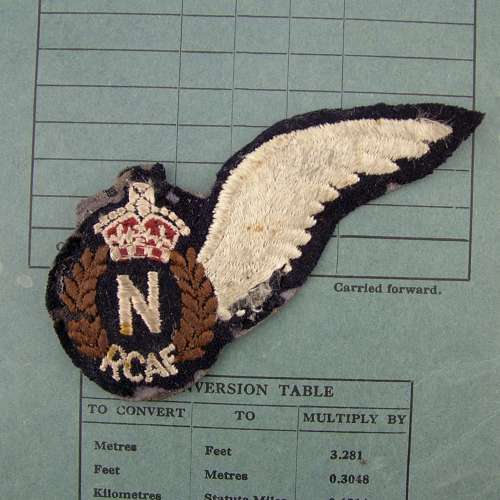 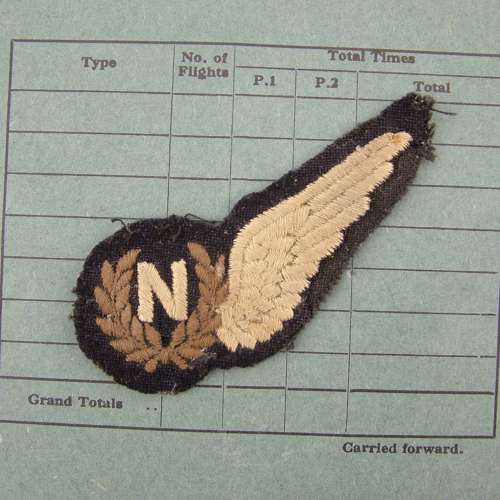 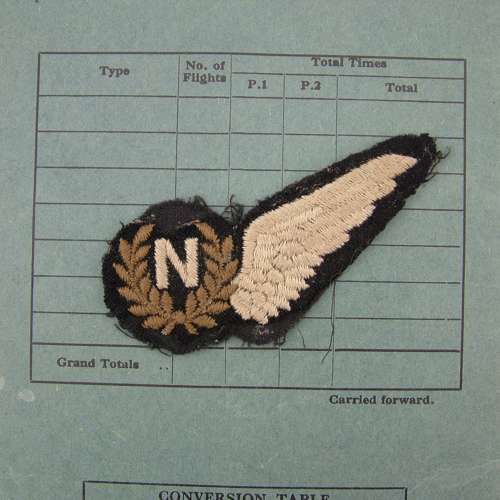 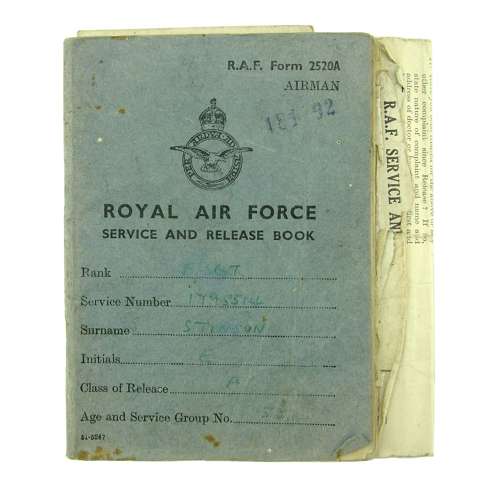 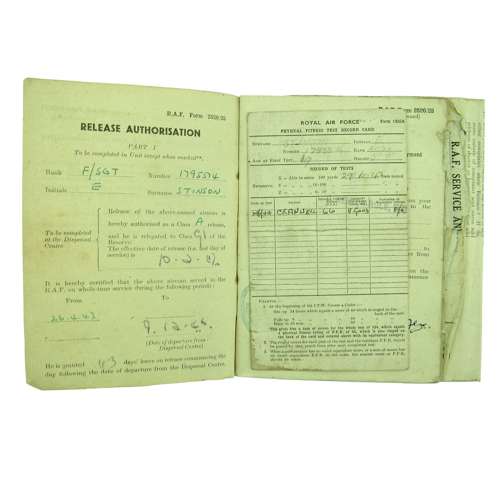 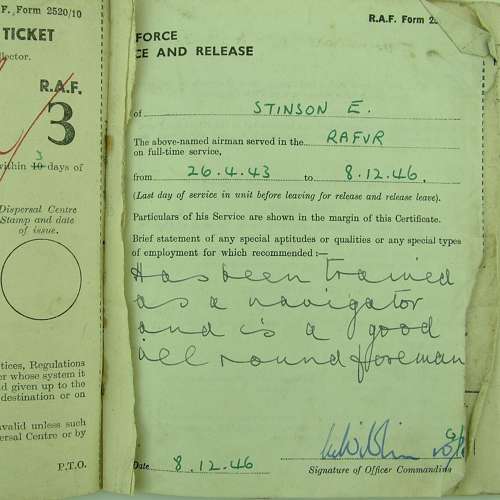 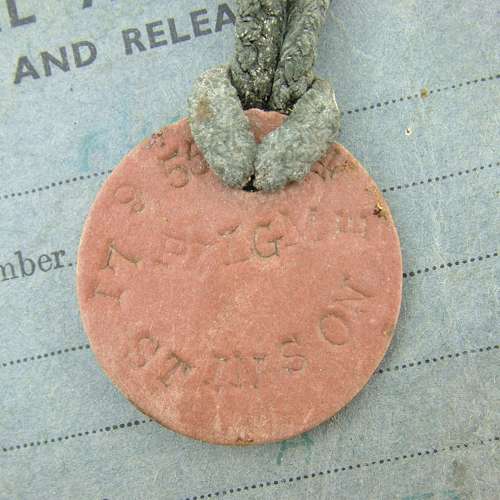 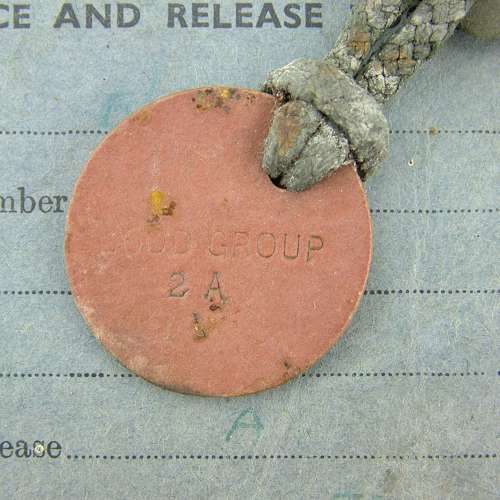 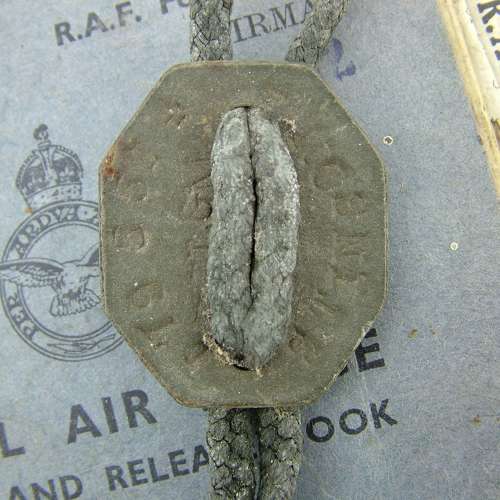 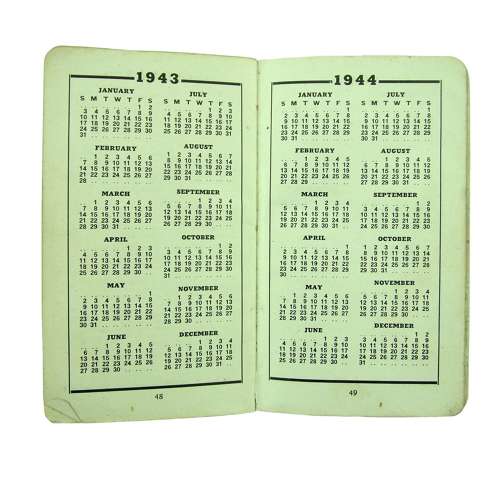 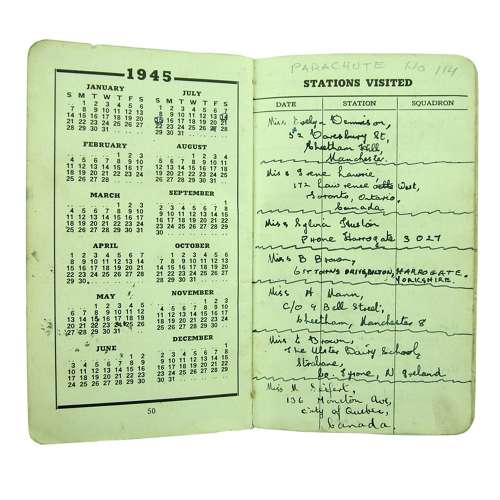 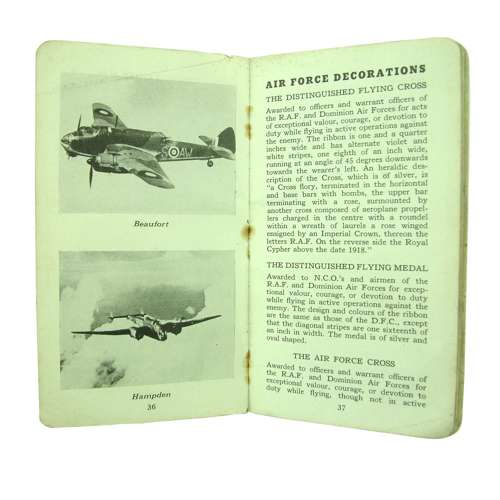