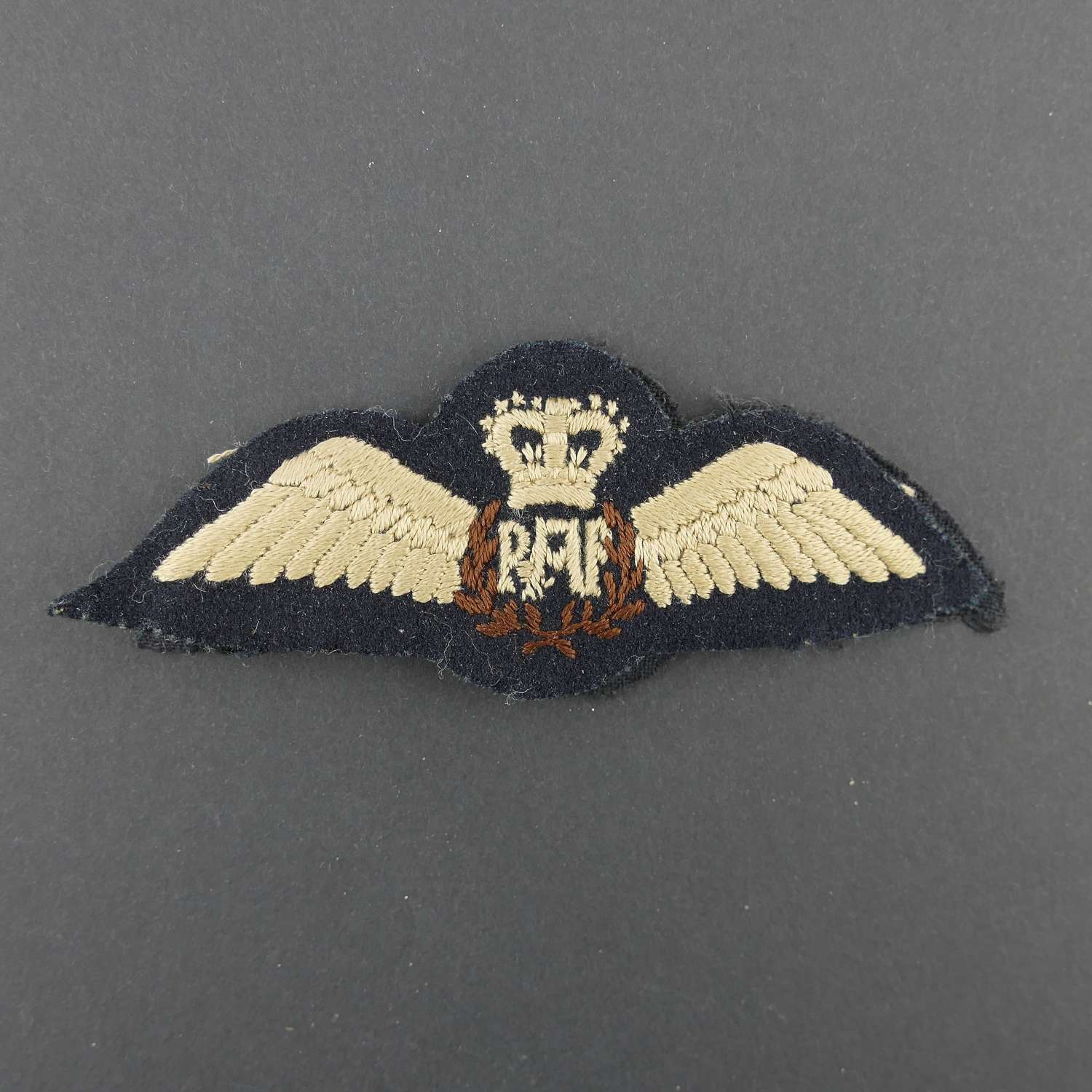 Post WW2 pilot wing.  This is a padded version but the stitching around the edge has gone and therefore the main wing, padding and backing arel separate.  Velcro patch sewn to rear for quick attachment to a flying suit.  We purchased this directly from the veteran who was commissioned into the RAF in 1957.  After flying tours in high and low-level bombing roles on IX Squadron Canberra B6s at Binbrook and Coningsby, and 49 Squadron Valiants at Wittering and Marham, he served as a Valiant/Victor instructor.  He was a founder member of the Tanker Training Flight  and took up an Air Staff weapons appointment at HQ Strike Command in the late 1960s flying weapons trials with the USAF in F100, F4C, F4D, F105, and Hunters.  He also flew a He111 and Me109 during the making of the classic Battle of Britain film.  Later he flew Vulcans and spent 3 years at the MOD in Whitehall as Deputy Principal Staff Officer to the Chief of Defence during the Falklands war.  After helicopter training he served as Commander RAF Hong Kong and later still as Deputy Commander British Forces and Chief of Staff in the HQ British Forces Gibraltar and Commander Air Gibraltar.  He left the RAF as an Air Commodore in 1993.  Not in the greatest condition but good history!  Stock code U19150. 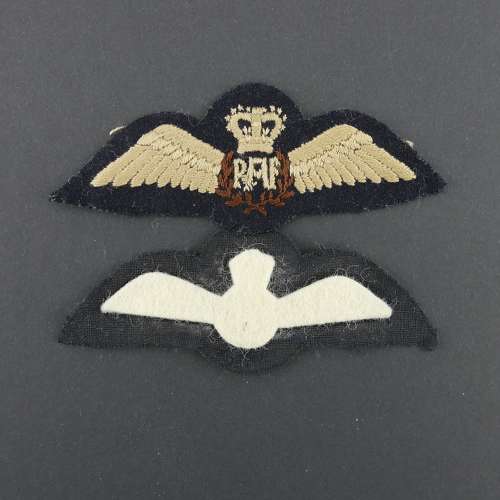 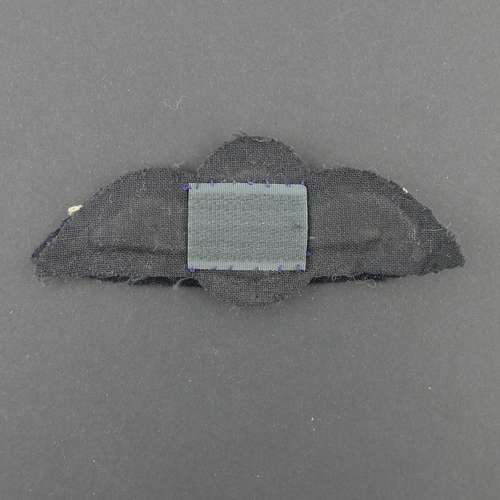