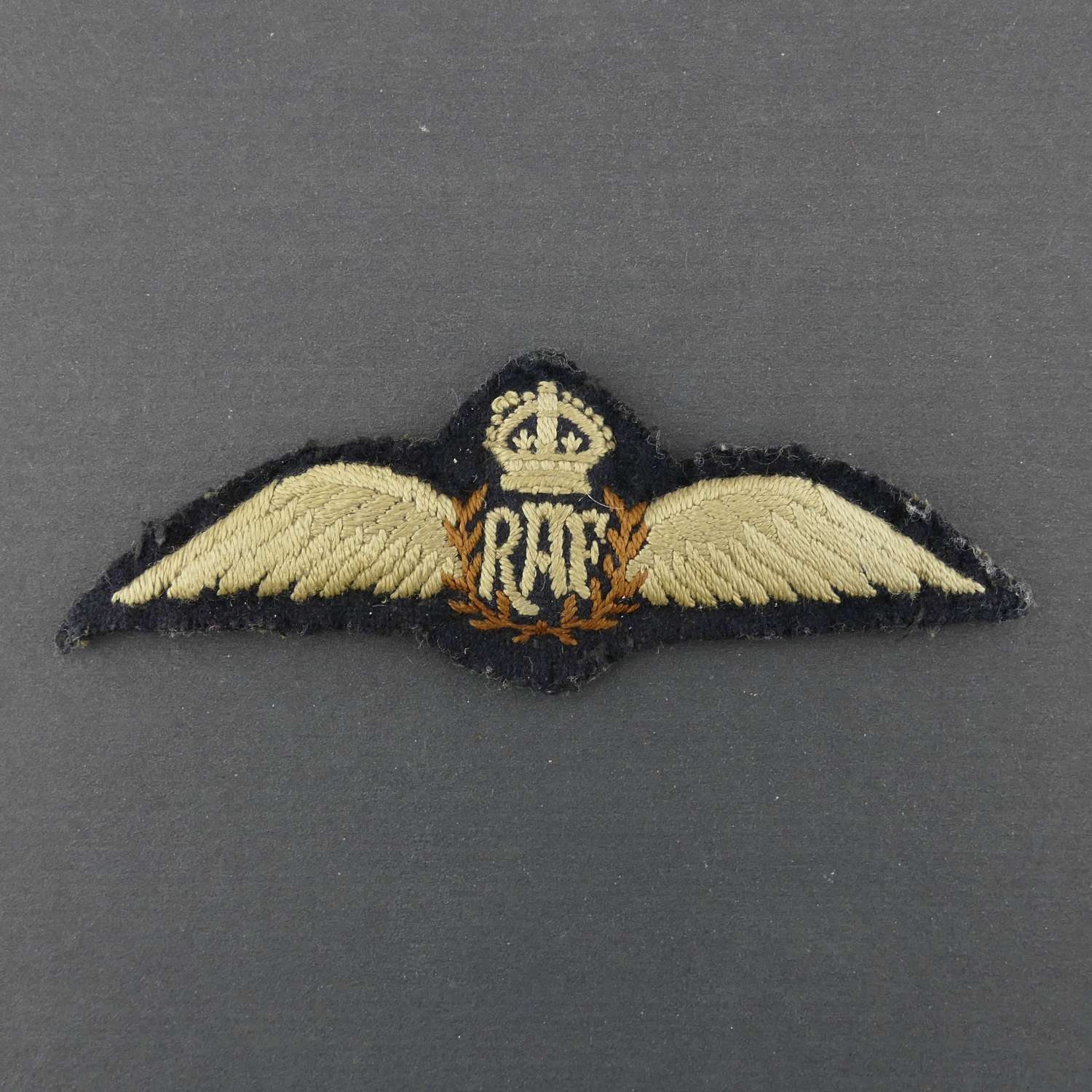 Padded pilot wing in oatmeal coloured silky thread.  Black woven cotton backing with original paper price label attached.  The wing belonged to Flight Lieutenant William Wallace Watt RAFVR (155790) who flew with 101 Squadron and was shot down on 23rd February 1945.  He was captain of Lancaster I PA237 SR-V which took off from Ludford Magna (Lincolnshire) at 1613hrs for a raid on Pforzheim, Germany, comprised of 368 Lancasters and 13 Mosquitoes.  PA237 was equipped with 'ABC' aerials making it a prime target for night fighters. The aircraft was shot down en route to the target and all of fhe crew were killed.  Fl. Lt. W.W. Wallace, Sgt. R.E.A. Winstone, Flt. Sgt. S.R. Allen, F/O A.W. Stuart, Sgt. G.A. Stephens, Sgt J.A. Slater and Sgt. D. Mortimer are all buried at the Durnbach cemetary (Watt in plot 11.H.20).  Watt was the son of James & Etoline Watt of Cupar, Fife and the wing was purchased from someone living in Cupar.  A very nice wing.  Stock code U21611. 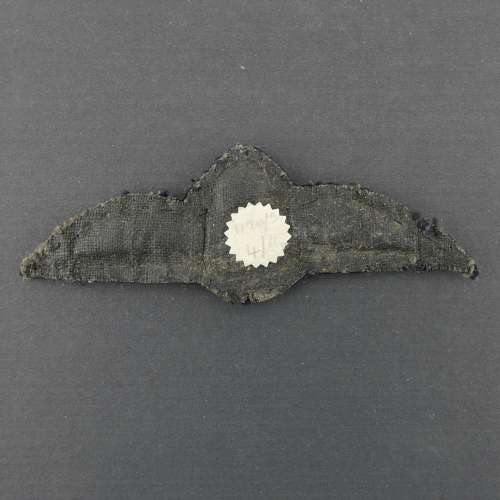 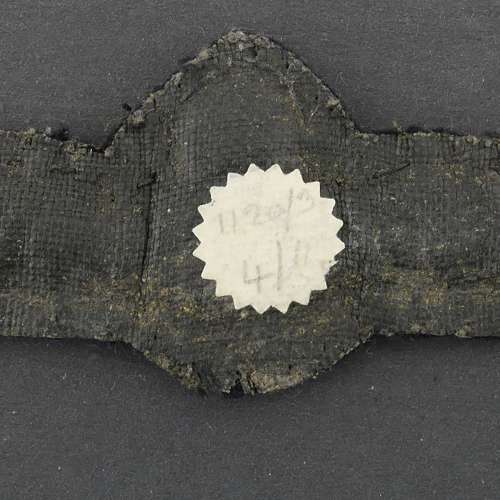