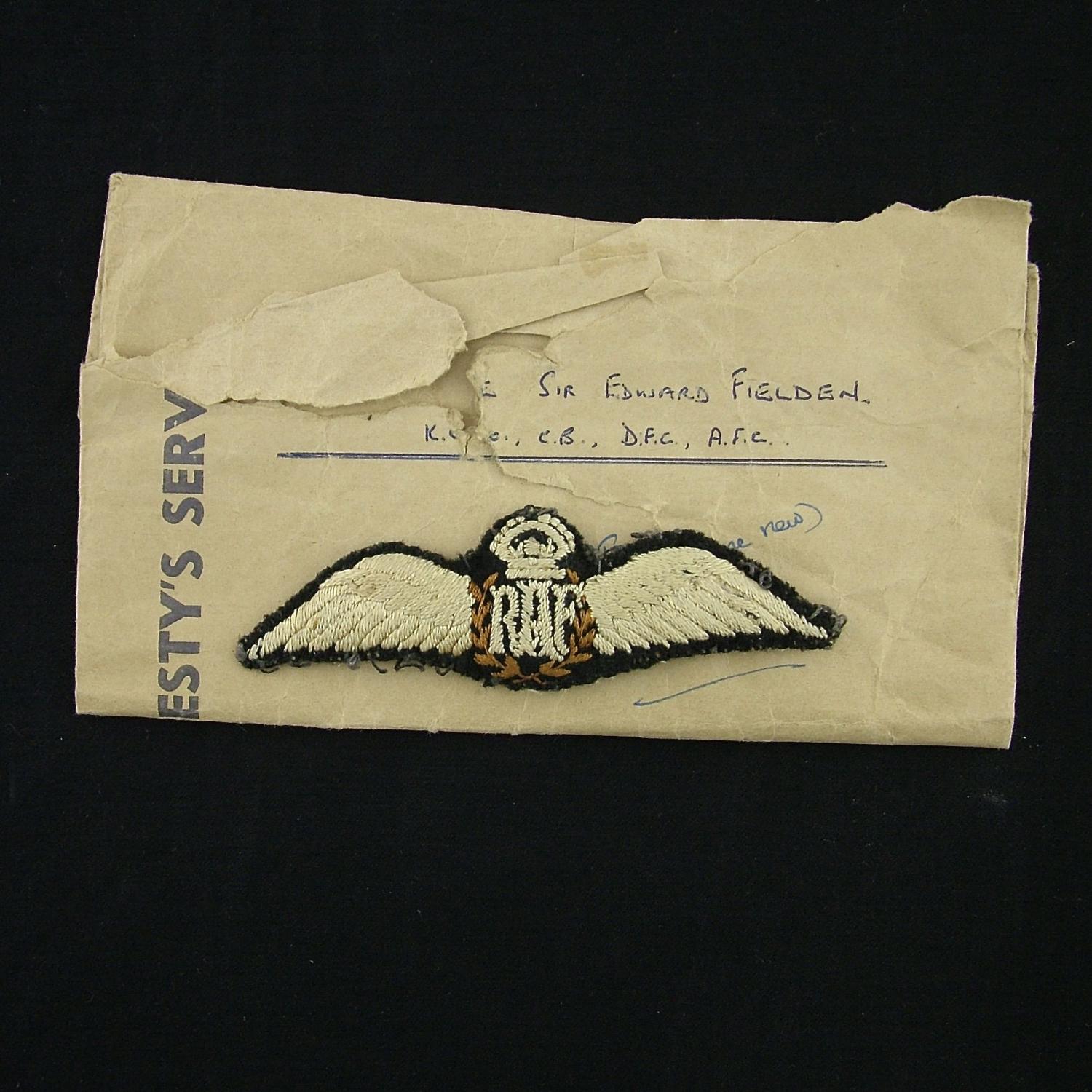 A very nice set of King's crown padded pilot wings attrubuted to Air Vice Marshall Sir Edward Hedley "Mouse" Fielden G.V.C.O, C.B., D.F.C., A.F.C.  He was born in 1903 and entered the RAF on a short service commission in 1924. He served with 25 & 23 squadrons and the meteorological flight at Duxford. At the end of his five year commission he was posted the RAF reserve as a Flight Lieutenant.
Fielden's career is quite dominated with his service to the Royal family and their flying activities, beginning is 1929 when Edward, then the Prince of Wales appointed him to be his personal pilot.  In October 1933 he was appointed Chief Air Pilot & Extra Equerry.  Following the death of King George V in 1936 and the succession of Edward, Fielden was appointed Captain of the King's Flight, a role he retained after Edward's abdication.  Fielden was promoted to Wing Commander in 1936 and returned to service at the beginning of the war.  By 1942 he was Commanding Officer of 161 squadron and promoted to Group Captain in October the same year when he assumed command of RAF Tempsford where 138 (Special Duties) Squadron were based.   He played a significant role in directing operations in support of the resistance movements in Europe.
He was awarded the Distinguished Flying Cross in April 1943 and his service to the Royal household recognised with his appointment as Commander of the Royal Victorian Order.  In 1945 he became CO at RAF Woodhall Spa.  After the war he was appointed Captain of the newly reformed King's Flight, created Knight Commander of the Victorian Order in 1952 and headed the Queen's Flight on the death of Kings George VI.  Fielden retired in 1962 and appointed Senior Air Equerry to the Queen and promoted to Air Vice Marshall.  He earned the nickname 'Mouse' due to his discretion and self effacing manor.  Fielden died in 1976 at the age of 72.  A set of wings with a very distinguished history.  Stock code U21190. 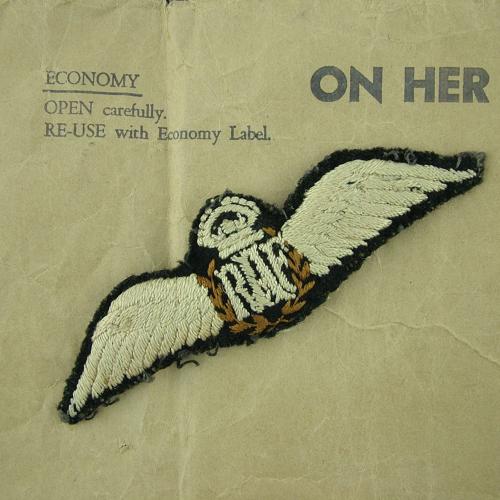 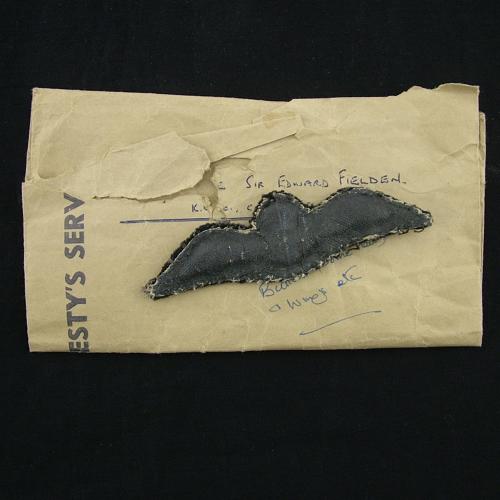 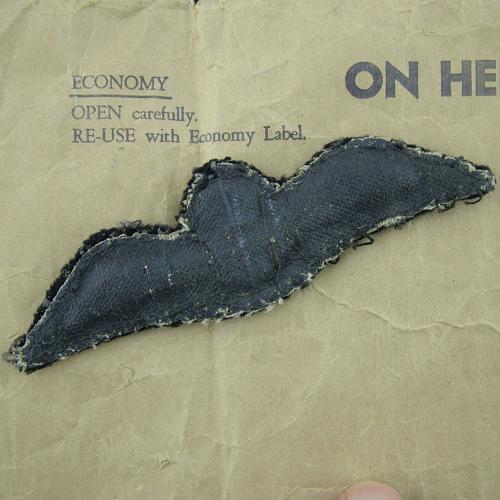 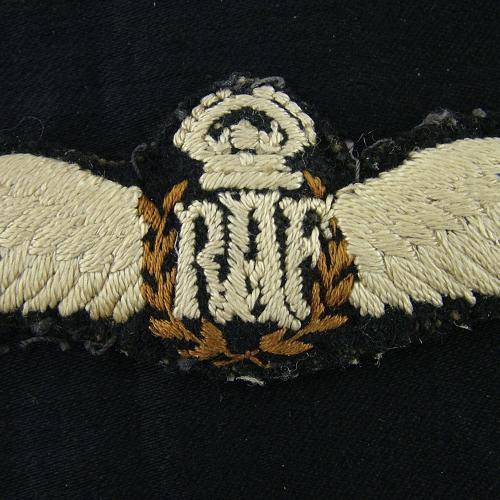