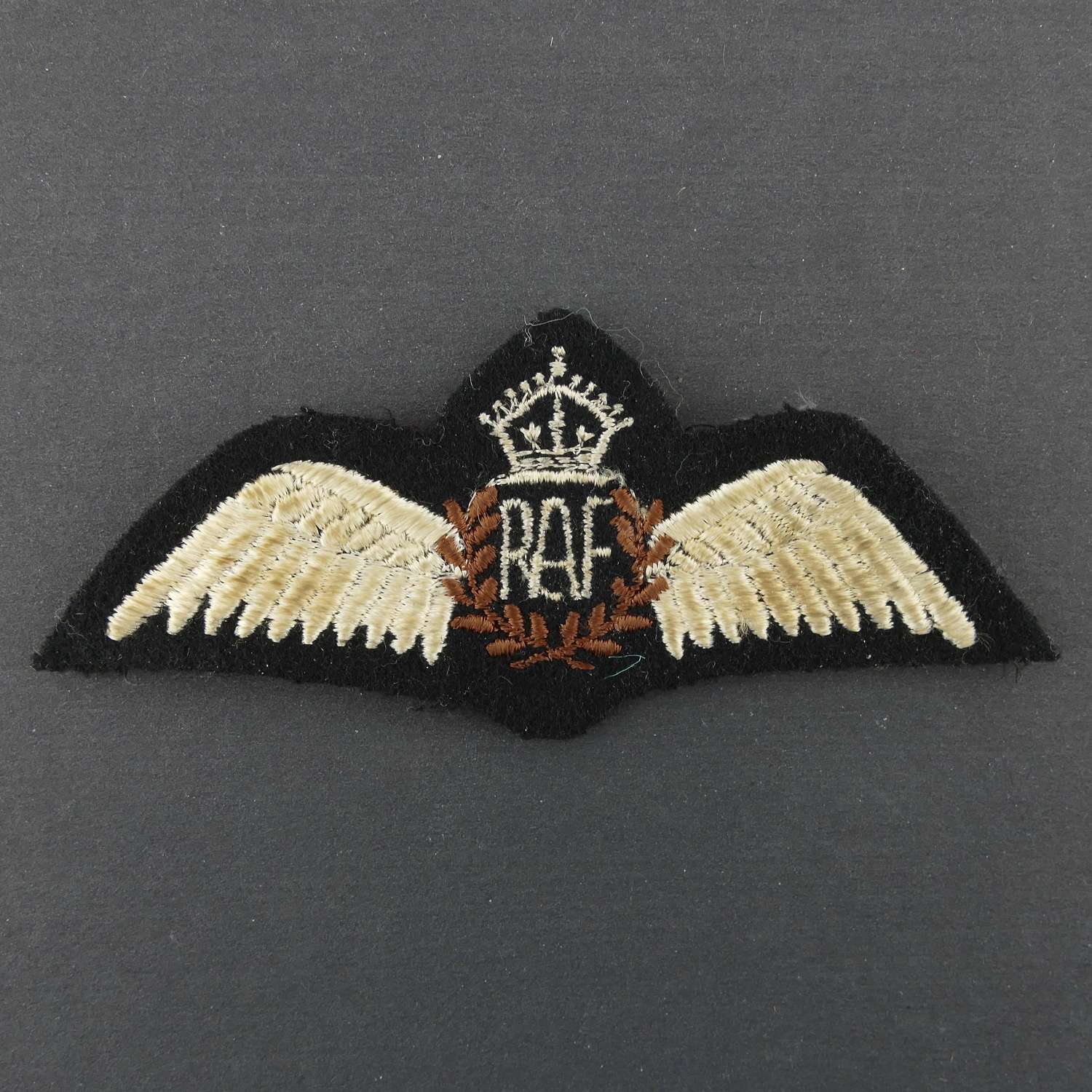 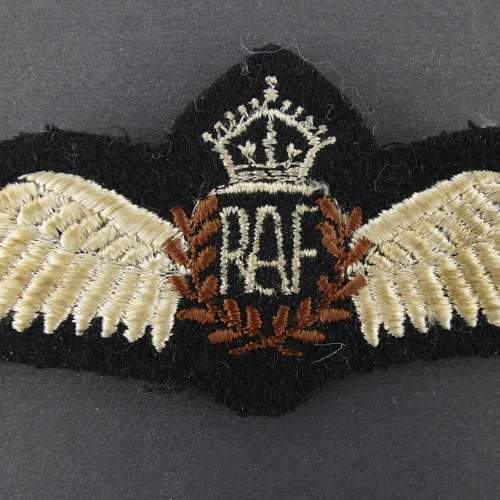 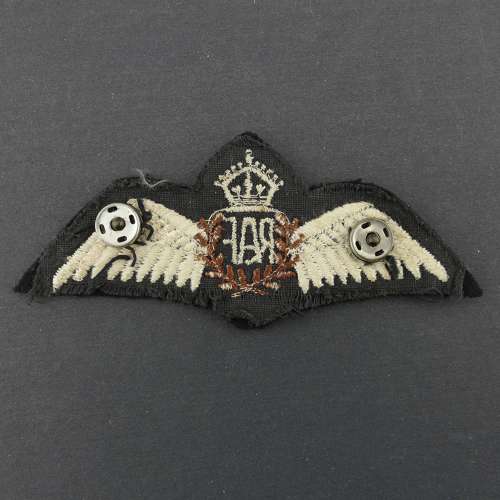 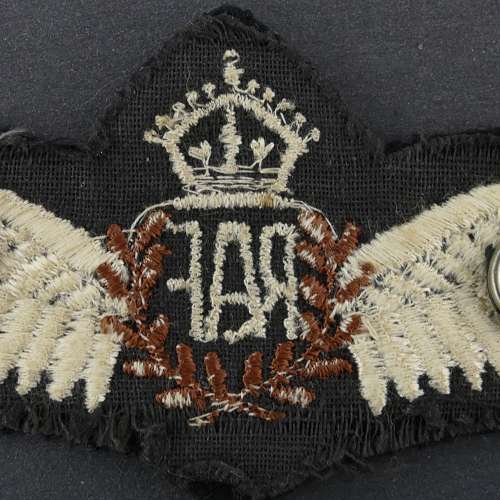 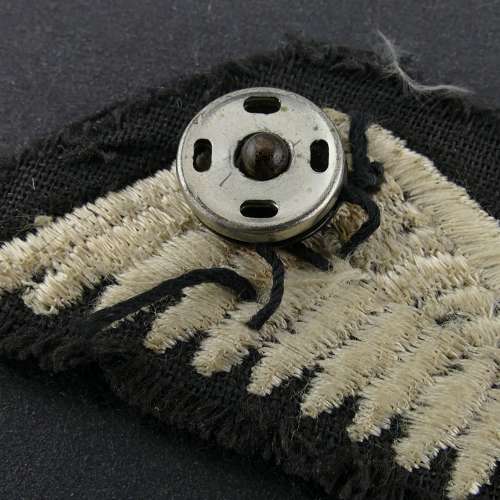 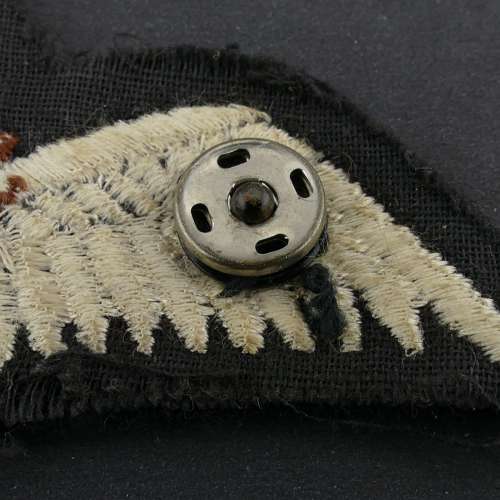 Flat pilot wing in silky off-white coloured thread.   It has press stud poppers stitched to the rear (male and female sections present) for attaching to 'tropical' uniforms.  The studs allowed the wing to be removed to avoid damage from frequent laundering.  Minor soiling.  One stud is loose.  As the female portion of the poppers are present these would appear to be unissued/unused.  Stock code U21933.