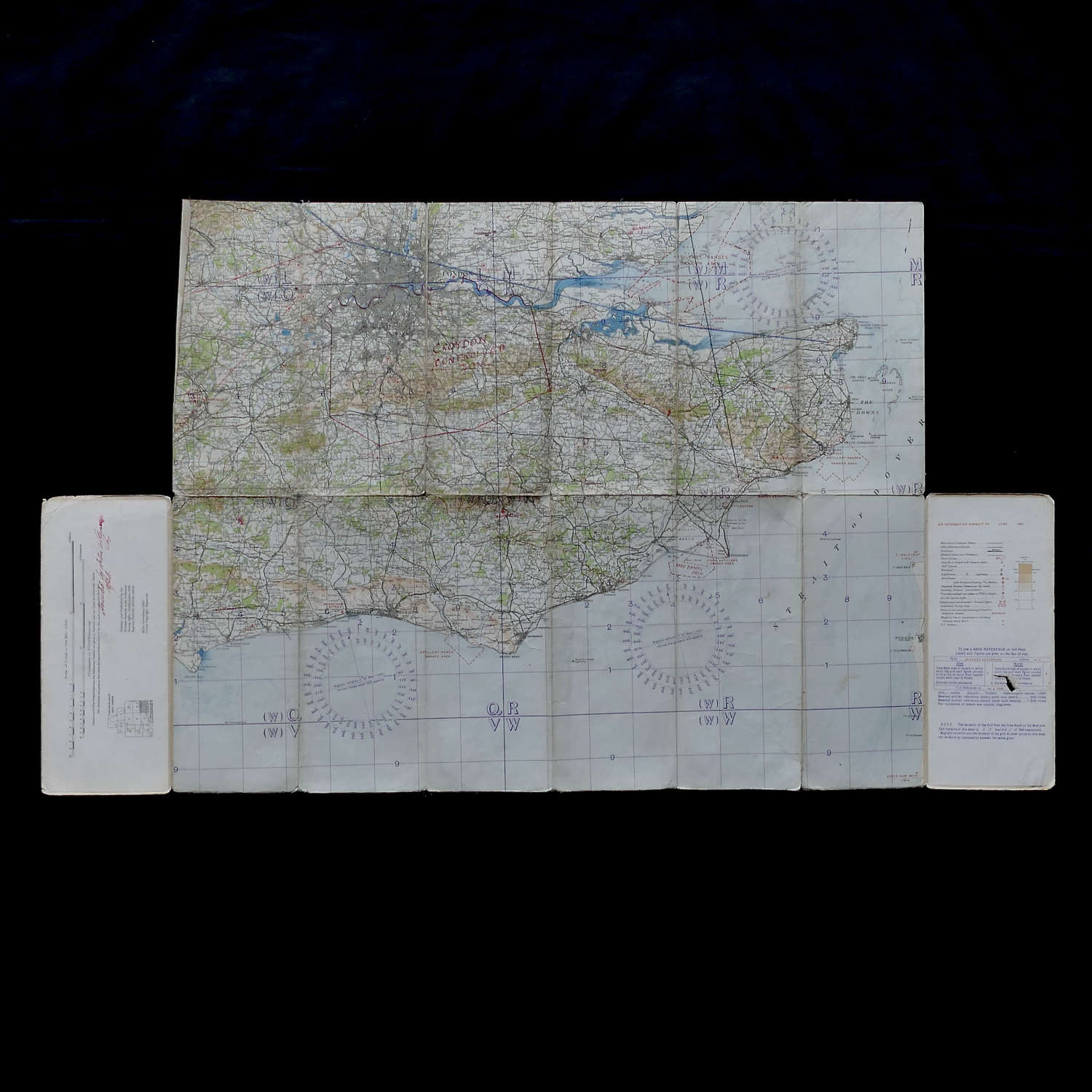 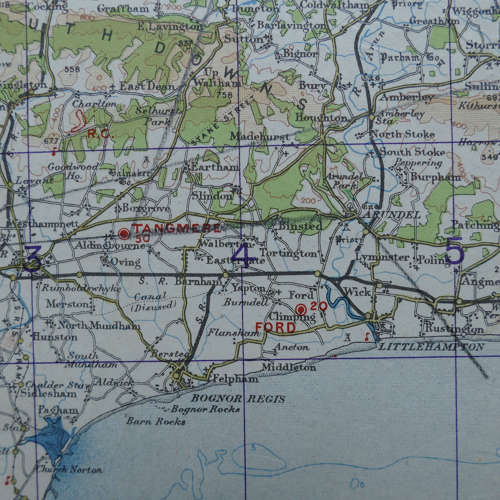 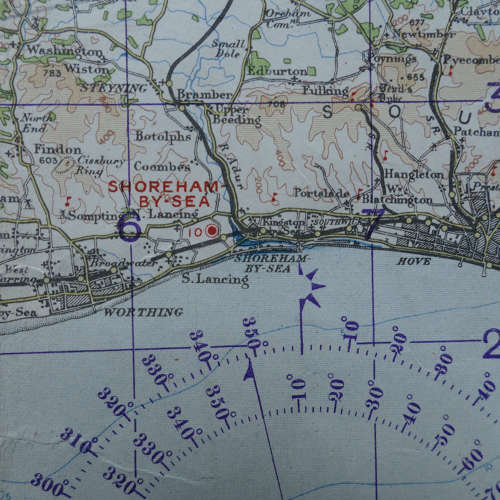 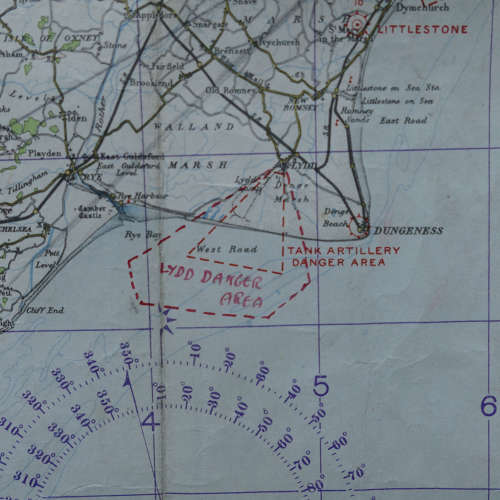 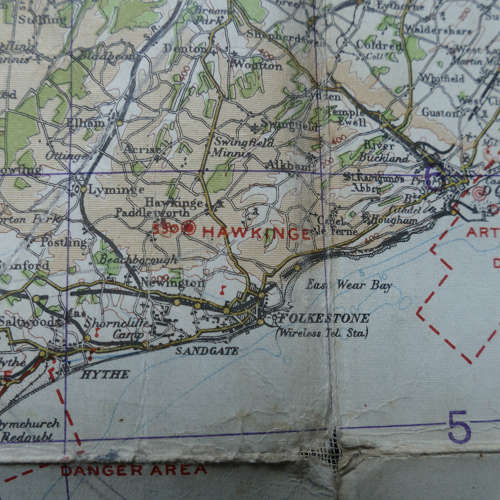 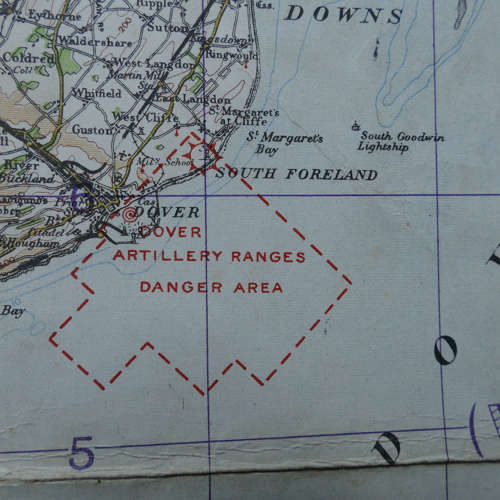 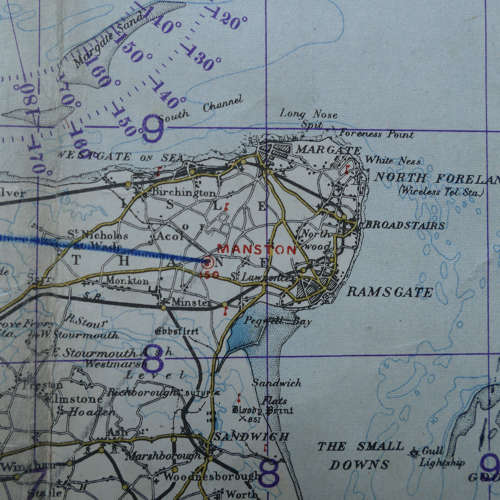 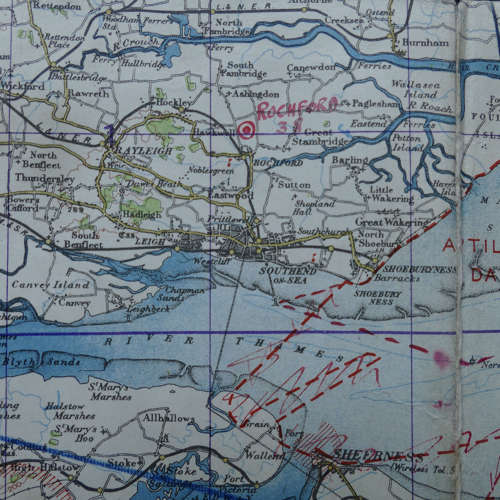 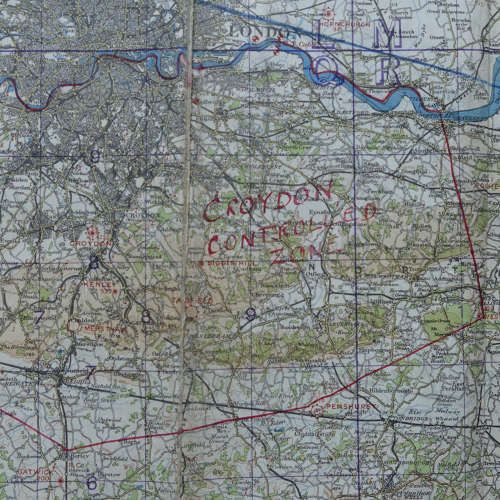 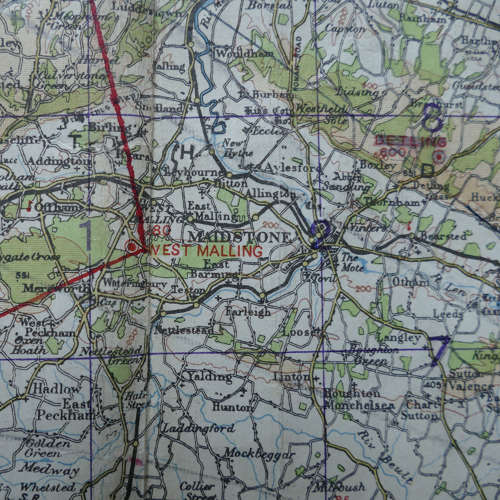 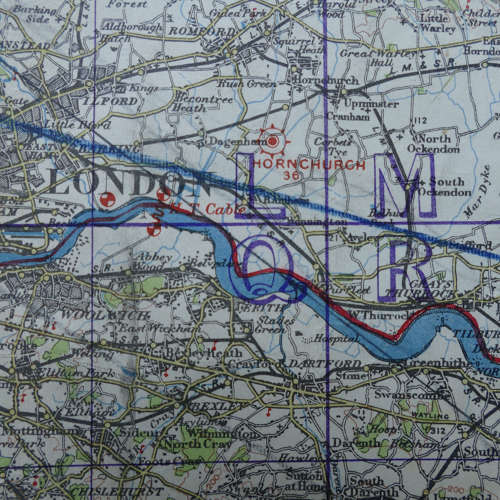 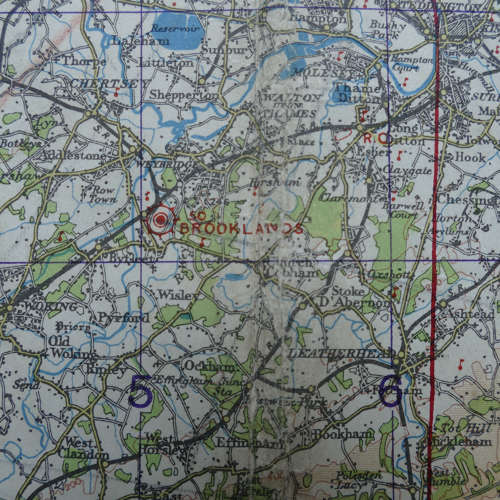 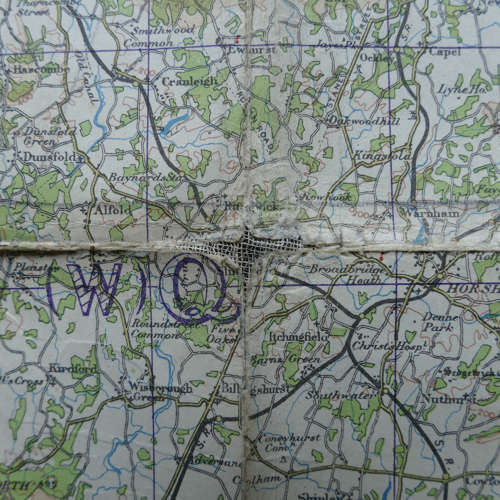 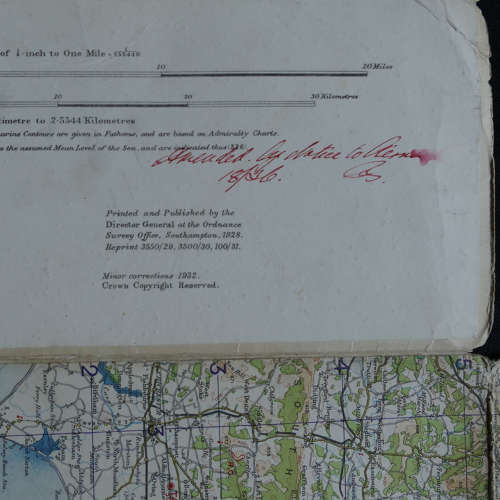 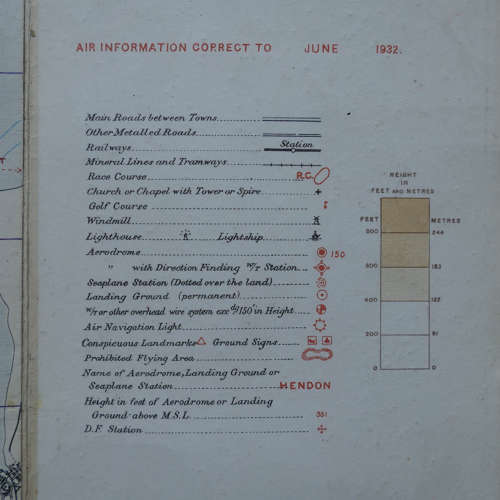 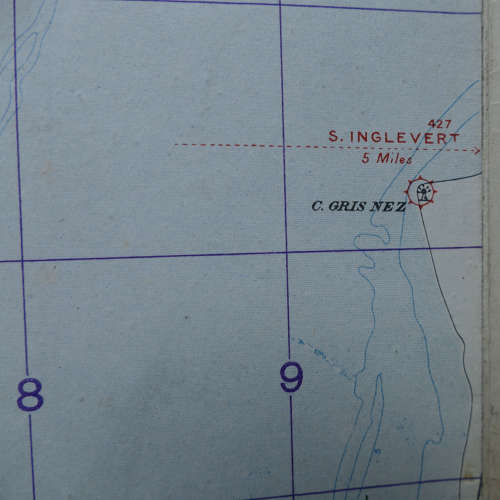 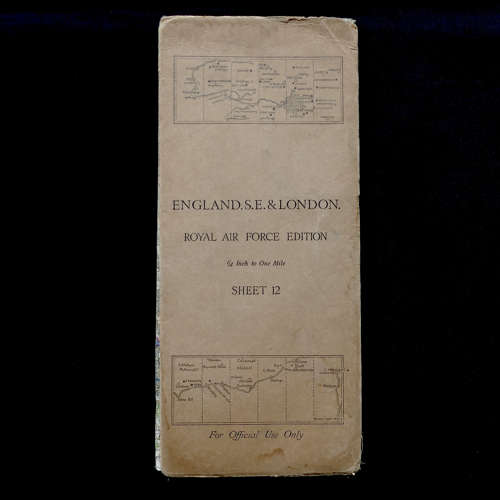 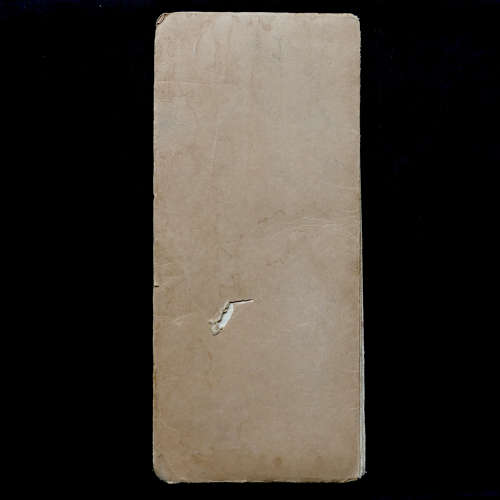 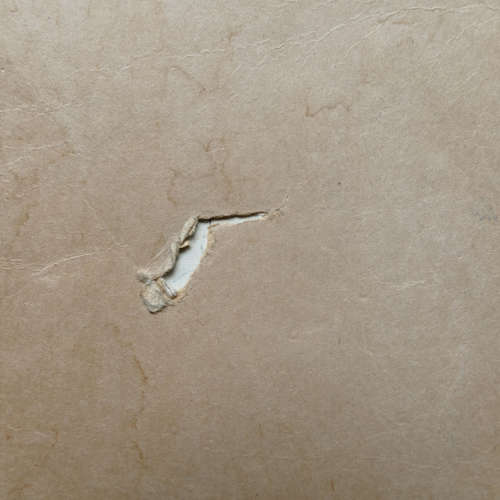 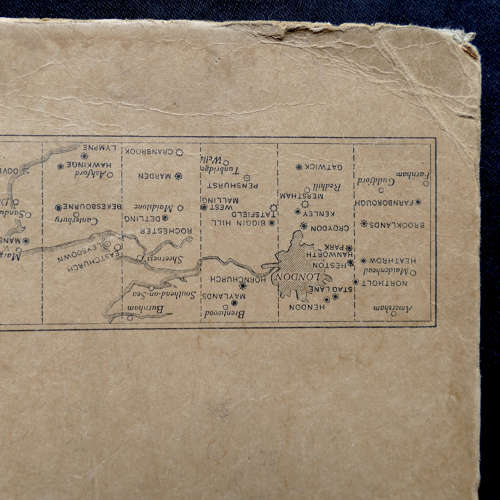 Royal Air Force Edition, Sheet 12, 1/4" to One Mile. Approximately 66 x 54cm. 1932. Linen-backed paper with card covers.  Marked with all the RAF bases operational at this time including many that became famous during the Battle of Britain such as Tangmere, Hawkinge, Lympne, Manston, Hornchurch, Brooklands, Hendon, West Malling, Kenley etc.  It has some routes marked in chinagraph pencil and the area around Croydon is marked in red ink as 'Croydon Controlled Zone'.  Shows use and age with creasing and some damage to the covers.  The map itself is creased with wear on the fold lines, annotations and general soiling.  Reasonably good overall.  This is the map/area that most Battle of Britain collectors want.  Stock code P24691.