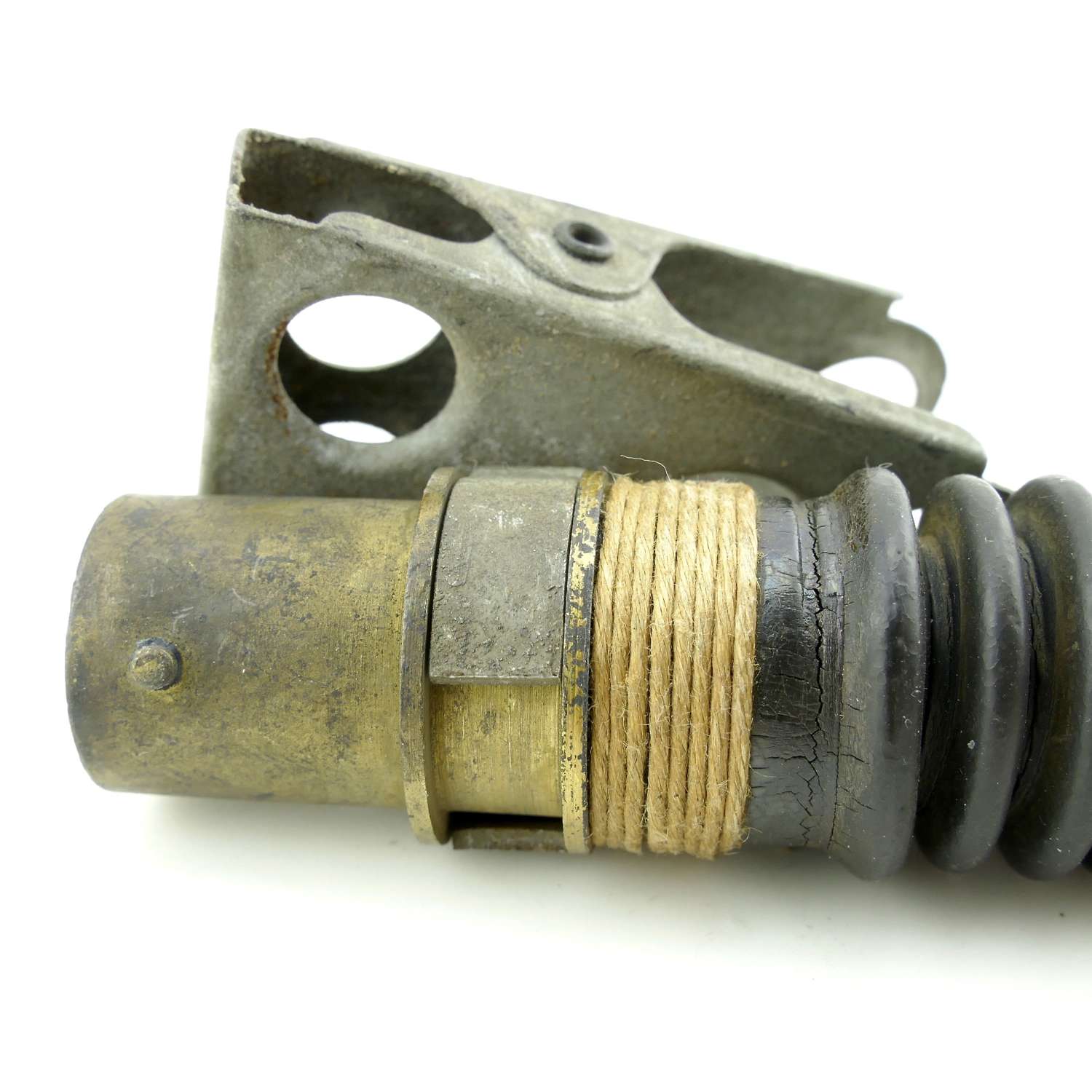 Standard early war pattern corrugated rubber oxygen tube complete with a brass plated Air Ministry MK.IV (6D/526) bayonet connector and cadmium plated crocodile clothing clip.  These early tubes are significantly narrower than later war examples and were standard fitting on the E-series masks and also used on some early issue G-masks.  This example is fully flexible but has minor cracking within the folds/corrugation and a crack near the lower end (see photographs).  No major splits or holes and in good '+'used condition overall.  Significantly rarer than the later war tubes.   Stock code O23419. 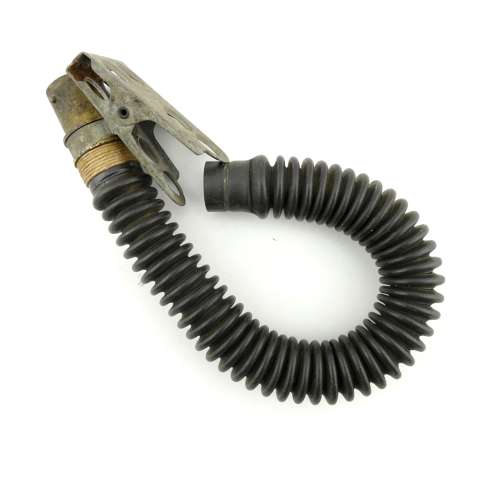 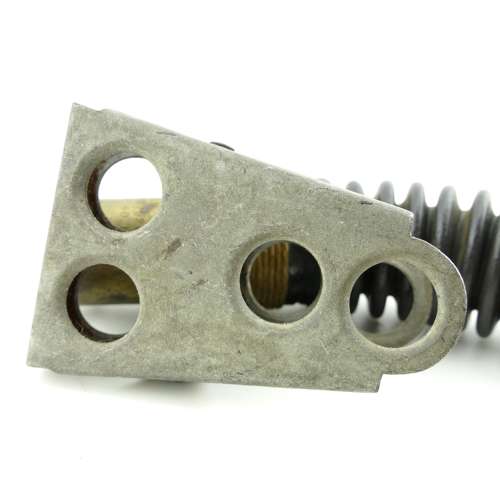 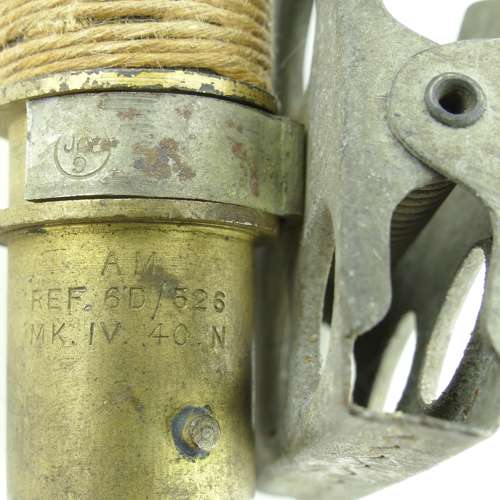 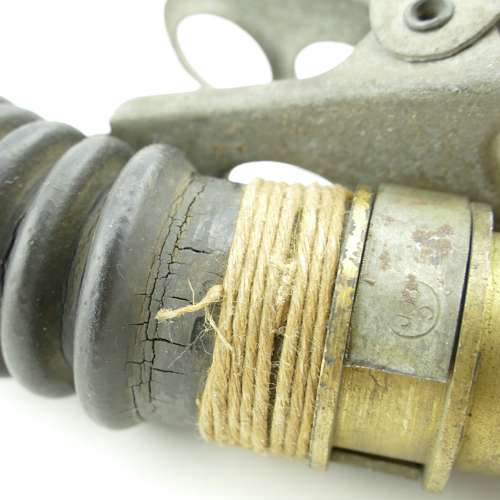 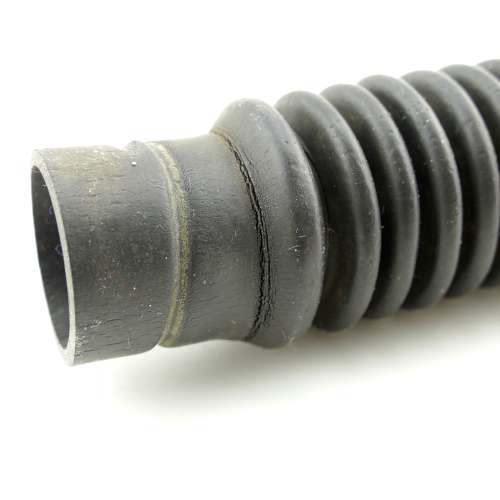 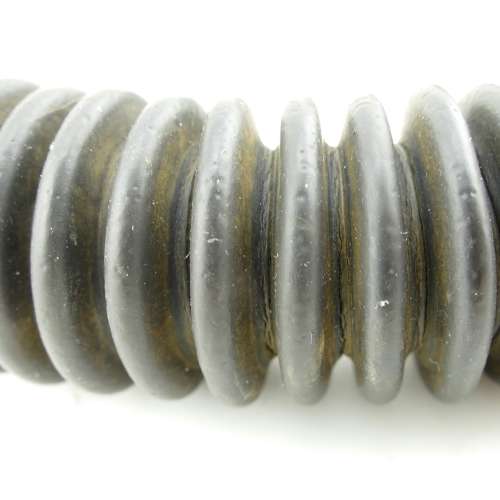 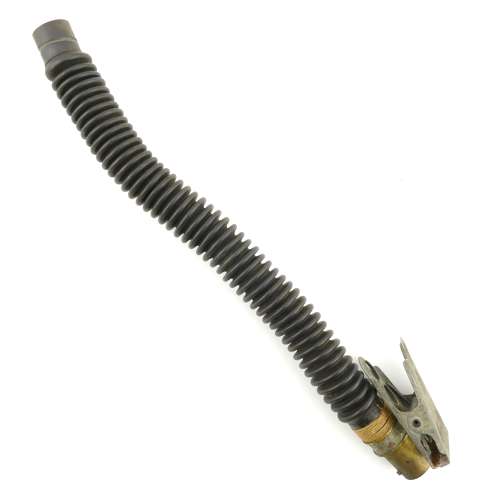