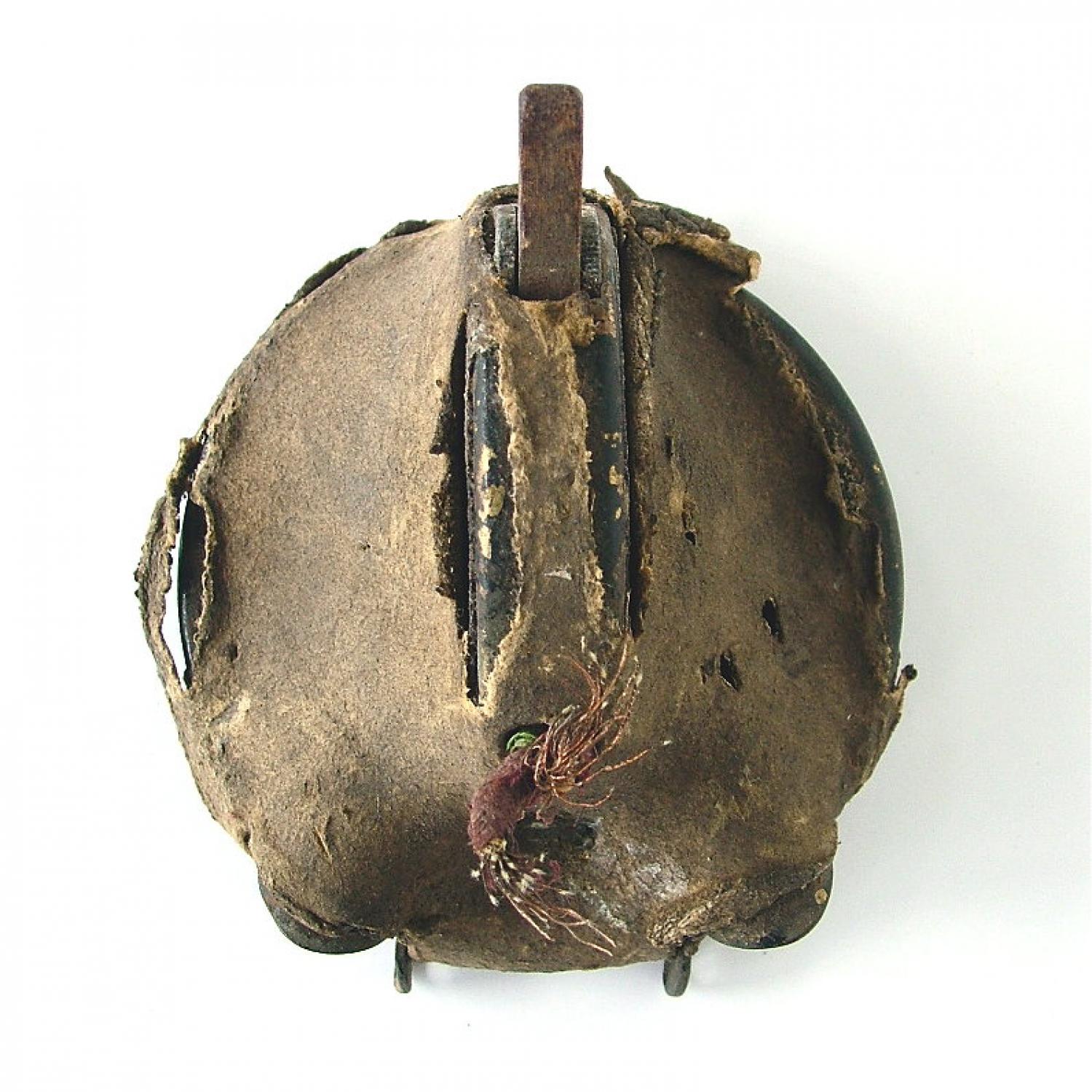 Stores ref. 10A/9004. Many of you will probably know this as the Microphone, mask, type E (ref. 10A/9003) but technically that refers to the microphone complete with wiring and plug. The microphone consists of a bell-shaped, chamois covered, black painted brass carrier. Within this the actual microphone componant is mounted (10A/7355). Part of the inside of the carrier is sprayed with powdered cork which acts as an insulator against condensation and noise. To the base of the carrier are two moulded breathing vents and at the top is the toggle switch. This example is in quite good condition retaining much of its original chamois.  There are remnants of the original wiring loom visible but the wiring retaining anchor comprised of a small angled bracket, is absent. These microphones were used with the cloth type D oxygen masks and pre-date the flat-fronted type 18 (type 19 when mounted/wired). Photographic evidence suggests they saw considerable use during the Battle of France - for example with 53 Sqdrn. This example has the earlier/heavier brass housing. Later microphones had a much lighter alloy housing. Good looking microphone and a rare find these days. Stock code O16545. 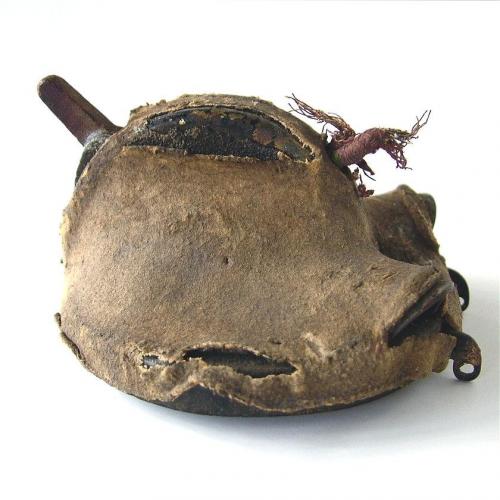 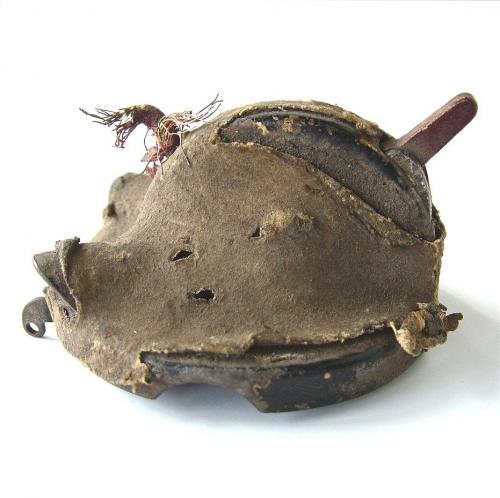 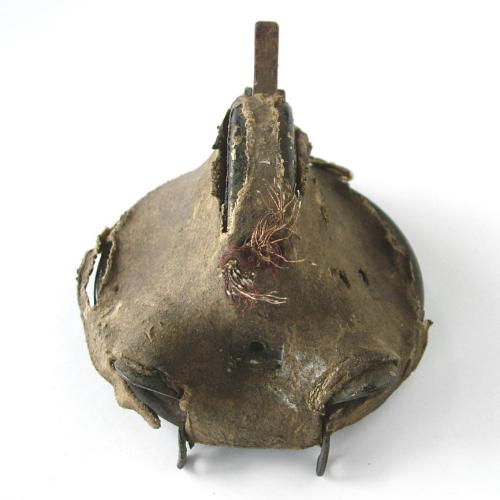 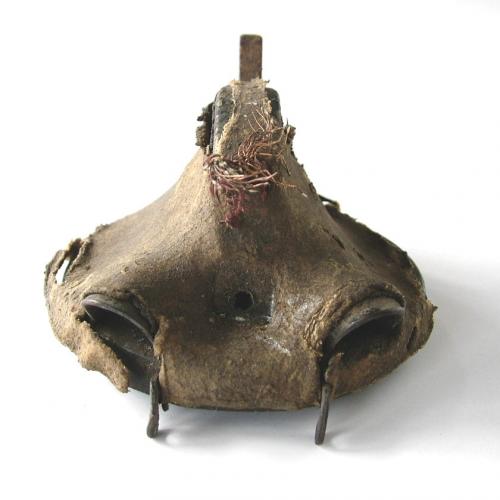 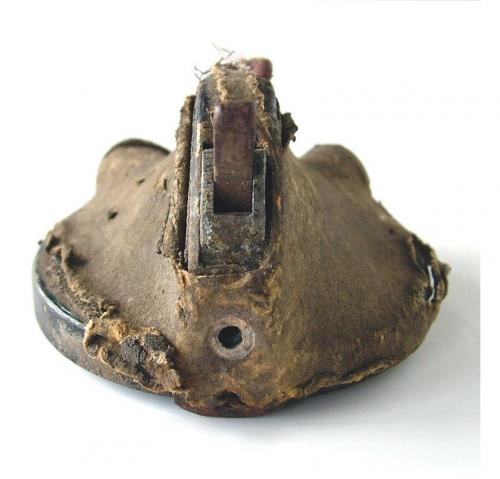 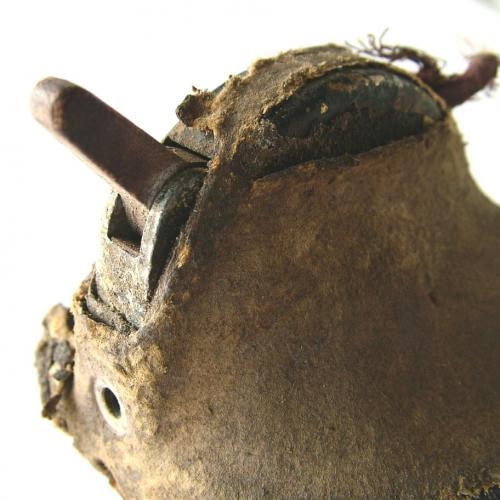 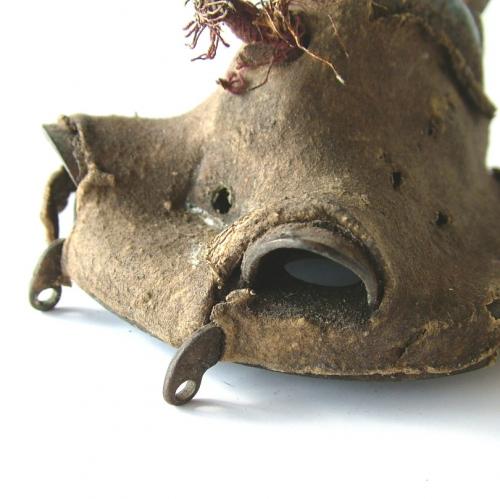 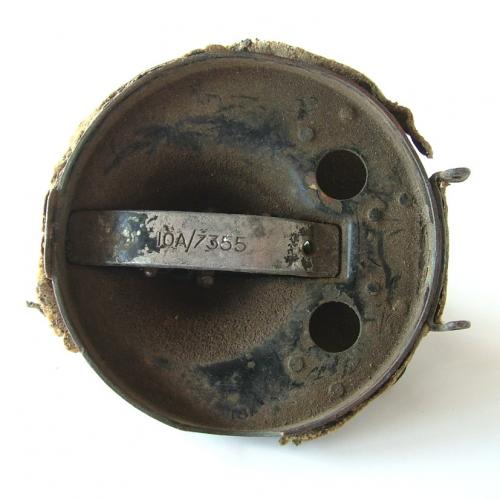 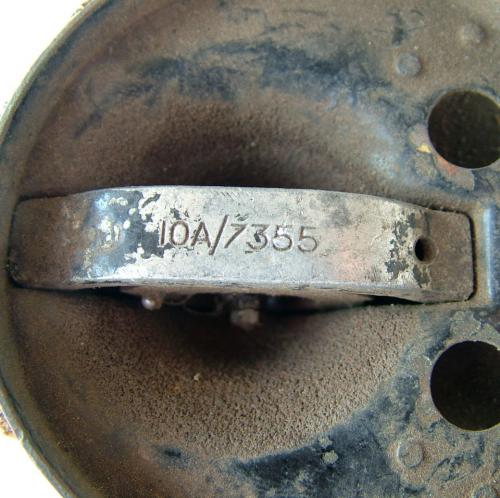