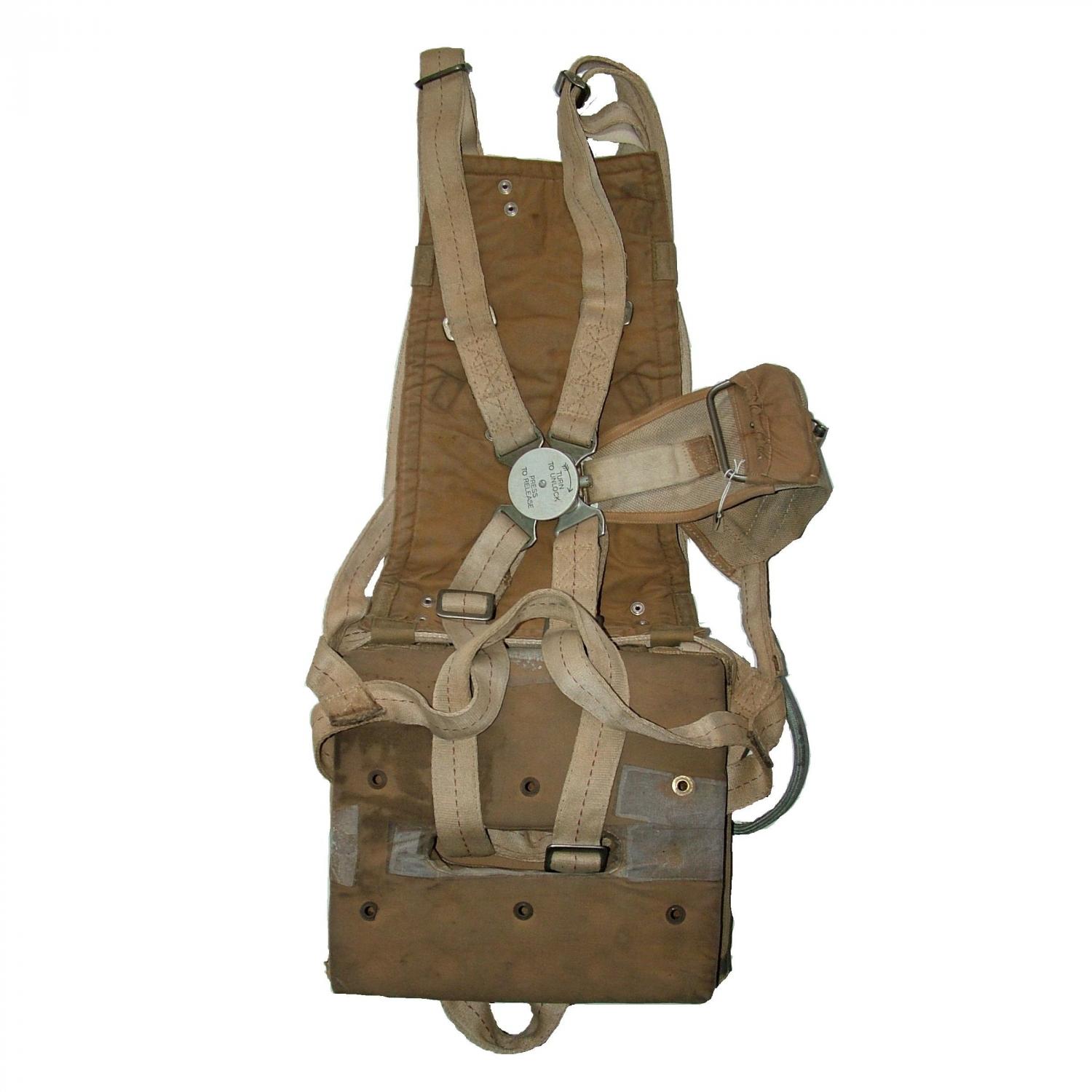 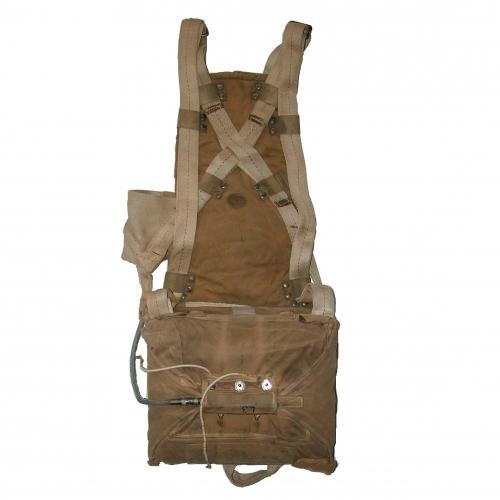 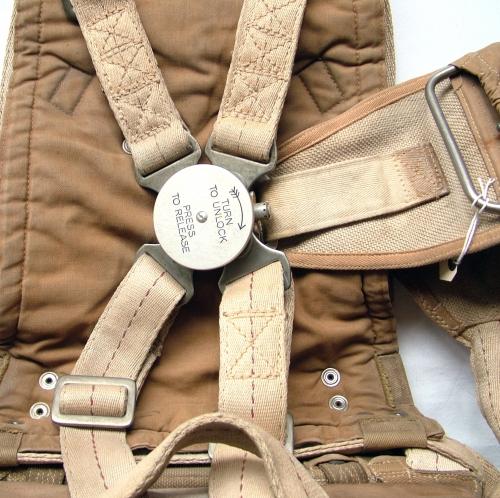 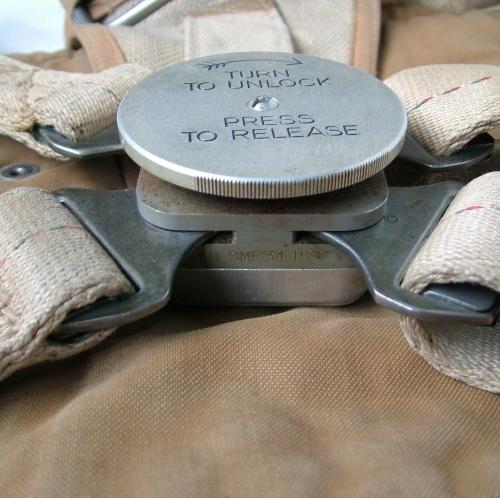 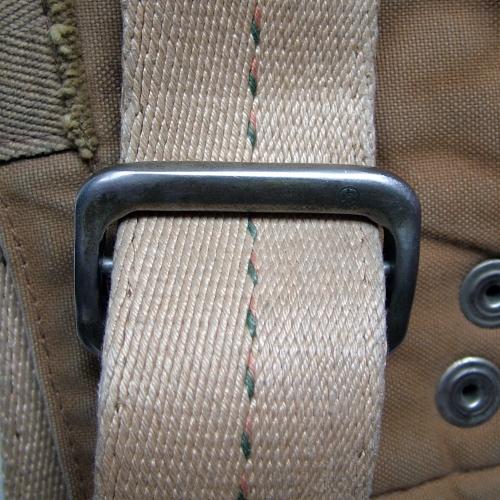 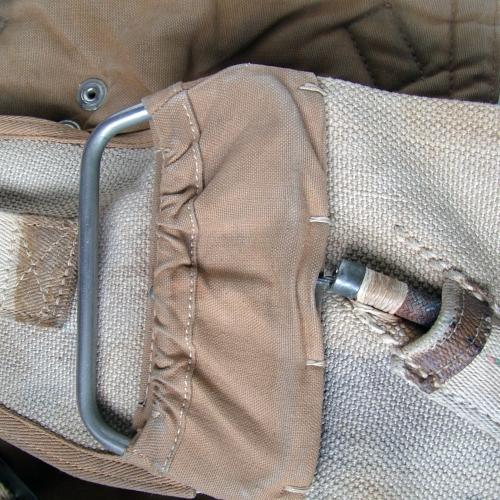 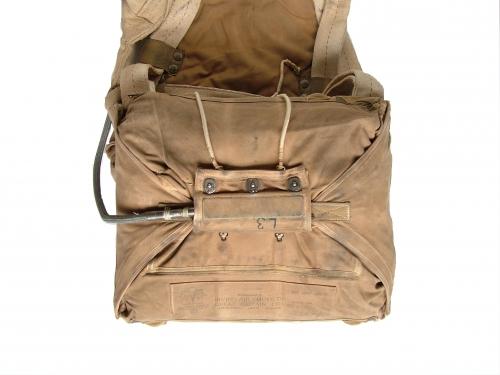 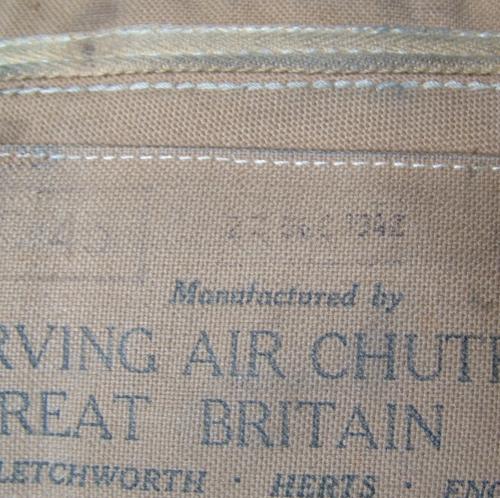 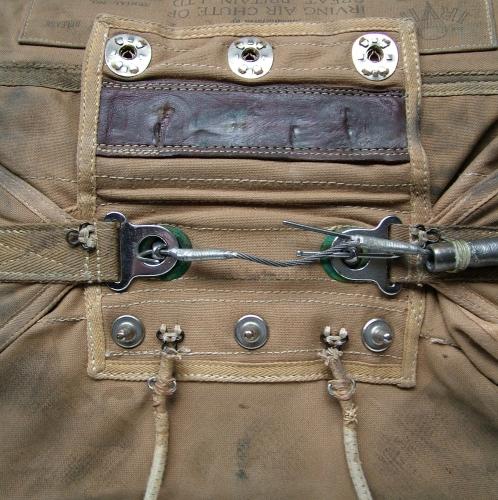 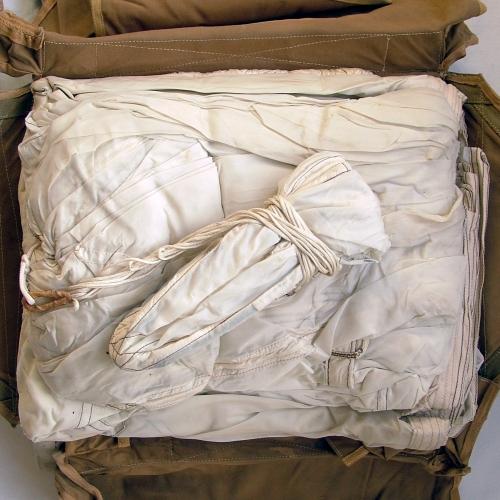 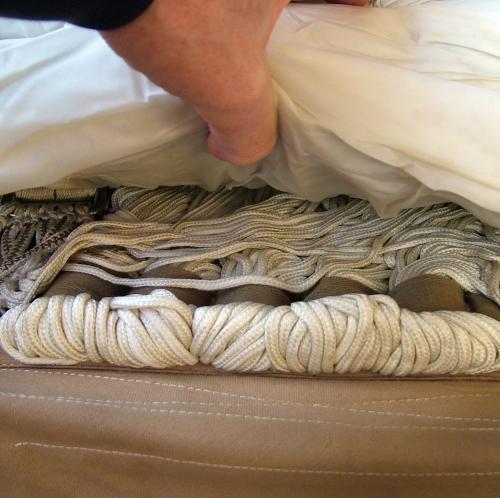 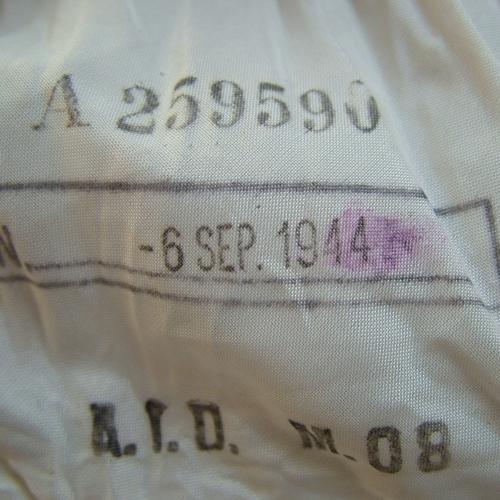 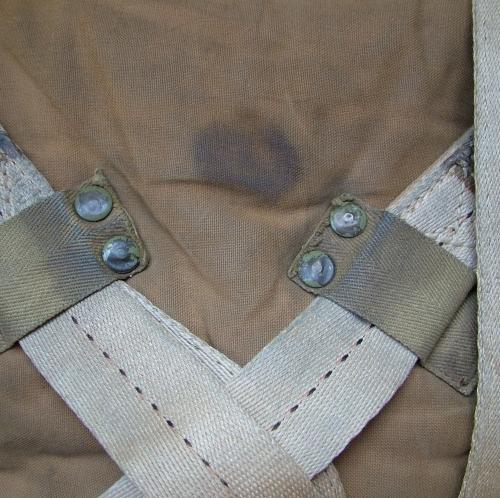 The webbing harness is in very good condition, undamaged but a little grubby through use and storage.  It is unlabelled and there is no evidence of one having been removed.  The pack is in very good condition but is soiled/grubby. The seat cushion is undamaged but grubby externally and  the foam rubber insert is degrading a bit - it still has flexibility but sounds a bit 'dry'. The backpad is in sound condition but is again grubby with some wear to the straps and stud fasteners.  This too has never been labelled but does have faint A.I.D. marks.
A good complete example of  a rare wartime seat harness and an impressive display piece.  Stock code S19063.