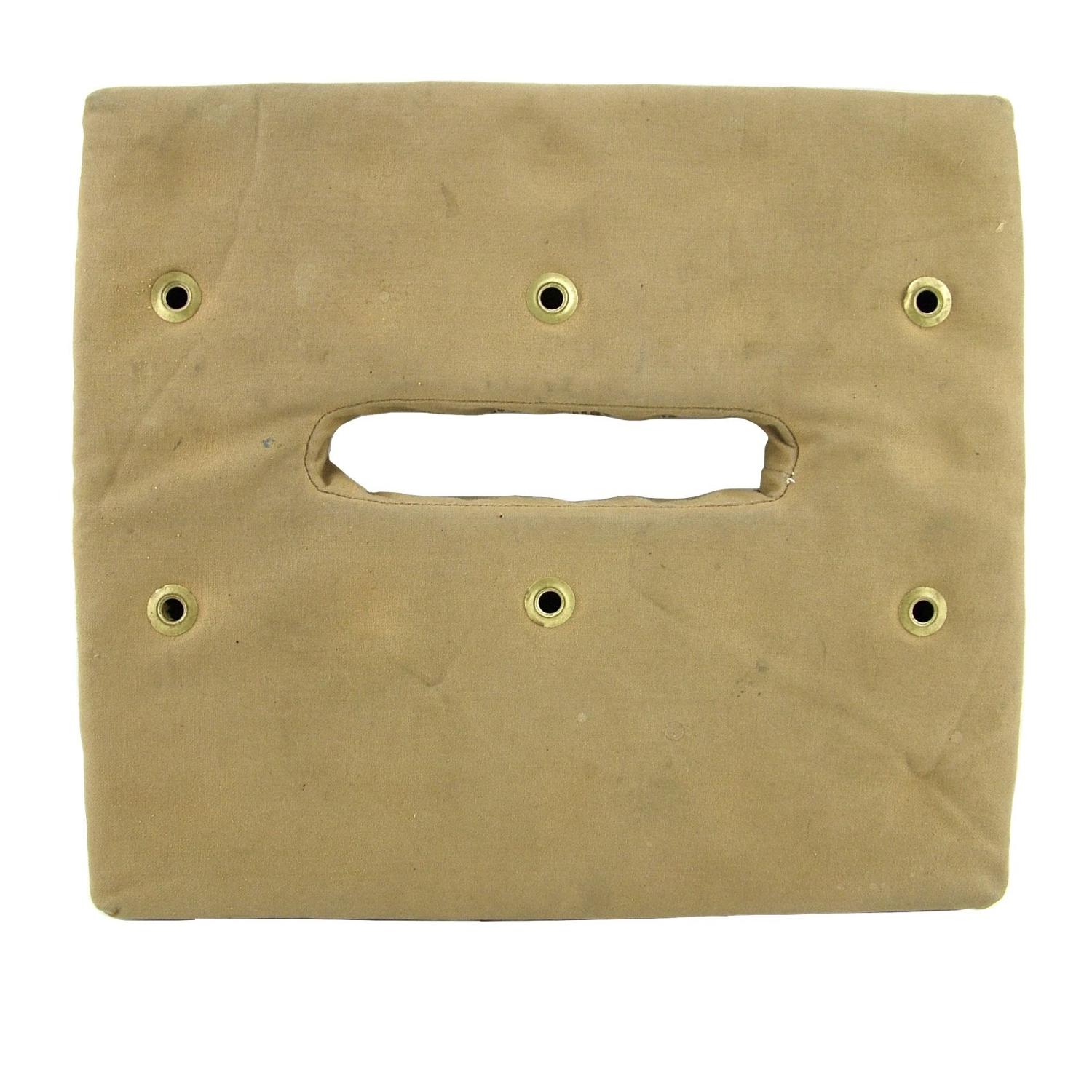 Sandy coloured cotton canvas cushion with brass ventilation eyelets.  Central slot for the parachute harness straps to pass through.  Dense Sorbo rubber padding/insert.  Webbing straps with press studs allow the cushion to be attached to the pack of a seat type parachute harness assembly.  Very clean and looks excellent but is shedding some rubber dust.  It has some kind of inspection stamp and several dates, the only clear one of which reads 1966.  Believed to be a late war or early post WW2 cushion with re-issue dates   As with most parachute kit these are now increasingly difficult to source.  Stock code S23804. 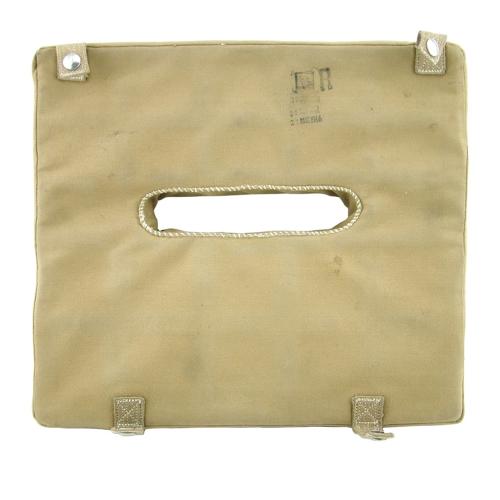 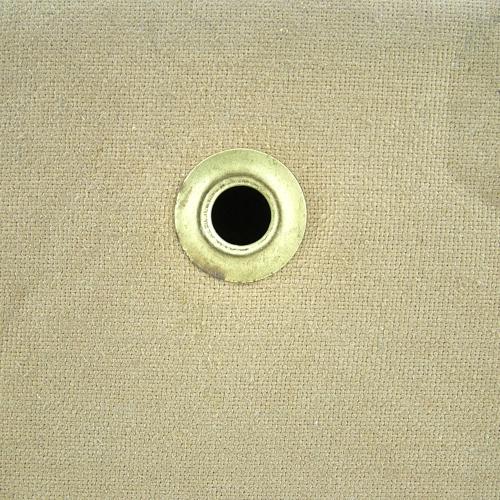 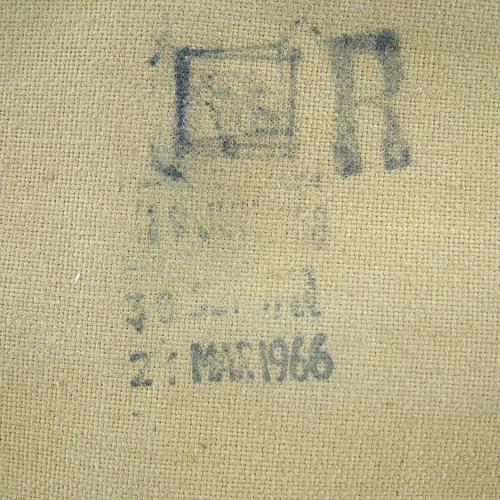 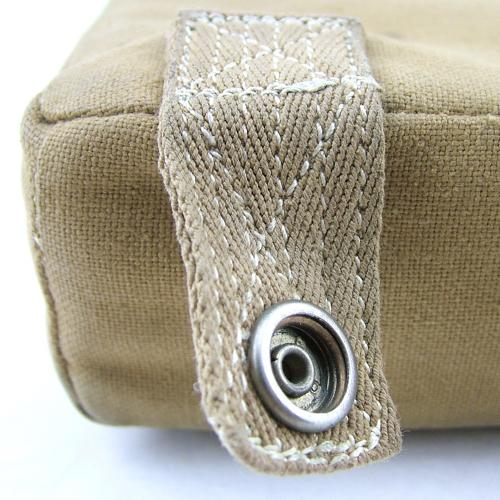 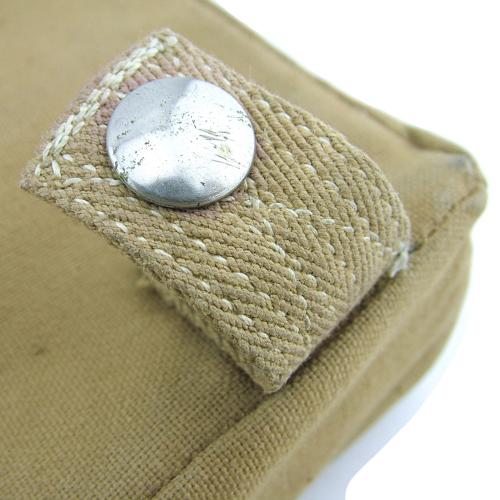