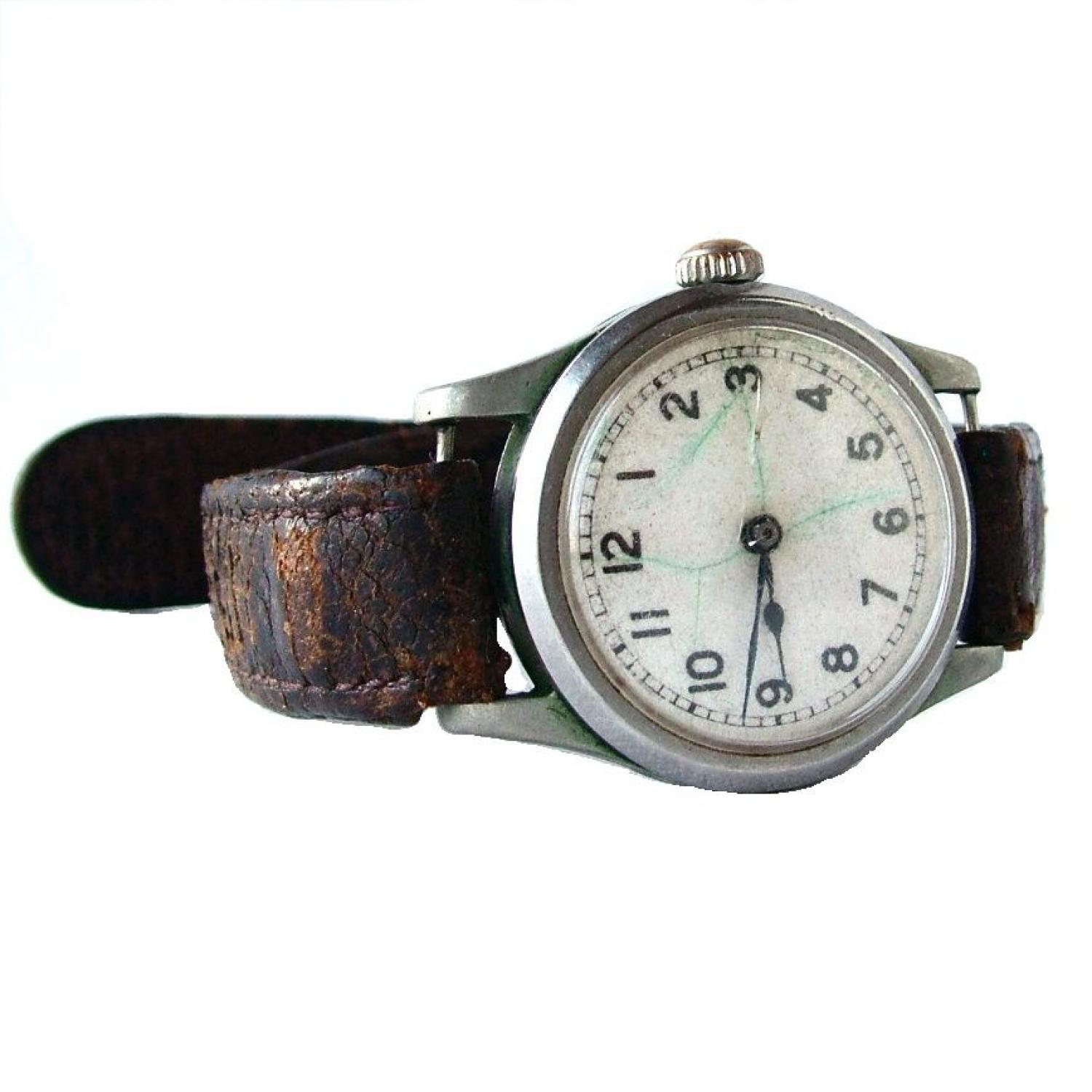 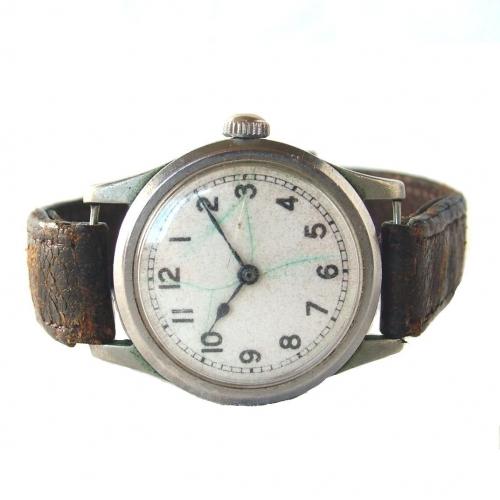 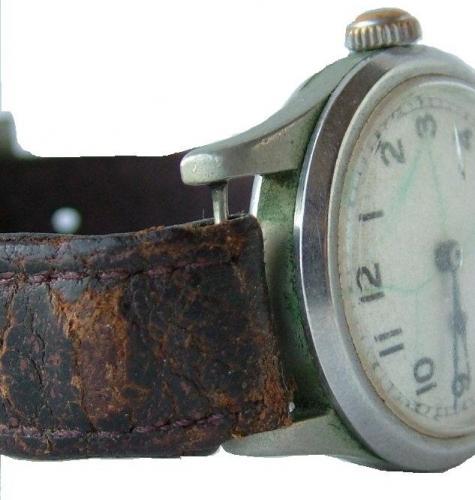 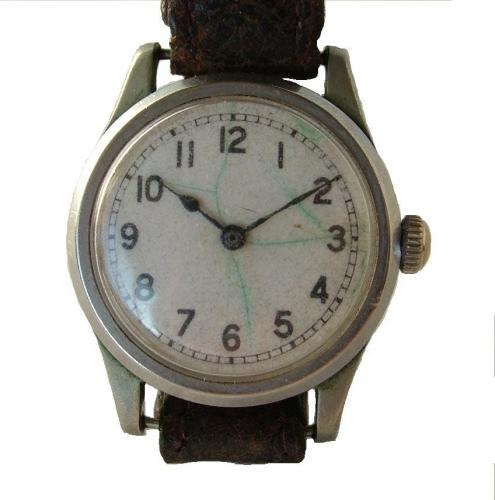 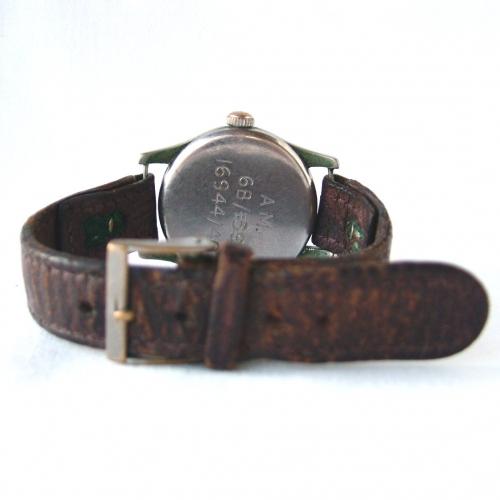 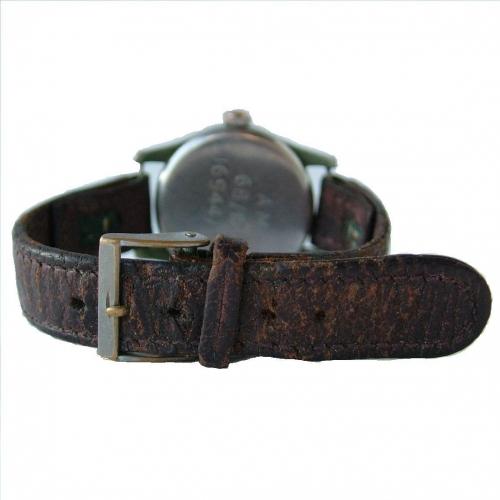 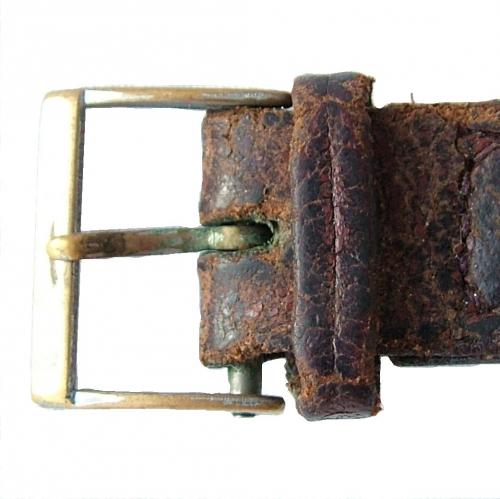 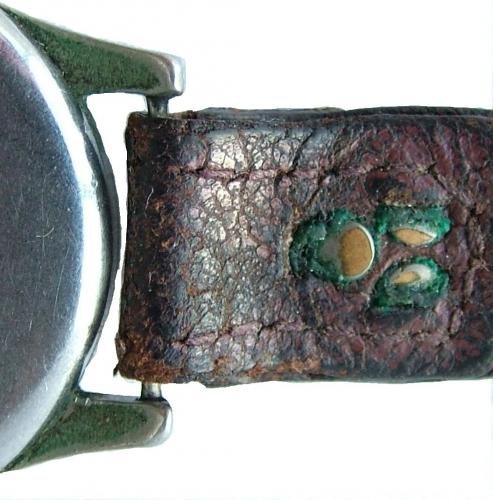 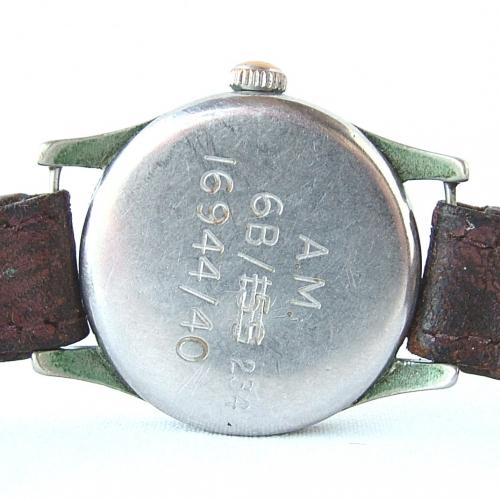 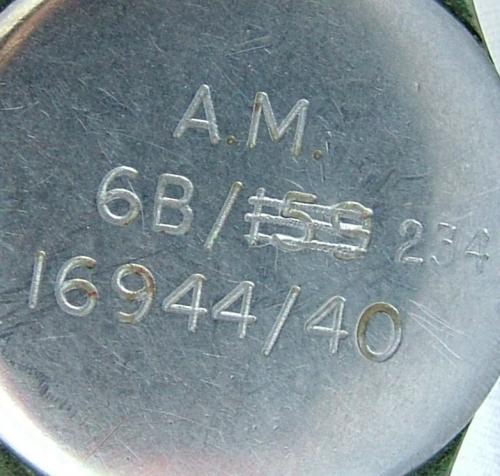 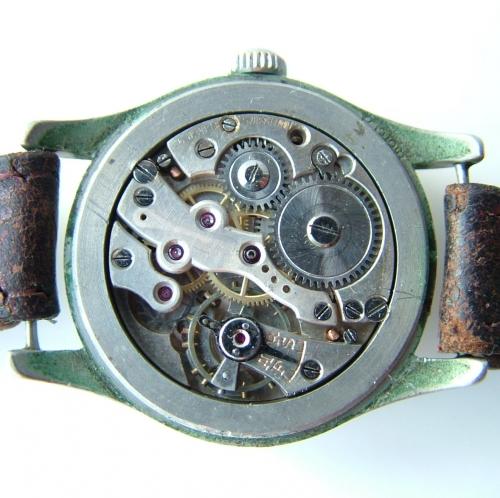 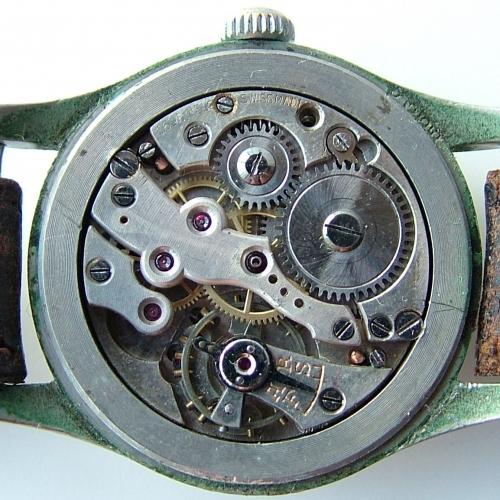 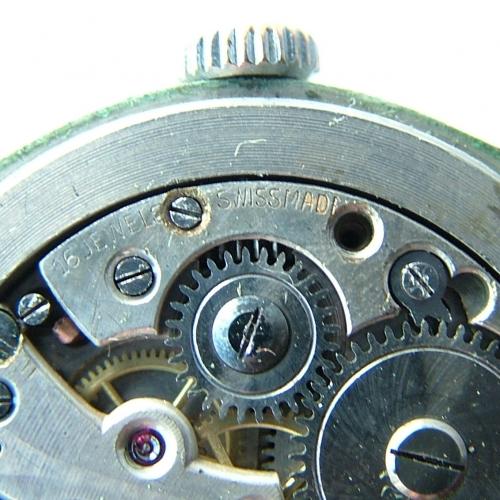 Stores ref. 6B/234) (originally 6B/159).  In 1940 the Air Ministry began to issue 'economy' (brand-less) watches to be used where the usual Longines and Omegas could not be justified.  Built to the same specification with a Dennison case, 16 jewel Swiss movement and a white dial.  Engraved on the back with A.M. markings and reference codes 6B/159 indicating a pilot's/navigator's watch.  However, this number has been 'crossed out' and replaced with '234' indicating the watch has been repaired and reissued during the war (Some watches were issued solely as 6B/234's indicating a subsitute standard pilot's wristwatch).
This example is in reasonable condition.  The case is good showing only minor scratches and wear.  It is clearly marked to the back cover with a 1940 date code. The dial has become a little discoloured with crazing and some green line marks.  The watch probably had a sweep seconds hand that is now missing and the crystal is marked/scratched.  The watch has what appears to be the original brown leather strap that although complete shows a fair amount of wear with surface cracks/abrasion and verdigris deposits.  The movement appears to lack one case screw but is held firm nonetheless.  It ticks away strongly and keeps accurate time.  A considerably cheaper way of obtaining a genuine early war period pilot watch.  Fair/reasonable overall conditionStock code C20966