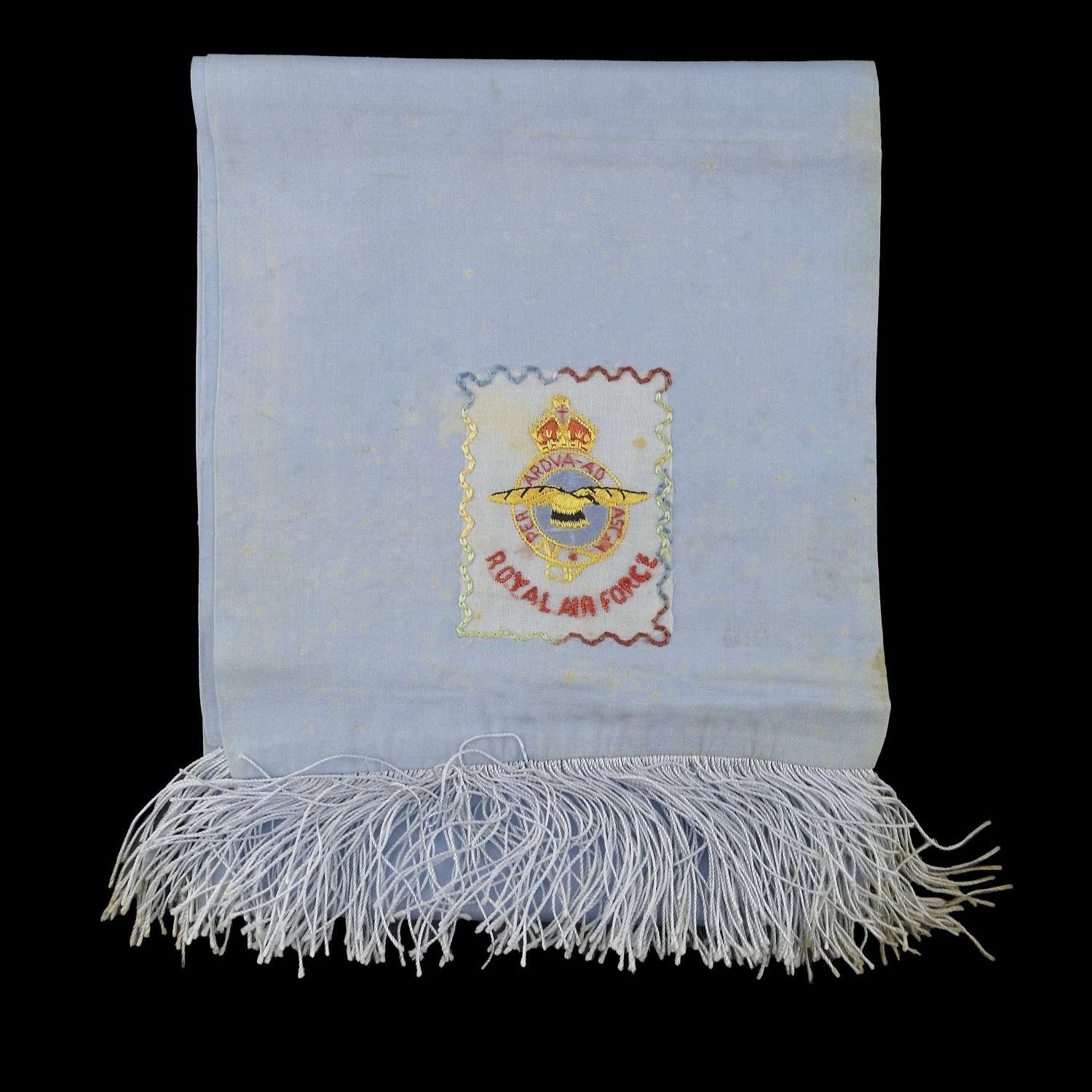 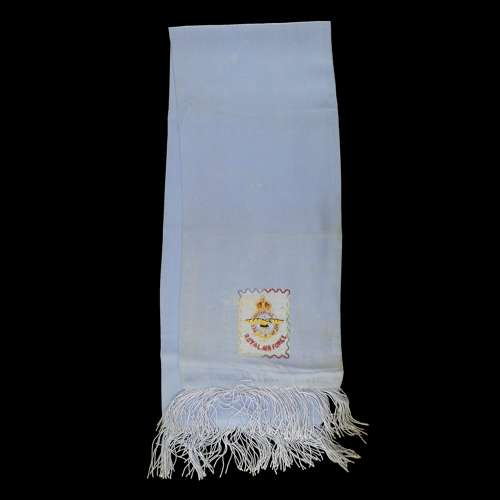 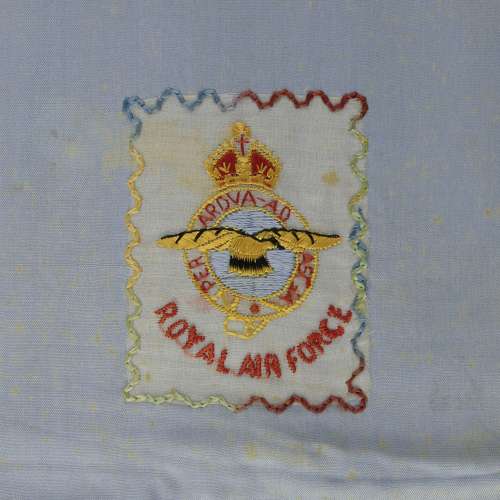 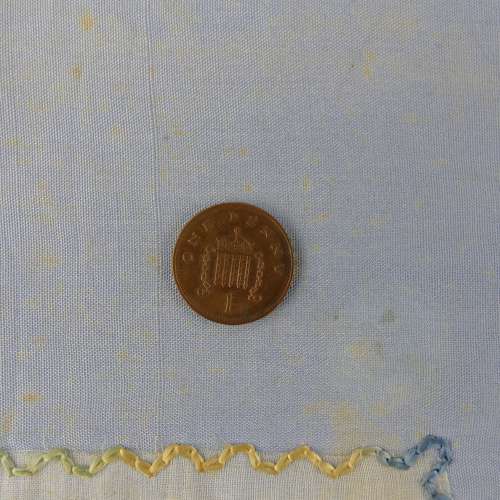 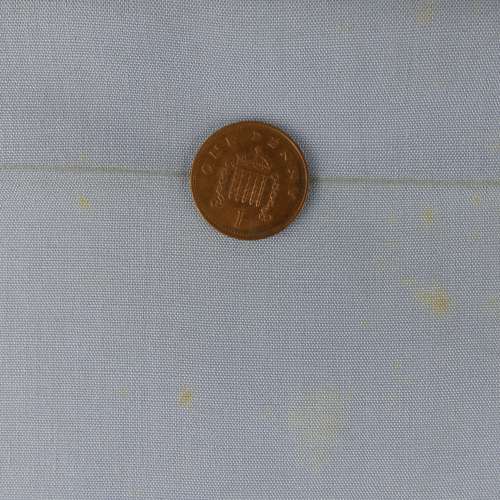 Pale blue cotton scarf with hand embroidered RAF King's crown pilot wing to one end.  Tasselled ends.  Approximately 114 x 21cm.  Typical of those made by wives and girlfriends of fighter pilot airmen using commerically available patterns and worn to help prevent neck chafing during combat manoeuvres.  Peppered with spot/fade marking and a bit crumpled but in reasonably good overall condition.  A press would improve the appearance further.  This originated from the dealer Michael Young in the early 80s.  The vast majority of his stock was sourced directly from veterans.  Stock code U-HSF.