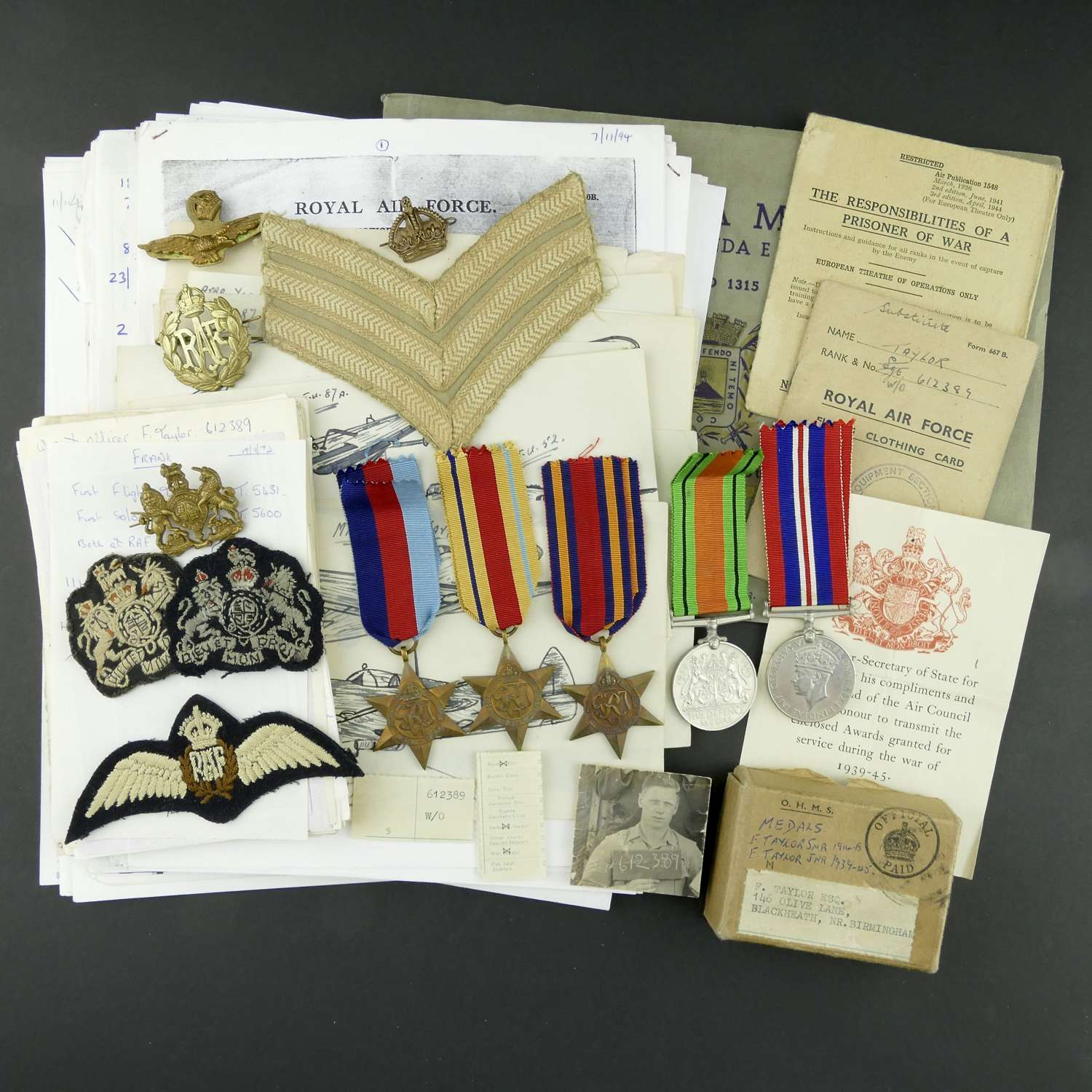 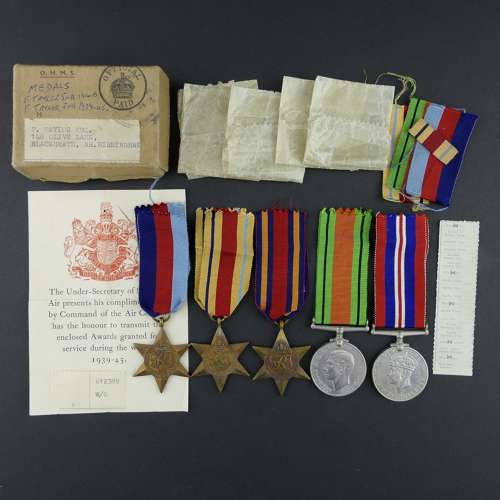 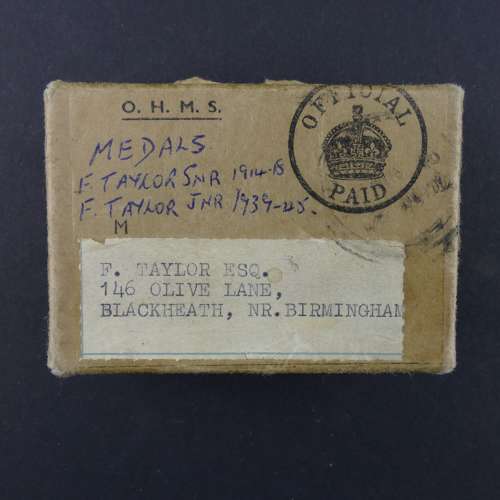 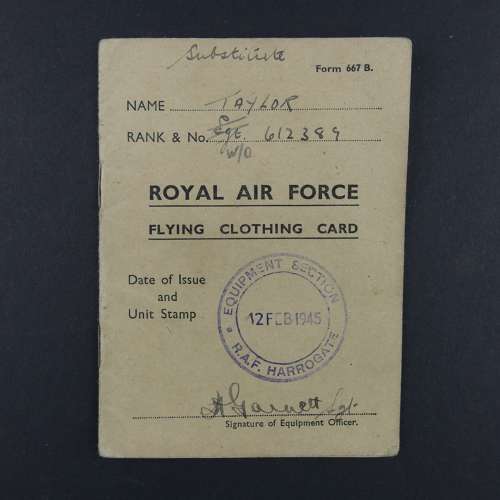 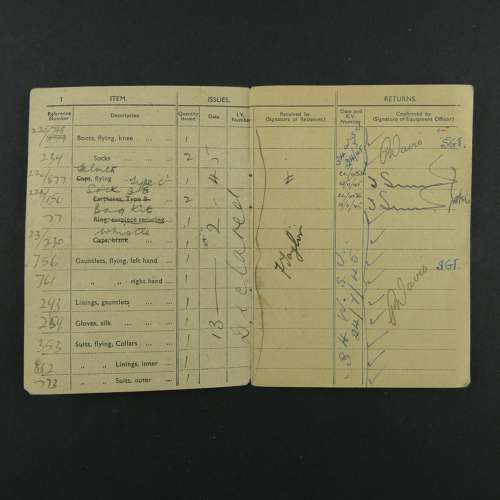 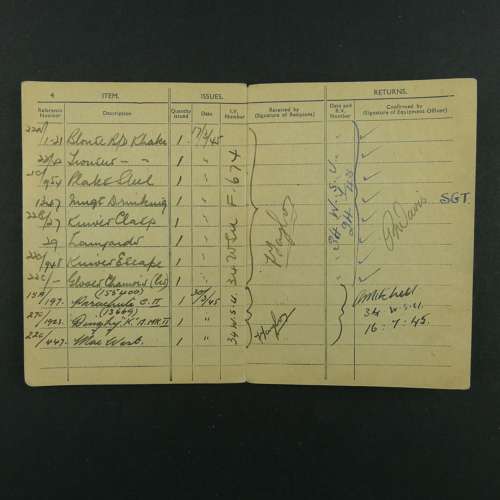 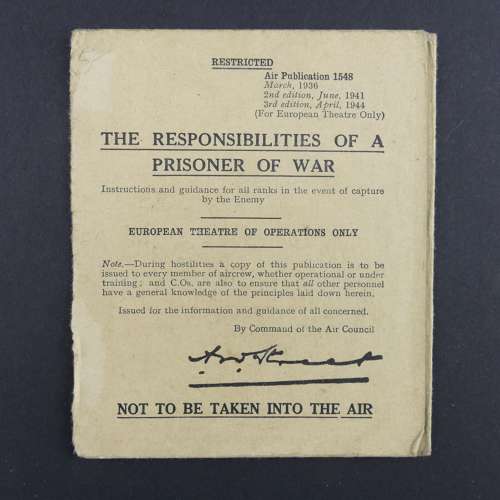 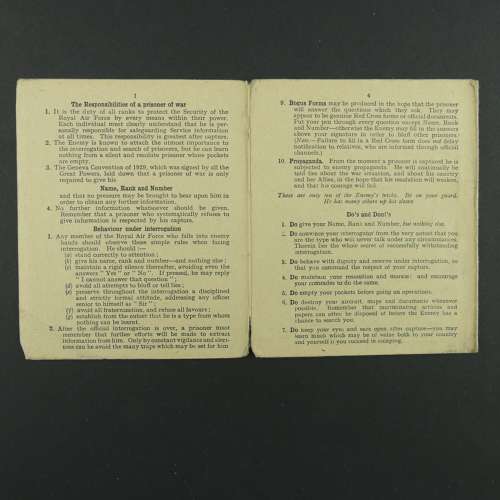 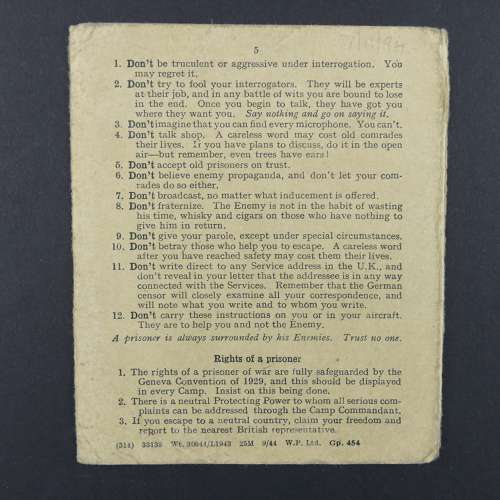 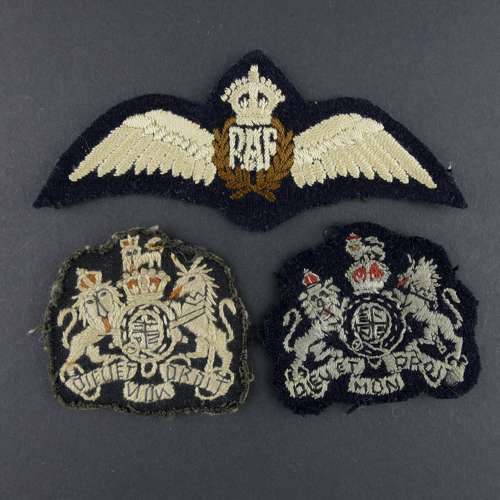 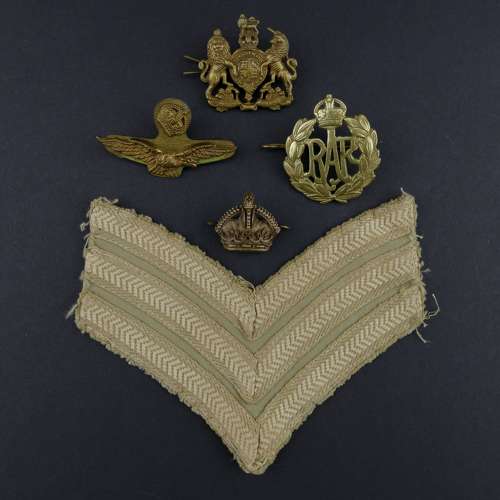 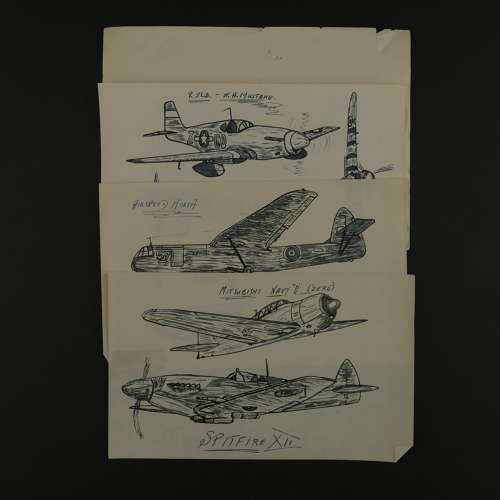 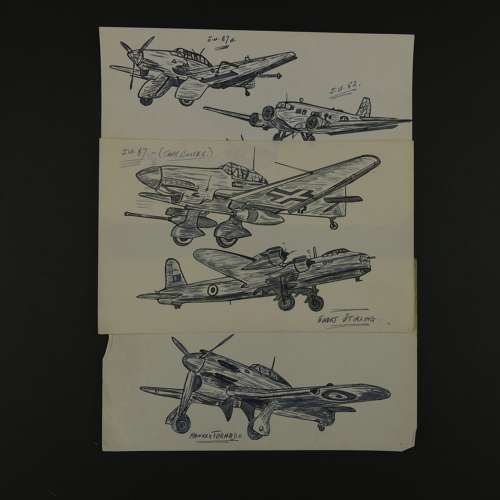 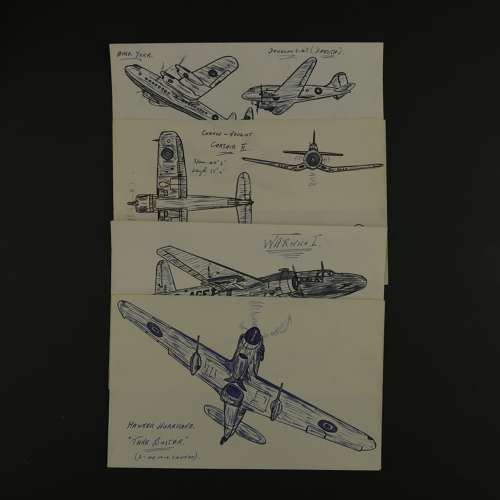 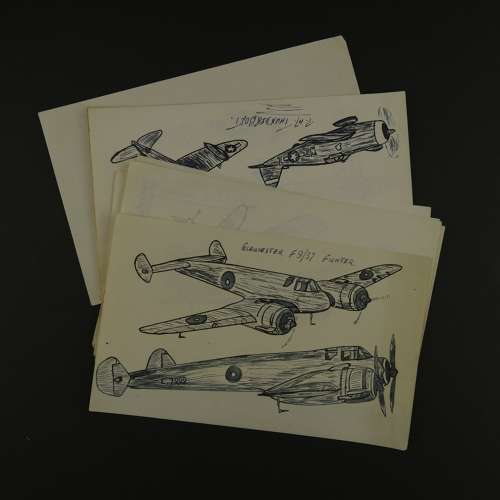 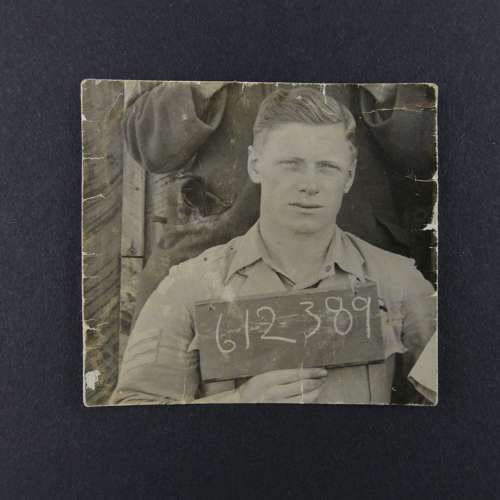 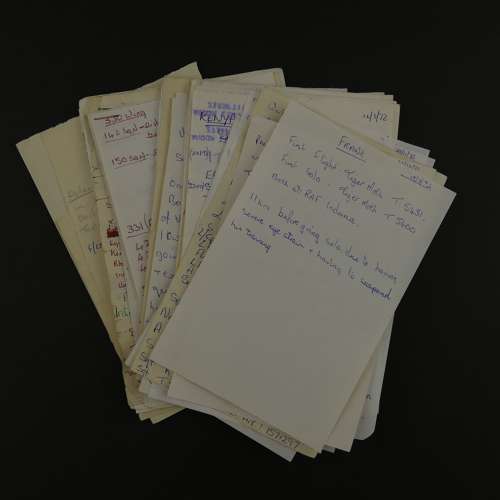 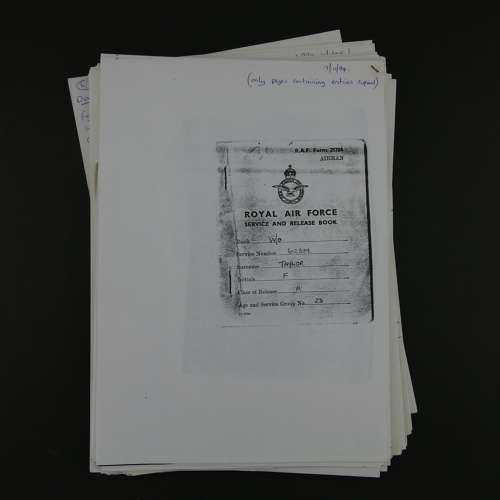 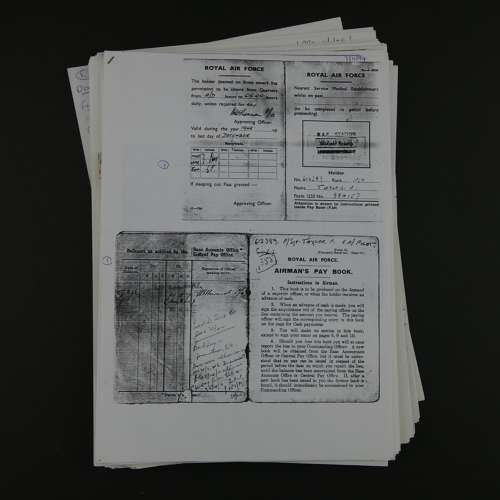 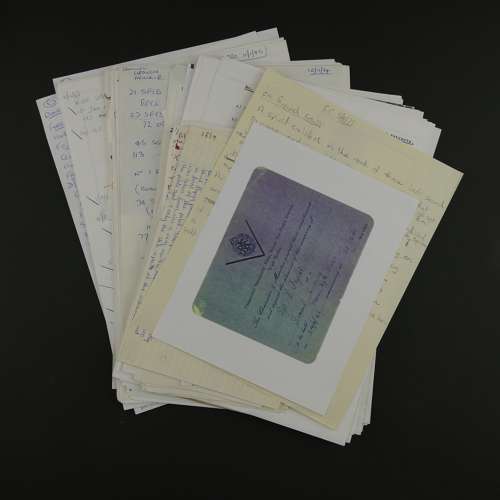 WW2 RAF medal grouping and ephemera to Warrant Officer pilot Frank Taylor (612389).  Comprised of 1939/45 Star, Africa Star, Burma Star, Defence and War medals.  These come with the original postal box, named/addressed to him and also containing the issue certificate and medal slips with rank and number.  Also included are an excellent set of his unused flat pilot wings, a tropical sergeant stripe and plastic crown (Flt. Sgt. rank), two Warrant Officer sleeve patches, a brass Warrant Officer badge, a standard 'other ranks' brass cap badge and two-piece officer rank F/S cap badge.  This lot comes with a quantity of related paperwork including his Flying Clothing Card (Issued in Harrogate) noting the issue of his 1941 pattern boots, C-type helmet, G-mask, MK.VIII goggles, 41 pattern Mae West, Khaki battledress blouse, trousers, escape boot knife, K-type dinghy etc.  Also his fold out leaflet 'The Responsibilities of a Prisoner of War', AP1548, 3rd edition dated April 1944, giving instructions and guidance for all ranks in the event of capture by the enemy in European Theatre of Operations only.  There is a small photo of him holding up a board with his service number marked on it - his sergeant stripe and pilot wing can just be seen.   Next is an envelope containing approximately 20 sheets of paper, each with a period drawing of an aircraft.  These include the Wellington,Tornado, Spitfire, Zero, Ju87, Ju52, Ju88D, Stirling , York, C-47, Corsair, Warwick, Beaufighter, Hurricane, Gloucester F9/37, Barracuda, Horsa, Mustang, Me109 etc.  All are quite nicely done.  Finally there are some photocopies of some of his other documents and a quantity of research and notes made when he was interviewed in the 1970s.  A quick scan of these suggests that Taylor joined the RAF in May 1938 and learnt to fly at 72 and 77 O.T.U.  Kenya and went on to fly with 34 (Burma/2nd TAF), 37 (attacks against benghazi, Tripoi & Tobruk),69, 45, & 113 Squadrons, completing around 2,500 hours and 80 operational sorties. Aircraft flown include Beauforts, Blenheims & Wellington bombers.  There really is a great deal of information here and when properly researched should really bring this group to life.  Stock code P24503.