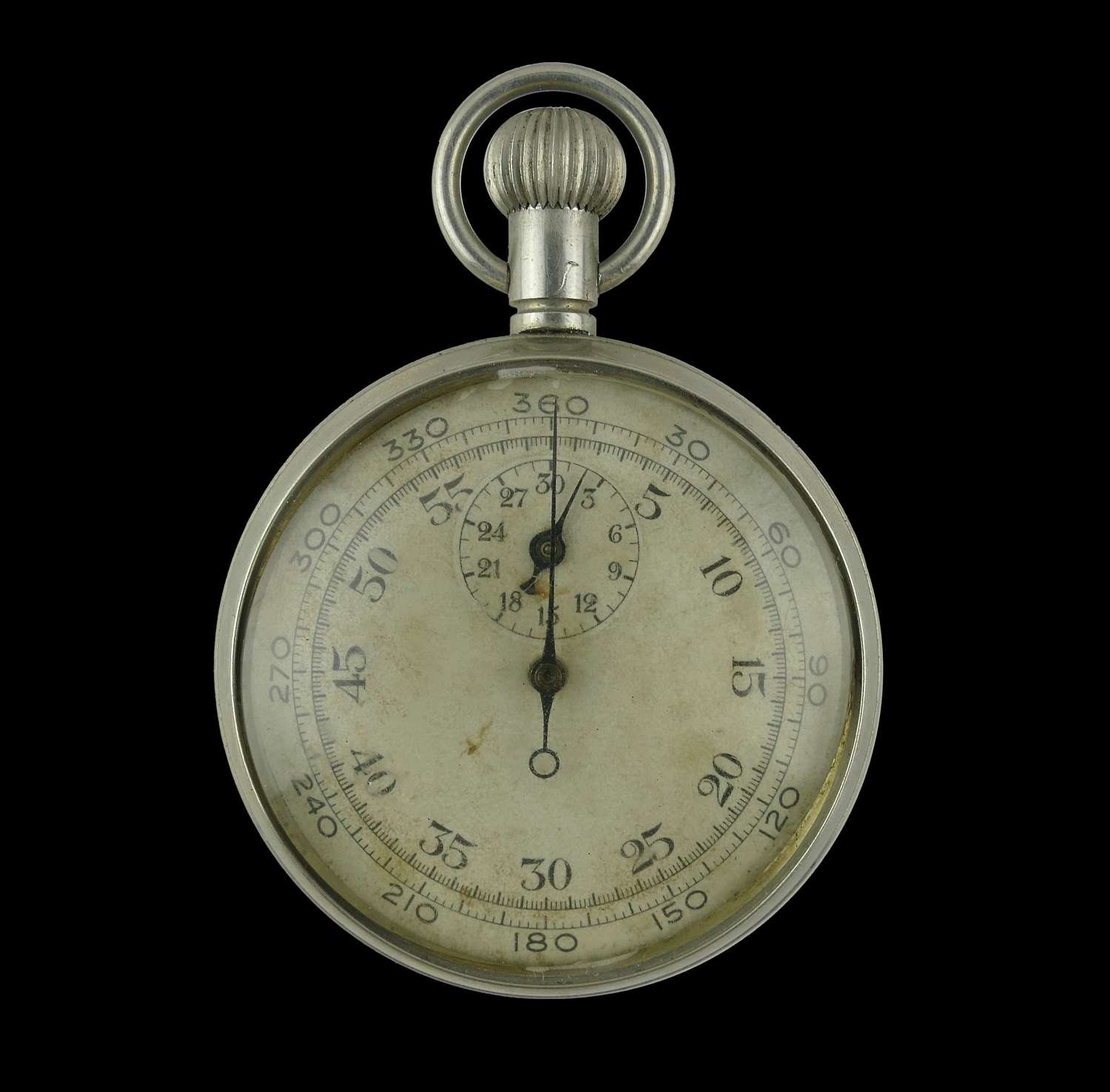 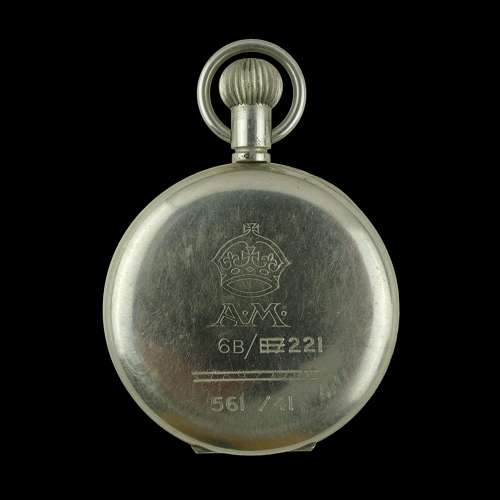 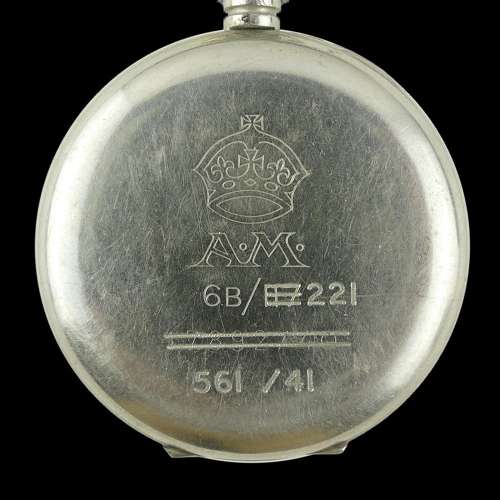 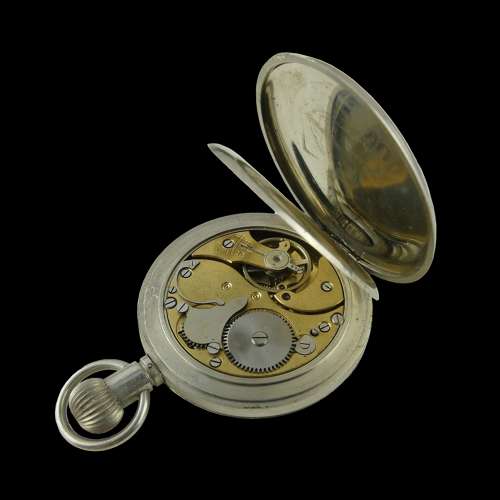 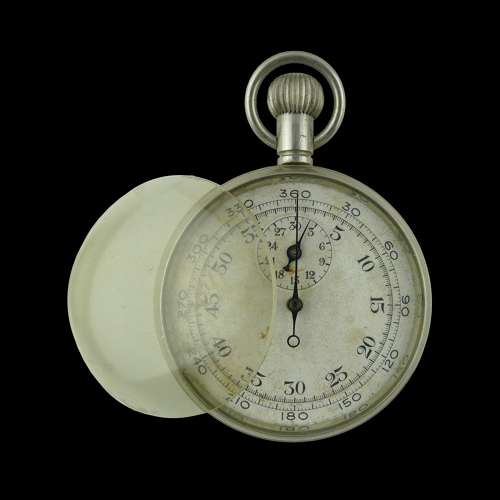 Stores Reference 6B/117 (Mk.3), remarked 6B/221 (Mk.3A).  Probably manufactured by Smiths English Clocks Ltd. of Cricklewood, London.  Approximately 5cm diameter.  White metal Dennison case with white dial, black hands and Arabic numerals and subsidiary minutes dial.  Engraved with 'A.M., 6B/221' and 1941 dated code to rear of case.  Keyless winding and running for a period of 8-hours from fully wound.  The chronograph action is controlled by the winding knob.  The design and action of this mechanism are such that the second hand should indicate correctly to one-fifth of a second, and that starting and stopping errors should not exceed one-fifth of a second.  Intended for general application and aircraft use.  The case is a bit tarnished and the crystal, in this case perspex, is loose and needs re-attaching.  The dial is rather soiled and while in good working order, the subsidiary hand doesn't zero to vertical.  Priced accordingly.  Stock code  C25417.