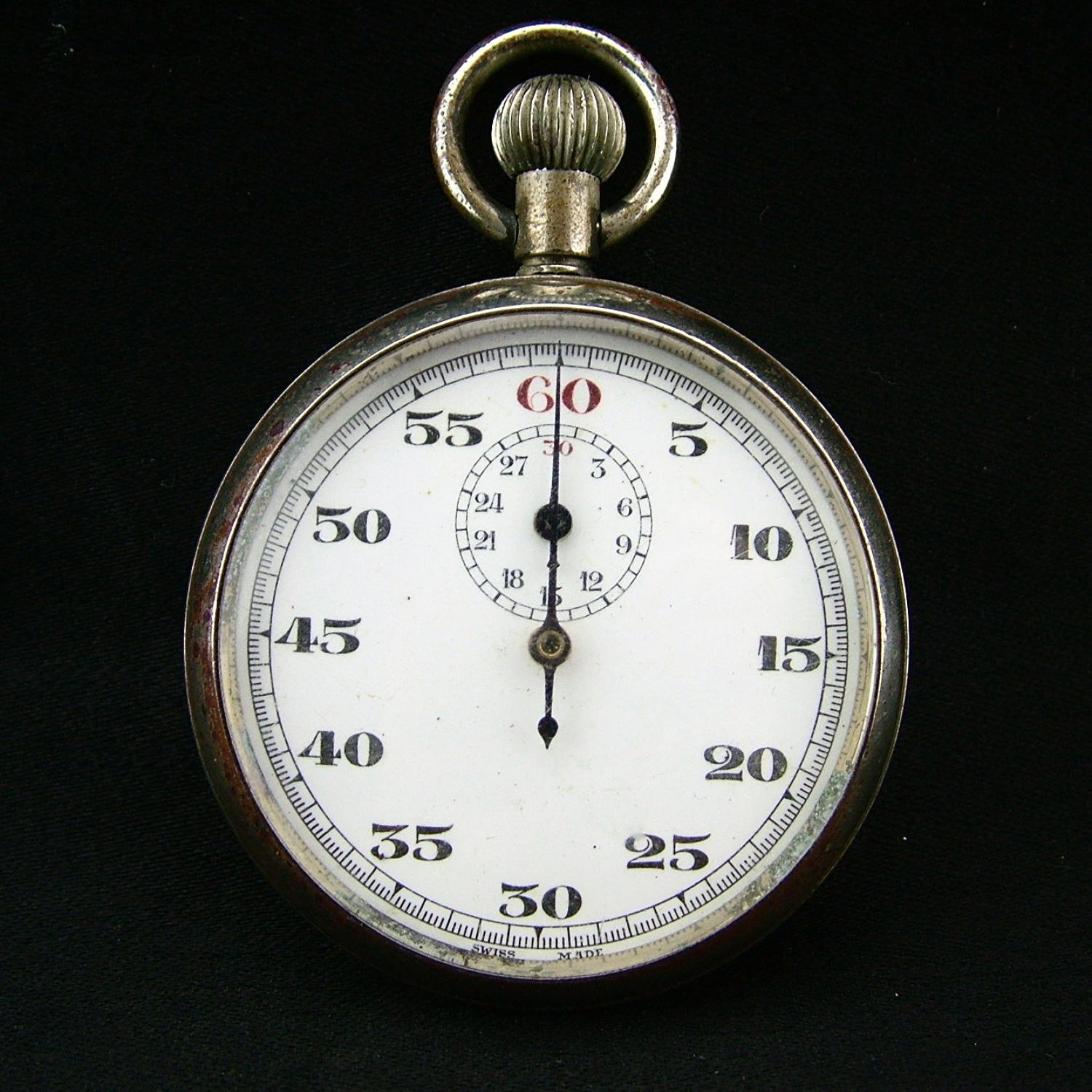 Stores reference 6B/117.  Approximately 5cm diameter.  Swiss made movement.  White metal case with white dial and black hands and numerals (60 in red).  Engraved with King's crown, 'A.M., 6B/117' and '5839/GG' to rear.  Keyless winding and running for a period of 8-hours from fully wound.  The chronograph action is controlled by the winding knob.  The design and action of this mechanism are such that the second hand should indicate correctly to one-fifth of a second, and that starting and stopping errors should not exceed one-fifth of a second.  Intended for general application and aircraft use.  Some marks and pitting on the case but in good working condition.   Stock code C22635. 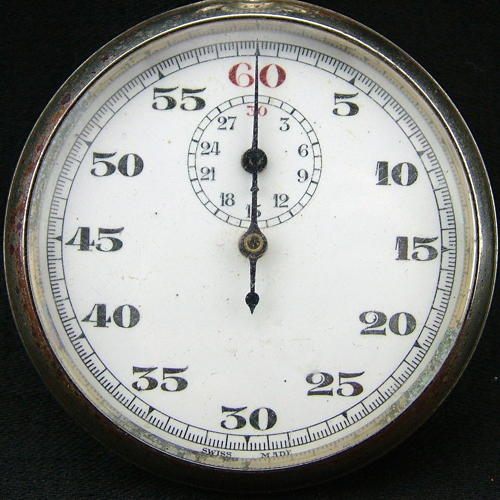 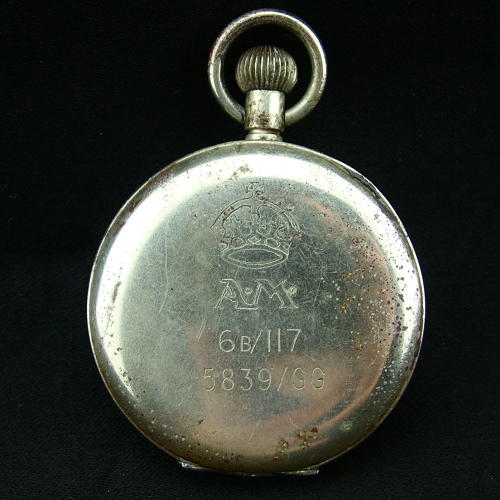 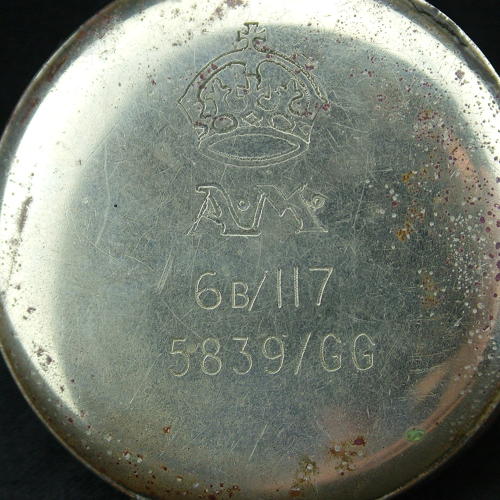 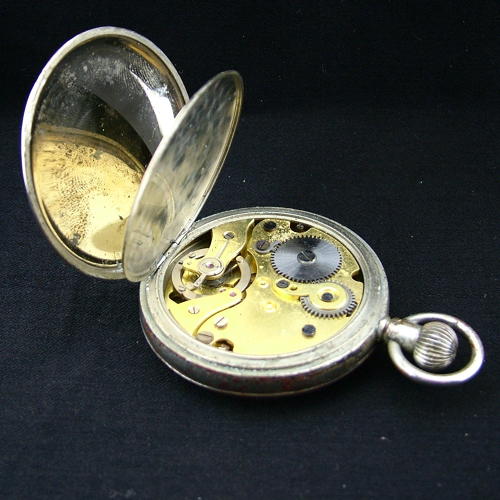 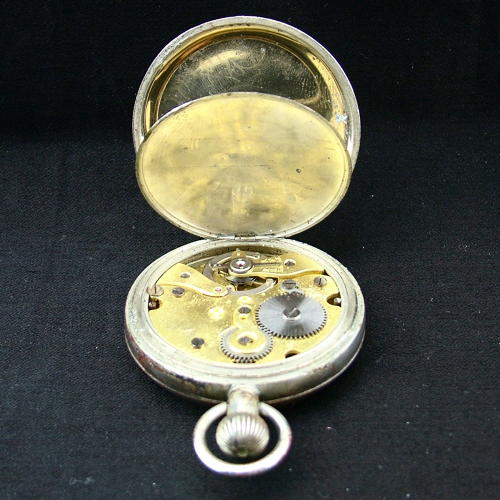 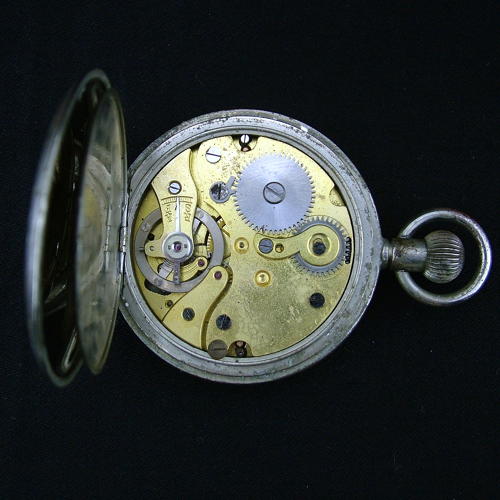 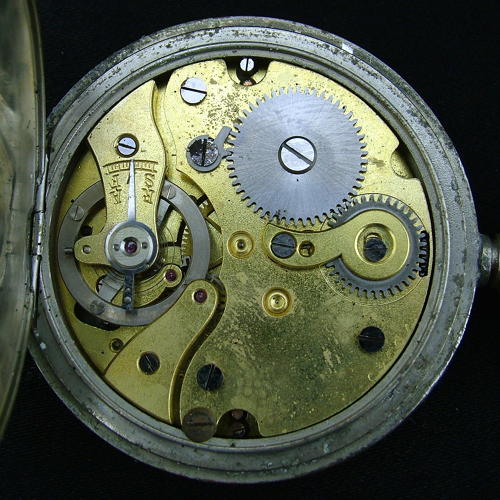 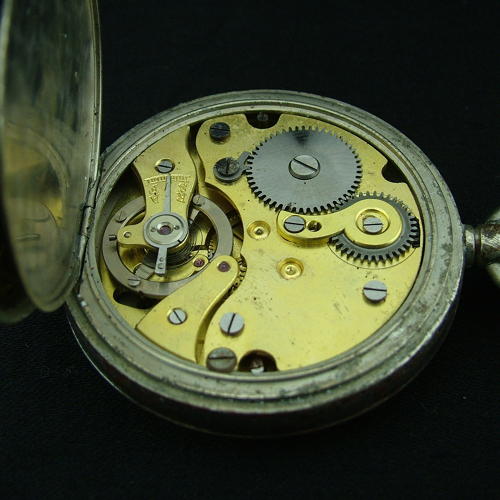 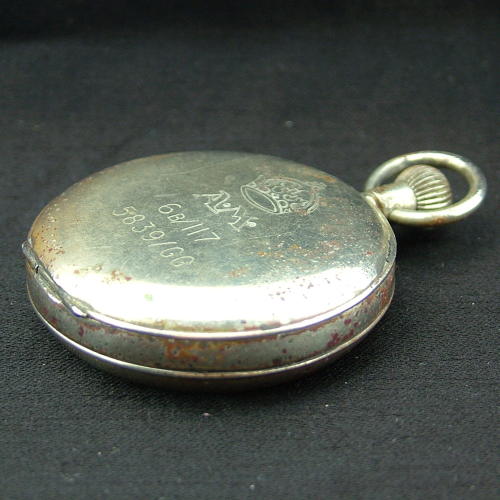 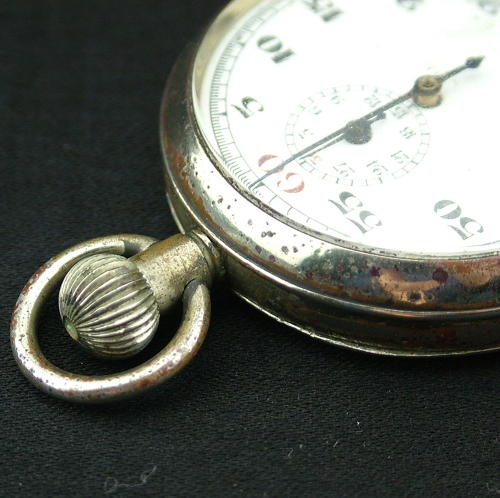