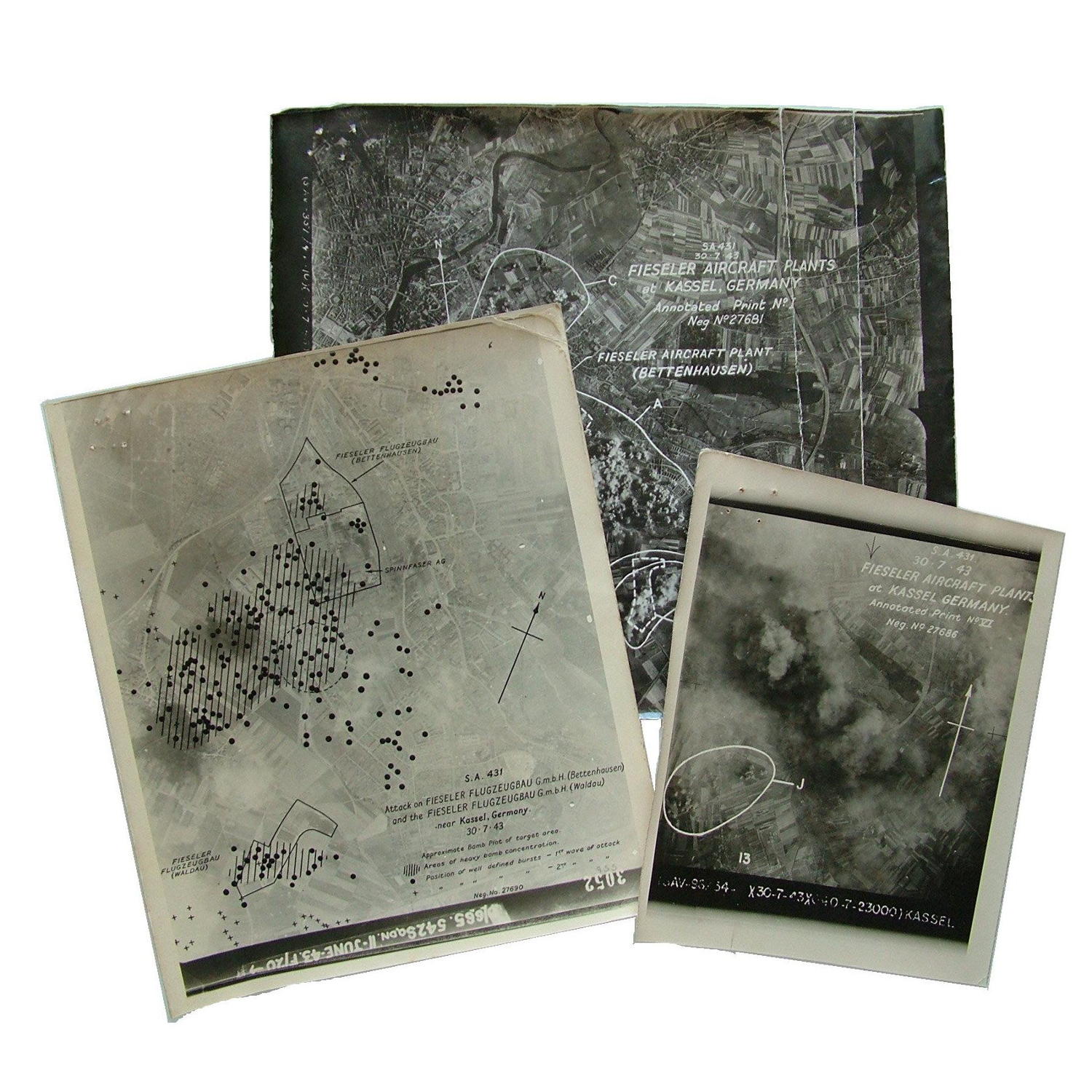 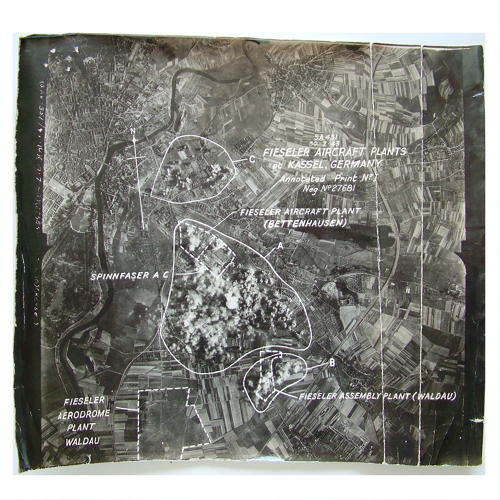 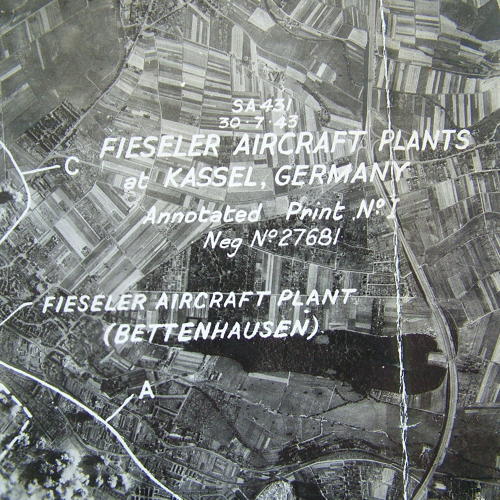 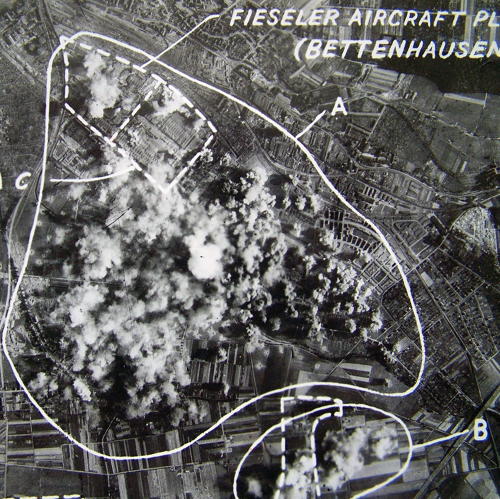 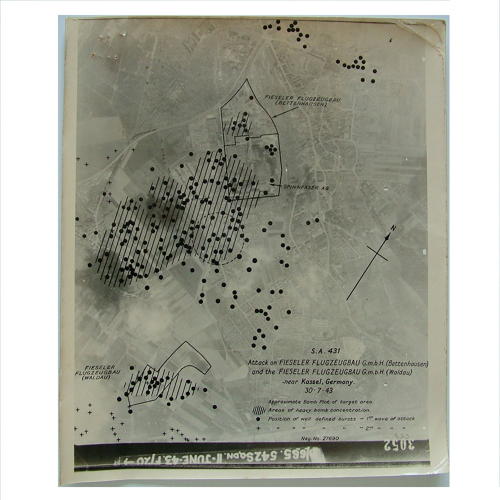 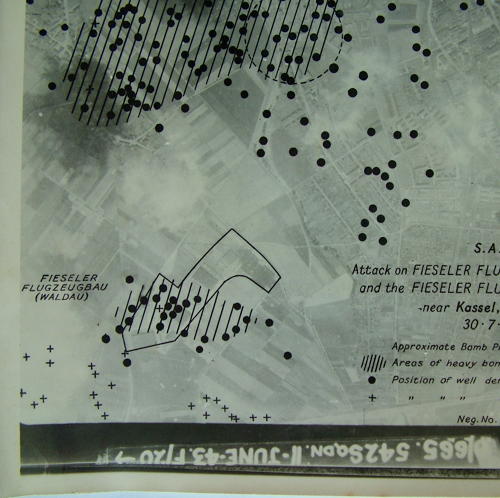 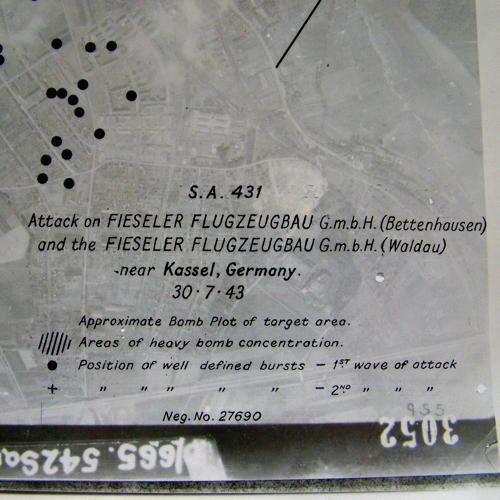 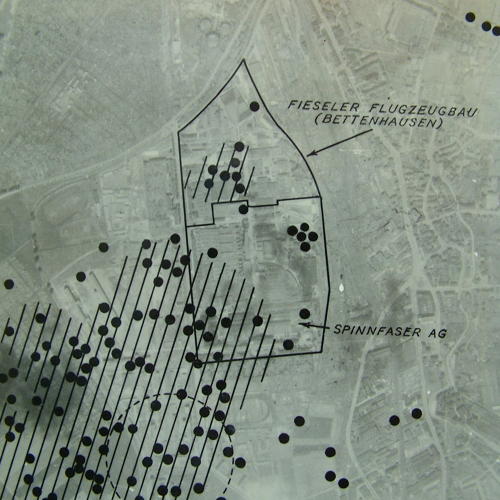 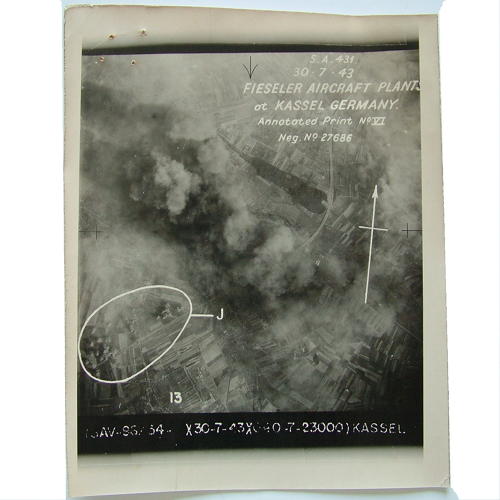 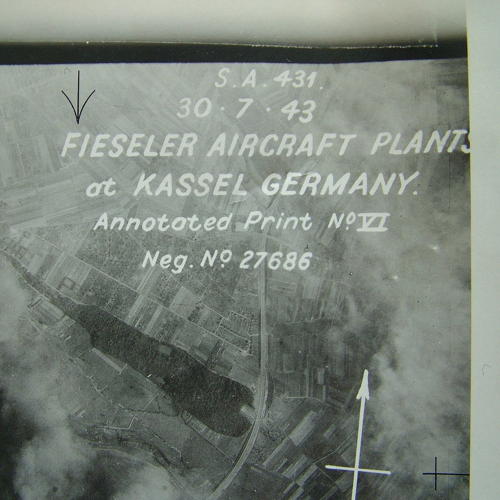 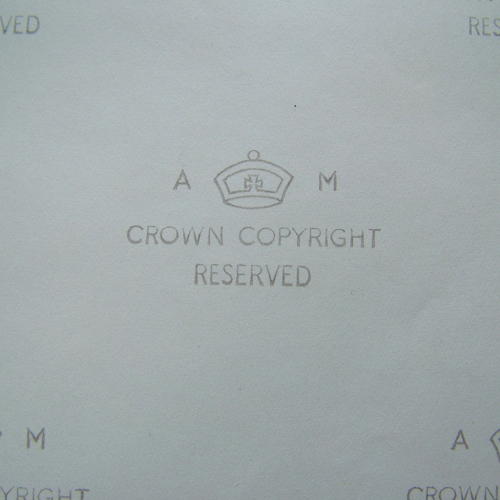 Three original Air Ministry target photographs relating to the German Fieseler aircraft production factory at Kassel.  Each relate to RAF raids that took place in 1943.  Two show  bomb blasts during the raid and are annotated with details of the production and assembly plant.  The third appears to have been taken by an aircraft from 542 Squadron (photo reconnaissance) and shows bomb concentration during the raid.  The largest photo is 25 x 23cm, the smallest 14 x 18cm.   They are somewhat creased and dog-eared, notably the larger photograph.  Stock code P22060.