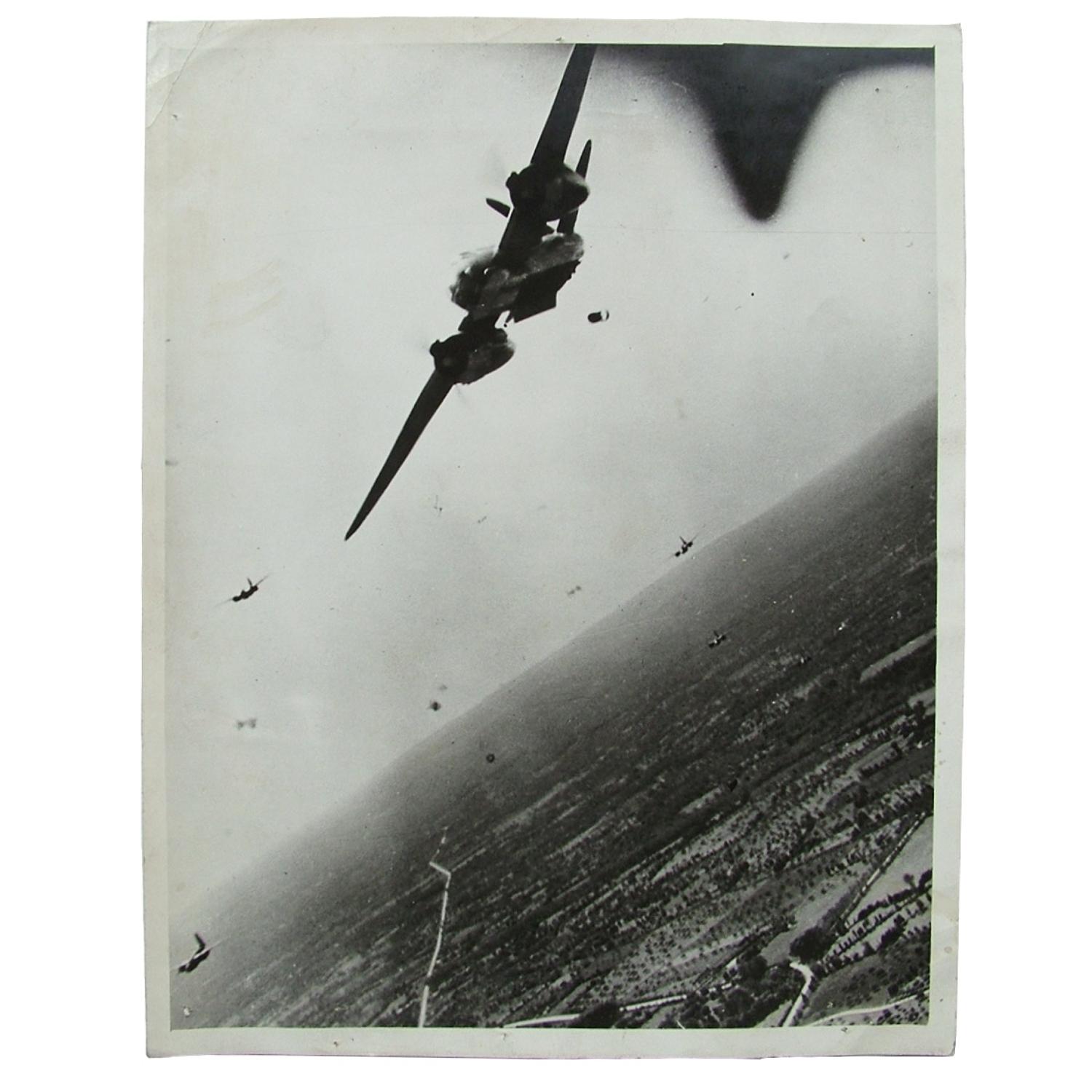 British official press photograph (Air Ministry).  Approximately 20 x 26cm.  The photo circa August 1943 shows a Boston aircraft of RAF fighter command attacking naval stores at Rennes on the French Atlantic coast.  The aircraft can be seen with its bomb doors open, just as a bomb was leaving the bay.  At least five other attacking aircraft can be seen, and the sky is dotted with smoke-puffs from intense flak.  Fully captioned to the rear.  A little dog-eared and creased with some pin holes at the edges.  Generally good.  Stock code P22873-100. 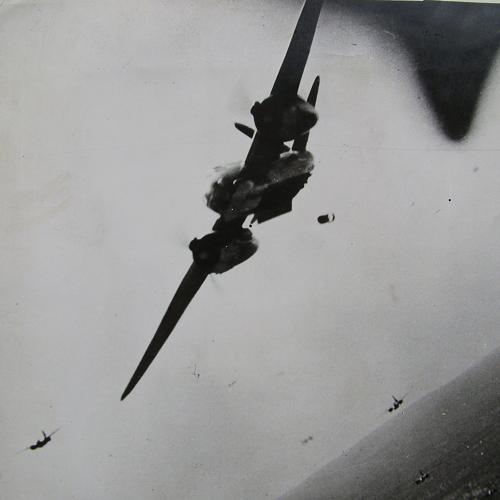 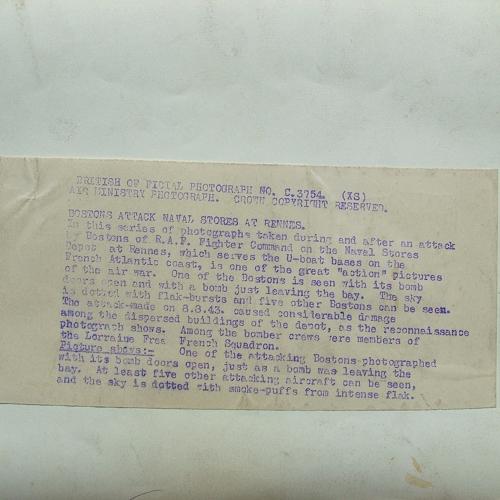