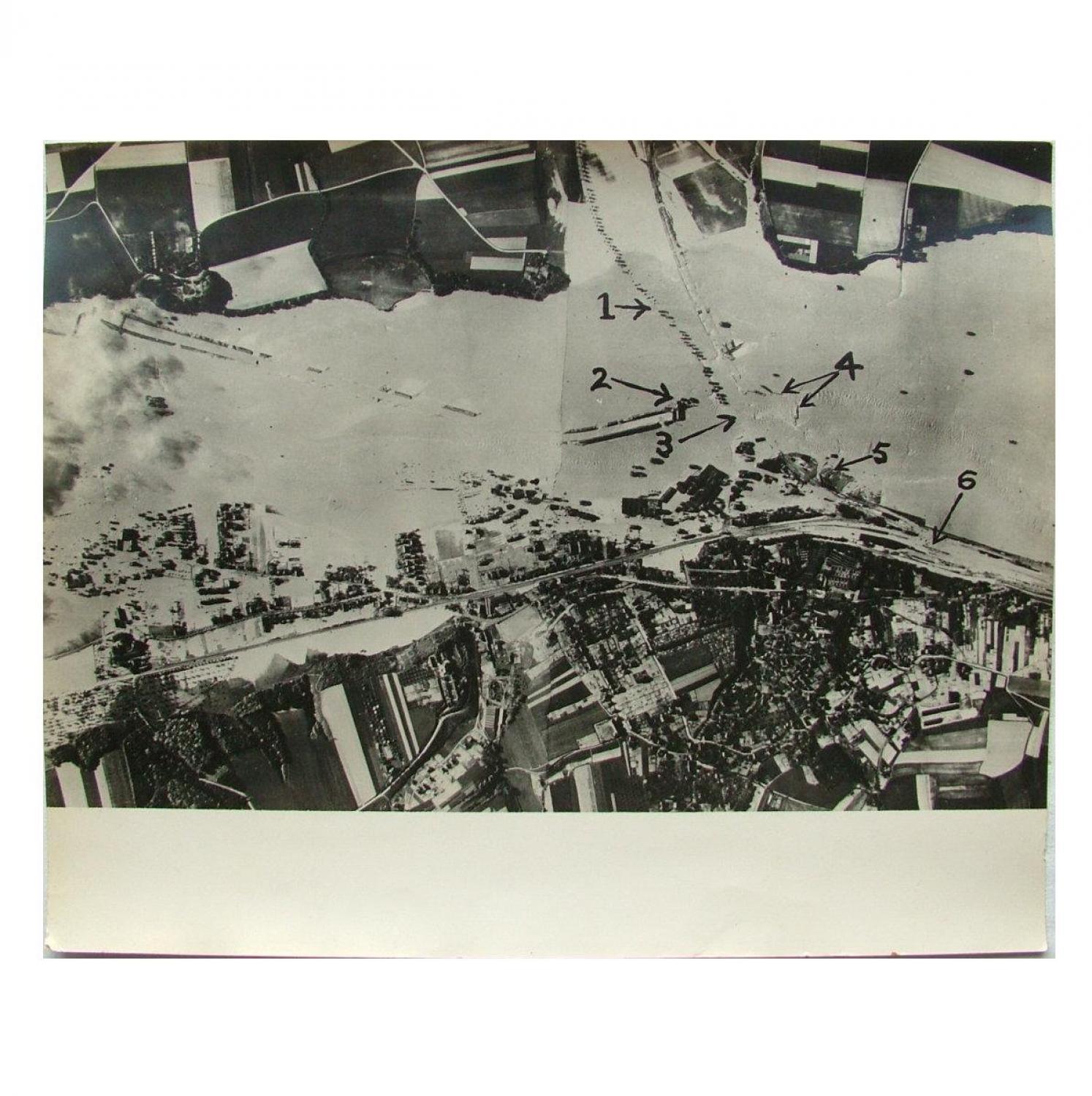 British Official Photograph (Air Ministry) - Results Of R.A.F. Attack On German Dams.  Black and white, approximately 37.5 x 30cm. An original photograph taken following the  famous Dam Buster mission carried out by 617 Squadron, lead by Guy Gibson.  Captioned to the rear : 'The accuracy and intensity of the Royal Air Force attack on the Moehne, Eder and Sorpe dams is proved by these pictures taken after the great raid which has resulted in millions of tons of water sweeping down the Ruhr and Eder valleys.  Devastation has been caused not only to industry but over a valuable agricultural area as well as dislocation to river and canal traffic.'  The photograph shows the Ruhr valley at Froendenberg-Boesperde, thirteen miles from the Moehne dam.  Numbers marked on the image show submerged roads, isolated electricity works, a destroyed road and railway bridge, wrecked railway coaches and submerged sidings. Stamped to rear 'Ministry of Information Photograph Department'.  Minor soiling and slightly bent edges but in very good overall condition.  A rare original photograph.  Stock code P17115. 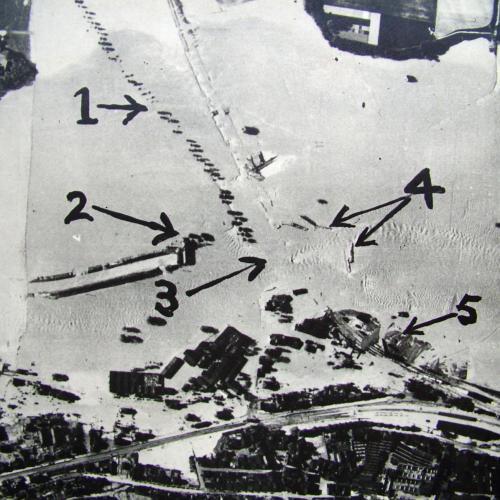 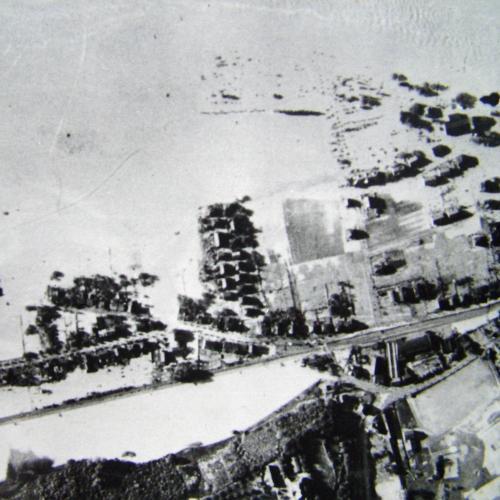 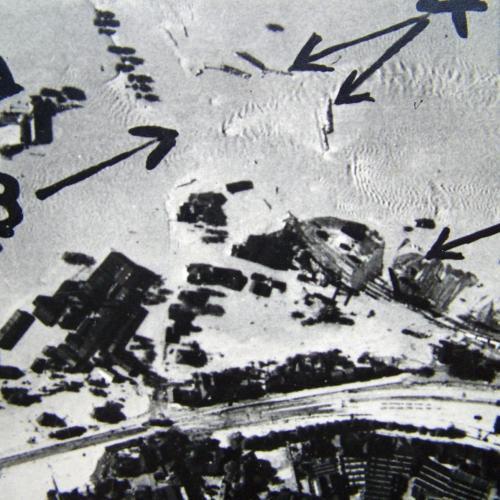 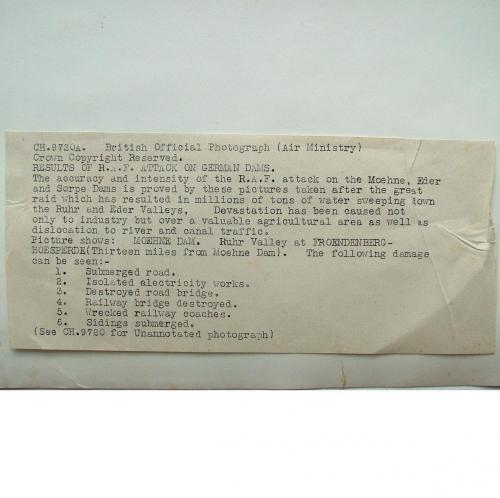 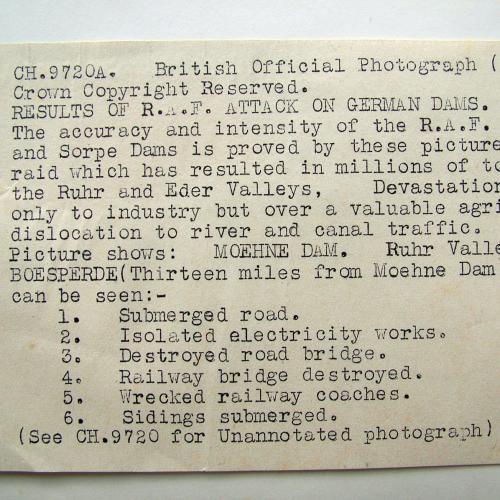