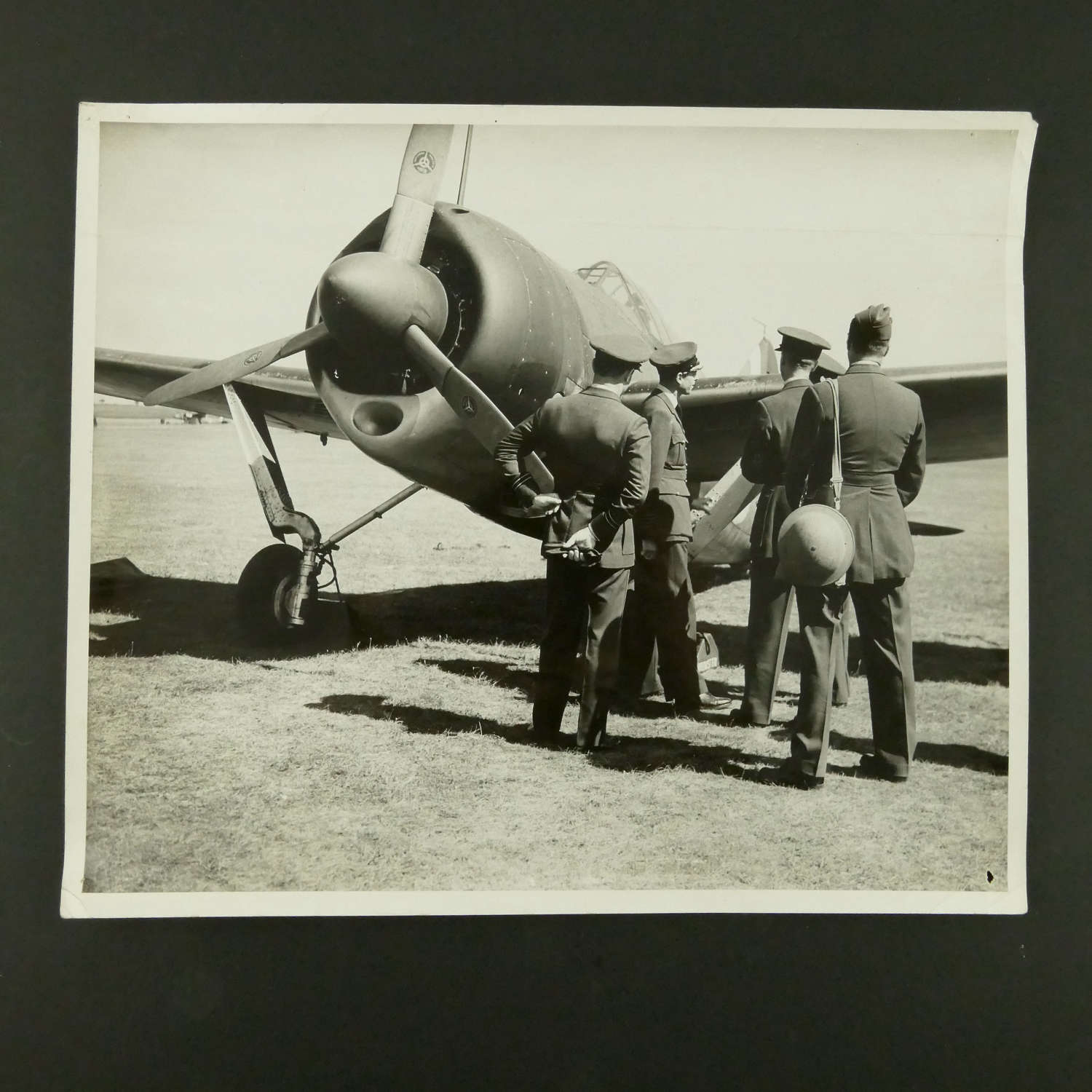 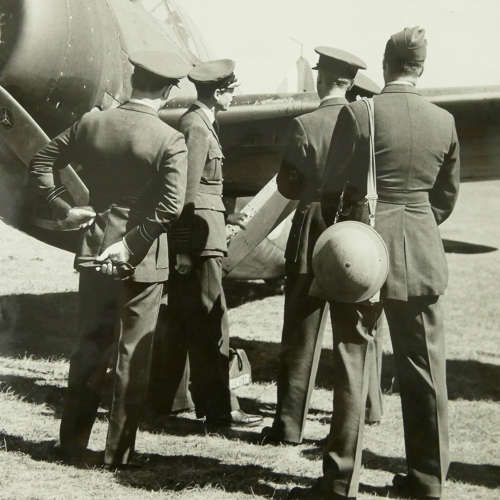 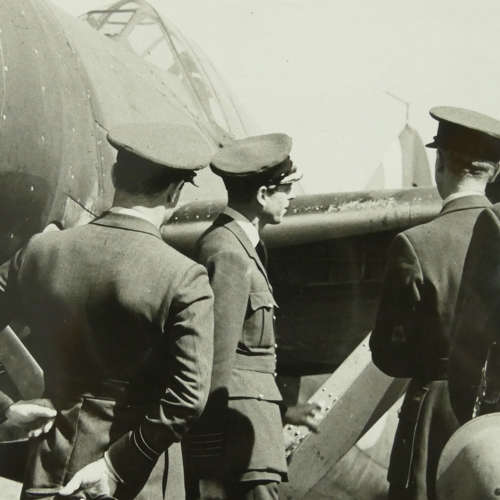 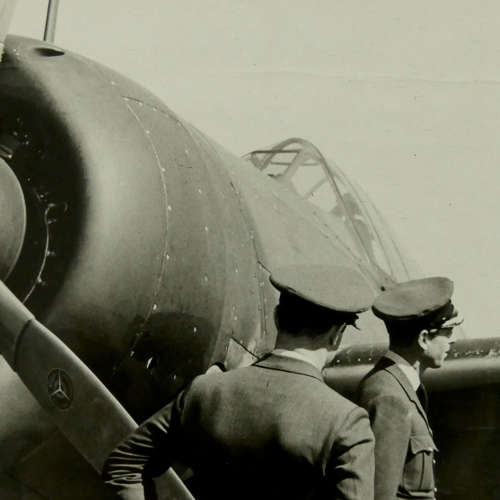 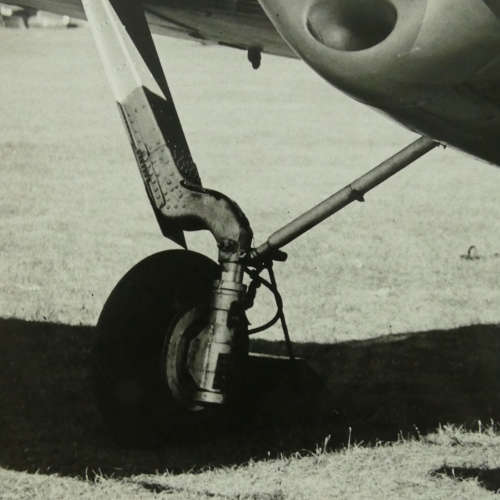 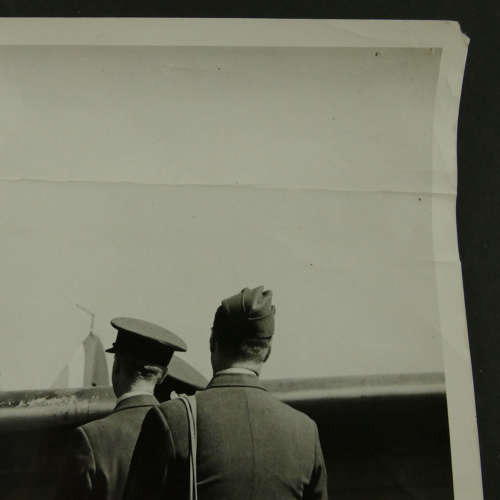 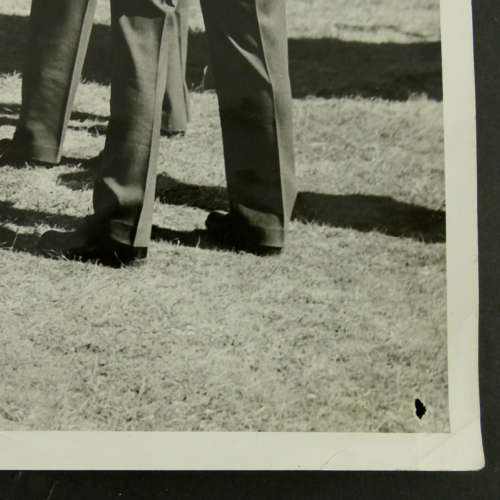 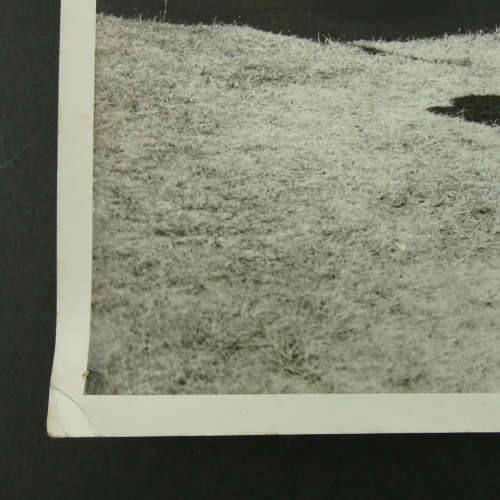 Large format b&w photograph, approximately 30 x 25.5cm.  Shows high ranking officers and Prince George, the Duke Of Kent inspecting a Buffalo Brewster.  The Duke, a keen pilot, was granted a commission in the Royal Air Force in 1937 as a group captain, was also made the Honorary Air Commodore of No. 500 (County of Kent) Squadron Auxiliary Air Force in August 1938, and promoted to air vice-marshal in June 1939. He died on active service (but not during an operational flight) in 1942 when the Sunderland he was travelling in crashed near Caithness.  The impressive photograph has some creases and pin holes as shown.  Stock code P22873-202.