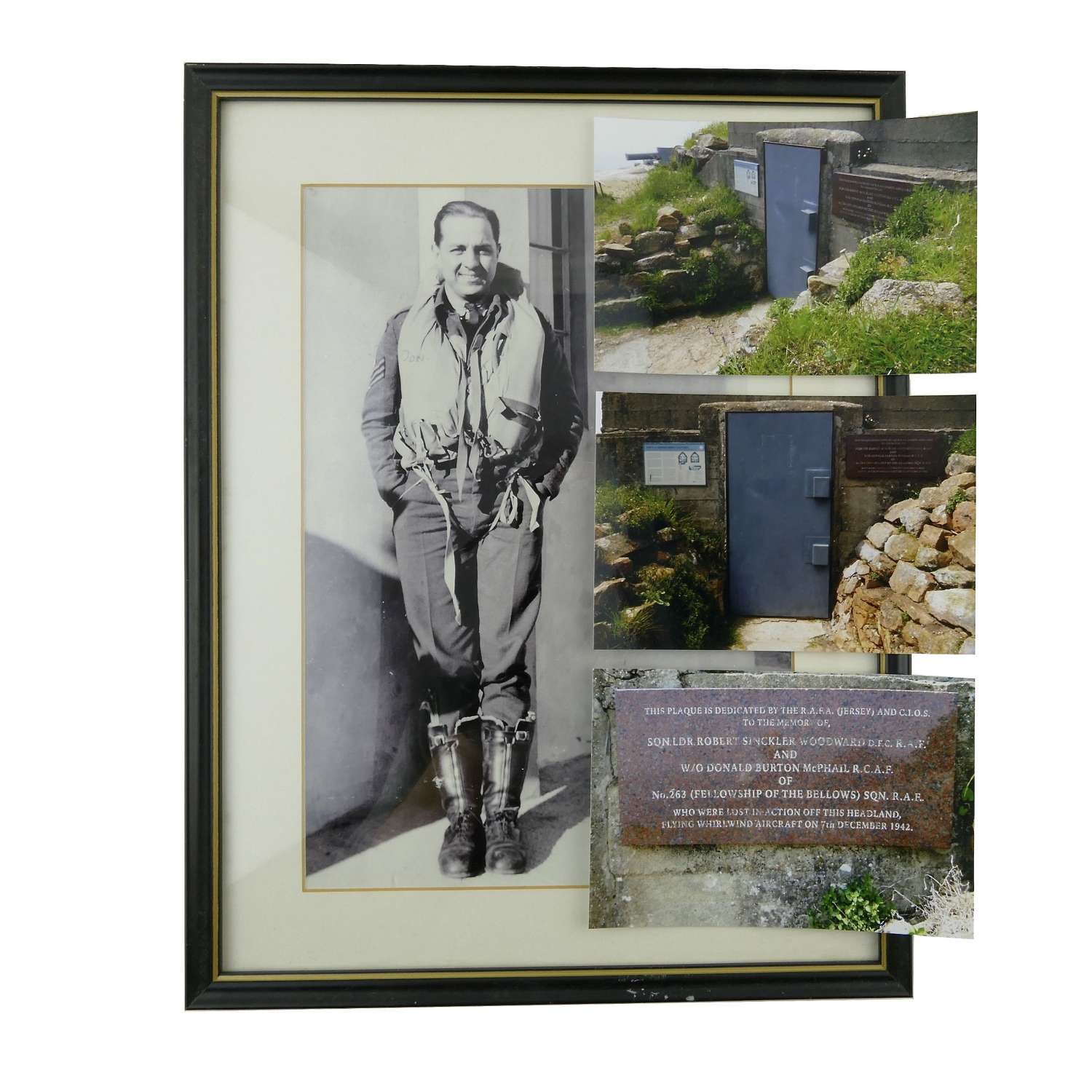 Framed and glazed reprint photograph of RCAF pilot Warrant Officer (then Sergeant) Donald Burton McPhail, R/67887, born on August 20th 1917 in Windsor, Ontario. At 13.10 on December 7th 1942, eight Whirlwind fighters of 263 Squadron took off from Warmwell on a low level anti-shipping strike. An enemy convoy was sighted south-west of Jersey lying just off St Brelade Bay and they attacked two vessels of 800 and 500 tons. Two aircraft were damaged by the intense flak encountered and S/Ldr. R.S Woodward made a controlled landing 400 yards from the nearest vessel but was subsequently declared lost. Unfortunately McPhail's aircraft disappeared straight into the sea. A memorial plaque to both pilots was erected at Noirmont, in remembrance of these brave airman who lost their lives. It was placed on the side of a former German bunker overlooking the exact spot where their aircraft crashed.  McPhail is also remembered on panel 101 at the Runnymede memorial. 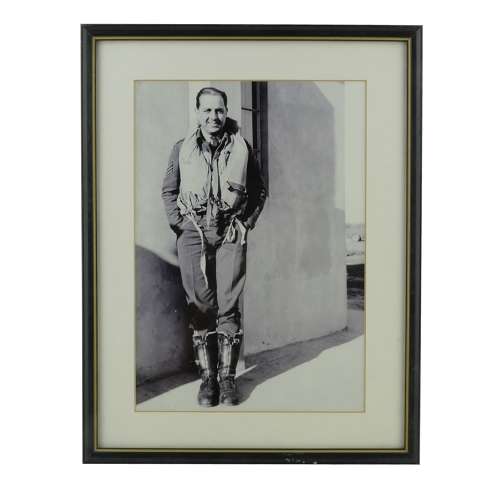 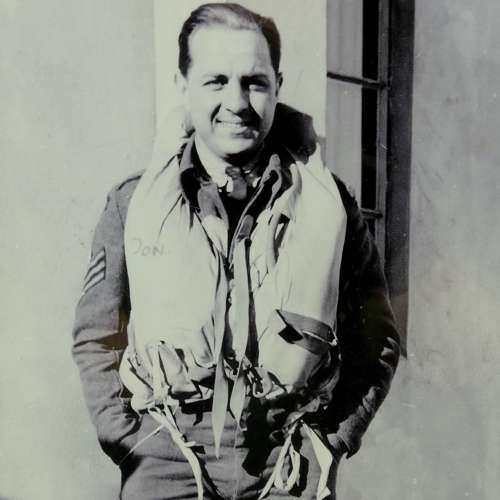 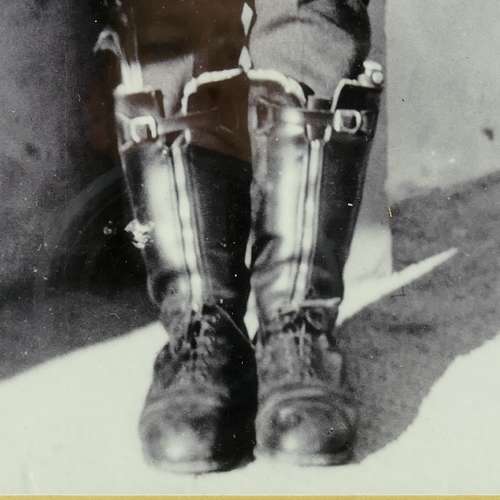 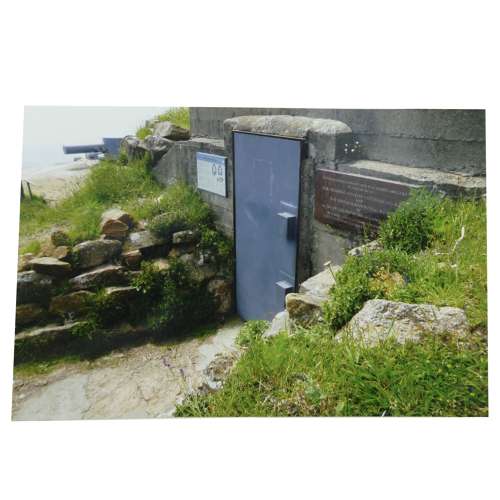 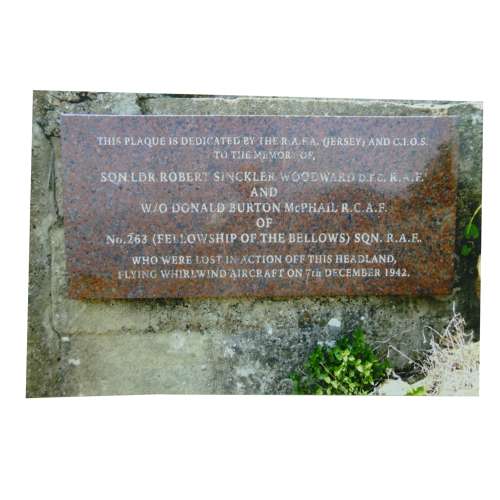