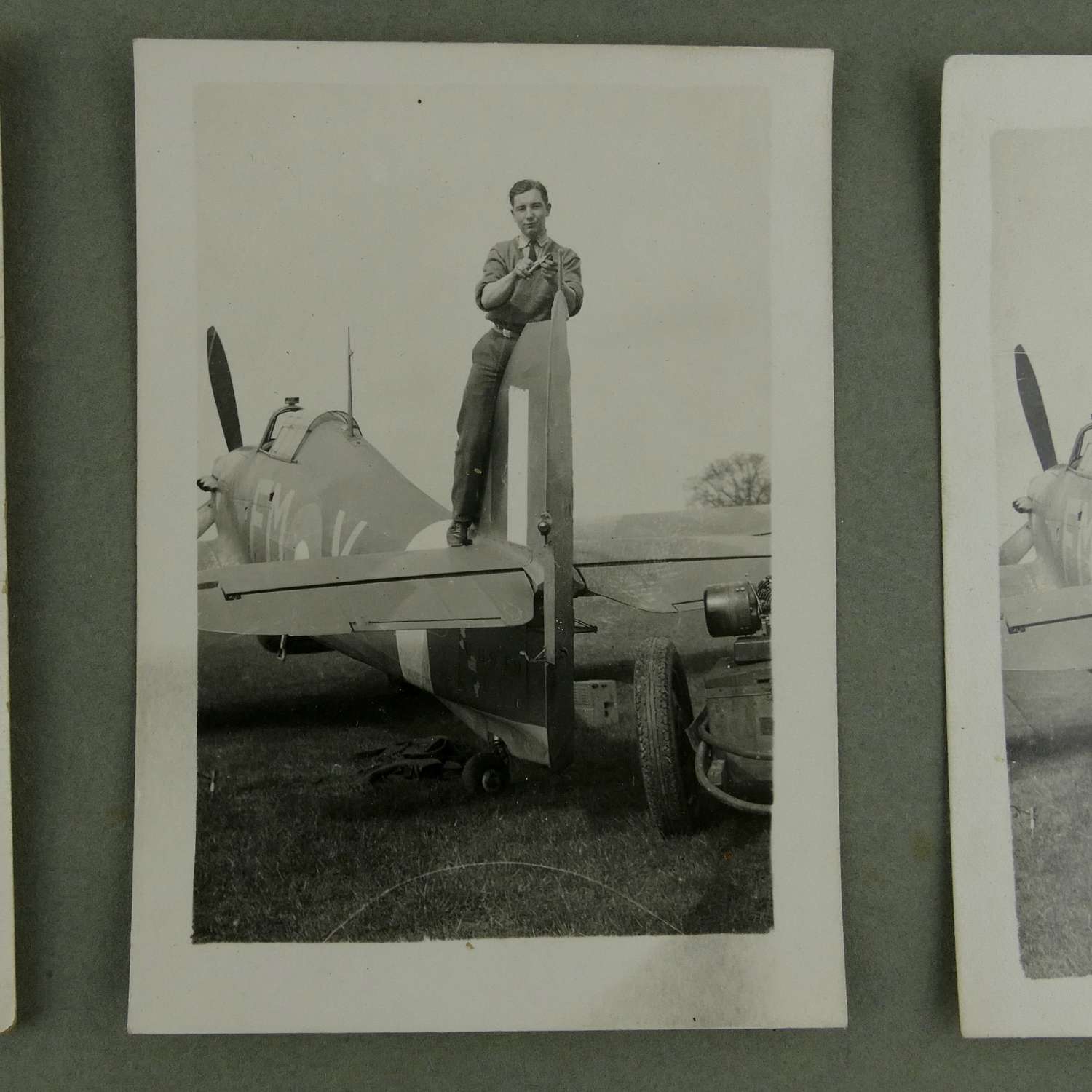 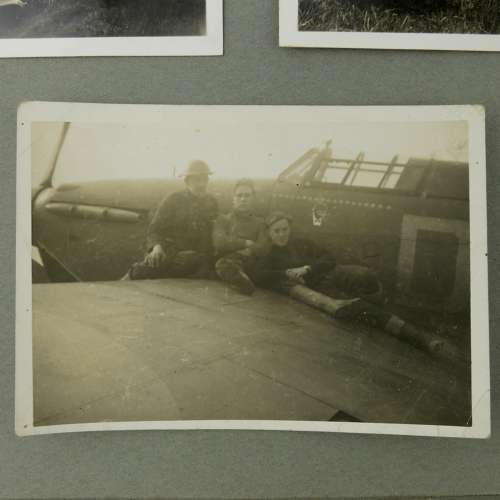 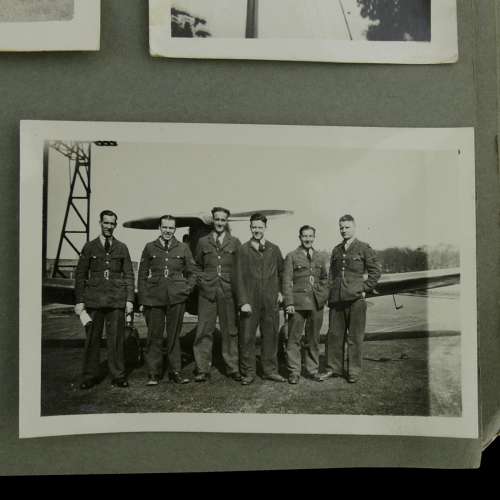 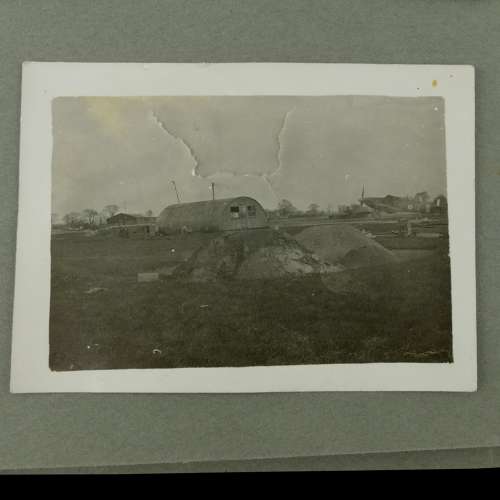 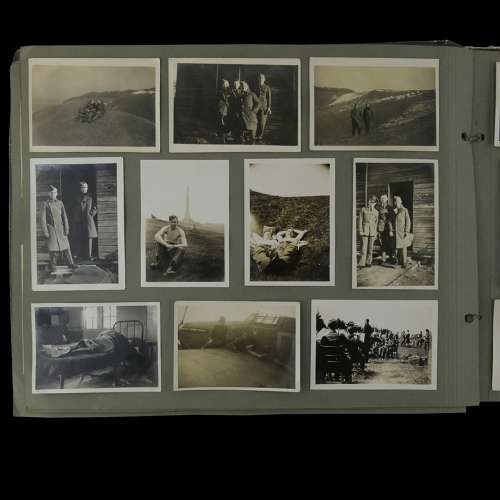 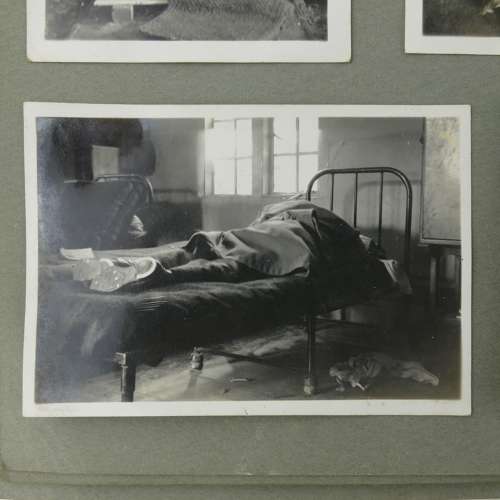 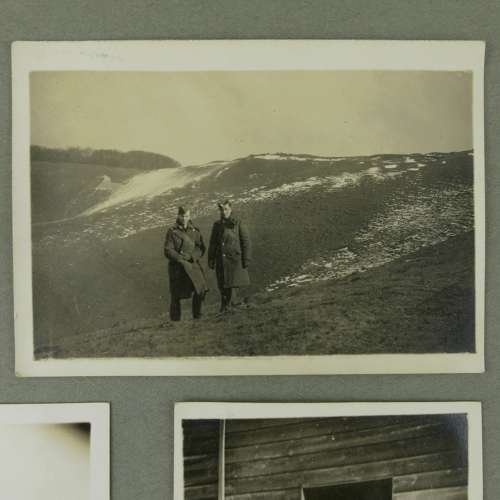 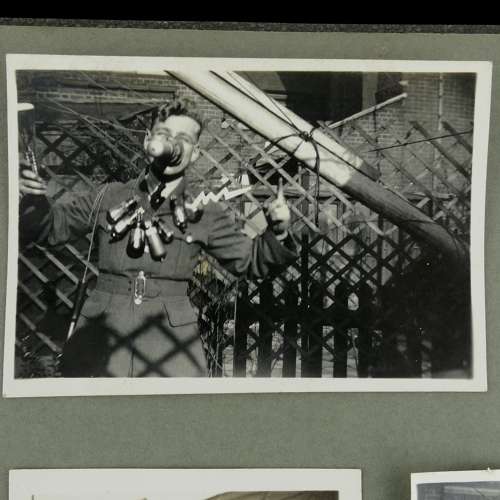 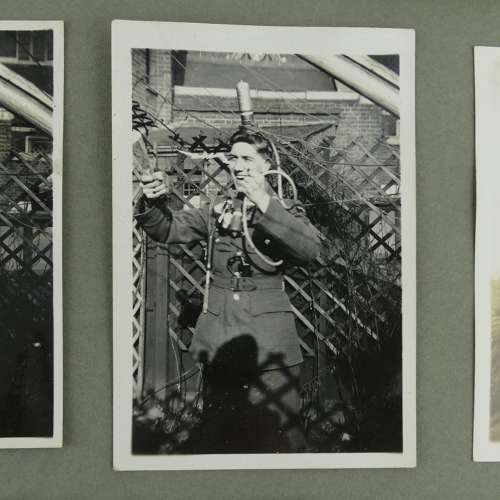 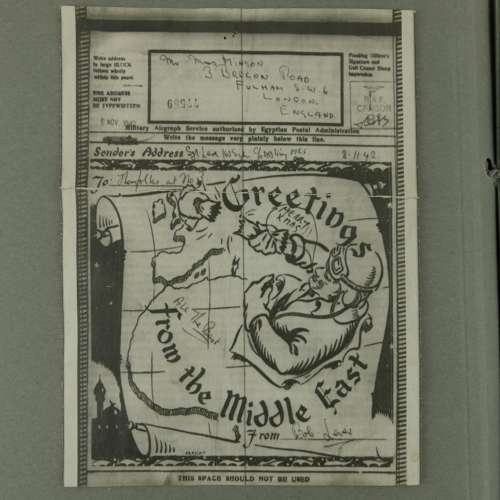 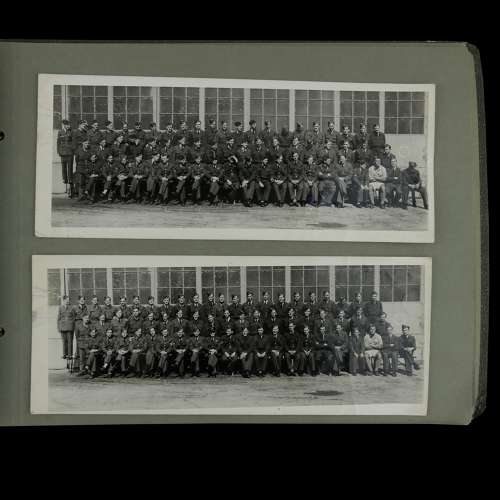 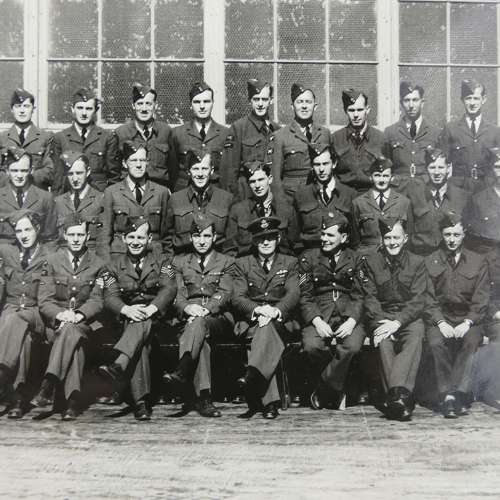 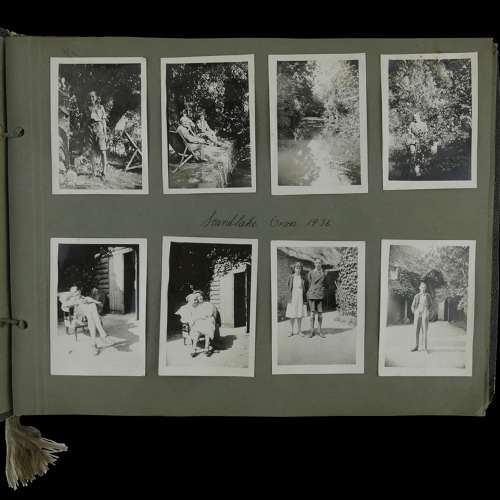 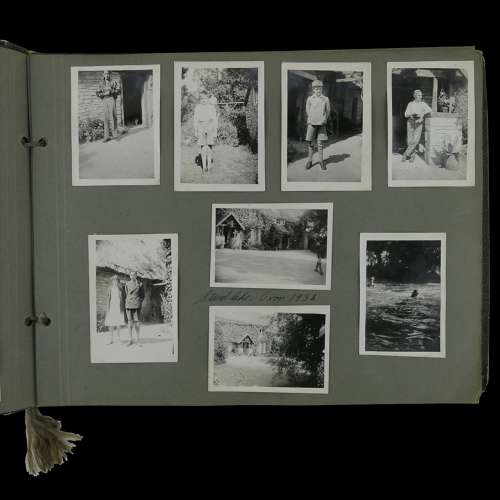 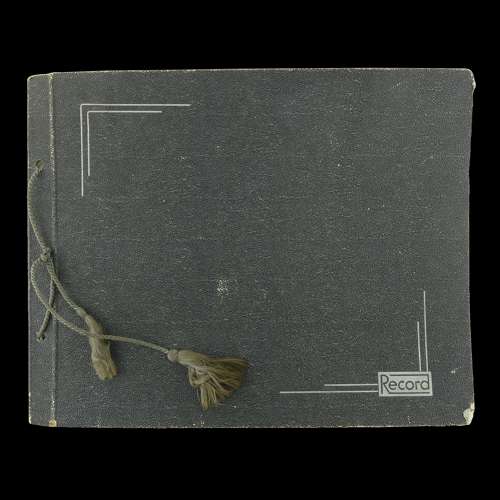 Board backed album approximately 32 x 25cm.  A typical family album with lots of personal photographs of family, friends, children, holidays etc.  It begins in 1936 at Standlake in Oxfordshire with further images taken in Great Yarmouth, Southsea, The Isle of Wight etc.  Towards the end are RAF related photographs with men in RAF uniform, inside a barrack and a few of a chap standing on the tail of a Hurricane.  More show an airman clowning around with what look like radio valves and there are two larger group photographs.  Approximately 103 images of varying size of which around 28 have RAF related content.  The later photos are assumed to be late 1942/3.  Shows wear and use.  Stock code P21309.