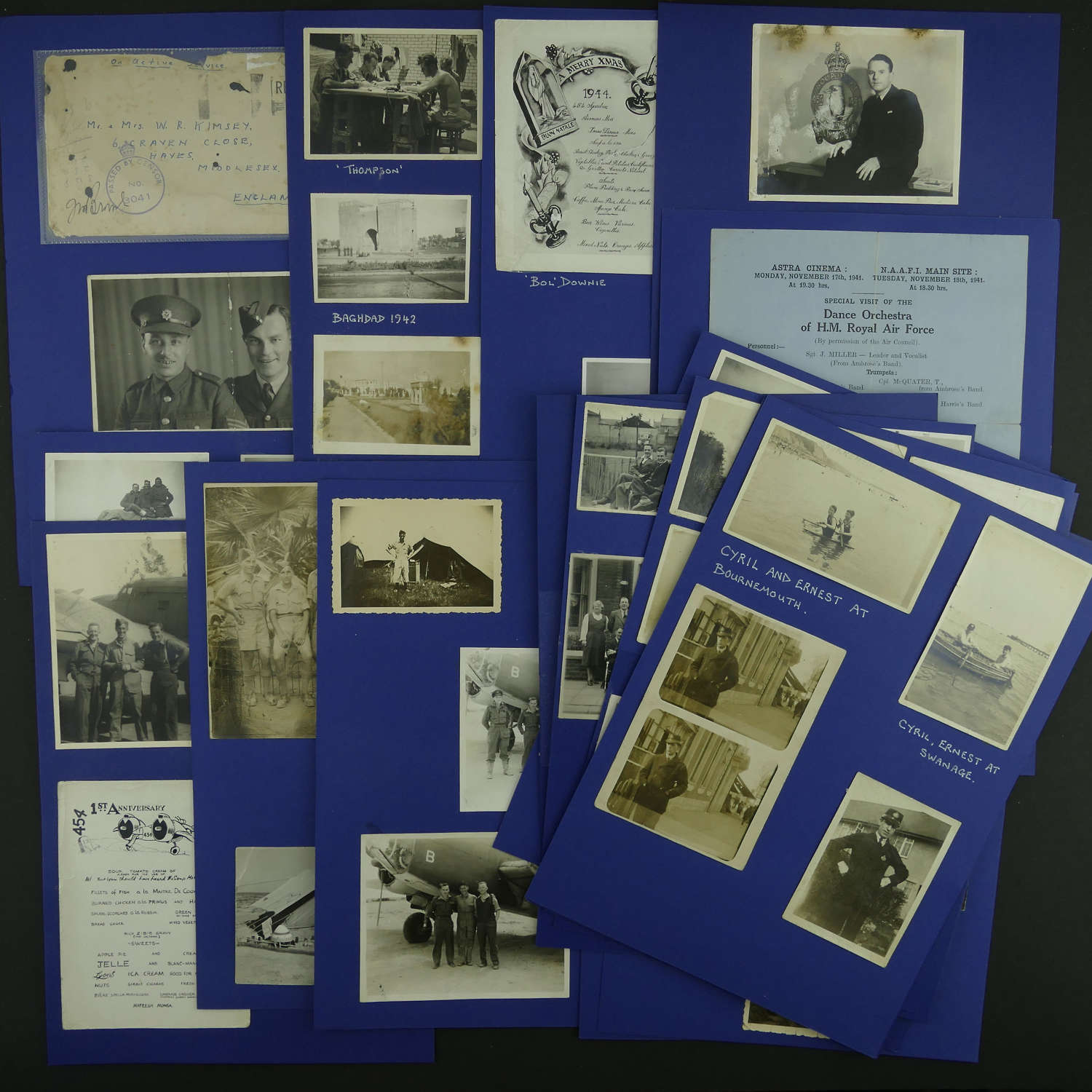 Photographs/paperwork relating to RAF Aircraftsman, Ernest Kimsey, 1463325, 454 RAAF Squadron.  There are photographs of him, his family and colleagues in and around their bases in RAF Habbaniya near Baghdad, RAF Aqir, Palestine, North Africa/Libya & Italy c.1942-45.  A few include aircraft such as the Spitfire, Liberator & Baltimore.  There are approximately 120 photos in total of which about 90 relate to his time in the RAF. A number at the back appear to be family shots taken in early post-war Britain.  There is also a letter written to his parents as he sailed away for overseas service (censored), a NAAFI band programme, 454 Squadron menus for Christmas & VE day etc.  Everything has been glued onto card and some of the photographs are captioned in ink beneath.  I suspect they have been 'remounted' having previously been in an older album that has since fallen apart.  454 Squadron was raised under the Empire Training Scheme in Australia and saw service as a light bomber squadron at Aqir in Palestine.  It proceeded to Iran, equipped with Blenheims and later Amiriya in Egypt with Baltimores operating maritime patrols against U-boats and merchant shipping.  In 1944 they relocated to Pescara in Italy and joined the Desert Air Force.  Some photocopied information on 454 Squadron is also included.  Stock code P22873-196. 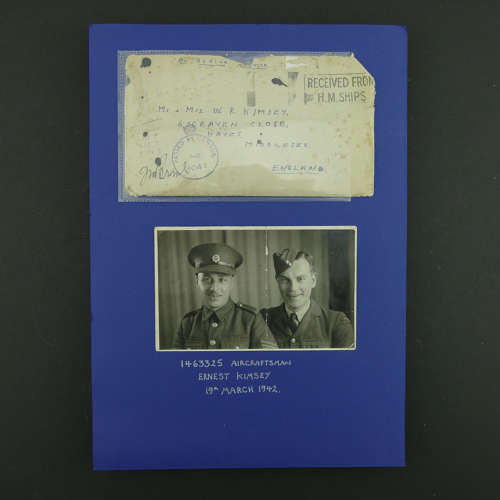 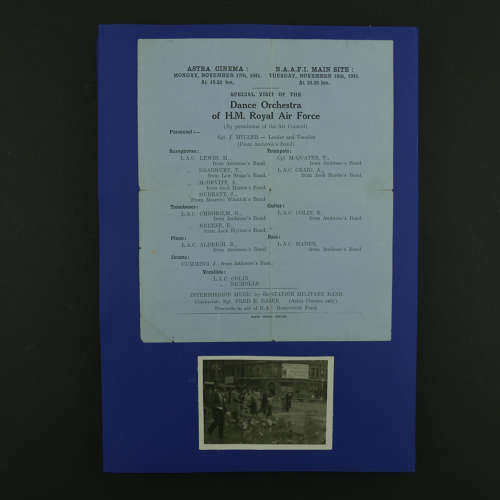 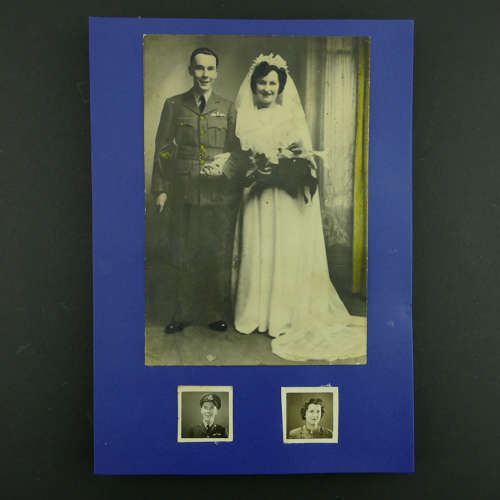 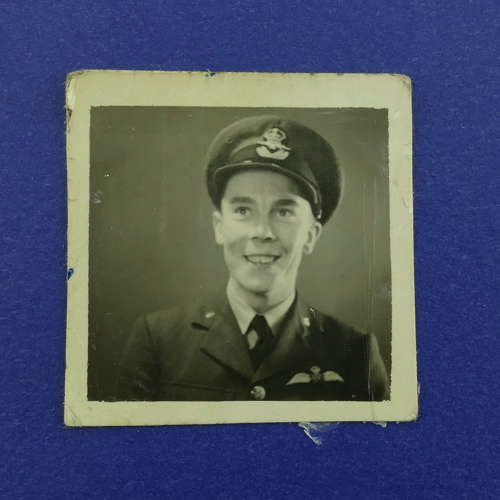 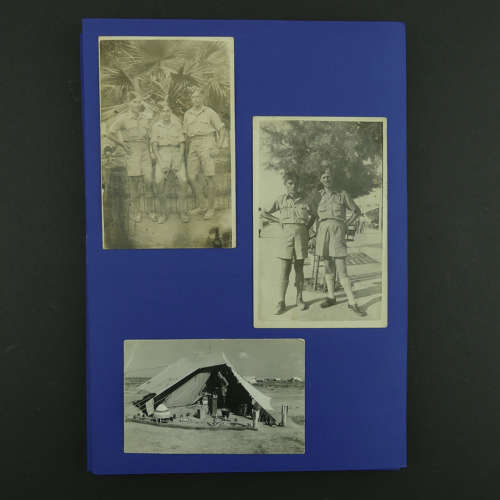 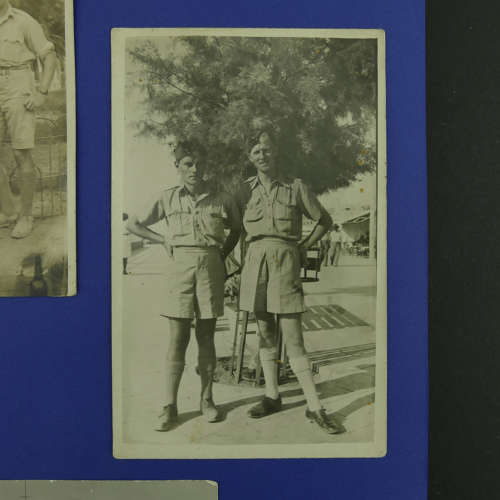 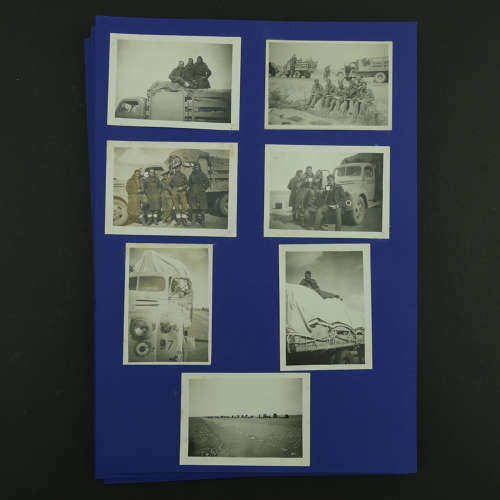 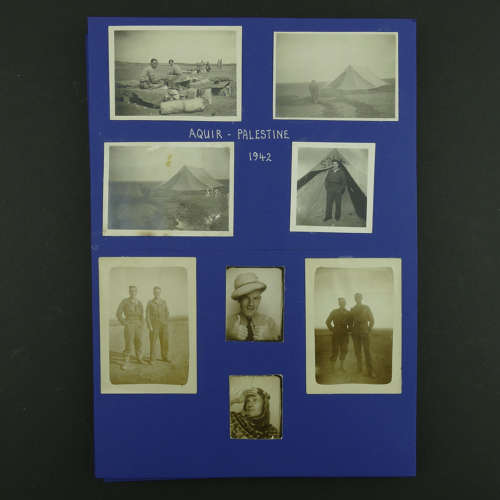 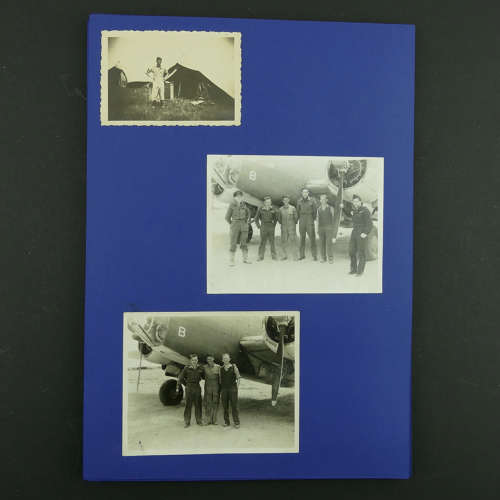 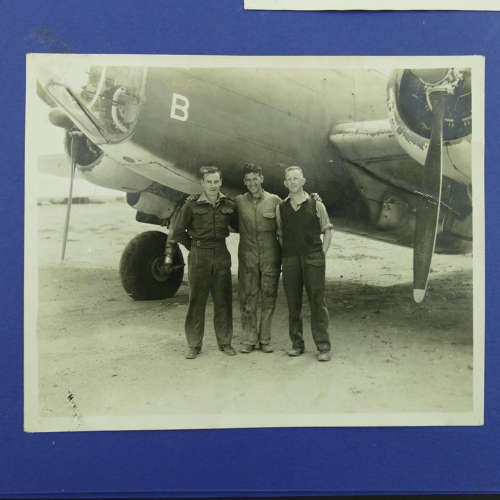 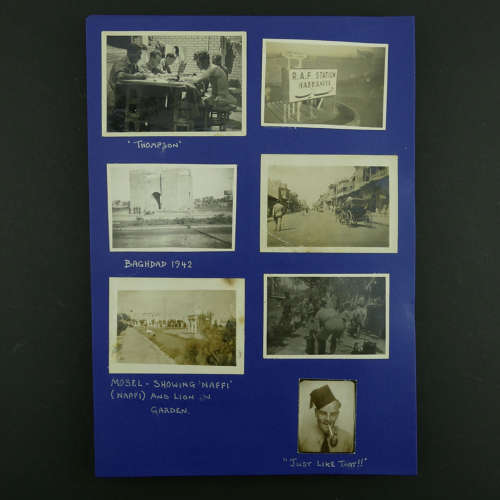 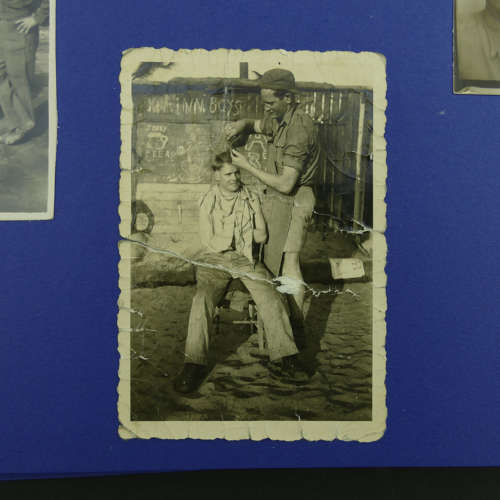 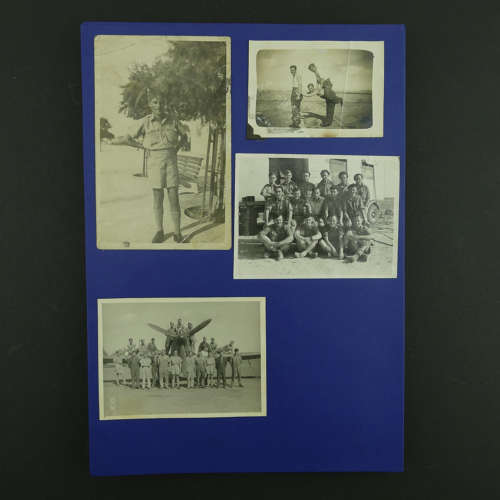 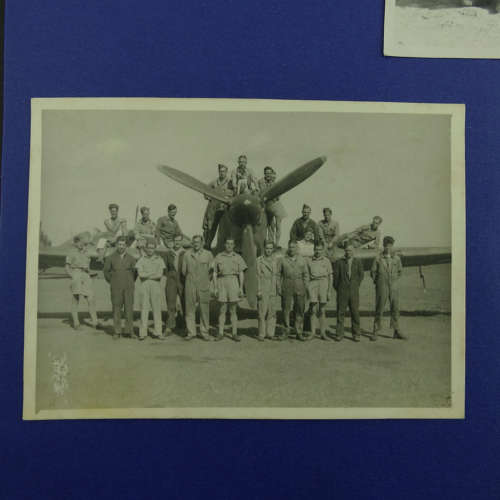 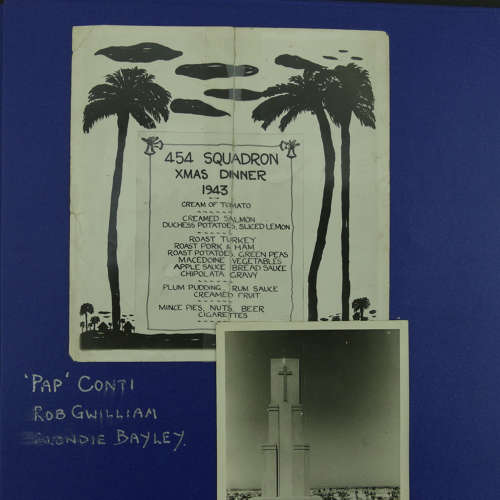 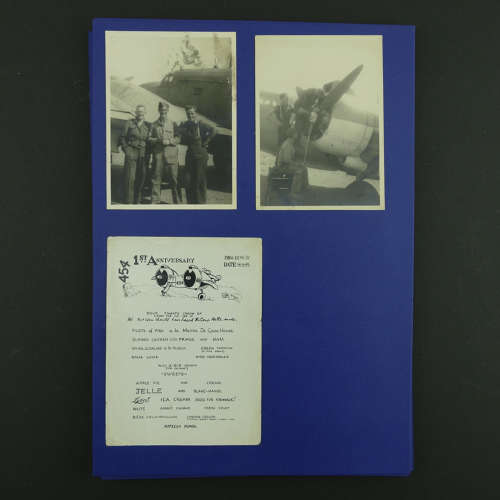 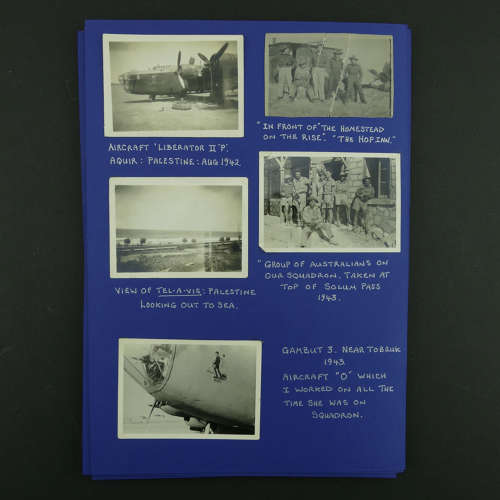 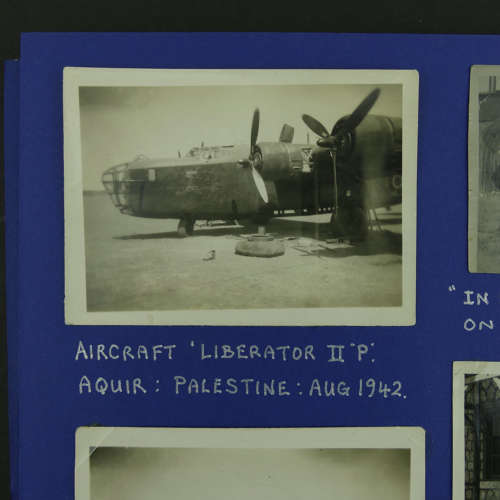 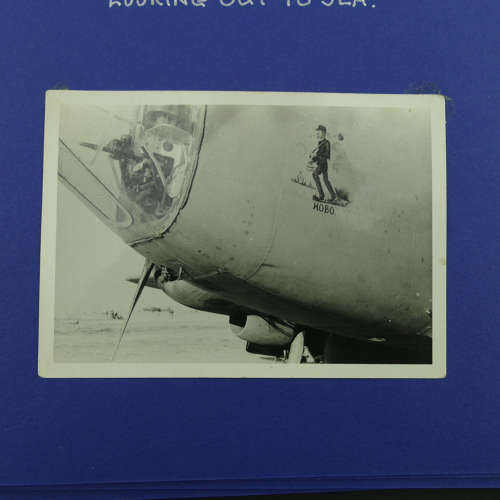 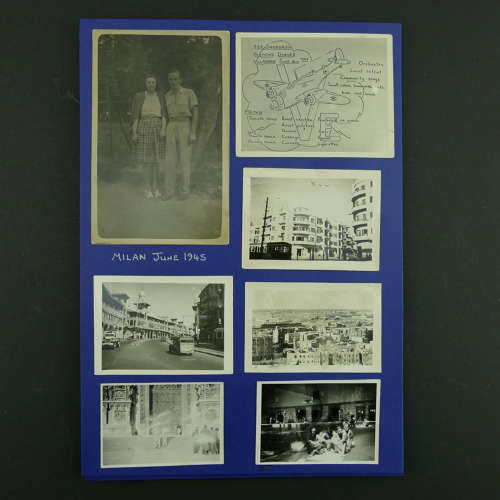 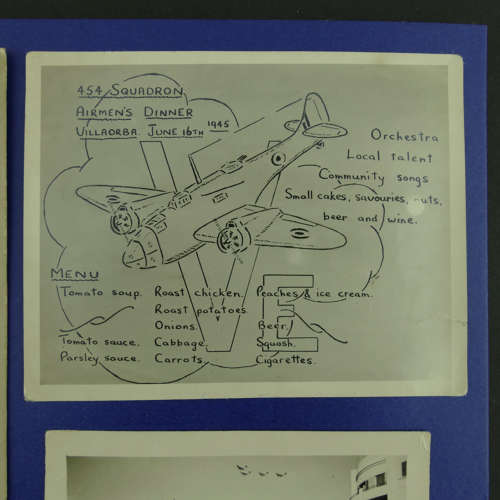 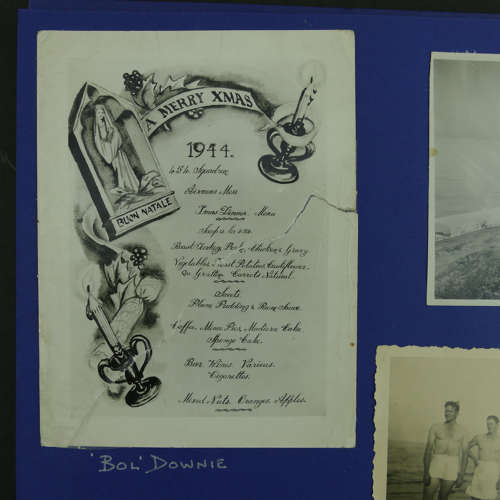 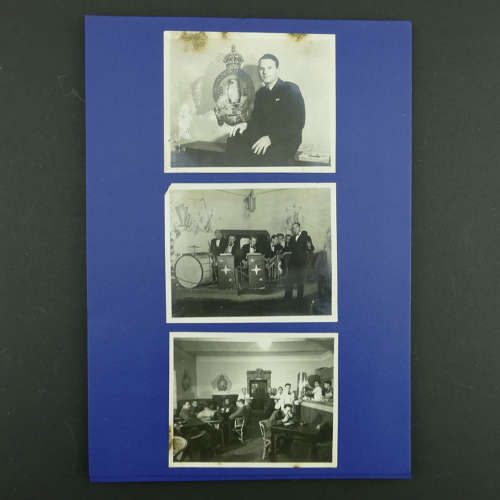 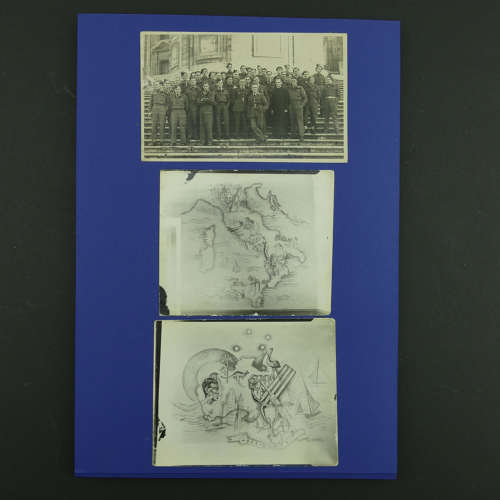 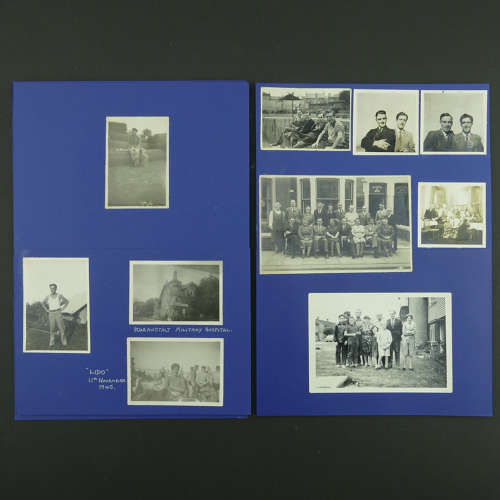