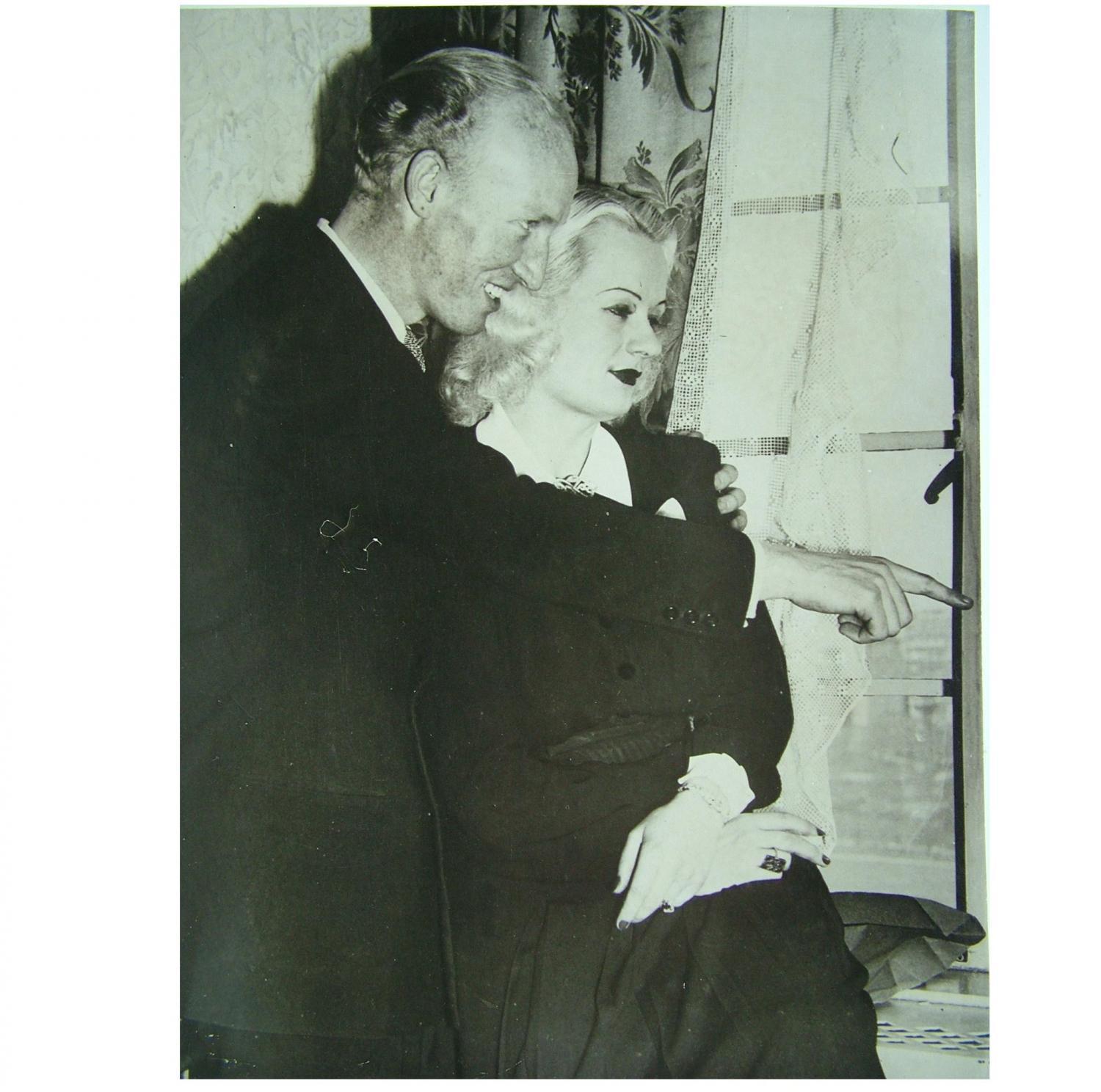 British press photograph.  Approximately 16 x 22cm. 'American flier released by General Franco is reunited with his wife'.  Photo shows Harold E. Dahl, American flier who was released by General Franco after imprisonment for three years in Spain, seen with his wife, Mrs. Edith Rogers Dahl, after his arrival at New York hotel.  The flier was shot down while he was fighting during the Spanish Civil War.  His wife had made several efforts to secure his release.  Captioned to rear.  Good condition.  Stock code P11576. 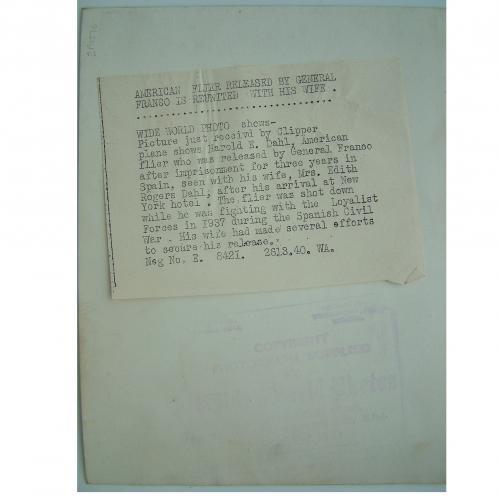 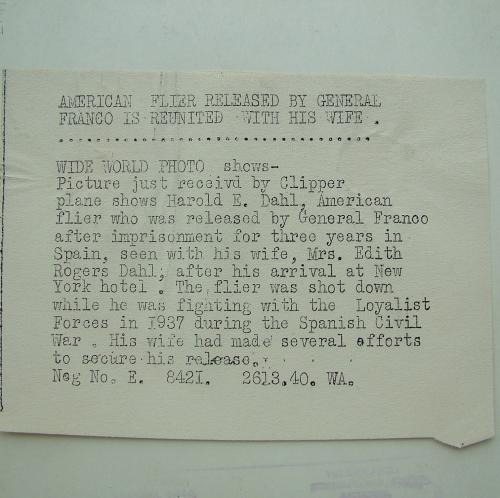