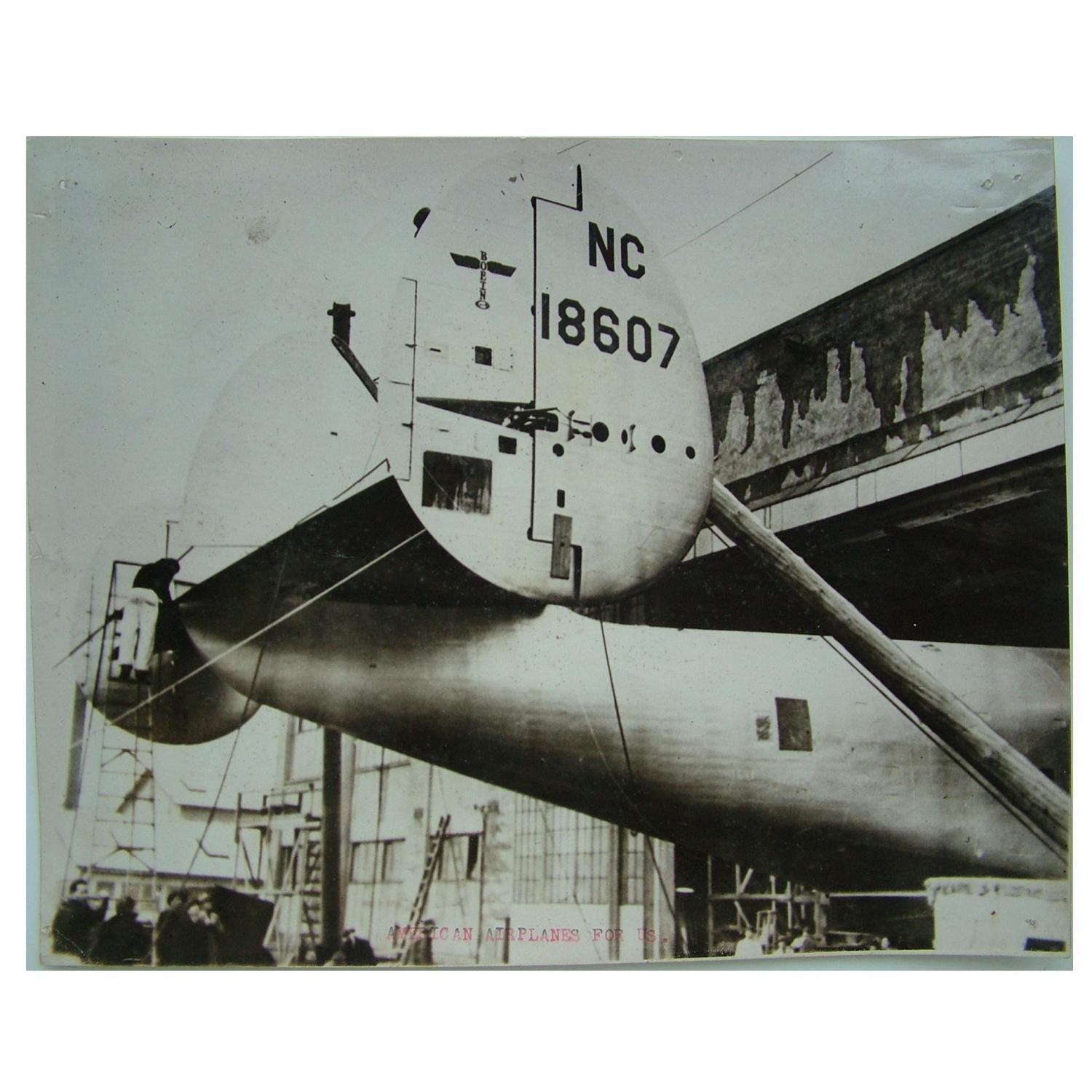 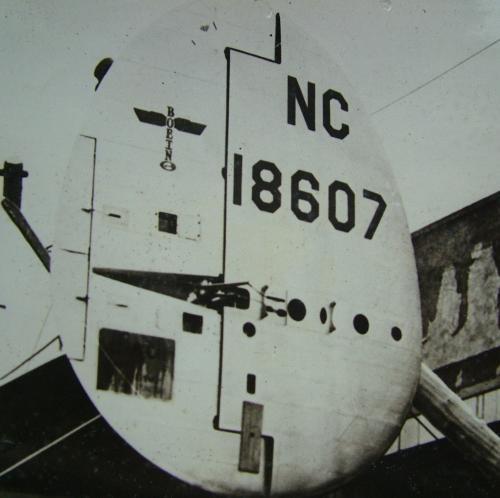 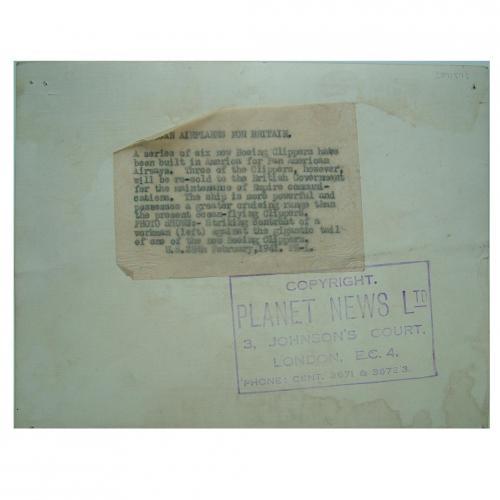 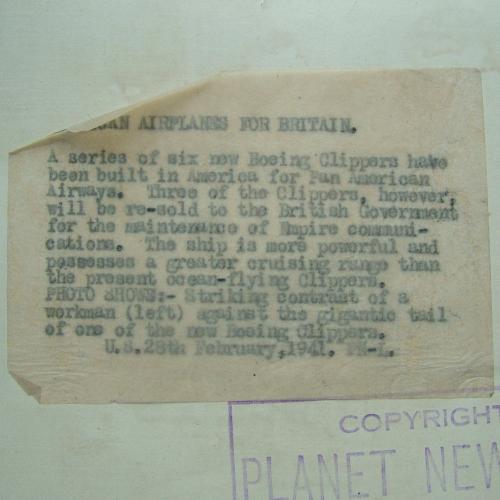 British press photograph.  Approximately 24 x 19cm. American Aiplanes For Britain.  Captioned to rear 'A series of six new Boeing Clippers have been built for Pan American Airways.  Three of the Clippers, however, will be re-sold to the British Government for the maintenance of Empire communications.  The ship is more powerful and possesses a greater cruising range than the present ocean-flying Clippers.  Photos shows : - Striking contrast of a workman (left) against the gigantic tail of one of the new Boeing Clippers, U.S. 28th February, 1941.'   Photo is copyright of Planet News Ltd, London.  Generally good bar light soiling/creasing and pin holes in each corner. Stock code P11575.