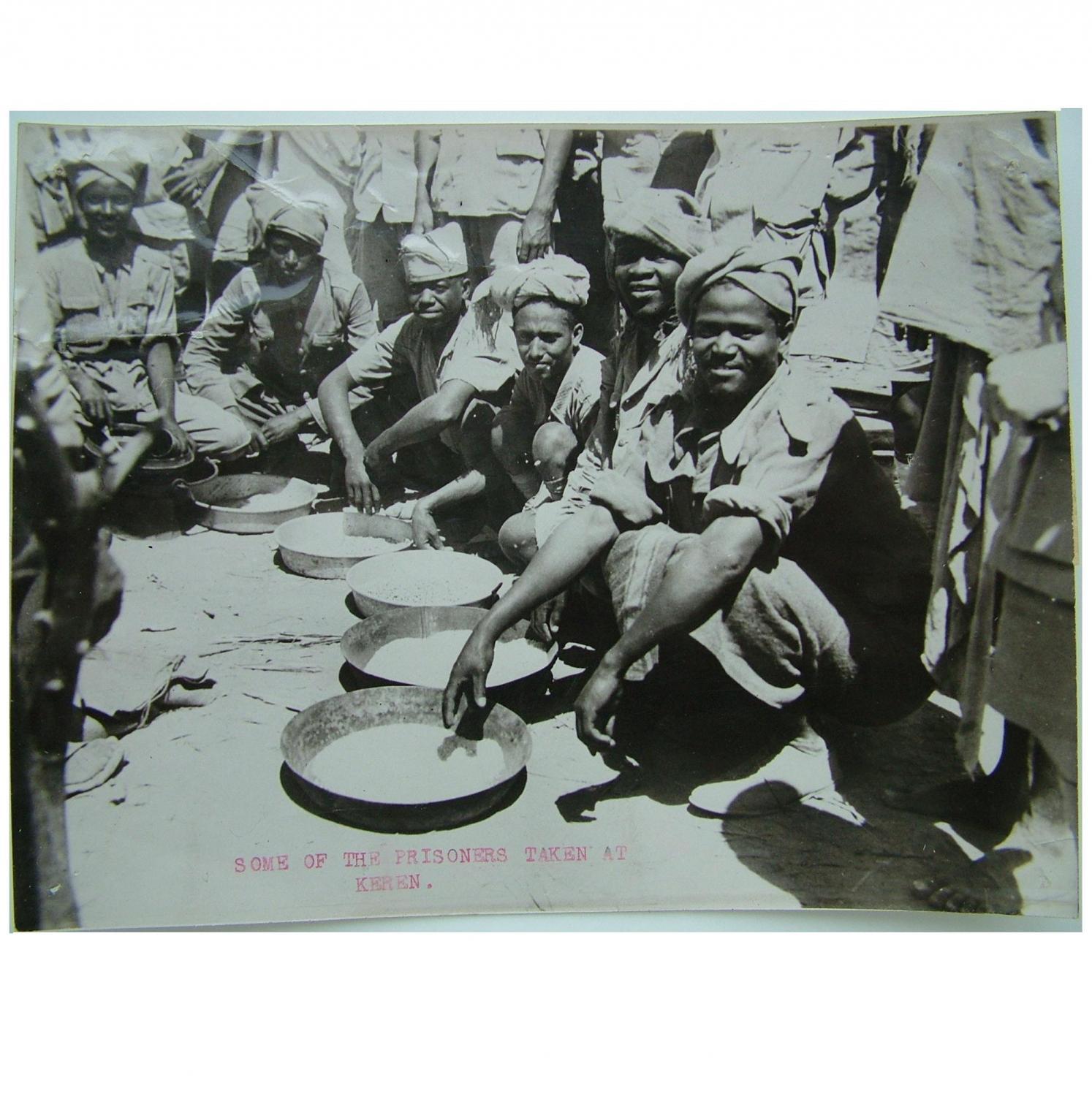 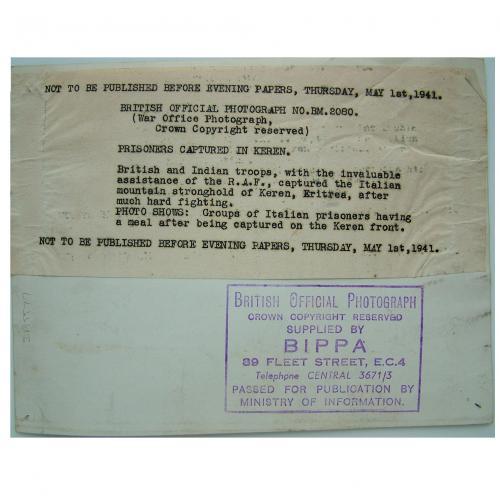 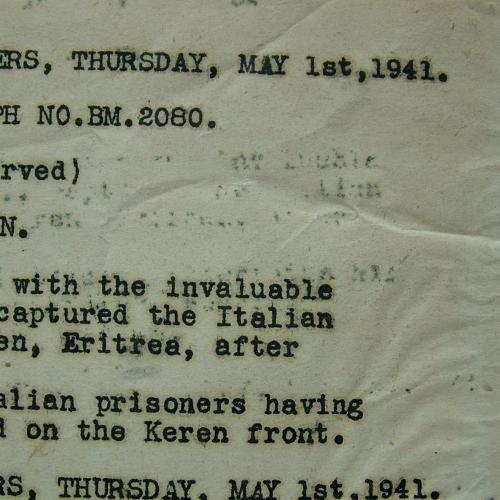 British official press photograph.  Approximately 20 x 15cm. 'Prisoners Captured In Keren - British and Indian troops, with the invaluable assistance of the RAF, captured the Italian mountain stronghold of Keren, Eritrea, after much hard fighting'.  The photo shows a group of Italian prisoners having a meal after being captured on the Keren front.  Captioned to the back where it is also notes ' Not to be published before Evening Papers, Thursday, May 1st, 1941'.  Passed for publication by the Ministry of Information.  Photo is crown copyright.   Generally very good bar light creasing and pin holes at the corners.  Stock code P15577.