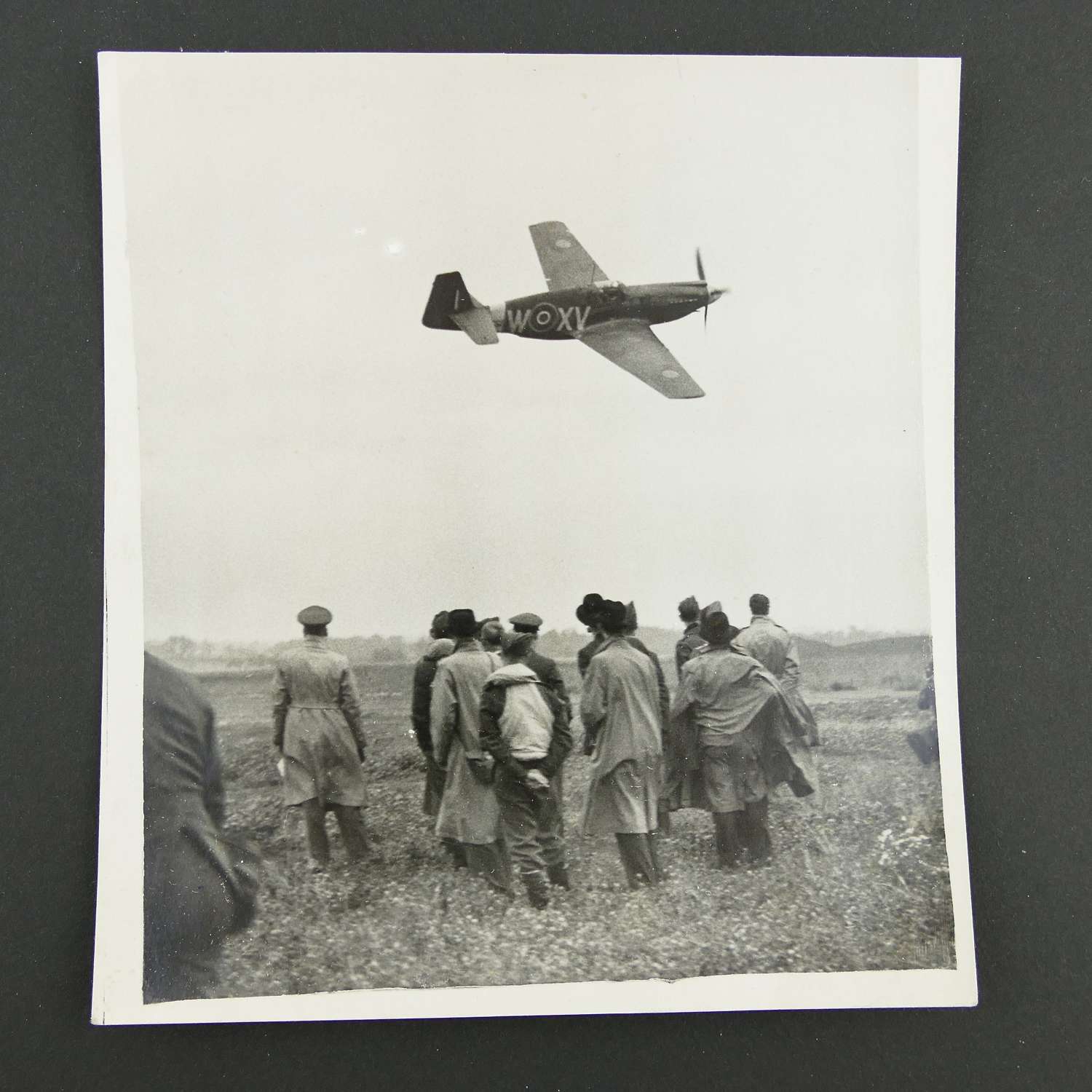 Original press photograph approximately 15.2 x 16.8cm.  It shows aircrew, RAF officers and officials witnessing the flypast of a Mustang fighter.  It is captioned to the rear 'Mustangs assist fighter command - Mustang American fighter aircraft have been operating from Great Britain for the past few weeks.  The machines, which are operating with army co-operation command, are engaged on operations in co-operation with fighter command....  All its operations so far, have been of the "ground strafing" variety'.  A Keystone Press Agency photograph passed by the censor for publication.  Stock code P24215A-35. 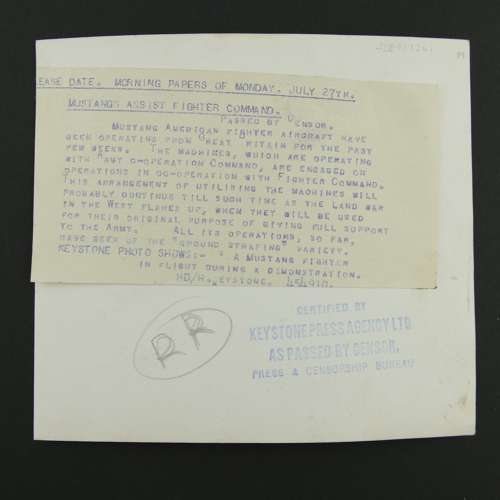