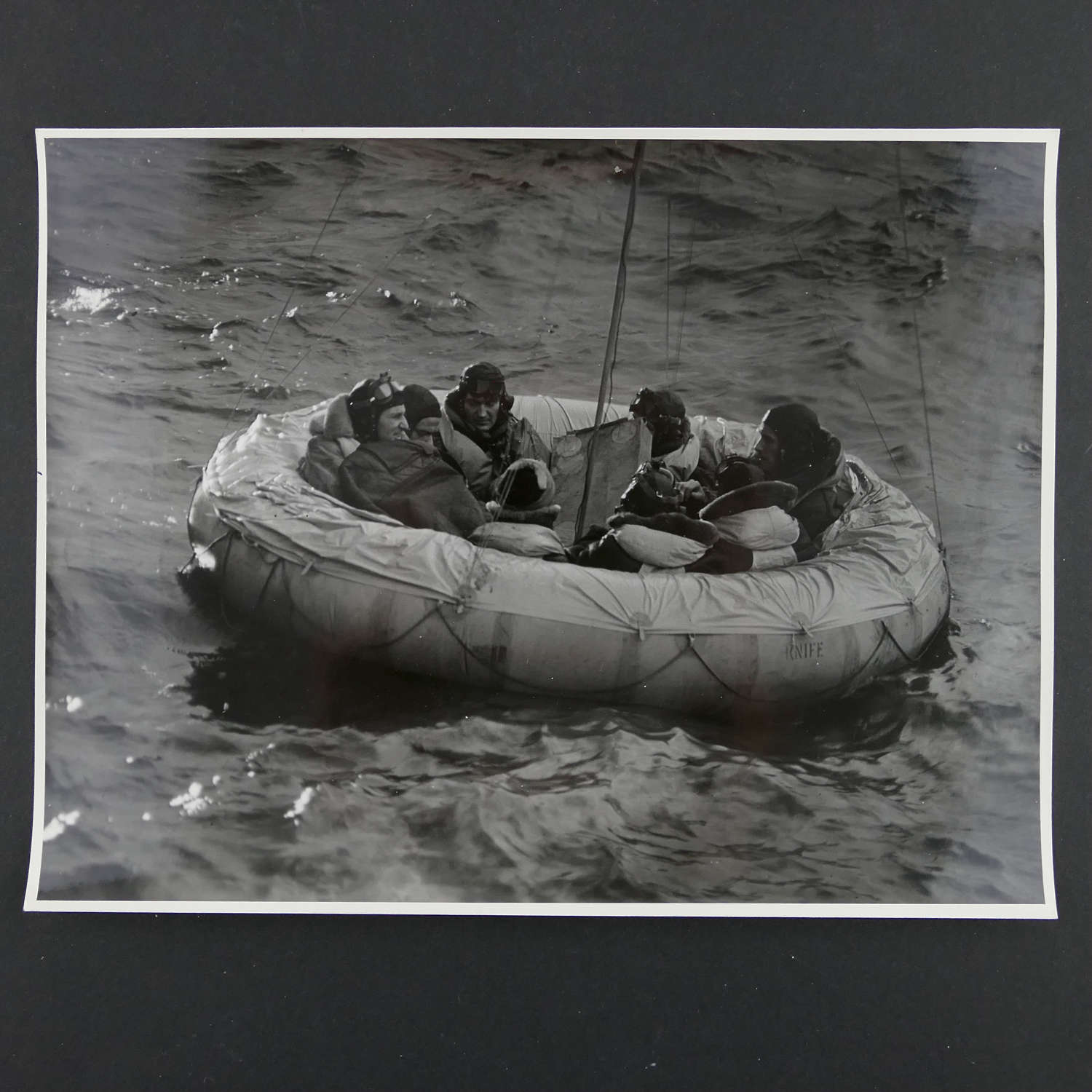 Approximately 24 x 18.5cm.  Printed on Air Ministry photographic paper.  This is a 'still' from the film 'Journey Together', made in 1944 for the Ministry of Information by the RAF and USAAC film production units.  Produced by John Boulting and starring Richard Attenborough, Jack Watling and David Tomlinson alongside actual aircrew.  This propaganda film was billed as 'A story dedicated to the Few who trained the Many....' and is essentially a documentary film about a navigator who wanted to be a pilot.  It covered aircrew training, combat and being shot down and ditching in the sea.  This photograph shows some aircrew in full flyng kit (Irvins, helmets, MK.VII goggles, Mae Wests etc) in a multi-man survival dinghy.  Very good condition. Stock code P22819. 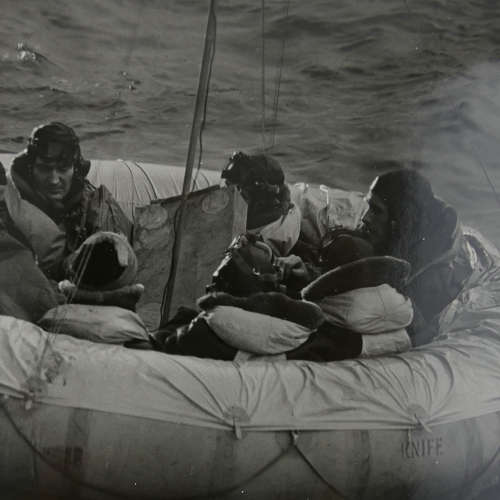 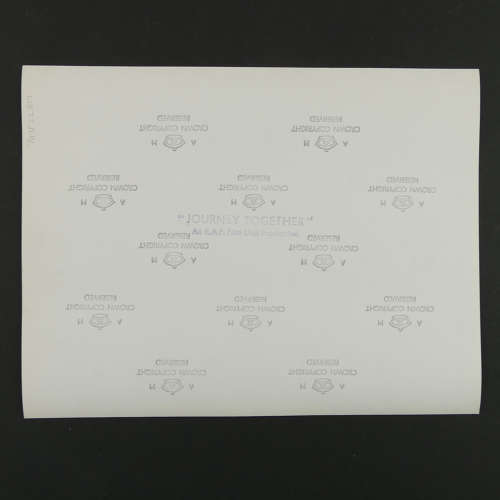 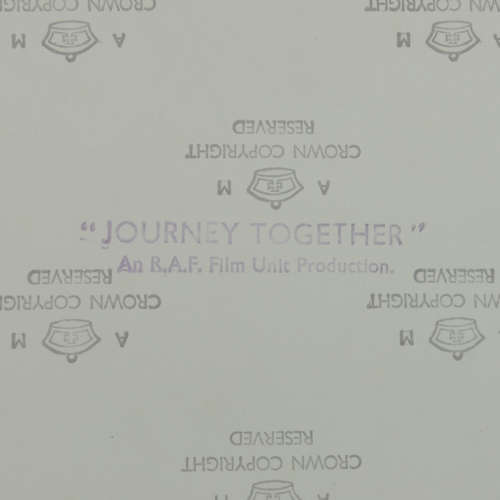