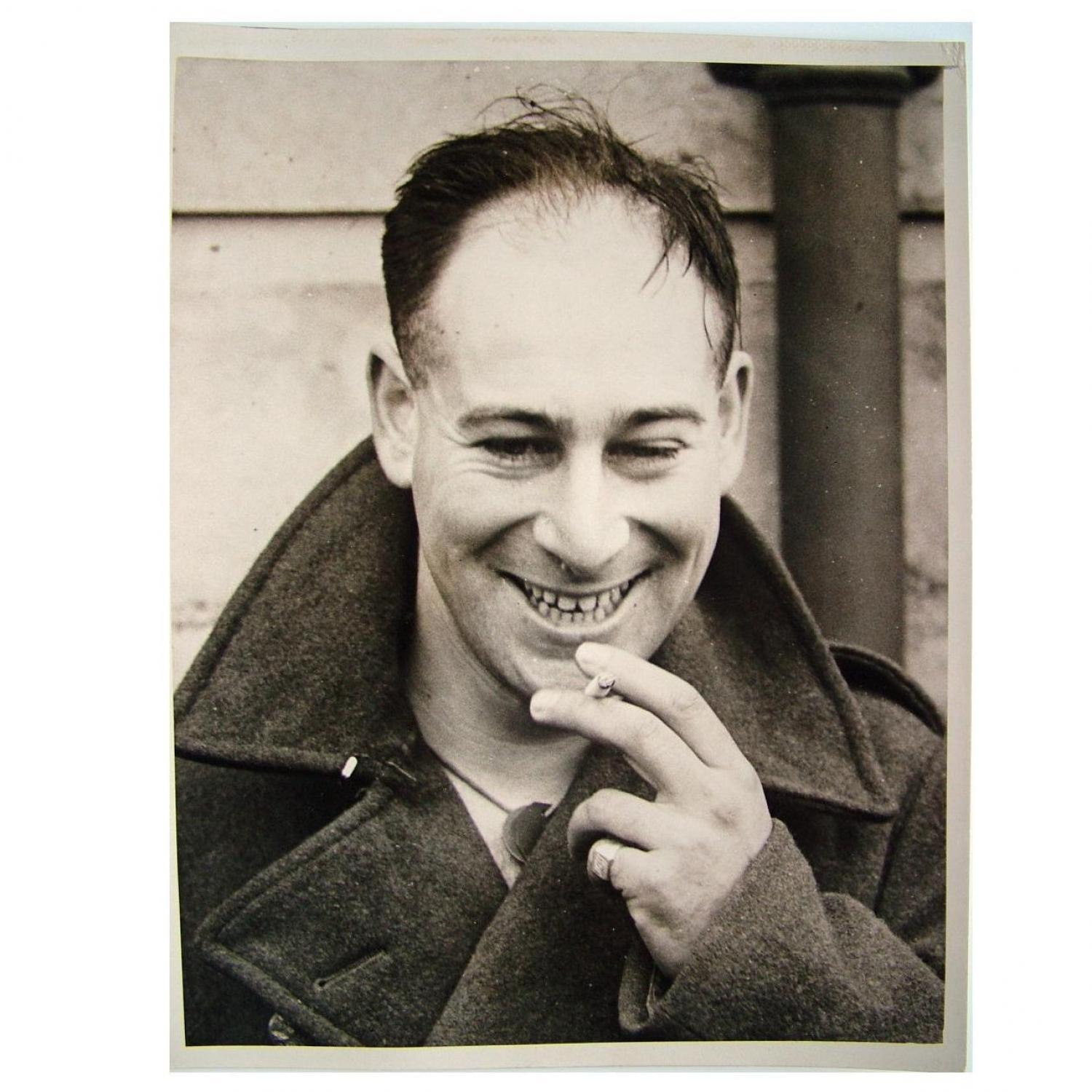 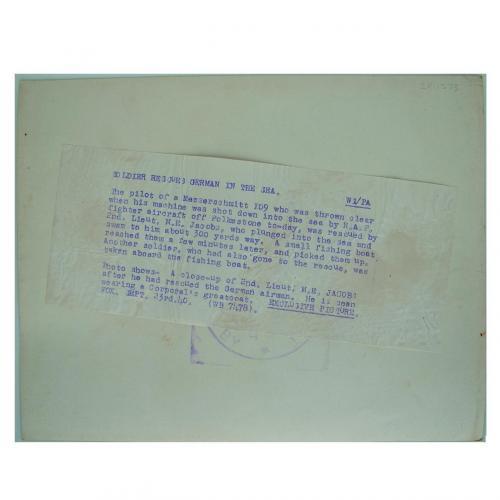 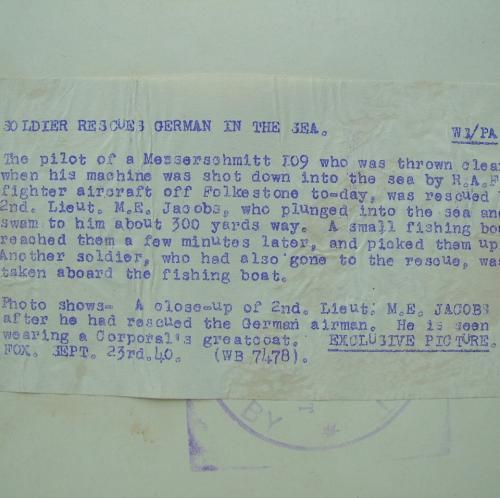 British press photograph.  Approximately 19 x 24cm. 'Captioned to rear 'Soldier Rescues German In The Sea - The pilot of a Messerschmitt 109 who was thrown clear when his machine was shot down into the sea by R.A.F. fighter aircraft off Folkestone to-day, was rescued by 2nd Lieut. M.E. Jacobs, who plunged into the sea and swam to him about 300 yards away.  A small fishing boat reached them a few minutes later, and picked them up.  Another solider, who had also gone to the rescue, was taken aboard the fishing boat.  Photo shows - A close up of 2nd Lieut. M. E. Jacobs after he had rescued the German airman.  He is seen wearing a Corporal's greatcoat.  Exclusive Picture - Fox, Sept. 23rd  '40.'  Generally very good bar light soiling and creasing.  Stock code P11573.