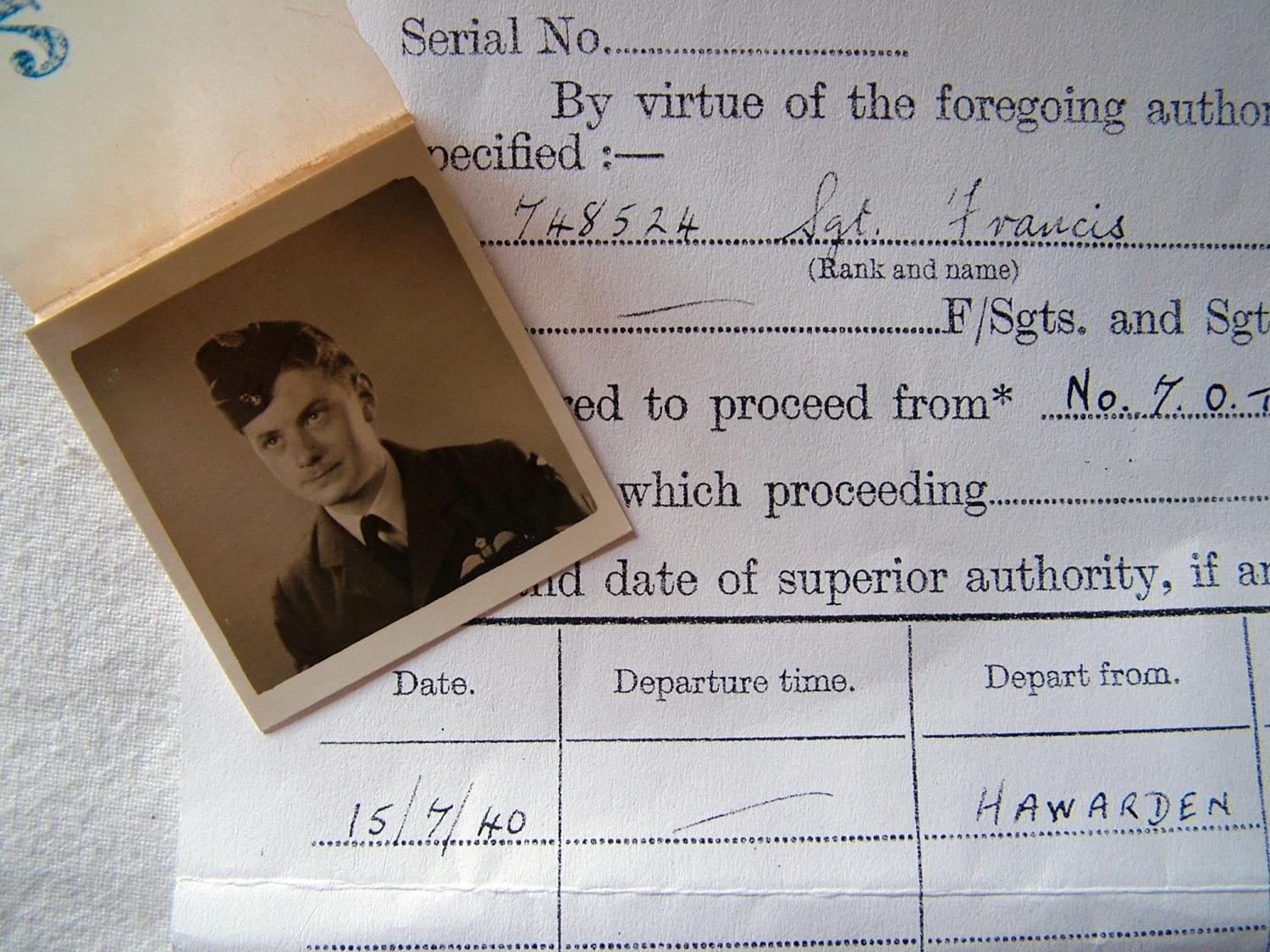 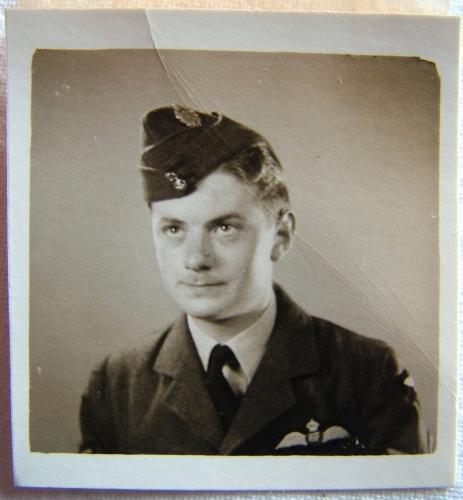 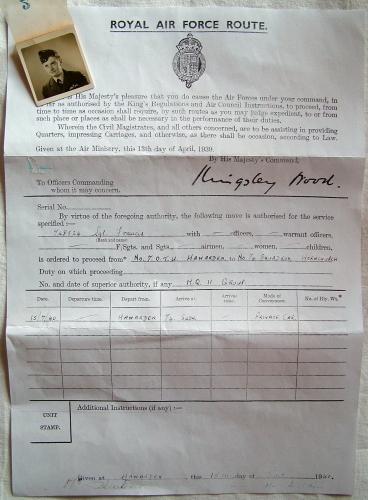 Approx. 35 x 35mm. This is a photographic studio contact strip photograph of Battle of Britain spitfire pilot Sergeant Clarence William Francis in his Sergeant Pilot Uniform. His wings can be seen clearly. Francis was posted to 74 Squadron at Rochford on June 24th 1940. This was the satellite station for Hornchurch. He was commissioned in January 1942, eventually leaving the RAF in 1946 as a Flight Lieutenant.

Francis was a private individual who did not seek attention or attend RAF reunion functions etc. As such, items relating to him are extremely rare. There isn't even a photo of him in the excellent 'Men of the Battle of Britain' book. This photograph was originally purchased some years ago - directly from the family along with various other items of his kit. Some of these are in my own collection. It is in excellent condition. Sold with a photocopy of the RAF route document authorizing Francis to travel from No. 7 Operational Training Unit,Hawarden to No. 74 Squadron Hornchurch, dated 15th July 1940. Stock code P17527.