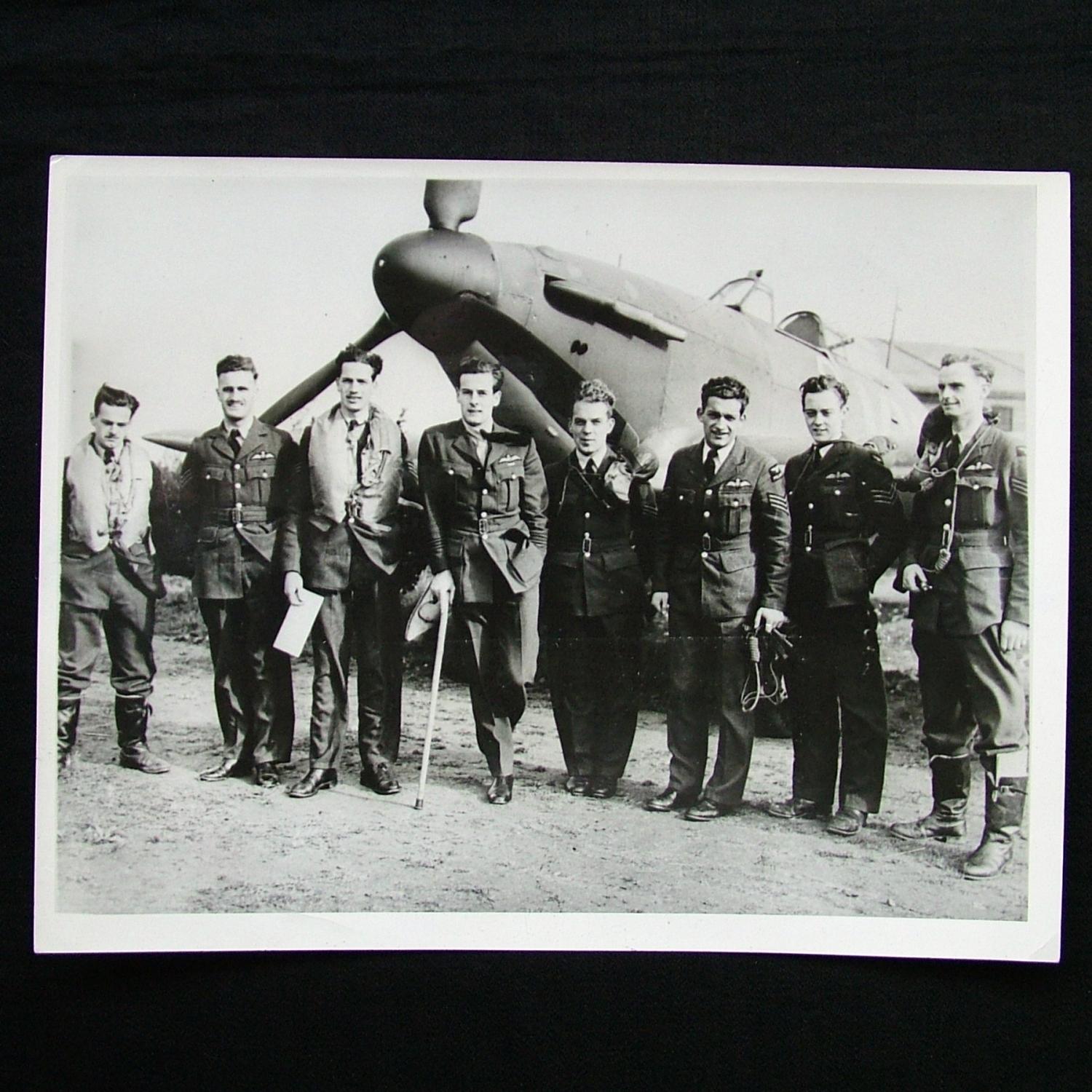 On August 31st Townsend was shot down during combat with Bf110s.  He was wounded in the left foot when a cannon shell went through the glycol tank and exploded within the cockpit. He continued to lead as CO of 85 Squadron 'on the ground',  even though the wound resulted in the amputation of his big toe. He returned to operational flying on 21st September with a bar being awarded to his DFC. Great photo showing Towsend with a walking stick and members of 85 squadron in front of a Hawker Hurricane.  Stock code P15962. 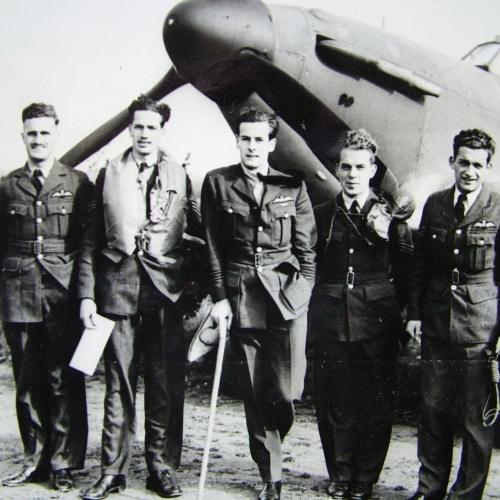 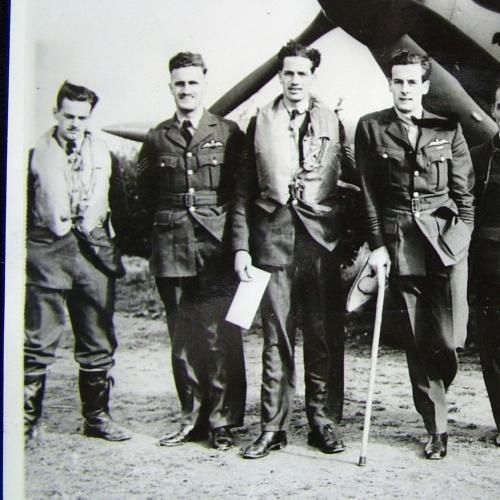 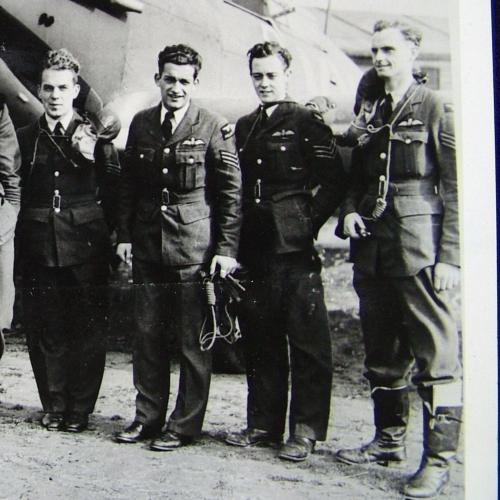 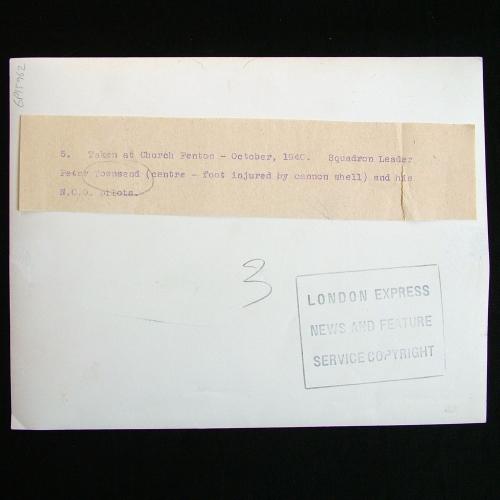 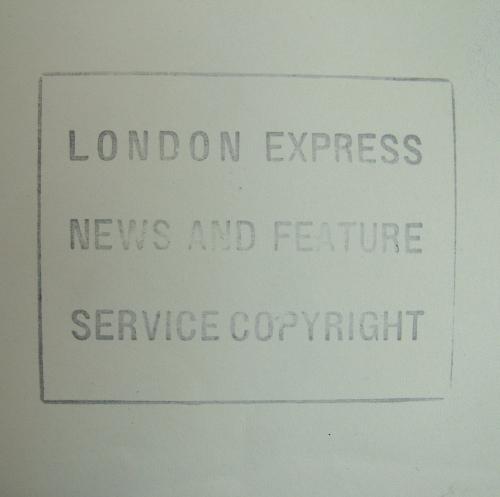