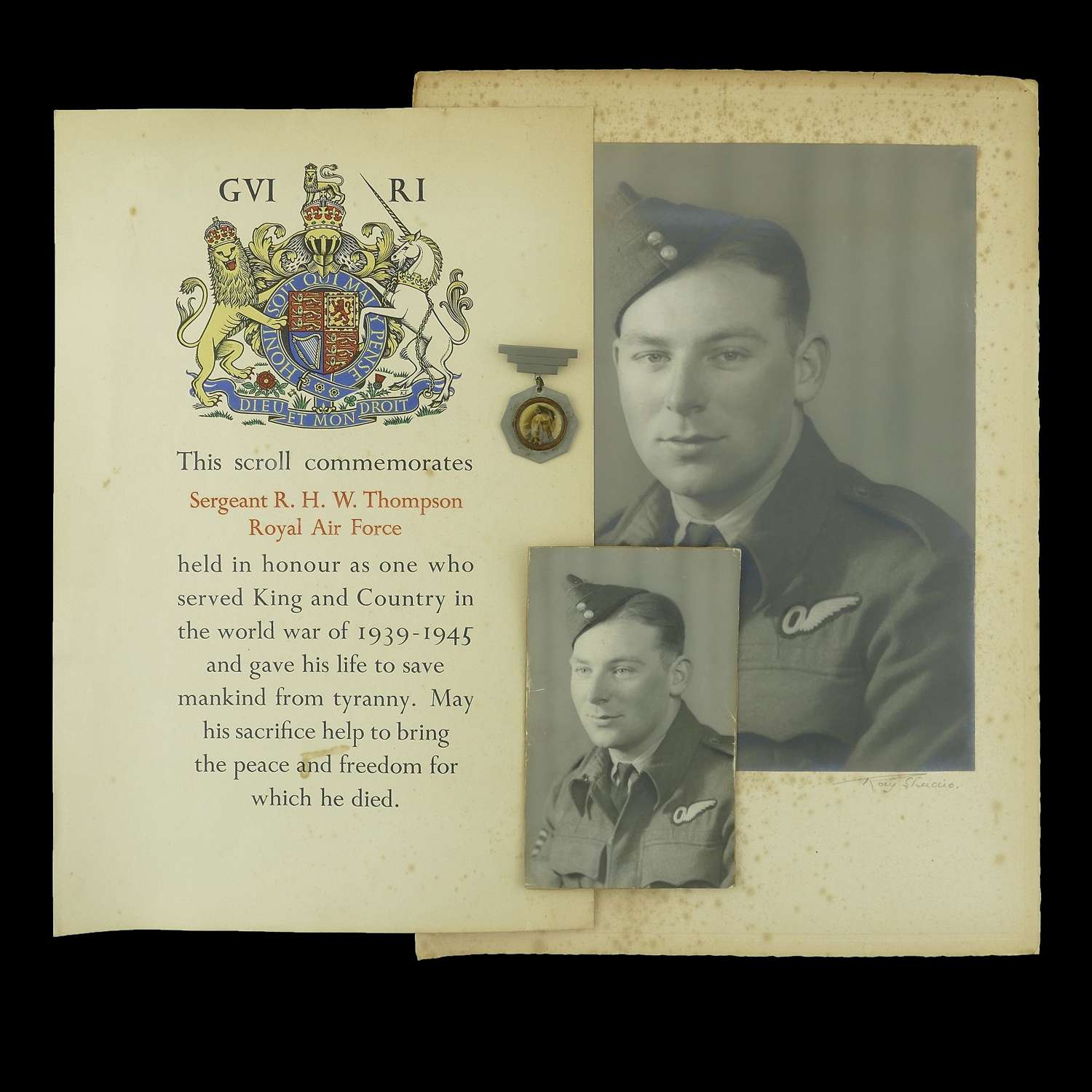 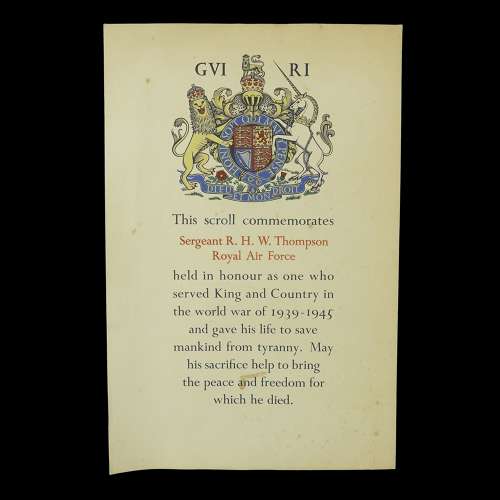 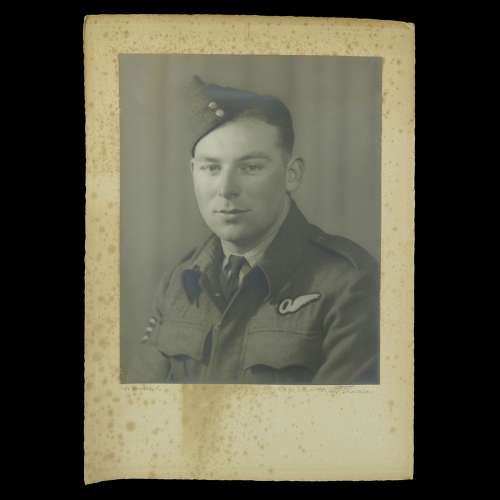 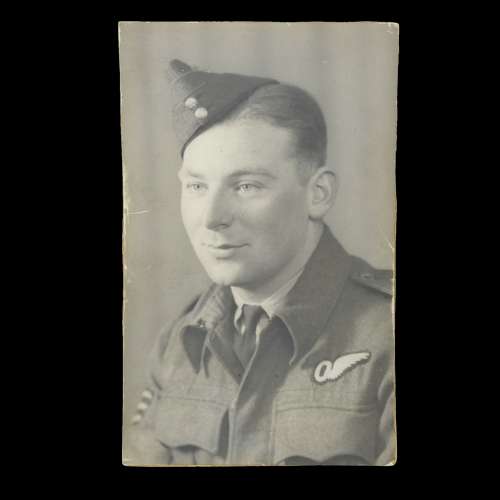 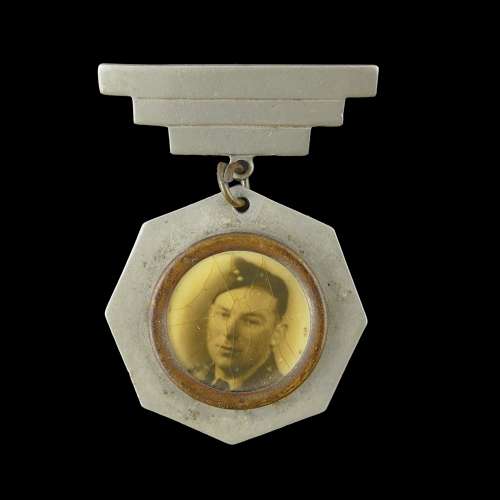 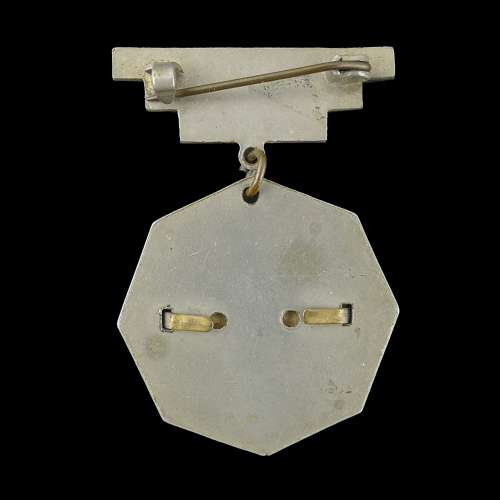 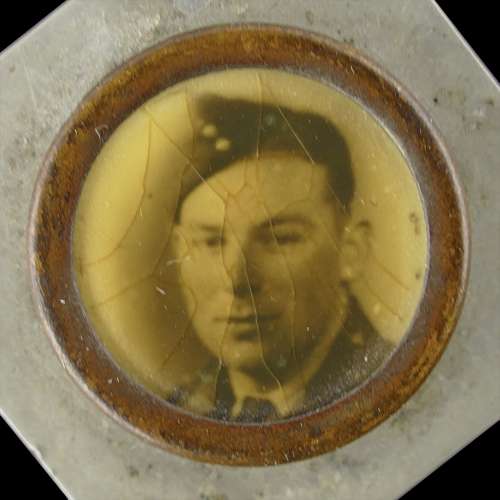 Small grouping to Sergeant Reginald Herbert William Thompson RAFVR (1385570), son of Herbert Stanley and Kate (Kitty) Emma Thompson of Pinner, Middlesex, who flew as an aircrew Observer with 44 (Rhodesia) Squadron Bomber Command.  On the night of Friday 25th June 1943, Lancaster I, R5740 KM-0, took off from RAF Dunholme Lodge, Lincolnshire at 2251hrs to attack oil plants at Gelsenkirchen in the centre of the Ruhr Valley.  This was the first raid to Gelsenkirchen since 1941 and a total of 473 aircraft were deployed including 214 Lancasters, 134 Halifaxes, 73 Stirlings, 40 Wellingtons and 12 Mosquitoes.  The raid was unsuccessful due to cloud cover and failure of the Mosquitoes to provide accurate markers.  Damage was caused to industry but was also reported on other Ruhr cities miles from the intended target.  30 aircraft failed to return including Thompson and the rest of R5740's crew,  P/O Derek Minden Sharp, F/O Donald MacLean Struthers, F/Sgt. Thomas Johnstone, Sgt. Rowland Josiah Dash, Sgt. Norman Henry Morris, Sgt. Ernest Reginald Hylton Griffiths and Sgt. Kenneth William Langstaff, were lost without trace.  Sgt. Thompson, born in 1921, was just 21 years old at the time.  All are commemorated on the Runnymede and International Bomber Command memorials (Thompson on panels 167/106 respectively).
Here we have a studio portrait of Thompson in war service dress blouse and sidecap.  The photograph is approximately 20 x 25cm, mounted onto card 25 x 35cm, the latter having quite a lot of foxing.  With it comes a similar postcard sized photograph with a few biographical details to the back in pencil, his memorial scroll, 21.5 x 33cm, sent to his parents and a small 'rigger' made brooch.  This is in the form of an octogan, probably made from aircraft alloy, onto which a brass 'ring', inset with a photograph of Thompson, has been attached.  The octogon is suspended from a pin-backed Deco style bar.  Poignant reminders of a family's loss.  Stock code P23506.