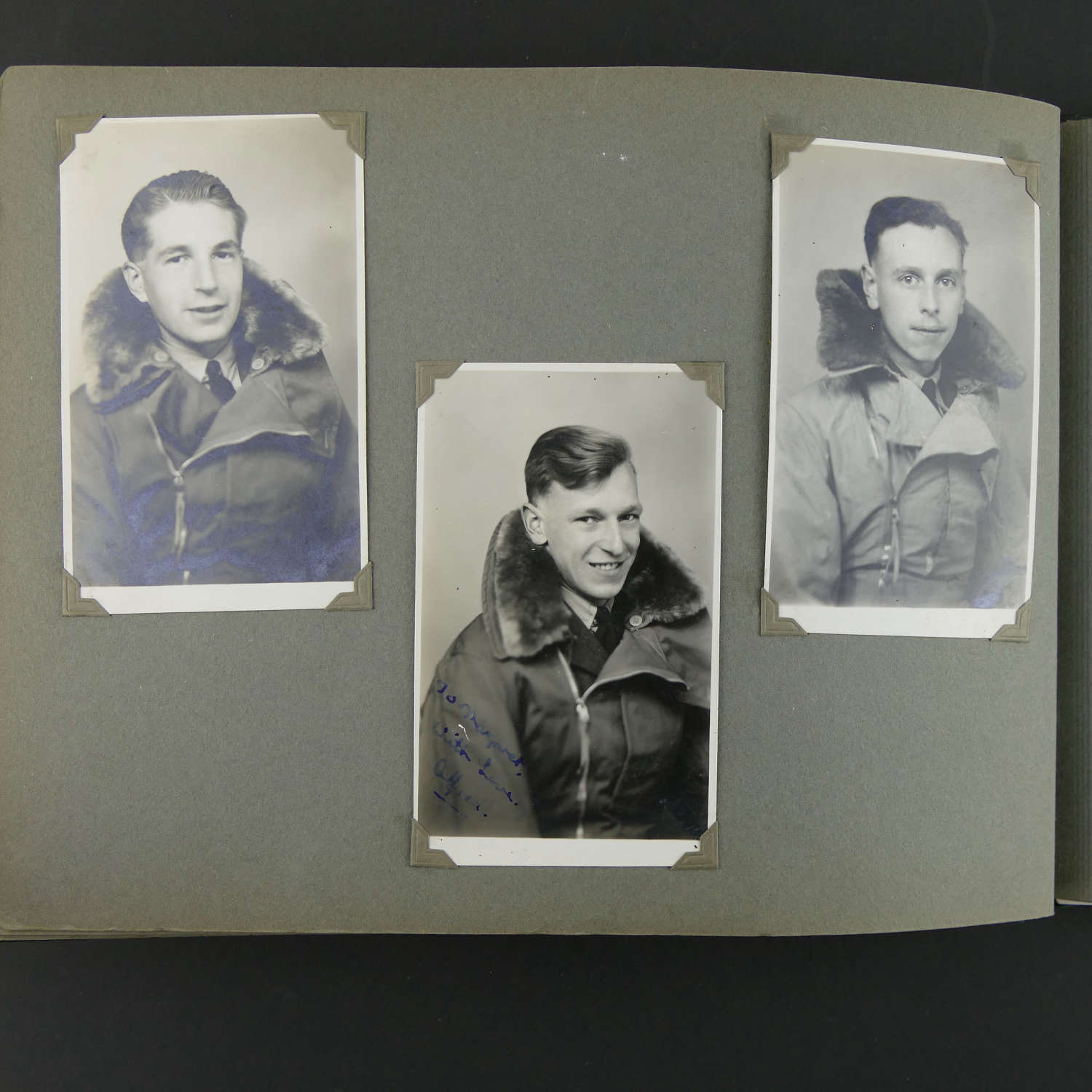 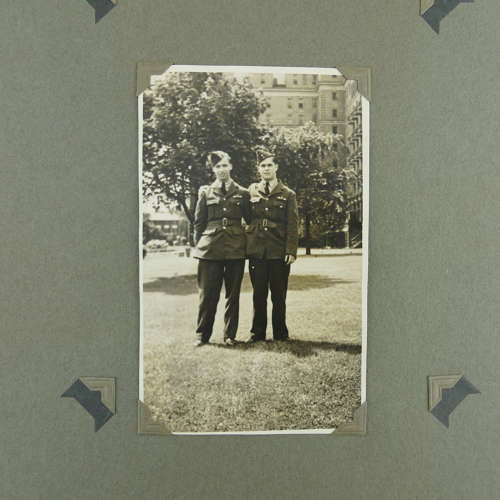 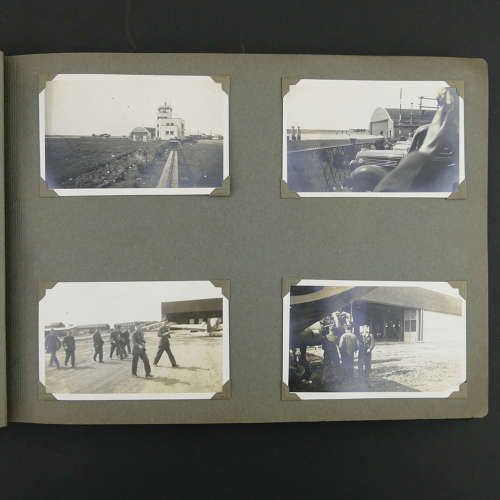 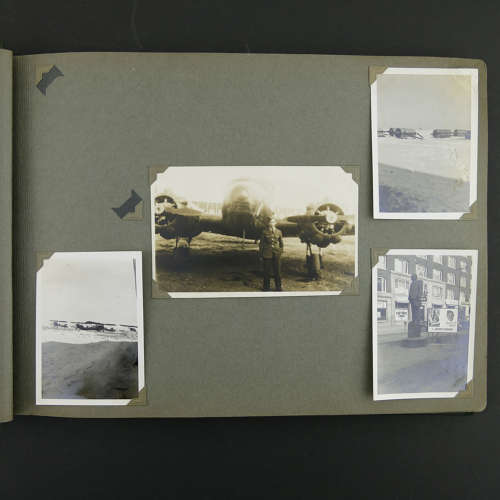 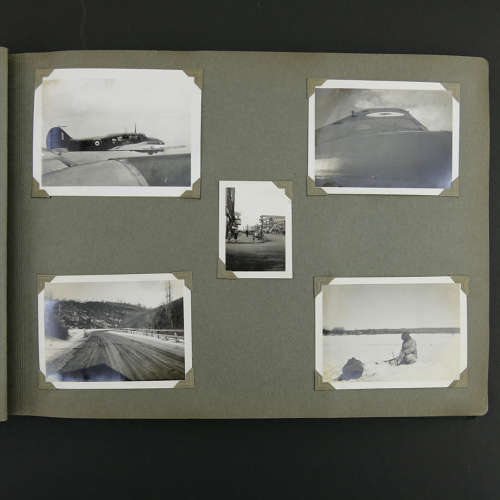 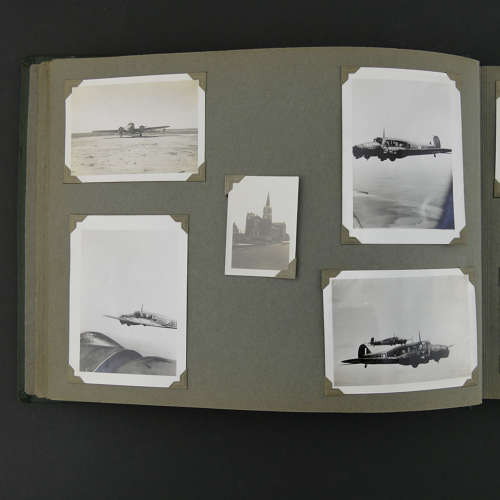 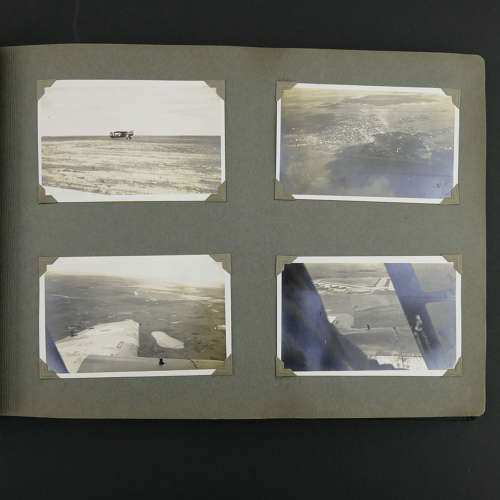 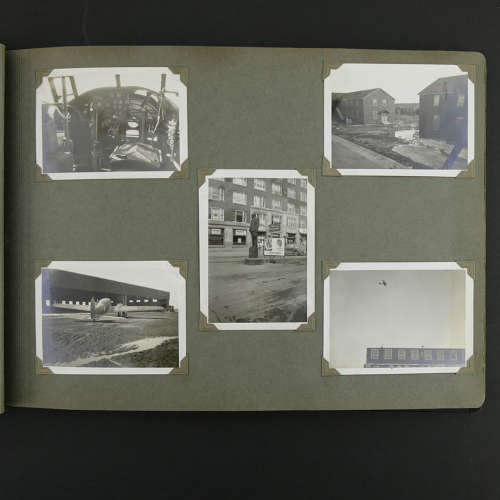 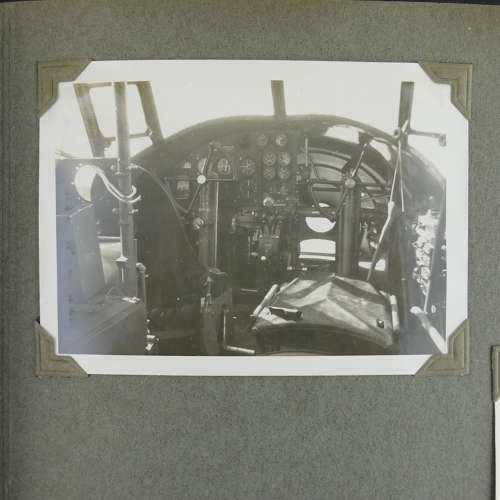 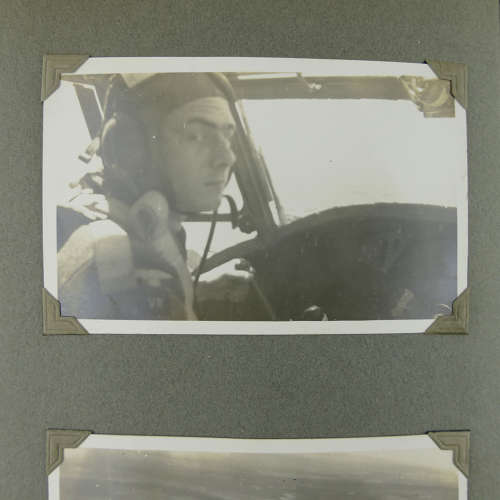 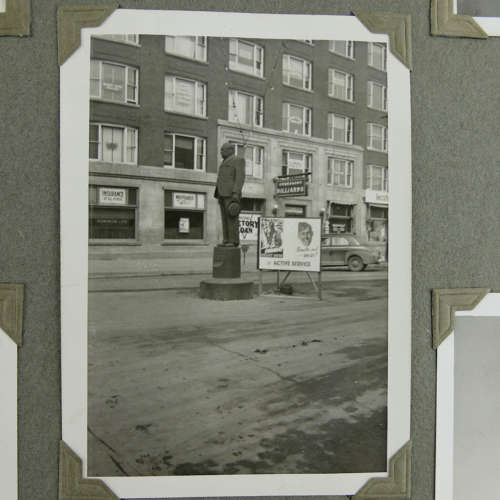 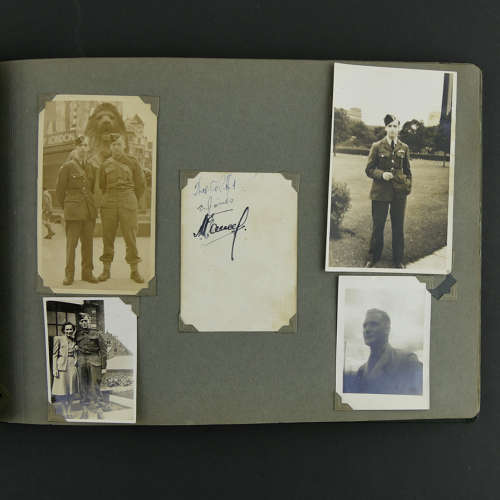 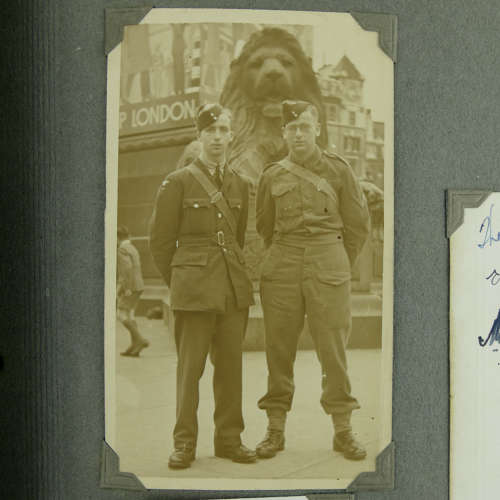 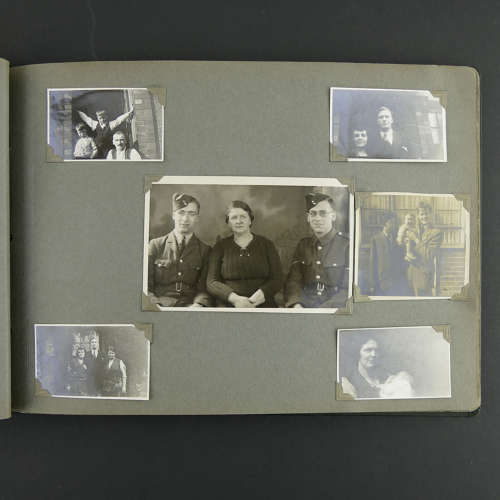 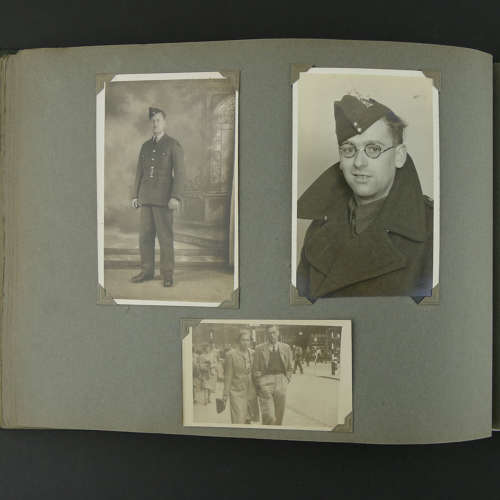 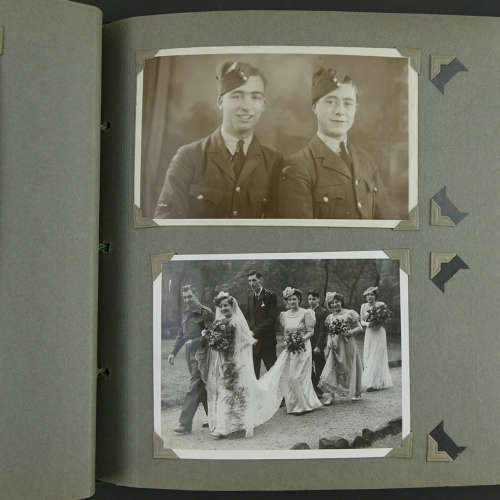 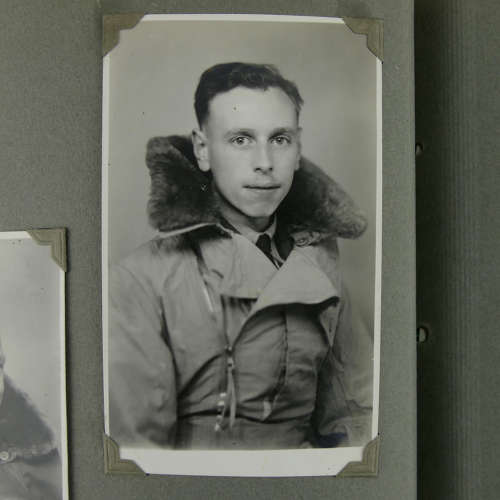 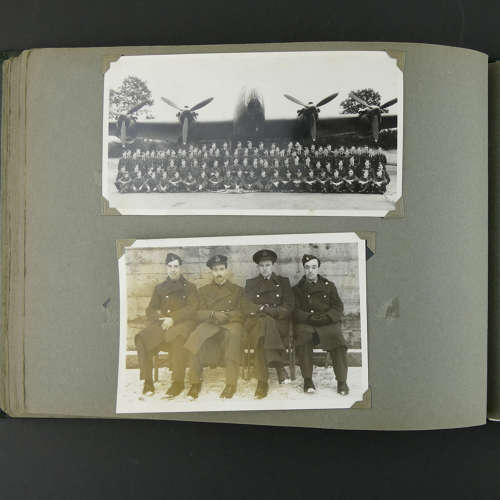 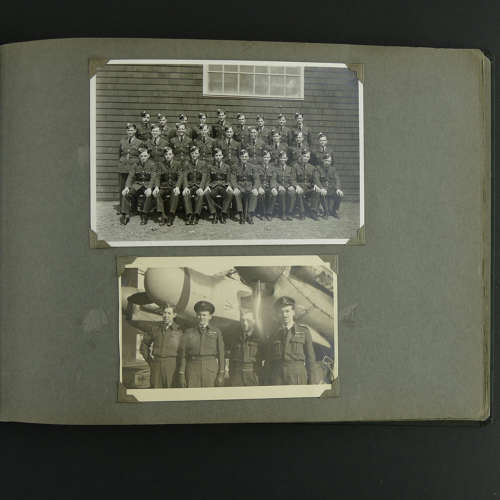 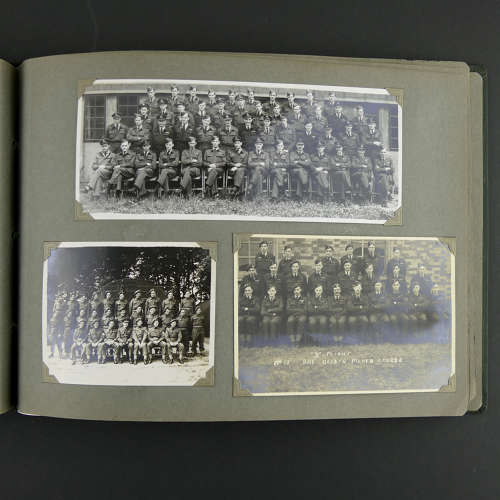 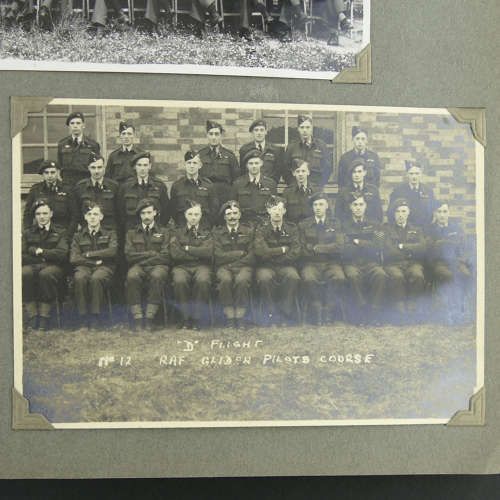 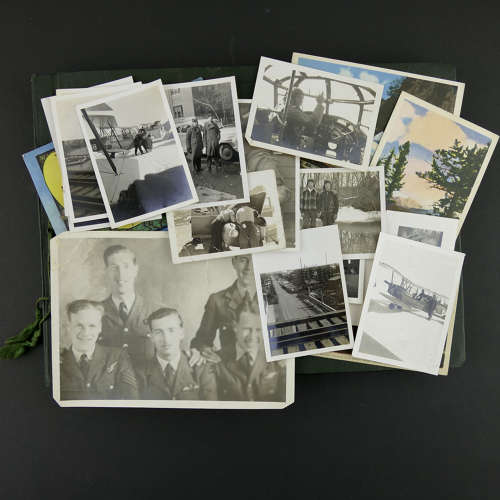 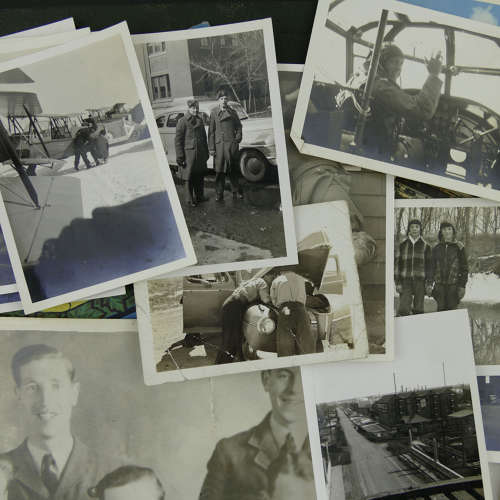 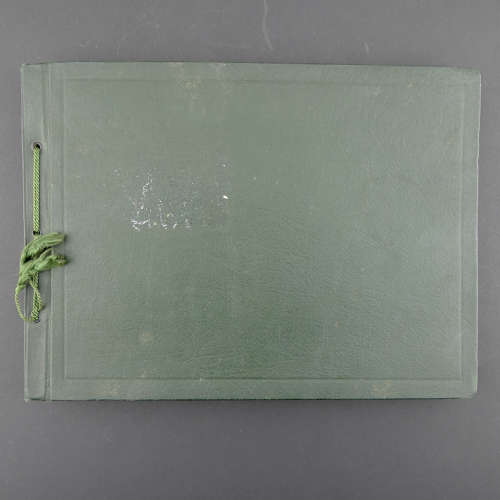 Card backed album approximately 33 x 24.5cm.  Contains photographs relating to RAF Sergeant Heaton's time training as part of the Commonwealth Training Plan (No.52 Course 41SFTS) in Canada and beyond.  These include personnel, airfield buildings, aircraft, wildlife, vehicles, girls, locals, landscapes etc.  There are quite a few of Avro Ansons including air to air and cockpit views.  A couple show Harvard trainers and quite a few of men in uniform including when the owner was back in the UK.  Three lovely postcard sized studio photos show three airmen (brothers?) in pristine Sidcot flying suits.  Another shows members of No.12 RAF Glider Pilots Course and lots of are family/friends.  At least one is early postwar dated to the rear.  There are also a few loose photographs and postcards.  Approximately 135 images in the album plus another 15 or so loose photos of varying sizes.  Stock code P22873-180.