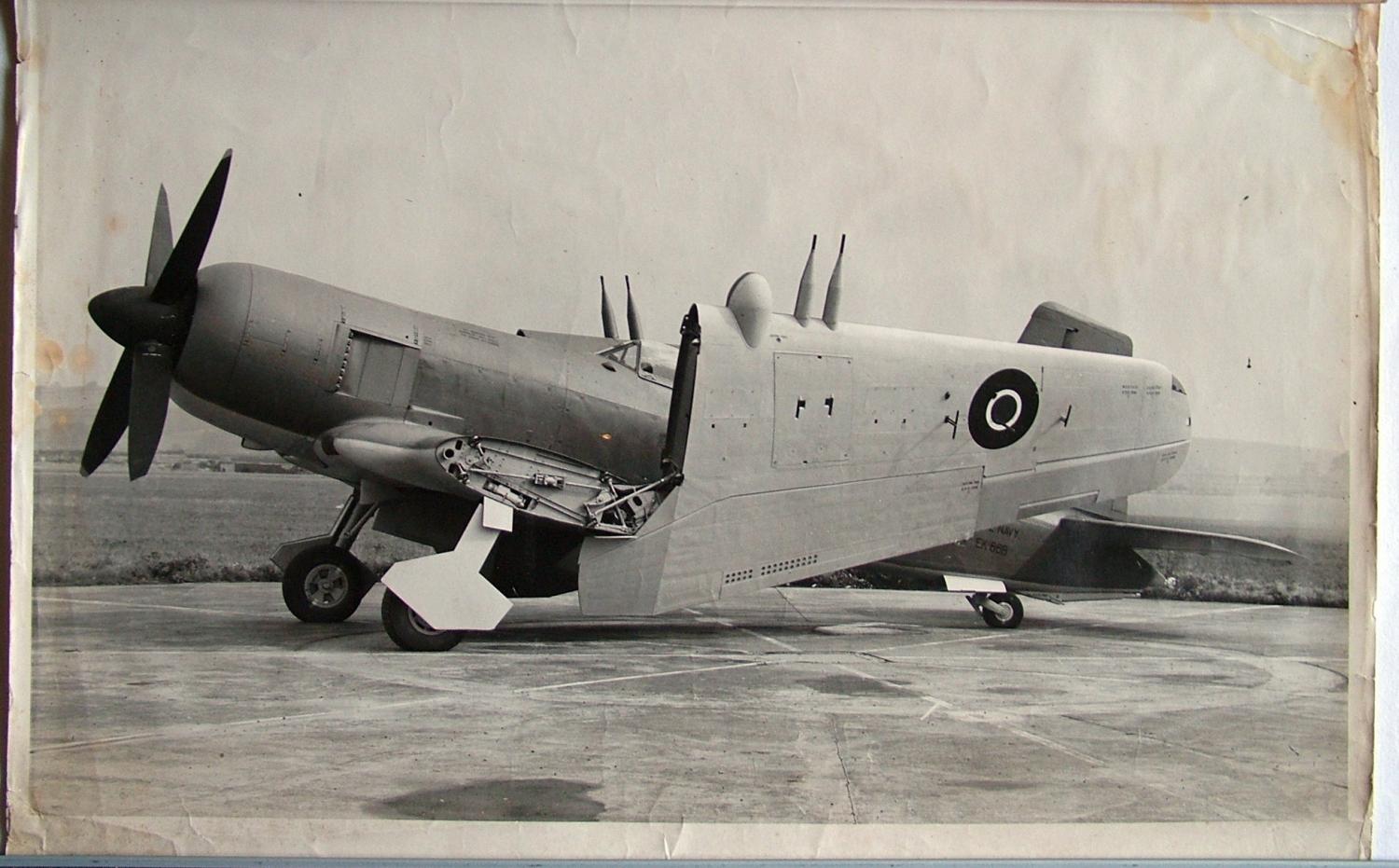 Approx. 50 x 33cm (20x13"). Large original wartime photograph of a Blackburn Firebrand III fighter with wings folded. Designed as a new two-seat short range carrier-borne fighter aircraft to replace the Blackburn Skua and Fairey Fulmar. The first production version of the Firebrand was the T.F. Mk III (T.F. standing for Torpedo Fighter). The Firebrand III was fitted with a teardrop style canopy giving a similar appearance to the Republic Thunderbolt. Twenty-seven T.F. Mk IIIs were completed, and most were used for testing. The main production version was the later T.F. Mk 4. There is creasing, some marking and small edge tears. Fortunately the actual image area is largely good and most of the problems are at the edges of the image. If a mount was added this could hide much of the damage. Would look superb mounted or framed. Stock code P17745. 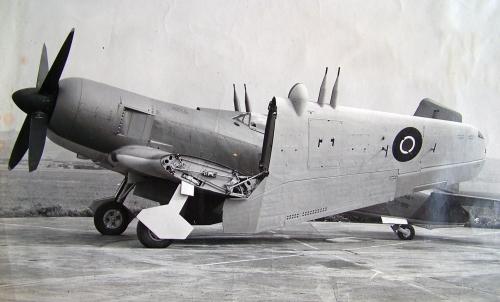 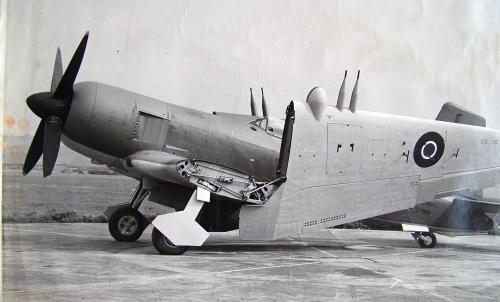 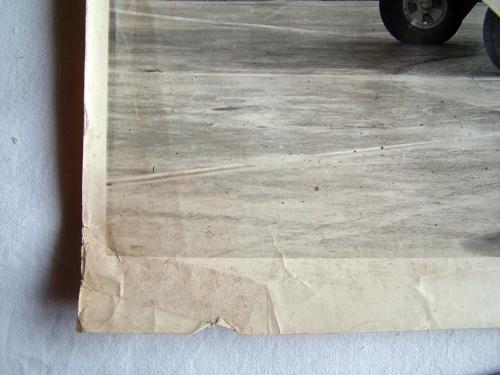 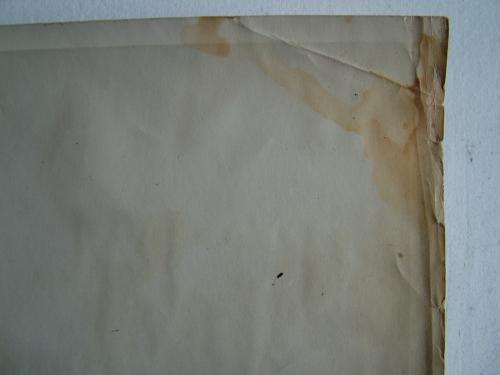