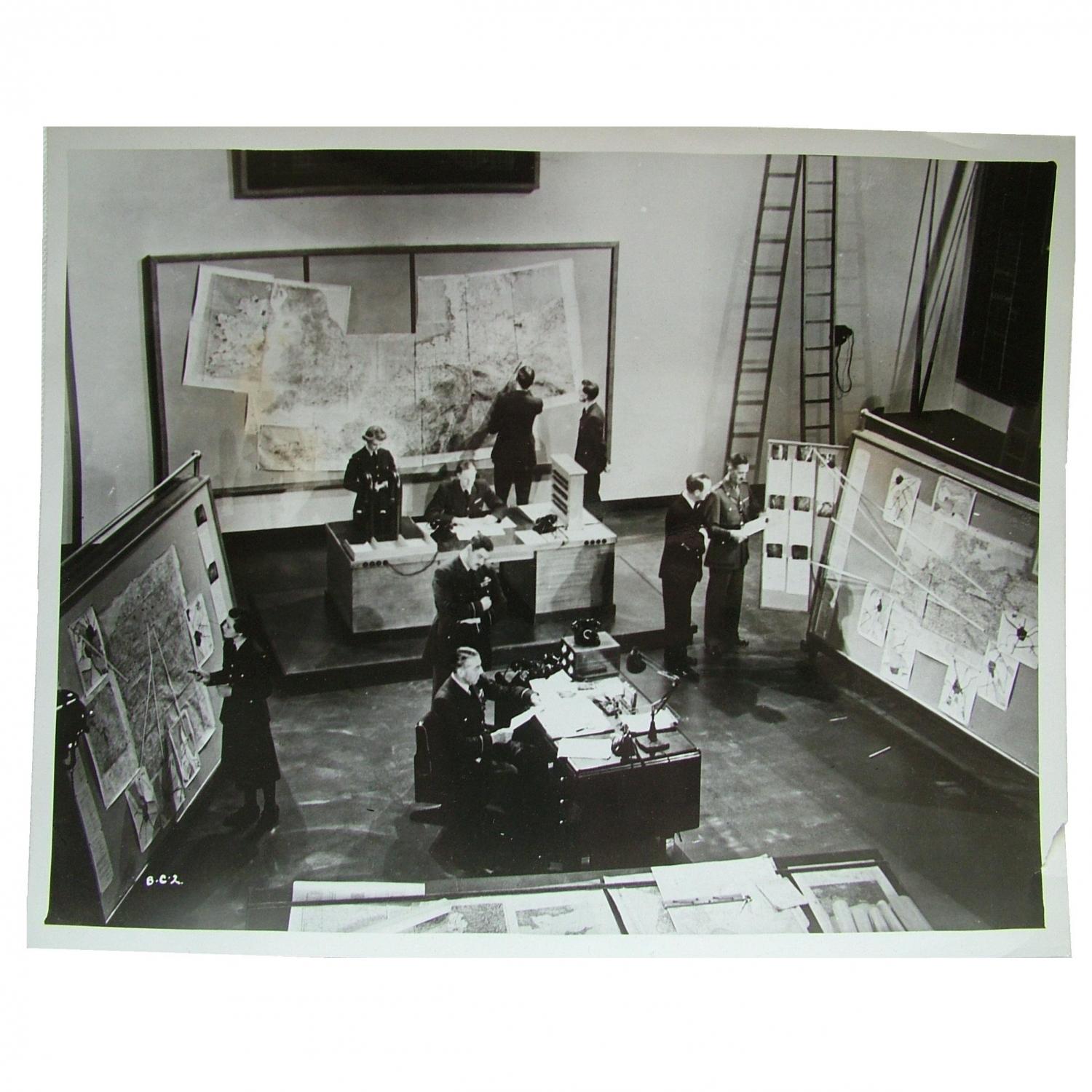 B + w press photo, approximately 26 x 20.5cm / 10 x 8". Shows the Operations room at Bomber Command HQ High Wycombe.  Various map boards can be seen with personnel including (Sir) Richard Peirse, Air Officer in Chief, Bomber Command and Robert Saundby going about their tasks. The photo is captioned on the back 'A scene from Target for Tonight - Operators room at Bomber Command Headquarters, where the Commander in Chief plans the operation for the night.'   The film 'Target for Tonight' was released in July 1941.  It was a documentary produced by the Crown Film Unit following the crew of Wellington 'F' for Freddie on a flight over Germany. Only actual RAF aircrew/personnel in genuine operational conditions were used.  RAF Mildenhall was used as the main station in the film and Bomber Command HQ High Wycombe for operation room scenes.  There is a small tear on the right edge, otherwise condition is very good.  Stock code P20599. 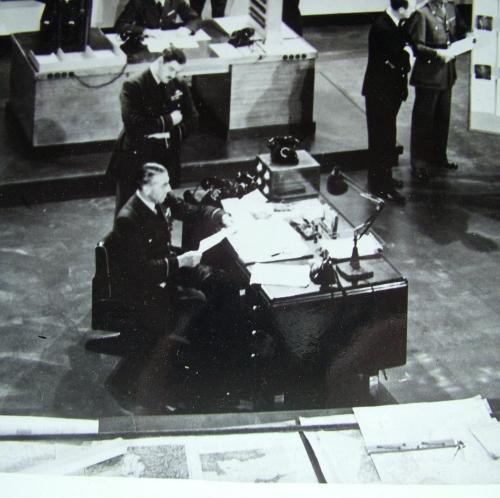 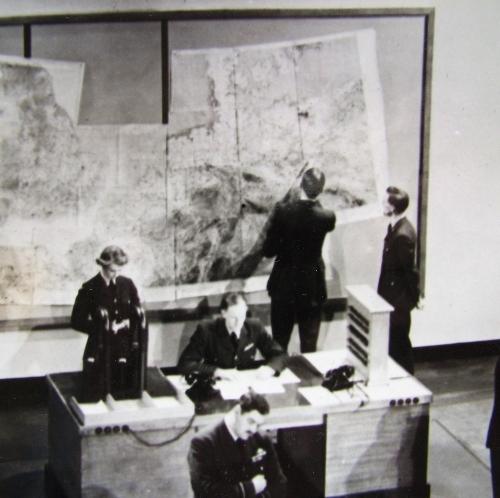 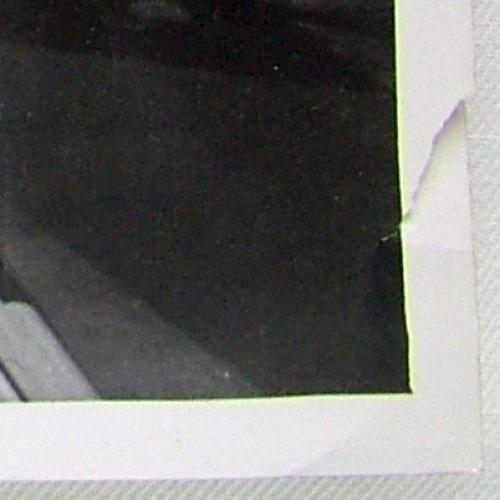 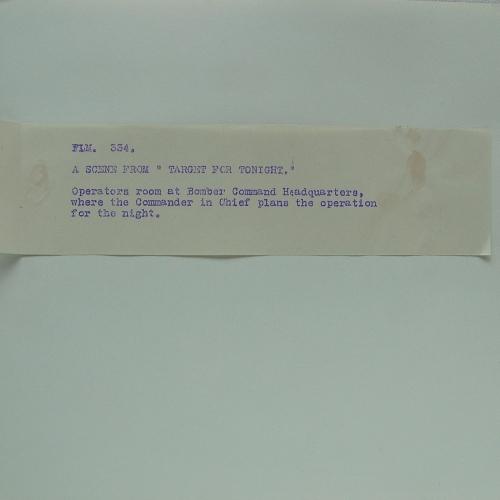