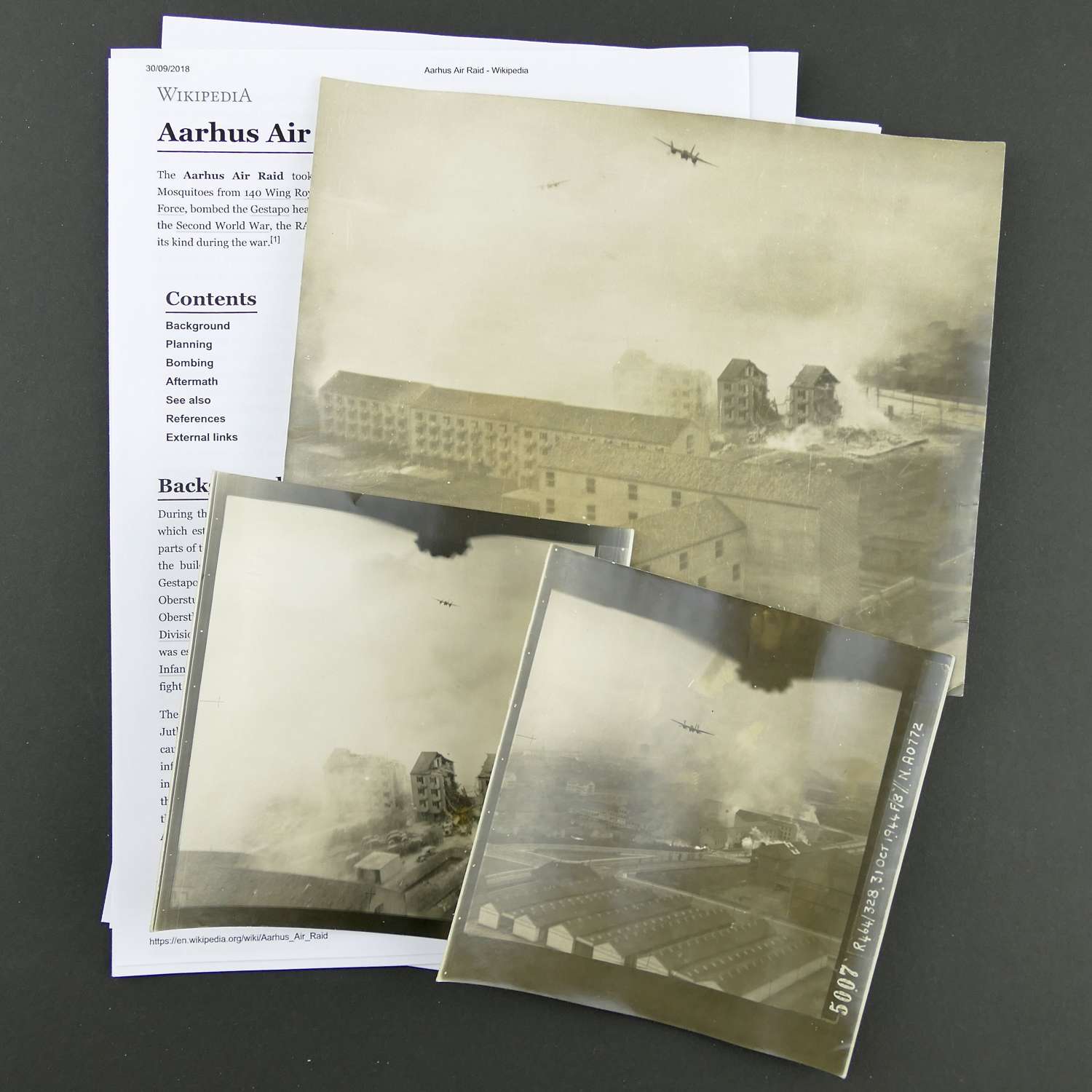 Original Air Ministry photographs relating to the daring RAF raid on Gestapo headquarters at the University of Aarhus in Denmark on 31st October 1944.  The largest is approximately 22.5 x 18cm, the other two 14 x 14cm.  These show Mosquito VI fighter bombers of 21 squadron over the target and the damage caused to the buildings.  The attack followed the arrest of Pastor Harald Sandbaek, leader of the Danish resistance and 145 of his men. The Gestapo held captured records relating to them within their HQ and the destruction of these was imperative, in order to save the lives of other fighters. Twenty five Mosquitos, escorted by Mustangs of 315 (Polish) Squadron undertook the precision bombing, flown at low level to avoid radar detection.  The raid was accurate, destroying many records, killing an estimated 150 -200 members of the Gestapo and SS but also 30 imprisoned Danish resistance fighters. Printed on Air Ministry photographic paper.  Stock code P24215A-41. 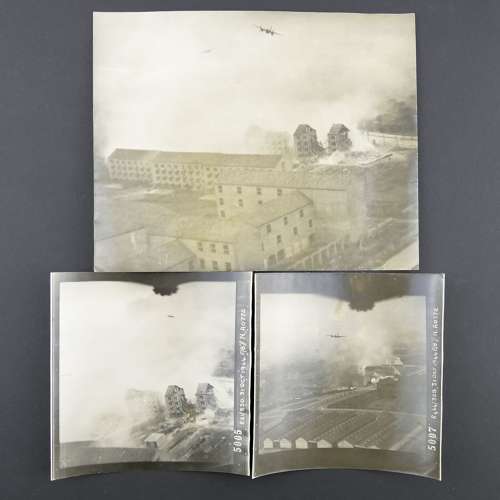 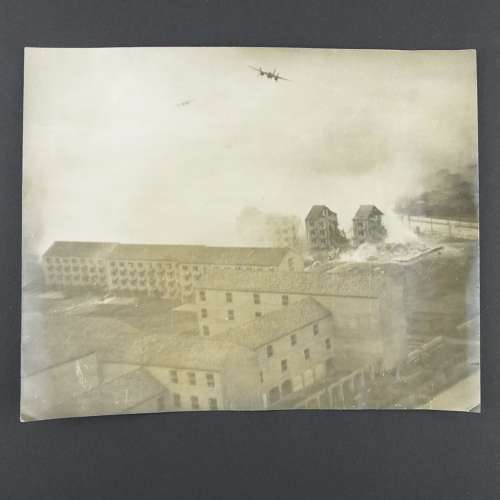 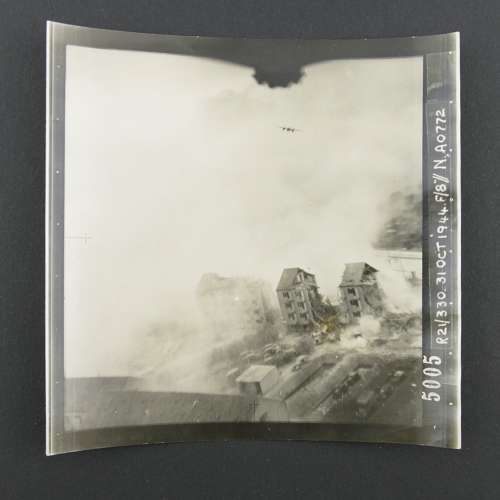 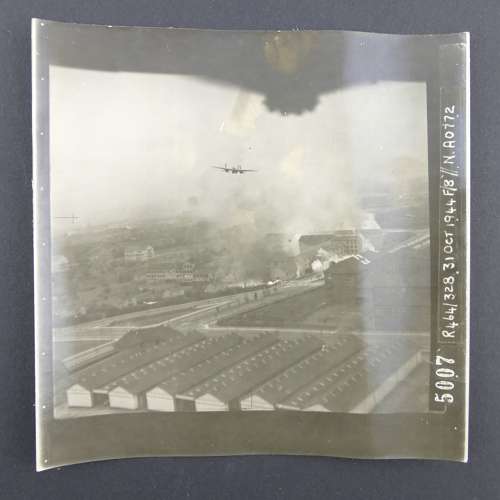