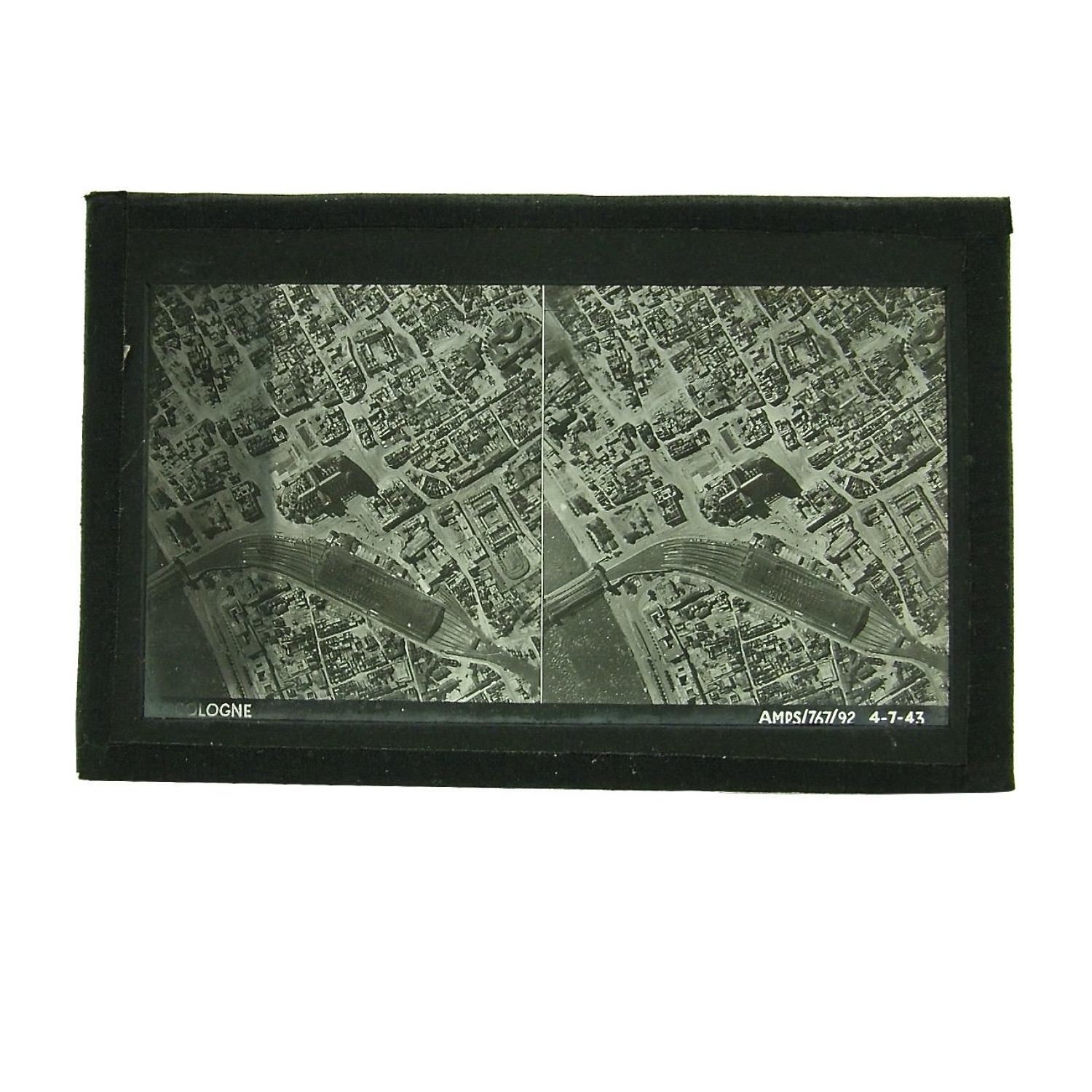 Air Ministry Photograph, Stereoscopic No. 767/92 taken on 4th July 1943 over Cologne.  On the 28/29th June 608 aircraft were sent to bomb the city, a raid that was to be its worst of war to that date with numerous buildings destroyed and huge casualties.  Over 4,000 people killed, 10,000 injured and 230,000 bombed out. Soon after these photographs were taken another raid attacked Cologne with 653 aircraft sent to bomb the part of the city where much industry was located.  Twenty industrial premises and 2,200 houses were completely destroyed, 588 people killed, 1000 injured and 72,000 bombed out.  The two photos were taken from very slightly different angles such that when looked at through a special twin lenses viewer, the image appears almost three dimensional.  These 'negative' transparency photos appears to show bomb damage from the raid and are mounted with card edges.  Extremely rare to find and in excellent condition.  Stock code P22973-153. 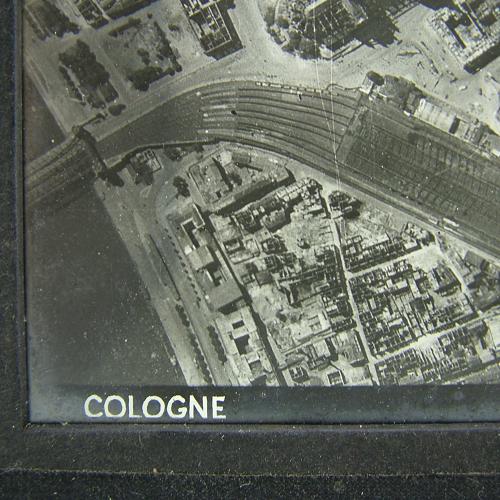 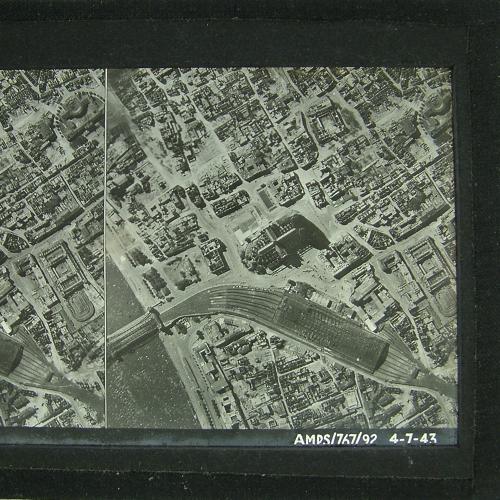 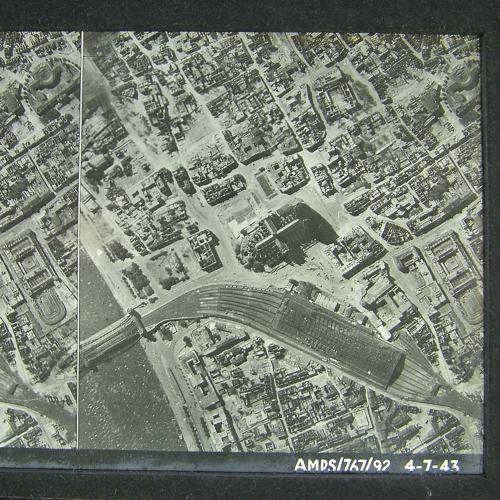 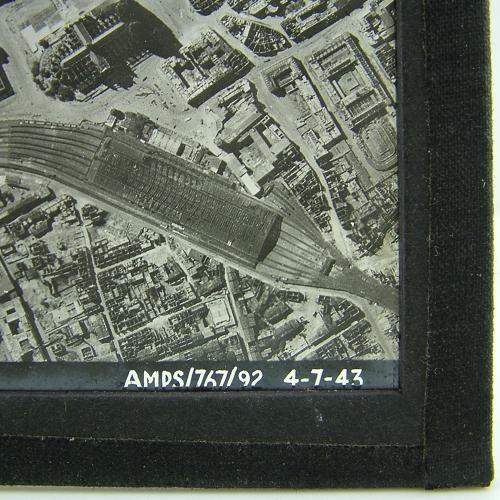