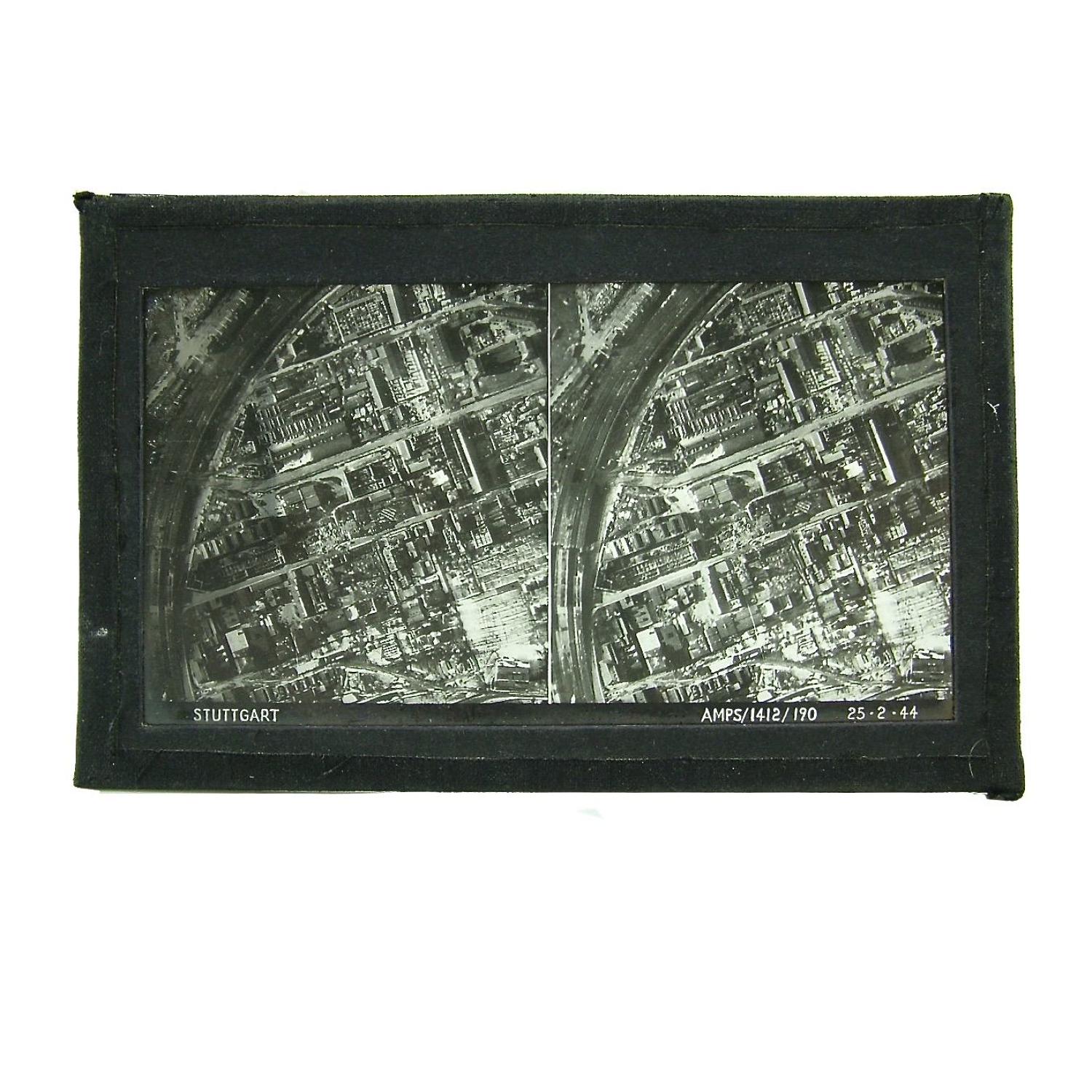 Air Ministry Photograph, Stereoscopic No. 1412/190 taken on 25th February 1944 over Stuttgart.  On 20/21st of the month 598  aircraft were sent to bomb the city.  Reports state that considerable damage was caused in the city centre and the Bosch factory was heavily damaged.  125 people were killed and 510 injured.  The two transparency photos were taken from very slightly different angles such that when looked at through a special twin lenses viewer, the image appears almost three dimensional.  The photos show bomb damage from the raid and are mounted with card edges.  Extremely rare to find and in excellent condition.  Stock code P22973-150. 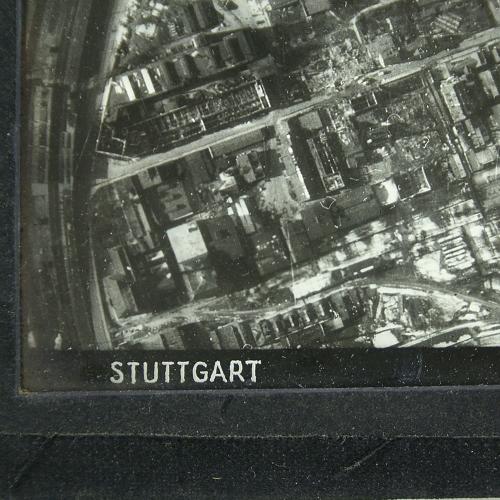 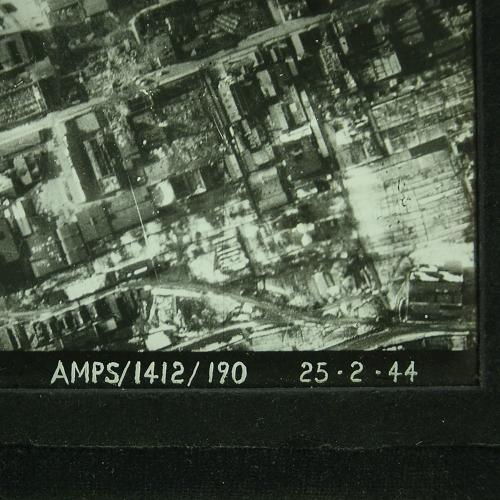 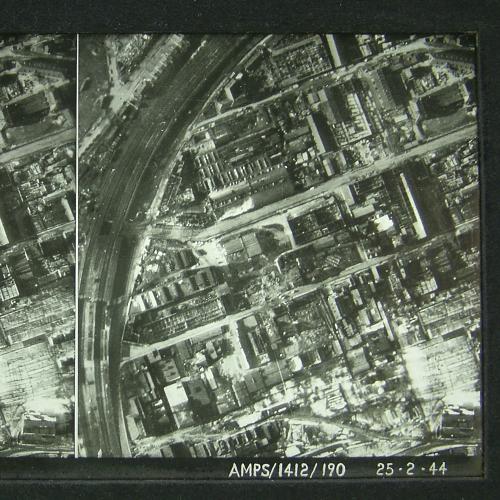